The significance of Balearic Day on March 1st heralds the season in the Soller Valley. Its only the corporate beings who are not yet open. They are still counting their pennies to see if its worth their while. Every other business, hotel and restaurant in the Soller Valley is open. The weather helps and many were out enjoying the market on Saturday and the lunch by the sea. On Saturday evening Soller turned green at 7 pm. This was a local solidarity event for the children of Soller who have complex needs and illnesses. The green gave an eerie look to our city centre and made us think that the world is not the same for us all.

I can’t get past the fears that the virus is causing many people this week. They are mainly bothered about being stuck somewhere in isolation for 14 days should they be unlucky enough to be in the wrong place at the wrong time. The conversations drift away from this subject and then return with the next news item. We live in a complex world at the moment and we didn’t foresee that 2020 would start in such a way. All the facemasks in Soller have sold out. The Town had 1200 and now its got a waiting list for those that still want them.

Local Soller news is still focused on the car parking charges soon to be levied in the Port. The outcry over this shows no sign of diminishing as local people who pay local rates and taxes are asking where they are supposed to park. To be the Mayor of Soller these days requires a magic wand. We have just heard that the start date for this has been delayed so that a feasibility study for resident’s cards can be done. Everyone is now asking why this wasn’t done before the installations of parking machines went ahead. Better late than never I suppose for constructive dialogue. 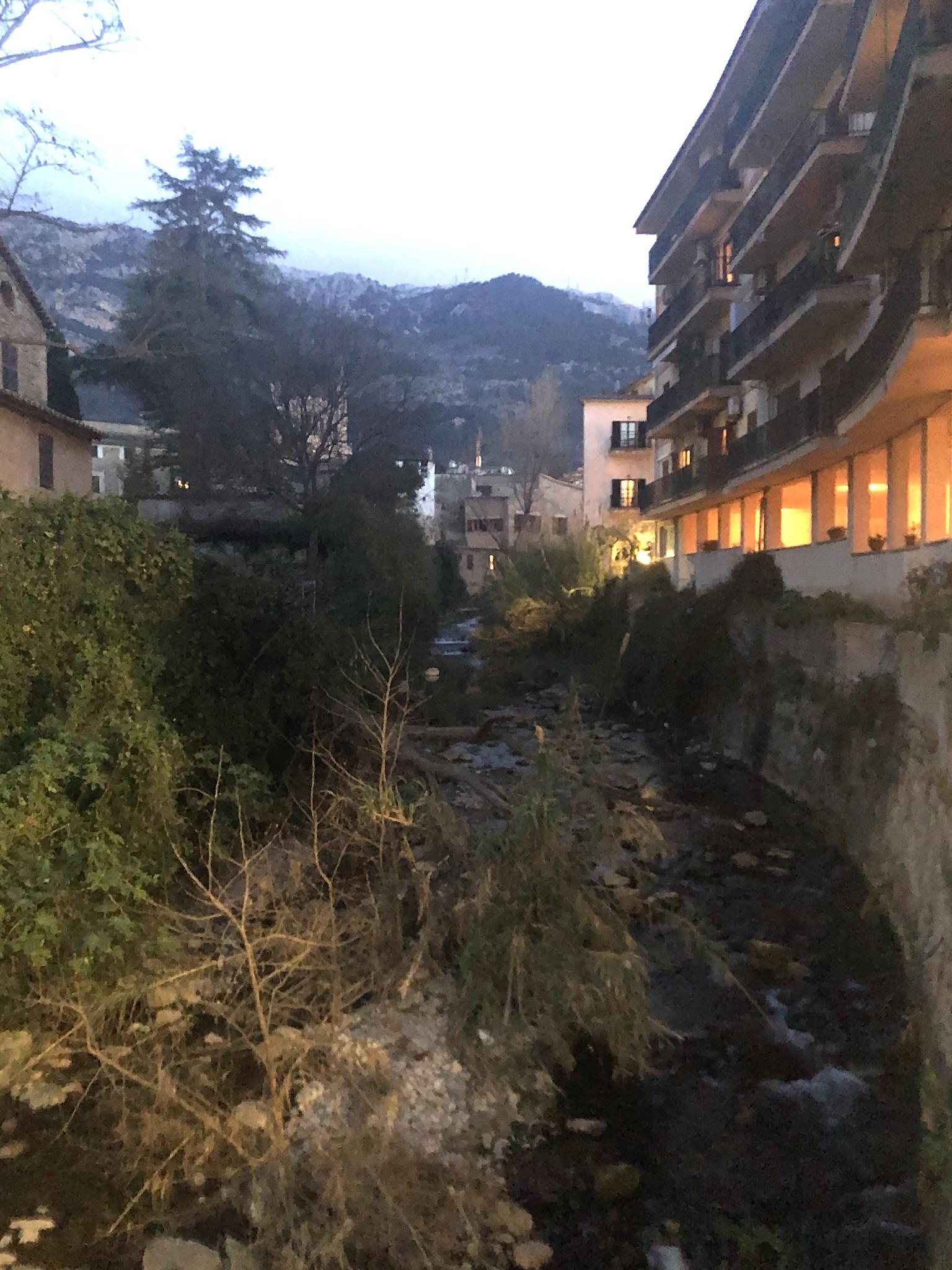 The month of March is generally beautiful with the optimism of spring included every day. For this year the seasons are so muddled that some days its almost like June. Our family have visitors from Cornwall this week and they are delighted to be drying out in Soller after what they have endured back home. Many more are arriving daily to soak up the rays and look at a blue sky full of sunshine. The tradition here is that come Easter the weather takes a dive and becomes wintery for a few days. This year, no one would be clever enough to predict.

This week we have had a climbing wall in Soller. This was part of the events for children on Monday. As Balearic Day was Sunday the children had a Bank Holiday on Monday instead. This wasn’t universal and most had to go to work. So the children and a lot of grandparents supported the wall and spent time playing in our City Centre.

From March 3rd to 14th the Tunnels of our area will be intermittently closed for renovations. The main Soller Tunnel will be open in one direction towards Palma. This means that the return journey will have to be over the Coll mountain after 10 pm. The route includes its infamous 52 hairpin bends and half the population who drive gingerly up and down it causing huge tail backs. The alternative when coming back from Palma is to drive the Deia coast road via Valldemossa. A notorious fog spot on that road makes it not the best choice for most.

In addition to this the tunnel between Soller and the Port will close for its repairs at the same time. Just watch out for the diversion signs on this one as it just sends you down to the sea front and then on to the rest of your journey. This closure is really not a problem at all as long as you look out for the signs. 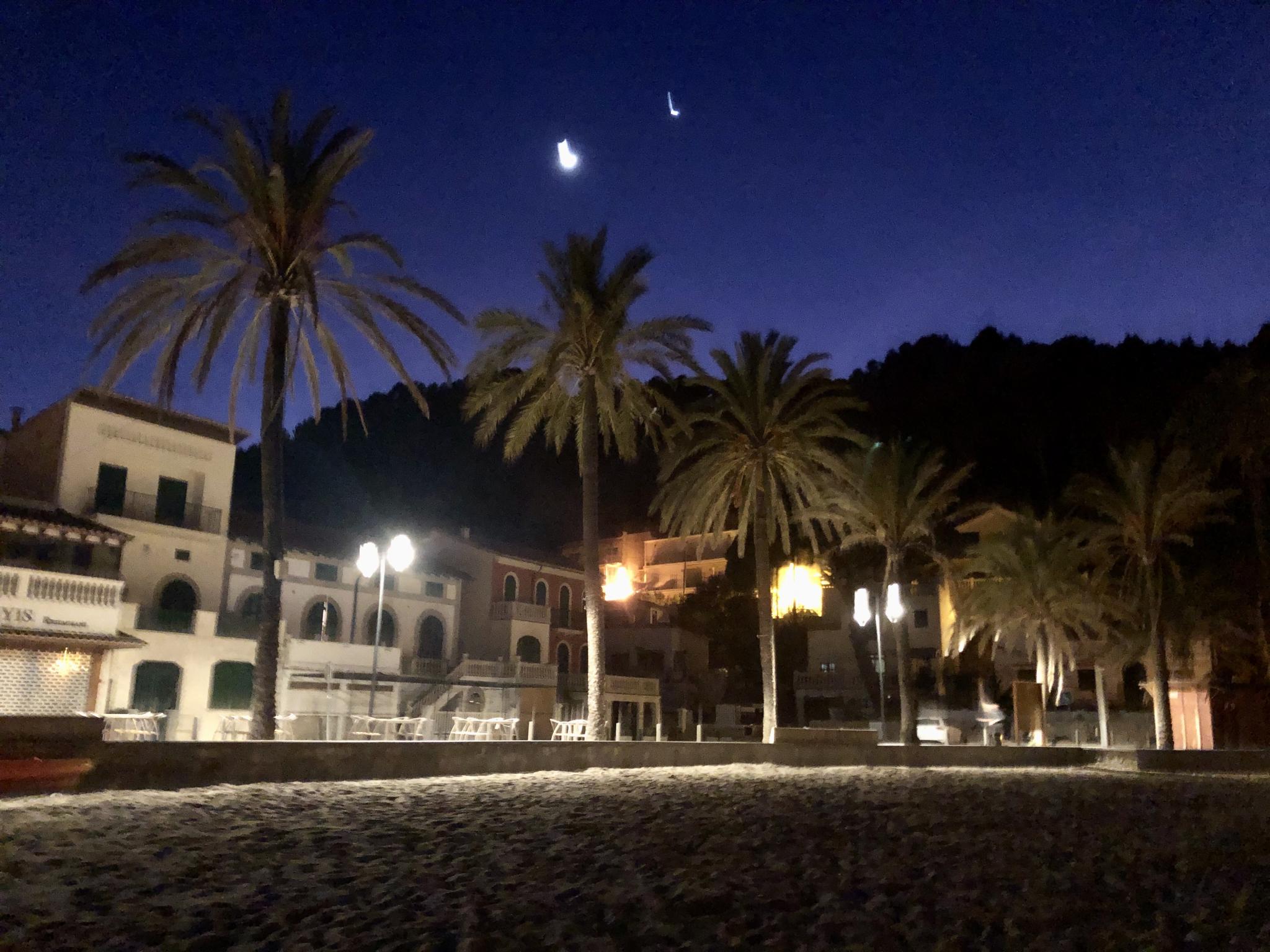 So the first week in March sees us worried about face masks, tunnel closures, parking fees and all the usual stuff of life. We can look forward to the two weeks of fun of the Orange Fiesta in the Soller Valley which starts on March 20th. Lots of our friends from all over the island come and take a weekend in one our great hotels for this event. We look forward to welcoming you and convincing you that the future in our’ island within and island’ is Orange…