The Stork is Back

With sightings of peacocks in the fields and flamingos by the beach, you don’t have to be a bird-watcher to think that Majorca has become quite exotic over the last few years.

On 18 January, a rarely seen white stork was spotted by bird-watchers in Parc Natural de s’Albufera, Majorca’s water reserve and natural conservation zone. Another was seen a few weeks later by several motorists and myself behind the airport’s floodplains. And an impressive three this weekend in the alfalfa fields in front of Jardines Alfabia, Camí de Can Capó. 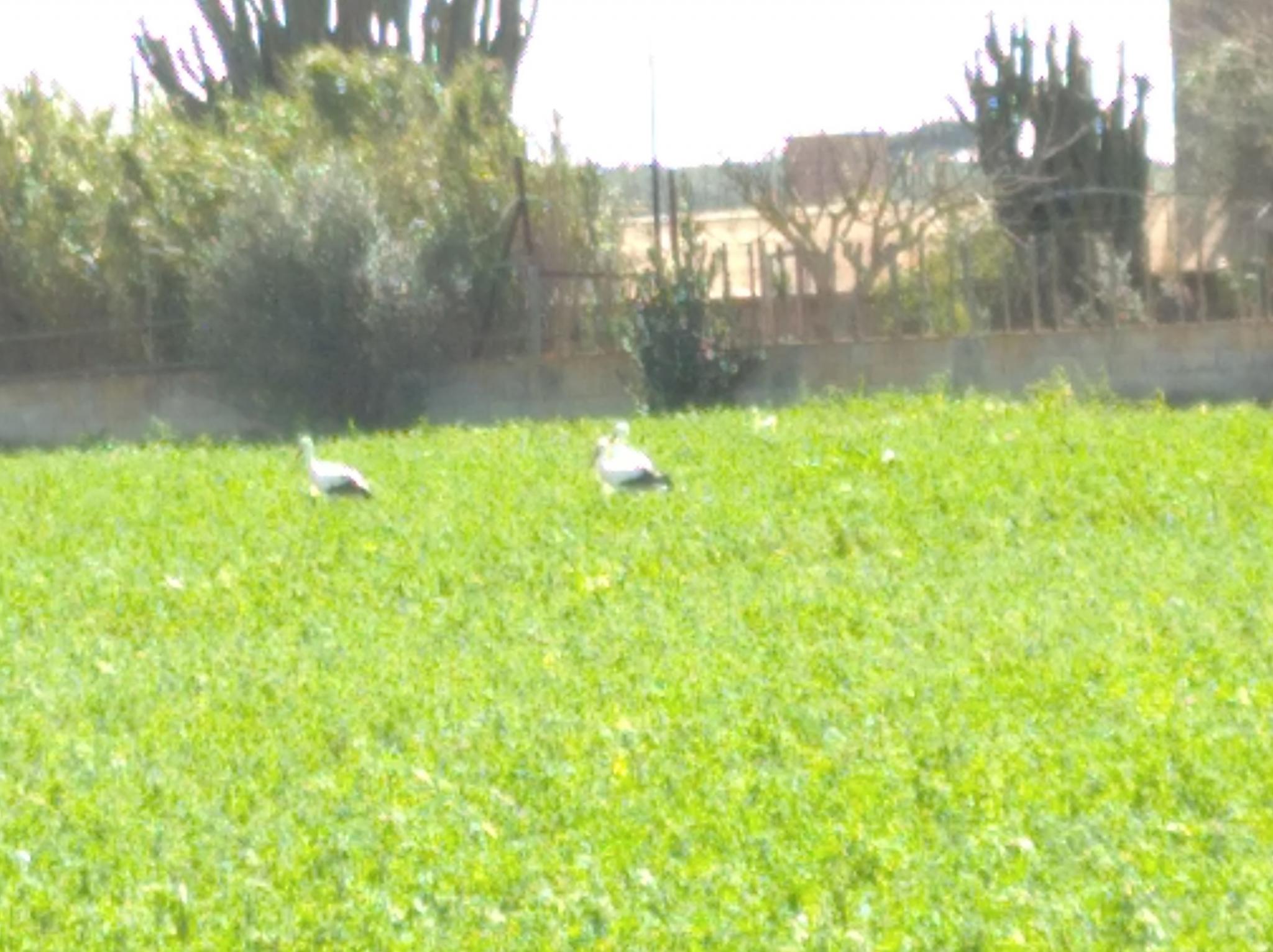 Associated with carrying babies and roosting in TV aerials, the white stork actually is a migratory visitor from Africa that returns to its European breeding grounds every spring. They normally live in open wet grasslands so felt perfectly at home picking about the floodplains behind Son Sant Joan airport, enjoying a convenient stop-over like any other regular tourist.

These impressive birds fly 20,000km in roughly 50 days – a long and perilous journey fraught with storms, fatigue and hunger. Normally, Majorca does not fall in their flight path, but international researchers are finding that storks are changing their migratory routes due to environmental factors. Milder and shorter winters like this one means they can find nesting grounds closer than ever before.

With Majorca’s winters becoming warmer, the chances of stork visits will probably increase. The extremely rare sighting of 11 storks, in 1999, foraging in wetlands next to Cami des Punts (Son Ferriol – San Jordi), could become a regular show for Majorcan residents.

But how would that affect Majorca’s ecosystems? The white stork has an extensive menu of aquatic rodents, reptiles, insects, small birds and their young as well as crustaceans and molluscs and provide a cleaning service to migratory areas where their visits form part of the natural balance by keeping rampant populations under control. Equally, they could devastate a struggling amphibian or bird population and many Majorcan species could be threatened if they decide to make the island a permanent stop-over.

While stork populations are in decline in some parts of the world, in others they are on the increase.

So the sight of the long legged, elegant bird could well become a regular one in Majorca, as the storks’ migratory routes continue to change. Of course, there is always the opportunity to cash in on these exotic appearances, and Majorca is becoming something of a birdwatcher’s paradise.