The Quarantine life of the Humans of Majorca

Humans of Majorca and Quarantine isolation is in the news. All countries are making local and global decisions for their communities. Majorca is an island with vast historical experience of the successful management of quarantine. In the ‘History of Soller’ project that I am currently involved in, many hours of information gathering were spent in the ‘Lazeret’ world.

Mediterranean quarantines are the centuries-old practice of collective defence against epidemics. The Med was the birthplace of so many epidemics that work was done from 1750 to 1914 on control management. This took place alongside the science and development of all aspects of bacteriology and hygiene of the time. Cholera and plague was what our early day scientists in Majorca were working on. Since that time the technological revolution in maritime and land transportation and the modernisation policies in Mediterranean countries have been the main factors behind the transformations.

We are now being challenged again and quarantine and isolation are in the long term time frame for some of our people. It might be interesting now to visit the work of the past and see just what they did to contain the problem in Puerto Soller and many other Ports around Majorca.

Fishing and trade was an important part of daily life for the Solleric but the connection with the sea was vulnerable. They saw the Mediterranean as a big monster full of threat and violence. The fear of a pirate attack was constantly present and diseases were never far away. An infected ship once docked in the port spread an epidemic in no time.

This was such a serious issue that mandatory quarantine was introduced in the whole of the mediterranean. The Yellow flag was hoisted above the Lazarets which were situated all around the coasts of Majorca. Sailors had to stay in quarantine areas for three weeks before being free to travel the island and complete their sailing and delivery tasks. Cholera was amongst the many infectious diseases the islander needed protection against. The Port of Soller had its own Lazeret which was at the entrance to the quarantine areas reaching up to the Muleta and the Lighthouse on the Repic Beach. This area is still remembered by locals as being a ‘no go’ area of the past. 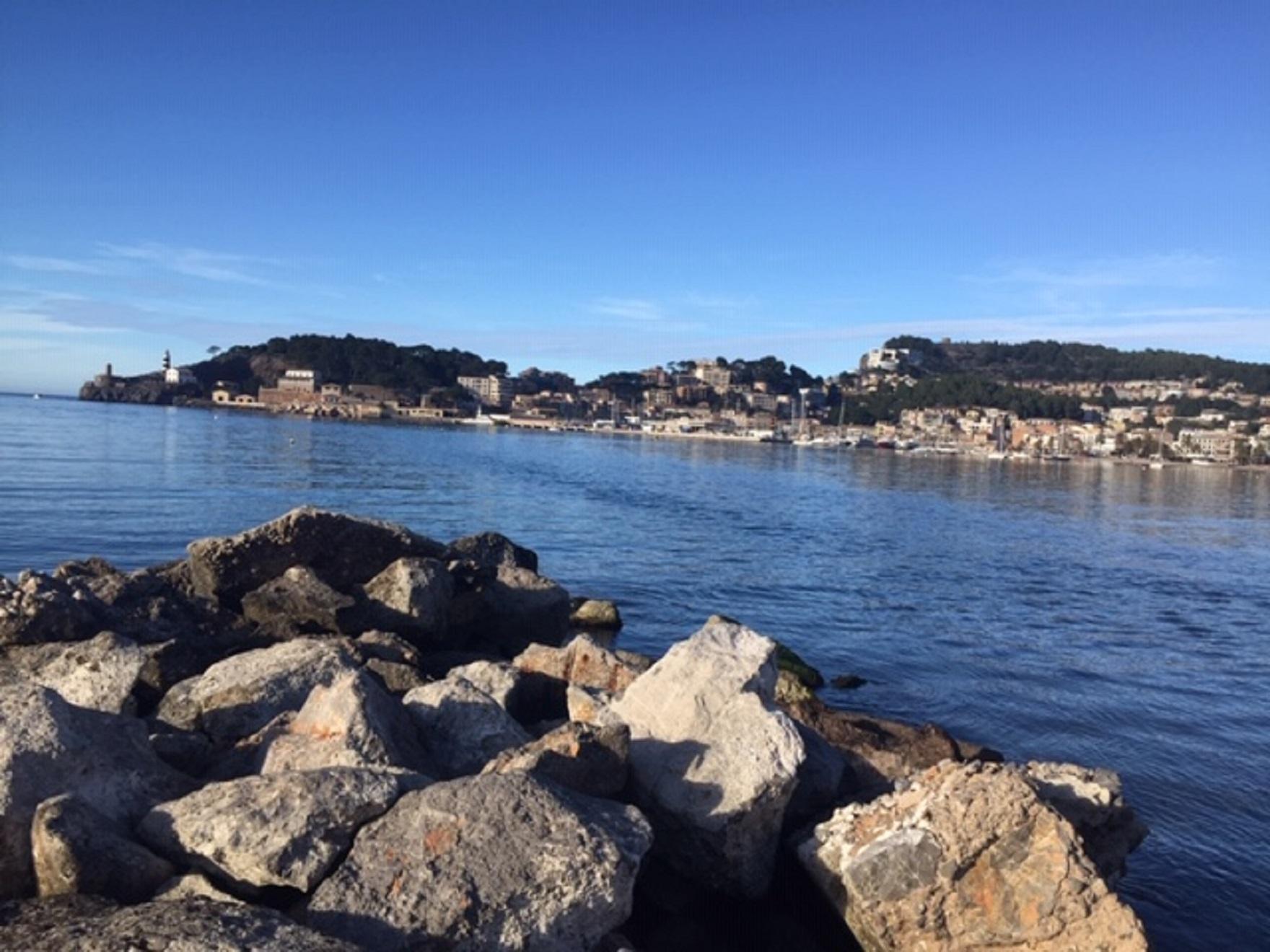 The three week quarantine held many fit sailors who were put to work in the area between the Repic Beach and the lighthouse. They cleared roads and generally maintained the area. They were in a beautiful outdoor prision where the best medicines were fresh air, food, sanitation and the medical services. Some were sick and became very ill and died in that time. Many more claimed their certificate after 3 weeks to say they were disease free and ready to move around Majorca.

Mediterranean Island communities have much experience of keeping folk in quarantine while all around them carry on life as usual. The Lazerets of Majorca are history and are signposted. They are usually taken little interest in. Who wants to know about the mass quarantine and restrictions on lifestyle that our ancestors endured. All change now as many have become fascinated by this whole new world.

The Lazeret ships were also used when the onland facilities were full. The yellow flag was raised and all knew they were holding people who were being held in case a contagion was found. These were soon dispensed with as the close proximity to people meant that disease, when found, just spread. The on land, open air access was definitely the centre of best practise.

So many years of development since then when vaccines and cures for so much has been found. It is just fascinating that in spite of all that the age old quarantine and isolation practises are swinging into action in Majorca and everywhere else.

History is never just history it is a blueprint for the future. As we enter the beginning of restrictions here with school closures and more, we know that this is just a period we have to go through. Life will be different for awhile but all the time we are learning. Just all part of the great circle of life…

So fascinating.... So why did it take so long to get the island in quarantine. ibiza18@usa.net was quicker about it and has huge support among us residents. Let's pray

Terry | over 2 years ago

Fascinating and interesting article, eap in light of the current climate. Thank you