Cheese is the tops but in moderation

More than 50 years ago the British Heart Association (BHA) issued the results of a major study that had a very clear message for everyone: we had to cut down drastically on butter, cream and other dairy products such as cheese. If we didn't we were at great risk of suffering heart disease and premature death.

Newspaper stories that followed the report were so scary I wanted to know more, so I sent off for a copy of the official BHA study. After reading it I decided to cook without cream, to slash my use of butter and to eat less of all other dairy products.

At that time I was very much into French cuisine and under the influence of Elizabeth David and Escoffier and I was using lashings of butter and cream — two of the main culprits, according to the BHA report.

I used to do lovely cream of vegetable soups into which I'd stir cream and butter just before serving them with crisp croutons — sautéed in butter. I cut out cream completely and bought butter in 100grs packets that I used as a weekend treat for French style omelettes or scrambled eggs. I lost the taste for cream and nowadays I never buy it. I still automatically reject anything on restaurant menus that comes with a creamy sauce.

Cream in my coffee? Even in the old days it wasn't for me. What I like about coffee is its sharp bitterness and cream kills that sensation stone dead.

The BHA report warned against the saturated fats in dairy products and told us they clogged up the arteries, thus leading to possible strokes and heart attacks. That was when I first heard of cholesterol counts and the dangers lurking in saturated fats.

Cholesterol has never been one of my problems (my count has always been under 168) but that BHA study made me very conscious of animal fat and I have been successful at avoiding excess amounts of it. At home I have been a 90 per cent vegetarian for decades.

However, when I do the restaurant review, animal fat taboos aren't on the menu: I eat what is best for the review I have to write. So when I had my first Basque chuleton a couple of weeks ago, I was even more impressed by the lovely silky fat than the delish and very tender meat. More about that when life starts to return to normality, the restaurants reopen and the review appears in its usual Thursday spot.

Some years after the BHA report was published the Food Standards Agency (FSA) started a campaign aimed mainly at lowering the country's high obesity rates. Saturated fats were once again under fire, especially those in cheese sandwiches, cheese on toast and buttered toast.

Part of the new message was that foods we eat every day, such as meat, dairy products, snacks and sweets, are higher in saturated fats than most people realise. One cheese sandwich contains more than half of the recommended daily amount of saturated fat.

Most of us have no qualms about eating cheese because we consider it to be a natural source of good protein. It is also very tasty, either on its own with bread and a glass of wine, or grated and sprinkled over pasta or risotto.

And there's also scrummy melted cheese on toast. Is there anyone, apart from those with allergies or intolerance, who doesn't like a slice of toast topped with bubbling cheese that is starting to brown in patches?

But cheese isn't always what it seems to be. Some, such as cheddar and cheshire, contain preservatives like sorbic acid, and edam may contain sodium nitrate with the rind having some artificial colouring. Processed cheese and cheese-flavoured spreads are made with emulsifying agents, lactic and acetic acids, salt and extra flavourings.

But at that time the FSA was more worried about the calorie content of cheese, which is why excessive amounts can lead to obesity. Cheddar, one of the most popular cheeses in Britain, has 398 calories per 100grs but parmesan (408) and stilton (462) have more. 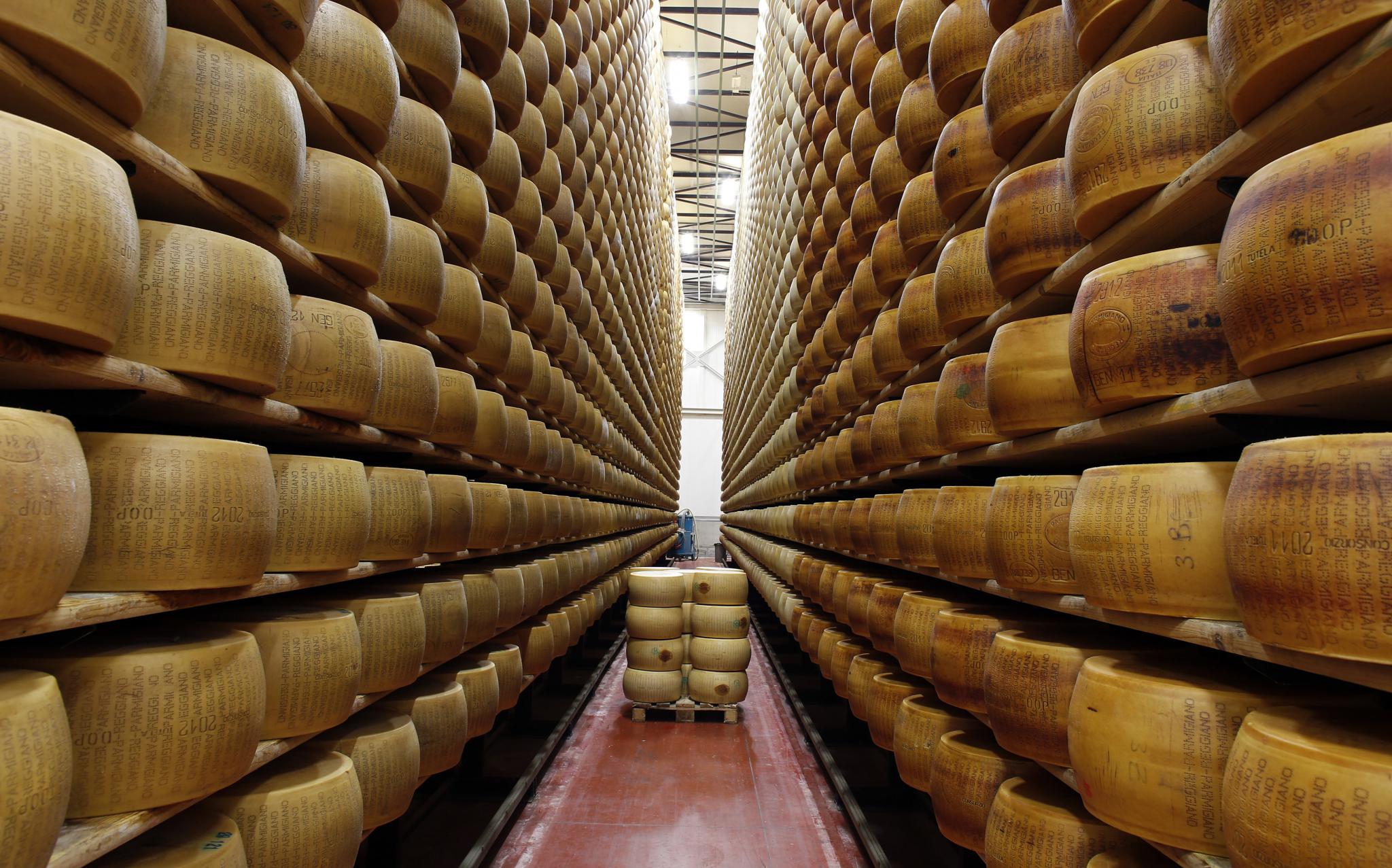 If we're counting the calories, cottage cheese (or requeson, its Majorcan equivalent) is best because it contains only 0.03 per cent fat. Cottage cheese has the most favourable ratio of protein to fat, but it is so tasteless it needs to be perked up with pepper and other spices as well as lots of fresh herbs. The same is true of requeson.

Part of the attraction of cheese is precisely its full fat content and its salty taste. It can also help the body to release feel-good chemicals. But there's a downside: in large quantities it can increase mucus production and have an acidifying effect.

But in the end, for avoiding obesity, cholesterol and other unwanted side effects, it's best to eat cheese in moderation. Cheese is one of life's great pleasures and by eating it in small amounts we can enjoy it every day.

Cheese was known to the ancient Sumerians about 6,000 years ago and bread was being baked by the ancient Egyptians about the same time. So it's not surprising that bread, cheese and a glass of wine became one of the Mediterranean's great culinary delights and a favourite snack.

The British also took to bread and cheese very easily (just think of ploughman's lunch) although they prefer a glass of beer — and sometimes a well aged port when the cheese (preferably stilton) comes at the end of a meal. And the British, more than most other nations, also adore cheese on toast. Peter Graham devoted 23 pages to cheese on toast in Classic Cheese Cookery. One of the reasons Britons are so fond of cheese on toast is that so many of their hard cheeses melt beautifully and are ideal for this dish. Peter Graham's preference is for caerphilly and wensleydale. He also recommends genuine farmhouse cheshire, double gloucester or a really fine cheddar.

It is not known who first thought of putting cheese on top of a slice a bread and popping it into the oven until the bread was toasted and the cheese bubbling and with a light tan in places.

What we do know is that Welsh rabbit, toasted bread with a cheese sauce topping, was first mentioned in a book called The British Housewife by Mrs Martha Bradley in 1755. A book published in 1542, Andrew Boorde's The Fyrst Boke of the Introduction of Knowledge, mentions a Welsh dish called 'caws pobi' that translates as `roasted cheese' but it is not known if it was served on toast. The term 'Welsh rarebit', a pretentious euphemism for Welsh rabbit, was first recorded in the 1770s. But Welsh rabbit isn't cheese on toast because the topping always includes various condiments, making it more of a cheese sauce than anything else.

The reason for adding mustard and other condiments to Welsh rabbit is to make the topping lighter by cutting the greasiness in the cheese. This was an important point in the old days when Welsh rabbit was sometimes served as a relish at the end of a big meal: a light tangy topping went down better. There are recipes for Scottish and Irish rabbit, but it's the Welsh one that is still made.

But most people (except perhaps the Welsh) prefer plain cheese on toast. No wonder Ben Gunn craved for it during his three years on Treasure Island. "Many's the long night I've dreamt of cheese —toasted, mostly."