Porsche 911 doing what they do best, cruising in Majorca. All of today's photos were provided by the owners. | Owner photo

Since last week, talk in the media has started to turn increasingly to de-escalation of the confinement. Not a tidal wave, more a nuance. What’s interesting is that this is a universal phenomena, not just in Spain. Notable throughout Europe and I include the UK in that region because we’re talking geography here not politics. And at the end of the day the UK is part of Europe. Whether Boris likes it or not. 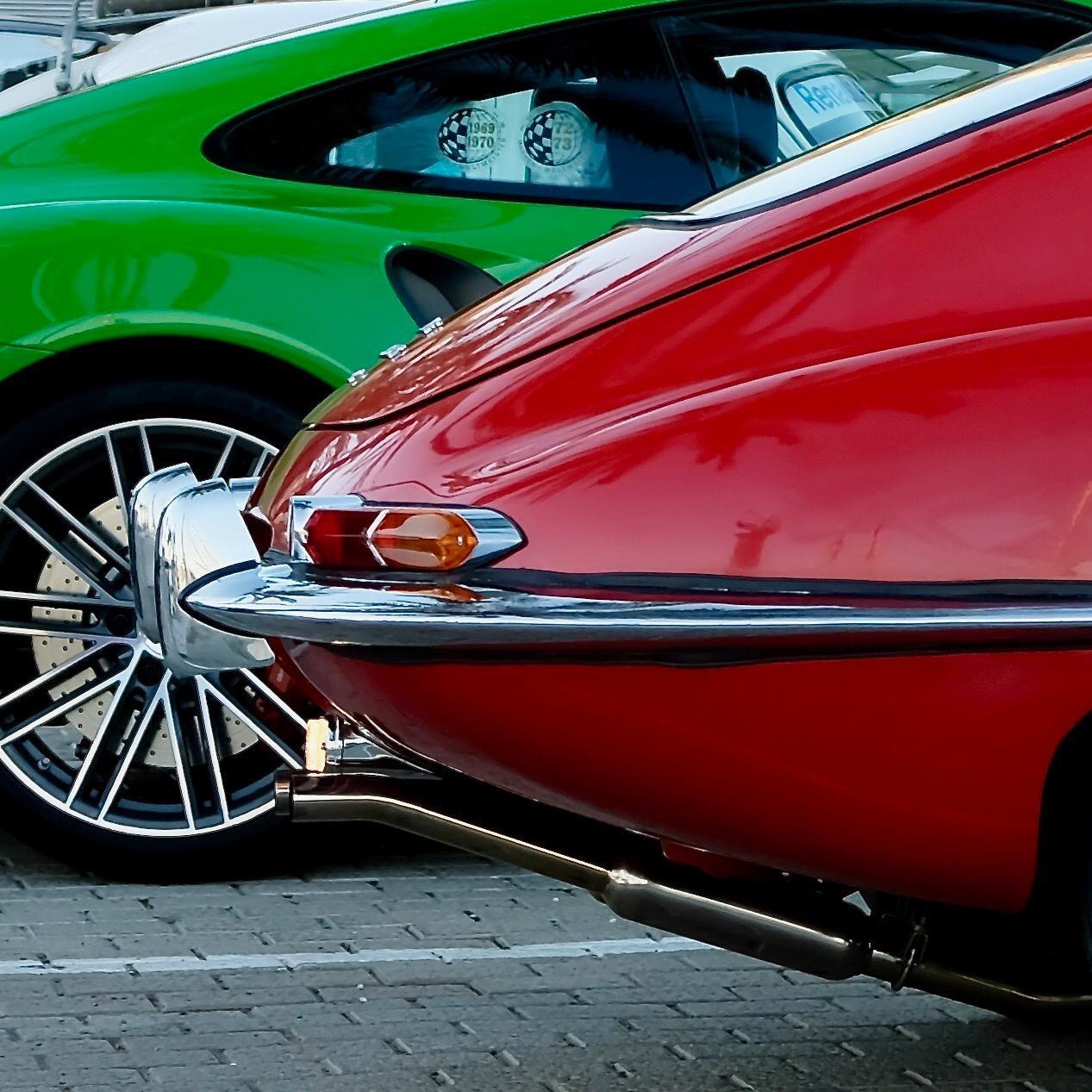 This photo has it all: composition, colour, light. Red E-Type & fluorescent Porsche 911.

As in most countries, the continuing mantra in the UK has been ‘taking the right measures at the right time’. And many people questioned why some of the lockdowns didn’t start much earlier in order to shut down the virus spread. It was difficult to understand a few weeks ago and the blame game was in full flow. To be fair, the authorities did try to explain the logic. But it’s only just now, after a few weeks, that the answer is becoming clear. The science and modelling show that people have a finite ability to deal with such dramatic changes to their lives. So I’ve only just come to accept that the UK lockdown really had to take place as late as possible, in order to last long enough. 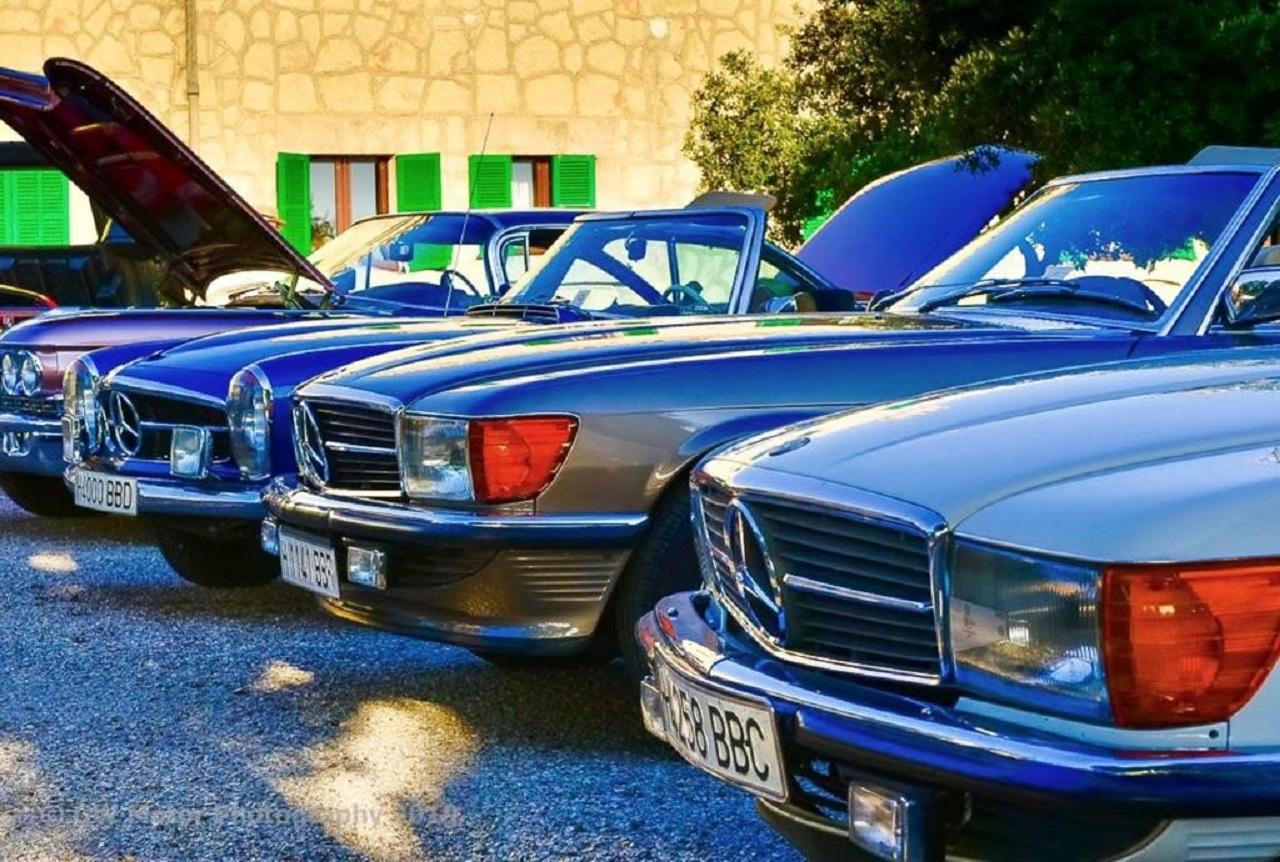 A brace of Mercedes SLs at a sunset picnic in Randa. Back in the BC days.

One of the first public signs of the finite was the mayor of Barcelona campaigning for children to be allowed out in the fresh air. In London it’s easier to observe a mood change taking place because we’re allowed out more than in Majorca. The faces on the street have changed subtly from expressions of abject fear and a fixed grin, indicating a determined lockdown spirit, to something a little softer. Not that it’s easy to see the faces behind the masks, but the eyes say it all. So maybe a ray of hope. 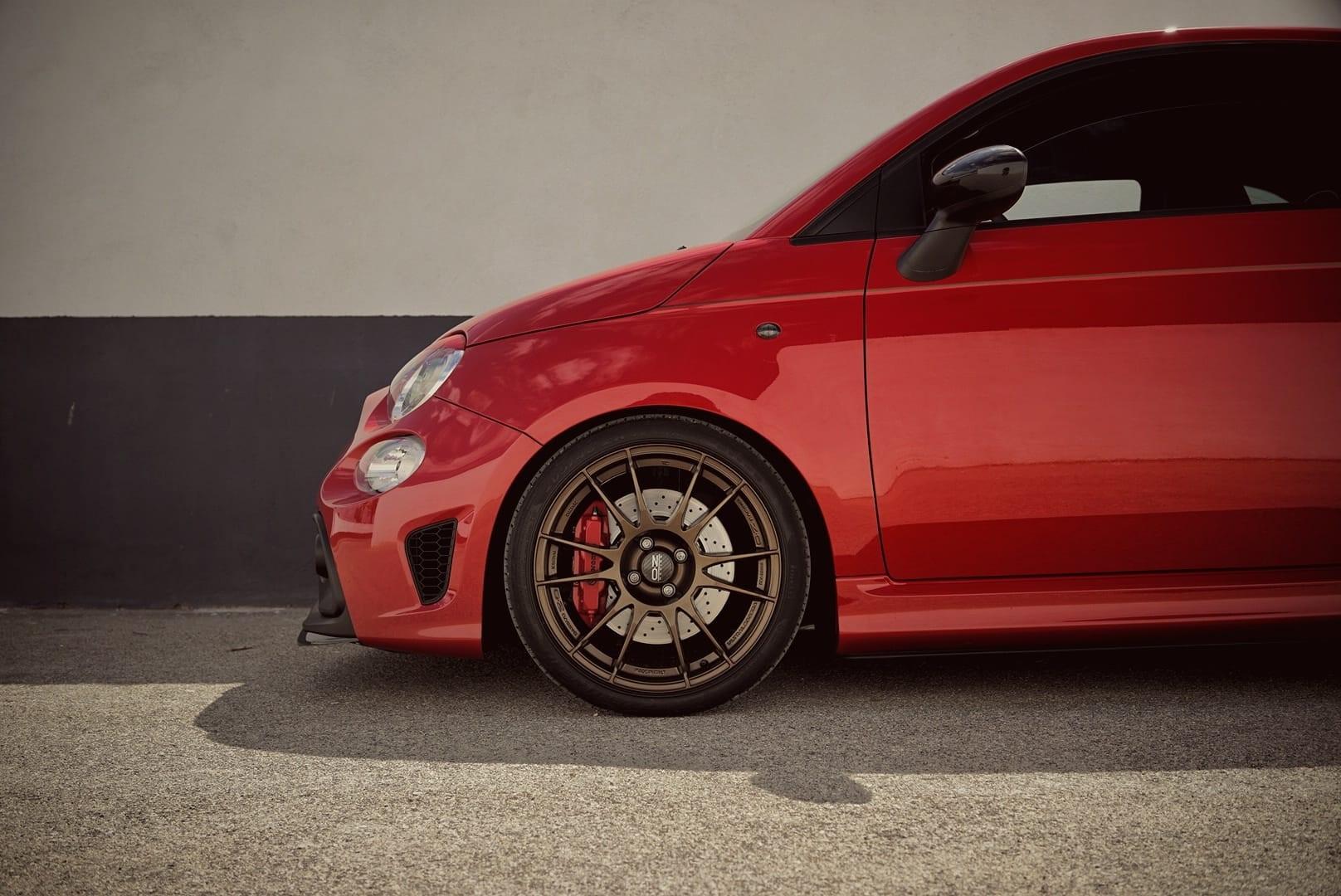 Very graphic composition of the ‘Pocket Rocket’ better known as the Fiat Abarth.

In the meantime, virtual life goes on unrestricted, constrained only by the band width of your internet connection and the photos on your phone. It was another great evening at the regular Wednesday virtual Car Meet in Palma last week. As the evening drew to a close, one final comment was ‘I like this meeting’. You can say that again. Last week’s session produced some fabulous photos. It’s amazing what we can find in the archives once we start digging around. Where have these photos been, where have they been hiding? They make one realise that great photos are only great if they’re seen. If they stay in a cloud somewhere, invisible, then surely they don’t really exist. Spend some lockdown time looking through your collection and then let them out into the light where we can all see them. 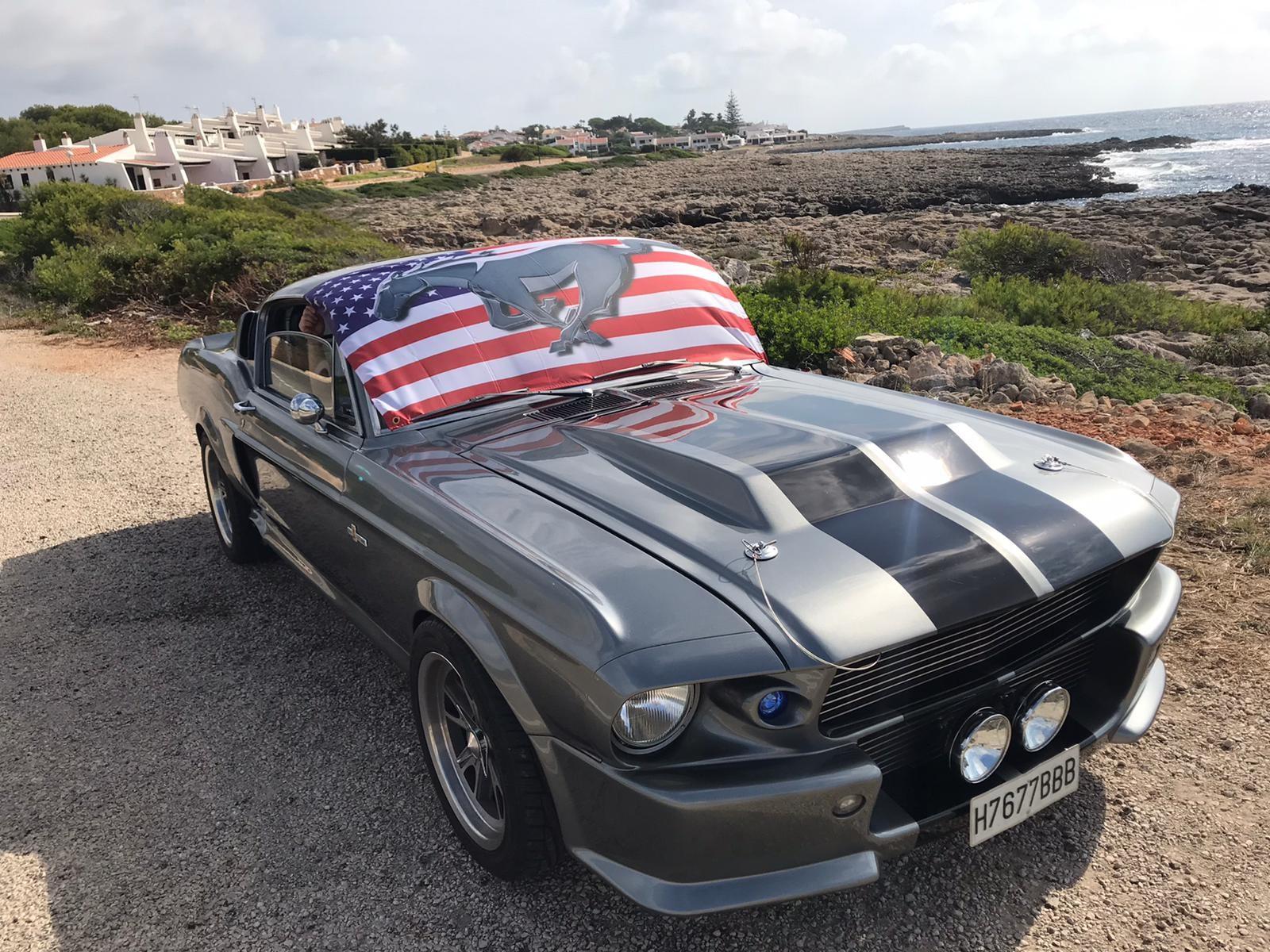 No guessing where his loyalties lie, Eleanor Mustang in Majorca.

So here’s a selection of graphic images of cars to make you salivate at the thought of those mountain roads winding their way through the Tramuntana. And back again. From Porsches and Jags which were designed to flow around the bends, to the brute horsepower of American Muscle. That Eleanor is just the job to pummel the curves into submission. Of course you could take it easy and choose to cruise in one of the SLs on offer, or get really lively and buzz around in the Pocket Rocket. Take your pick from this eclectic selection and imagine.

With that sweet dream I hope to see you next week. Same time, same place, stay safe.