Attracting the attention of that waiter; plus, when is it okay to rain?

Today, with your help, I will be undergoing some research as to what British people do or say - when after a coffee, drink, or a meal, they call for the bill. For instance, when you catch your waiters eye, do you discreetly mouth the phrase “La cuenta, por favor” or do you do something altogether more embarrassing? After a number of years observing ex-pat Brits, I have noticed that the invisible pen waved in the air is a favourite, as is the slightly more complex - invisible pen scribing on an equally phantom pad on your other hand for extra effect. Both these hand flourishes are often seen when out-and-about across the island and some people, I have to say, are both overly expansive and slightly embarrassing when trying to catch the attention of a recalcitrant waiter. Before the commencement of this pandemic I sat and enjoyed a coffee and croissant on a busy Palma thoroughfare and it took me a full 10 minutes to catch the waitresses eye when it was time to go. 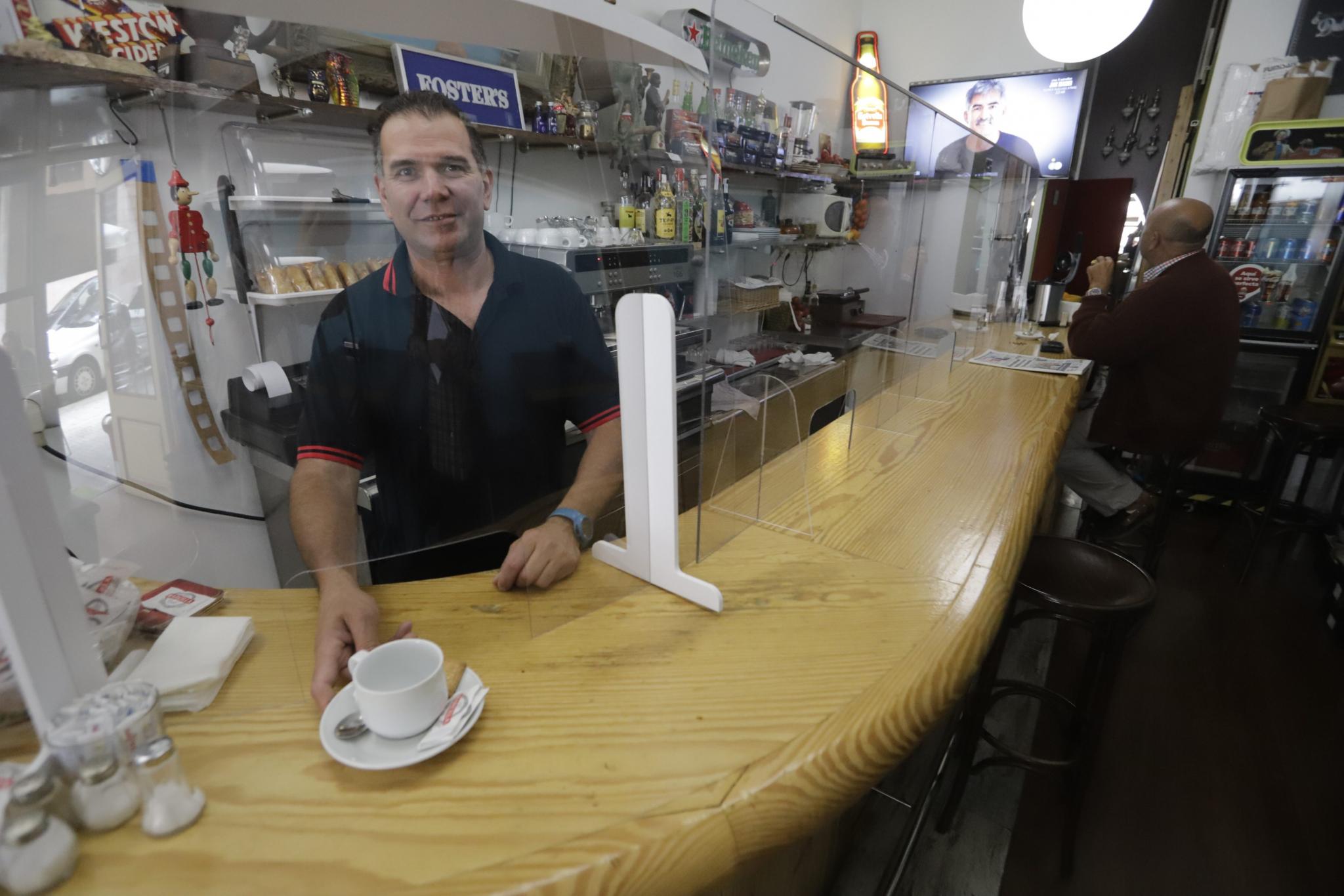 As you can imagine my hand signalling was totally ignored by this perky young madam and if I didn’t know any better, I would have thought that she was just taking the micky-out-of-me - but what was I supposed to do to catch her attention in a civilised fashion? Sat alongside me was one of those cool, forty-something Spanish guys, who I you just hate on sight, but watching him get his bill as I waved my hands about to no avail, was quite an education. True, this chap looked like he overdosed on handsome pills, but all he had to do was slightly raise an eyebrow and she was over to him like shot, all pouty lips and fingers playing sensuously with her hair, whilst I looked like I was conducting an orchestra and still I didn’t get my sodding ‘La cuenta.’

DON’T CLICK YOUR FINGER…EVER!
Seriously, I reckon a person could make good money in setting up a course in how to attract the attention of waiters here in Majorca - both prior to ordering and then to getting one’s bill - and finally retrieving your cash/credit card before you should die. While I’m at it, also included on this course would be - how to respond to a maitre-de in a completely empty restaurant when he decides to place you and your partner just outside the toilet swing doors for the duration. The trouble is of course, is that we Brits don’t like to make a fuss and even if Chef should attack us with a meat cleaver we would be the one’s to apologise in a flurry of - “Sorry, sorry, sorry” as if it were our fault. Anyway, I did glean one or two restaurant Do’s and Don’ts from my pal Pep and I am hoping to use them in future. The biggest ‘Don’t’ - is to never, ever, click your fingers at a waiter person. At best you will be ignored all night, at worst - well, just don’t, as I really don’t want to go there! However, he made it plain to me that on a busy night in a restaurant - he who shouts loudest, usually gets served first and if you are waiting for the bill - indicate that you’ll pay your bill in cash and they’ll be all over you like a cheap suit. However, because we are British, although we have been treated appallingly all evening, we will still fret all the way home wondering, in a slightly guilty fashion, if we have left a big enough tip.

HOW’S THE WEATHER WITH YOU?
What’s going on weatherise here on the island? If it wasn’t bad enough because of ‘you-know-what’ we seem to have had a real mixed bag of weather over the past few days. Indeed, just as we were cruising to another hot early summer, all of a sudden the heavens open and we are damned by unseasonal wet weather. Indeed, if there were actually tourists here, I have no doubt that they would be agitating for their money back. I have to say that I feel rather guilty about the recent wet weather - for, I seem to remember worrying loudly about my garden if we didn’t get any seasonal rain until early September and then whoosh (or was it splash!) it precipitated-it-down for most of Sunday and Monday. Come on, this sort of weather maybe acceptable in the United Kingdom in June, but certainly not amongst these Balearic Islands. For instance, even last week I was commenting on the fact that it was unseasonably warm and wouldn’t it be a good idea if we had a little rain to sustain our gardens throughout the long hot and dry months ahead? Oh dear - not the best ‘call’ I’ve ever made, but - true all the same.

The trouble with weather I find - is that, it doesn’t respond to sensible calls for moderation in all things - rather like it were controlled by Monty Don, or - Carole Kirkwood and just behaved itself. No, at times it just seems to ‘play-up’ and become just a tad stroppy, or as some would have it…unpredictable. Take last Sunday night - what was that all about? Dear Lord, crash-bang-wallop thunder and lightening - very, very frightening and water dripping through a recently repaired ceiling. As usual, I slept though most of the trauma but was awakened by demands that I should “Do something” - which to be honest wasn’t going to stop the storm - but I did put a bucket down to catch some of the drips, which - if you think about it, was both practical and helpful wasn’t it?

However, unexpected heavy rain in June isn’t normal and to be quite honest with you, after all this Covid-19 malarkey most unwelcome. Anyway, given another week or so and a steady rise in temperature, some of our brethren will be loudly complaining that it is rather hot for the time of year - and wouldn’t it be nice if we could have a rain shower or two to make life bearable. Pip-Pip!
frankleavers@hotmail.com