It was Father’s Day on Sunday, and what better way to celebrate it than to leap off of cliffs? Actually I can think of a few options, but my daughter Gigi, and her dad, Oliver my husband, had been hankering after a particular experience for a while, and this seemed like too good an opportunity to pass up. “Experience Mallorca” organise all manner of outdoor activities and have had every activity they do offered for a discount during the last phases of the lockdown to encourage locals and residents to have a go whilst they can. 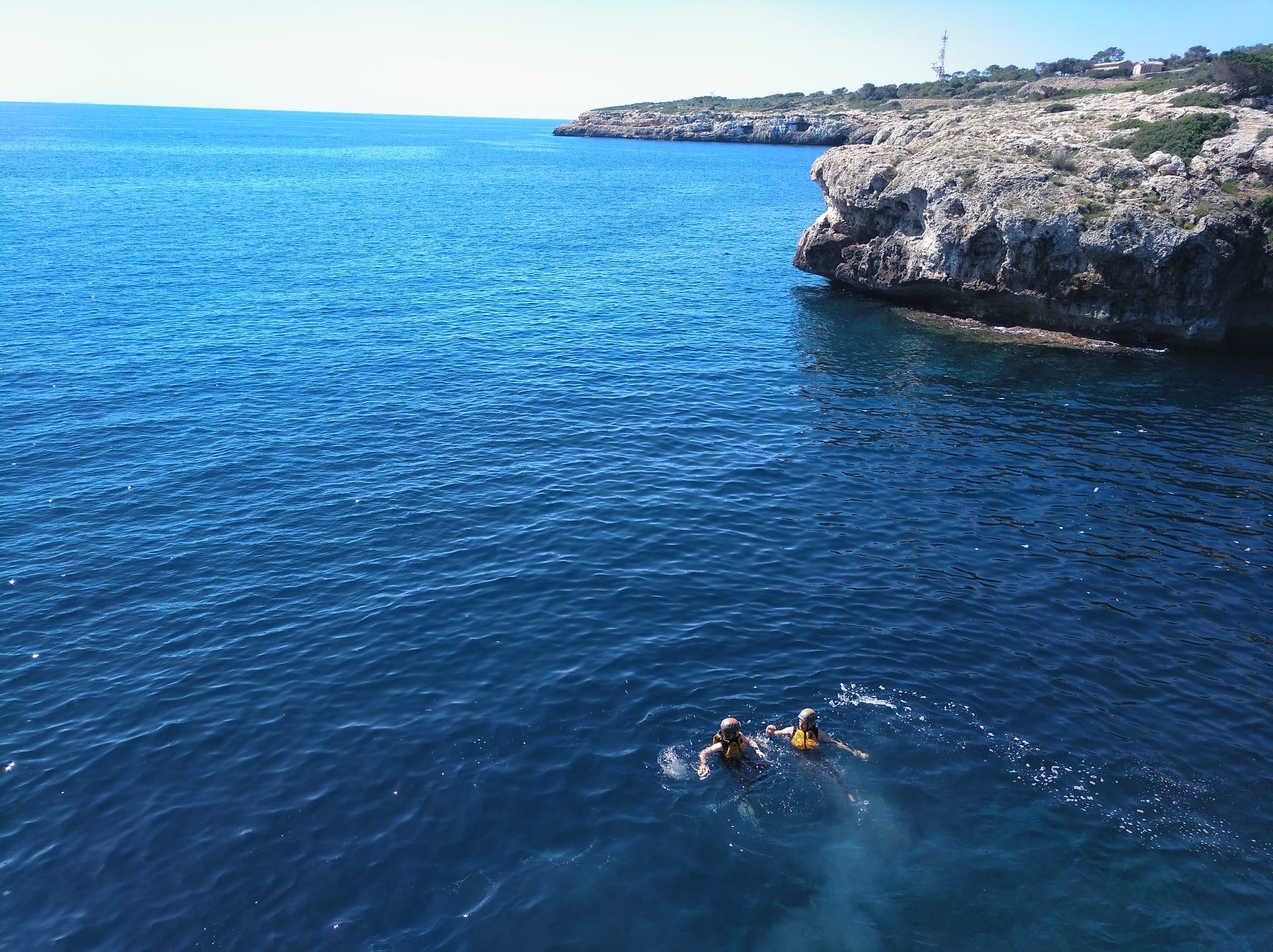 Did you know that Majorca has some of the best canyoning, climbing, and hiking in Europe? That it has one of the largest underground cave systems in Europe? With Experience Mallorca you can choose from cliff jumping, canyoning, hiking the Torrent de Pareis, sea caving, rock climbing and more, and they have activities suitable for younger children as well. The company has several sites around the island so you can choose something which is local to you.

Gigi (who is 14) and Oliver chose to go cliff jumping in Portals Vells. Cliff jumping with a guide is really the only way you should be doing it in my opinion. Having booked and paid online on the company’s website they arrived at the appointed time on Sunday morning, ready and excited to give it a go. They were met by Jose, their guide, at the Pirates car park in Magalluf and drove down to Portals Vells. Once there they were kitted out in hard hats, life jackets, wetsuits and swimming shoes to protect their feet from the rocks. A safety chat followed where they were instructed on what position to take, ‘Arms by your side, knees bent and jump’, and off they went. Jose watched closely and guided them as to how to jump as they got higher and higher. 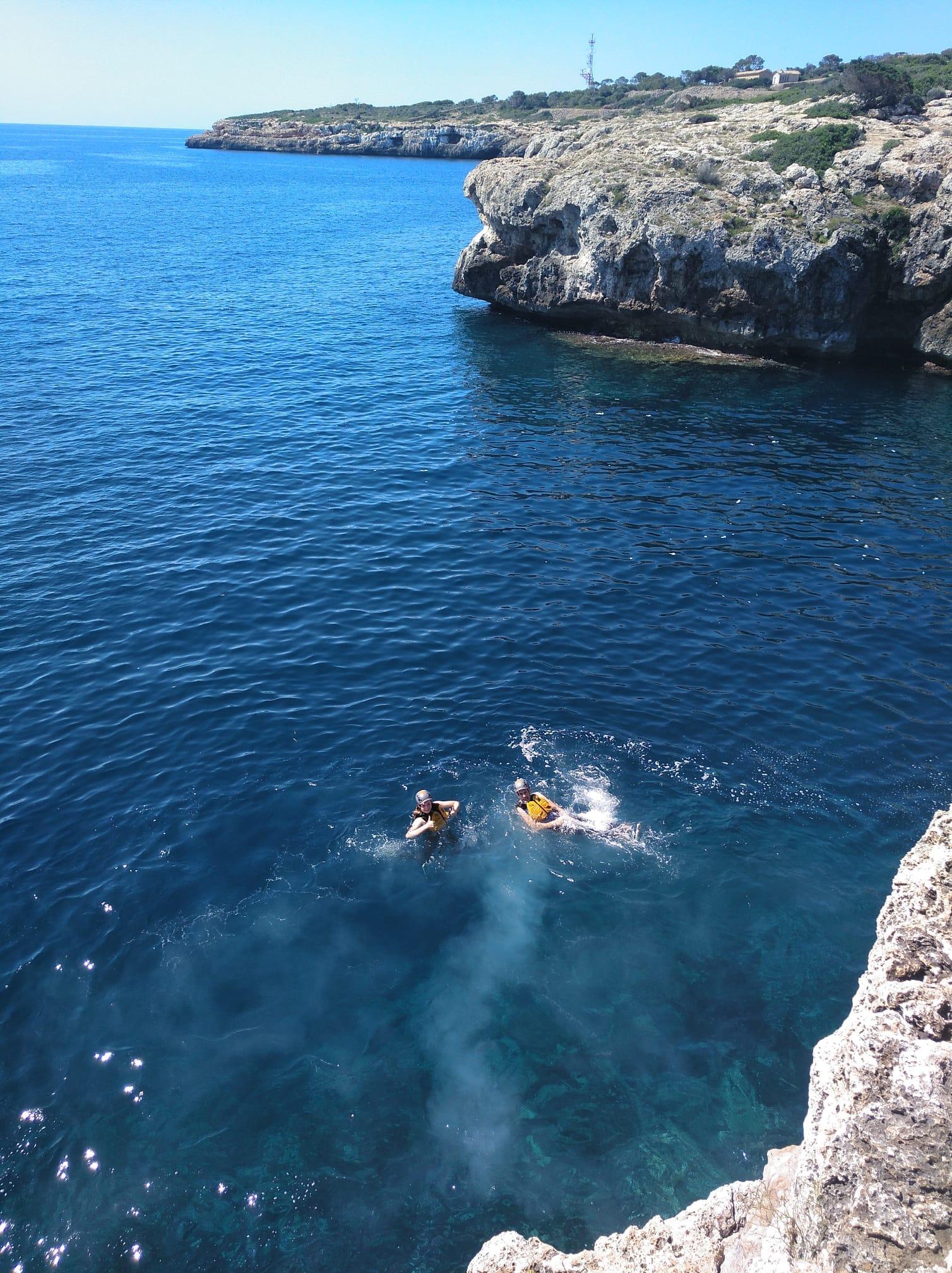 “We started off on small jumps to warm up, at about three metres, and slowly worked our way up to about eight metres,” my excited daughter told me later. “It was really good, and we got to go on a zip line AND we did something called “Deep Water Soloing”. Apparently this is when you climb without ropes with just the sea underneath you to catch you if you fall (gulp). They had taken some snorkelling equipment with them as well “We saw loads of starfish and baby sea urchins!” 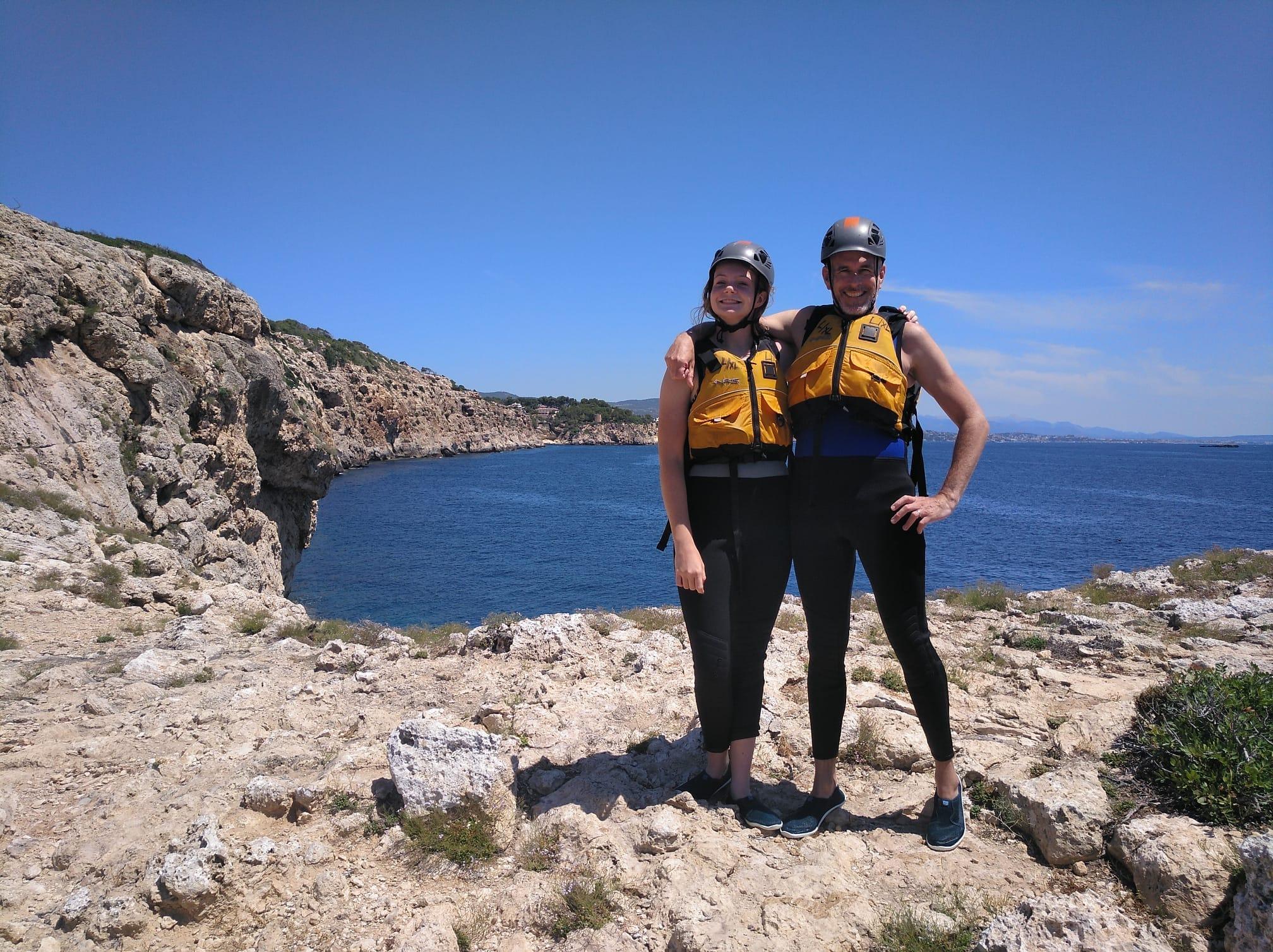 No pressure was put on either of them to jump higher, and they did get to a point where they both thought, actually, that’s enough now. They returned home very happy with what they had achieved, another experience in the bag. Visit www.experience-mallorca.com, if you want to get a special offer be quick because I think it only lasts until the end of this week.