Pockets of excellence exist all over Majorca. Local families who run successful dynasties, incomers representing corporate entities and then, the entrepreneurs. Amongst the successful are individuals who have taken their start ups to great success and sell out for lots of money. Then there are others who are inspired by ideas every day and just keep on making, creating and enjoying their work.

Twenty years in Majorca has seen me meet people from all these categories and I am impressed. When the history of the island is told as a whole, the creativity and sharp brained application to work will be appreciated. The concept of the business people of the Mediterranean sending all their men out for long lunches while the women in the office do all the work is not actually true. The stuff of myths and legends only serve the story, not the truth. The truth is that there are feisty business men and women who make things happen in Majorca.

This week I spent my time in La Sal, a new venture in the Puerto Soller. The building was under scaffolding for almost a year as a transformation took place. It was once the Tabac and Newspaper shop. These days it has been transformed into a Restaurant/Café/Cocktail bar with a Bakery to come.

La Sal is going back to Puerto Soller roots with marine colours, rope bannisters and seating reminiscent of an old fashioned seaside resort. Blue and white are the themed colours and which lead in the terrace by the sea.

To understand the concept and the menu took time spent with Hamlet Ramirez, the owner. The ‘tell me your story’ question I start with, revealed a wander into a world of family, ambition, loss and tradition. Hamlet’s grandparents left the Soller Valley for Cuba when they needed to and it was still possible. They arrived with nothing and worked. Hospitality was in their blood and cafes gave rise to hotels and the poverty they left in the Soller Valley of the time was subsidised by the money they sent ‘home’. 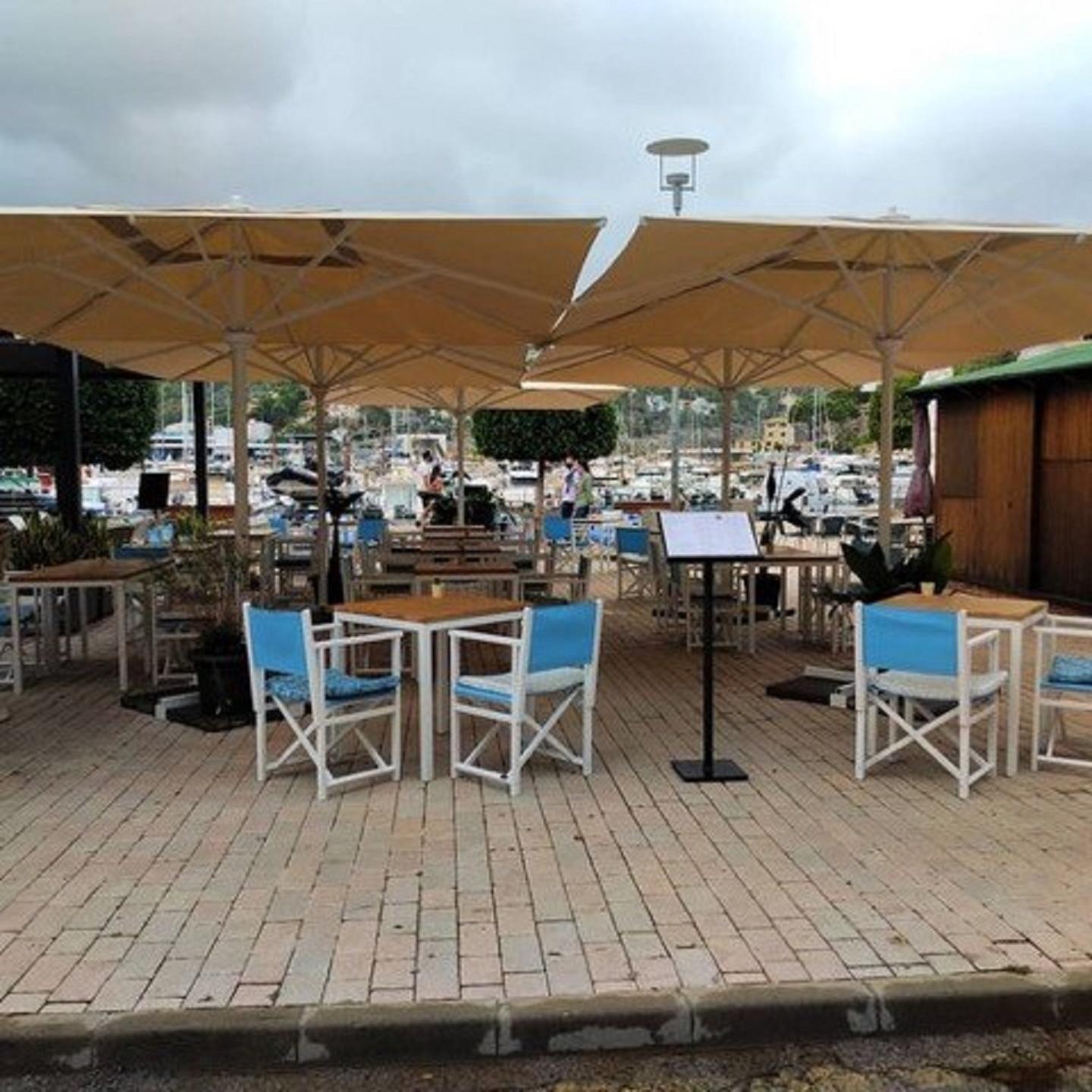 Their daughter (Hamlet’s Mum) married a boy from Cuba and the work continued. Then the time came again for the family to lose everything as Castro sequestered their properties and businesses, A new, poor era, began for the family. The experiences of enjoying a lifestyle with money could not be lost and Hamlet’s parents were determined that their children would have the best education they could find the money for. Plus access to a whole library of books, acquired in richer times.

Hamlet grew up knowing that his mother’s roots were Majorcan and one day he would go and see this place for himself. Hospitality, cocktail making, running bars and restaurants were all in his blood. This plus the desire to see the world and learn from the best. Prestigious cruise lines came next and promotions and experience galore. In time the ship he was on, made a weekly stop in Majorca and he was able to visit his family’s roots.

The drive through the Soller Tunnel to the entrance to the Soller Valley was his eureka moment where the land of his grandparents called him with a very loud voice.

Hamlet was home and he said goodbye to the cruise liners which had taught him so much and shown him the world.

Hamlet’s life then became La Residencia and then the opening team of the Jumeriah Hotel in the Puerto Soller. Other hotels knocked on his door to do their openings for them in worldwide destinations and that was when his Hospitality Management Solutions Company was created.

He opens hotels and projects for the best brands in the world.

Two of his dream team in HMS also run businesses in the Puerto Soller. They all met in Jumeirah and Residencia days and now share all they have learnt.

Meanwhile back at the ranch Hamlet wanted to give back his philosophy to his home village of the Puerto Soller. A deceptively simple restaurant containing so many of the big, sustainable concepts of the multi nationals was his aim.

La Sal is exactly that and has opened right in the middle of all the problems besetting business in Majorca right now.

For Hamlet this gives him the opportunity to get right in it, amongst the heart of his kitchen, and the customers. Travel to luxury destinations is not on the agenda right now courtesy of Covid but here, right on his doorstep is his current pride and passion. He lives less than five minutes away from the restaurant and he has his ear to the ground. As visitors cannot travel so much the attention is turning to local residents.

His La Sal staff and the Dream Team of the Management company are all based in the Puerto Soller. He is exactly where he wants to be and looks forward to the future with every part of his being.