Juanjo’s secret is in the spicing

When I leave the Grup Serra offices in the Paseo Mallorca and head towards La Lonja, my route takes me past the Bon Lloc vegan restaurant in Calle San Felio. The kitchen is in the basement and as I pass at around midday the cooks are at work and I get the full blast of incredible aromas wafting from a small open window almost at ground level.

I always ask myself: How does Juanjo Ramirez mange to produce such tantalising fragrances when vegetables are being cooked?

That question was answered last week when I ate at Bon Lloc for the first time in six years. Juanjo does it with the canny use of herbs and spices — and top quality veggies that are always al dente.

Juanjo Ramirez is the cook-owner of Bon Lloc which he first opened on the fringes of La Calatrava in the old part of town some 42 years ago. It was Palma’s first and best vegetarian restaurant — and it still is today.

A few years ago Juanjo shunned all dairy products and other foods connected with animal life and made Bon Lloc into a full vegan restaurant.

Juanjo has always been in the vanguard of healthy living. When he opened Bon Lloc in 1978 it wasn’t because he thought a vegetarian restaurant for Palma made good business sense: he wanted to promote a healthy lifestyle. He was so serious about wholesome living that right from the start Bon Lloc was the only restaurant on the island with a no smoking policy.

This was at a time when some doctors lit a cigarette during a consultation with a patient — so Juanjo’s decision to ban smoking was bold, unique and revolutionary for those days.

They do a €15 menú del día for lunch that includes three dishes and dessert plus a very good brown bread and a carafe of water. There was a choice of two dishes for each of the three courses plus two desserts.

We started with hummus, went on to lentil purée, and shared a French style potato pie and a dish of veggies with quinoa — as well as an apple-filled puff pastry and a scrummy spongecake. We passed on the carafe of water and had two nicely-pulled cañas.

The hummus came with raw sticks of carrots and courgettes as well as roughly chopped salad greens. It was a light hummus, but even so we enjoyed it and the meal was off to a very nice start.

With the lentil purée and the quinoa came the explosions of Oriental spices and herbs that was fusion cooking at its very best. These are the tempting aromas I know from walking past Bon Lloc and they are most exquisite. 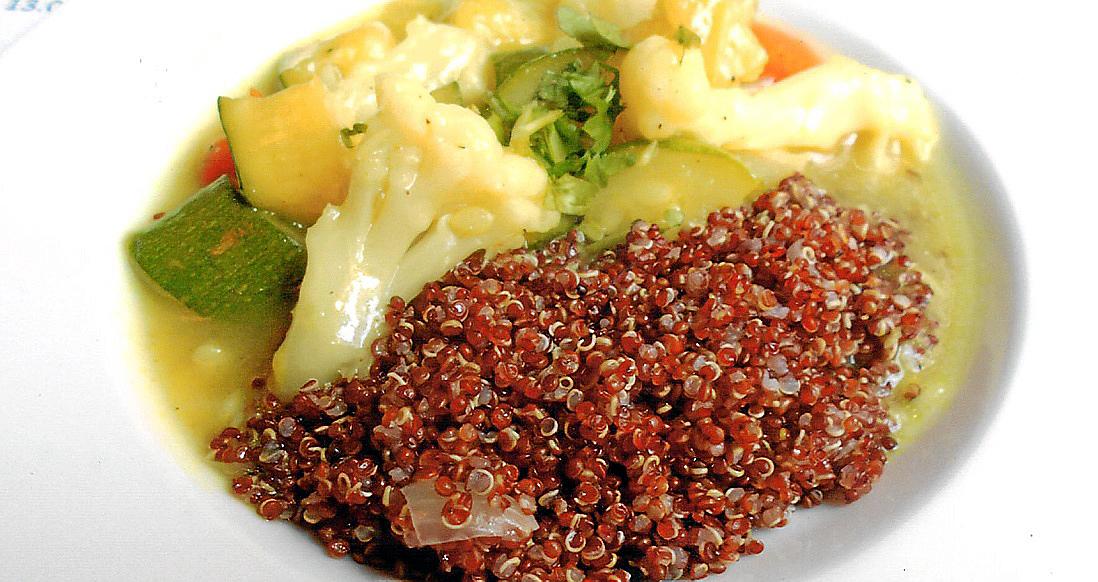 There are a few Palma restaurants where you know you will always eat well — Bon Lloc is one of them. Many of the regulars aren’t vegetarians or vegans — they are omnivores who eat at Bon Lloc because the food is so delicious. Top quality is always a big attraction. The hummus was a lighter version than I am used to but it got the meal off to a beautiful start. The lentil purée was packed with Asian herbs and spices that were so lovely I wanted to do an Oliver Twist after finishing the last spoonful. But there were other spicy delights to follow, including those that came with the veggies and a splendid quinoa that was darker and nuttier than those I get at other places. The potato cake was top of the league in every way: a beautiful soft texture, delicious spices and a tomato-based epicurean sauce that helped to win it a 10-rating.

l Bon Lloc Vegan Restaurant, Calle San Felio 7, Palma. Tel:971-718617. Open for lunch and dinner. Closed on Sundays. Bon Lloc has been in business for 42 years, it’s very central and it has a very long list of regulars, which is why it is busy every day. They open at 1pm so it’s the kind of restaurant where you can have an early lunch. It’s always best to reserve a table, no matter on which day and at which time you intend to eat. The day we ate, diners were still arriving at 2.30pm.

l The menú del día costs €15 for three dishes, dessert, bread and a carafe of water. But we also had two cañas at €2.50 each (in stemmed glasses and very nicely pulled, which doesn’t happen in every restaurant, does it Rambar?) so the total cost with VAT was €35. 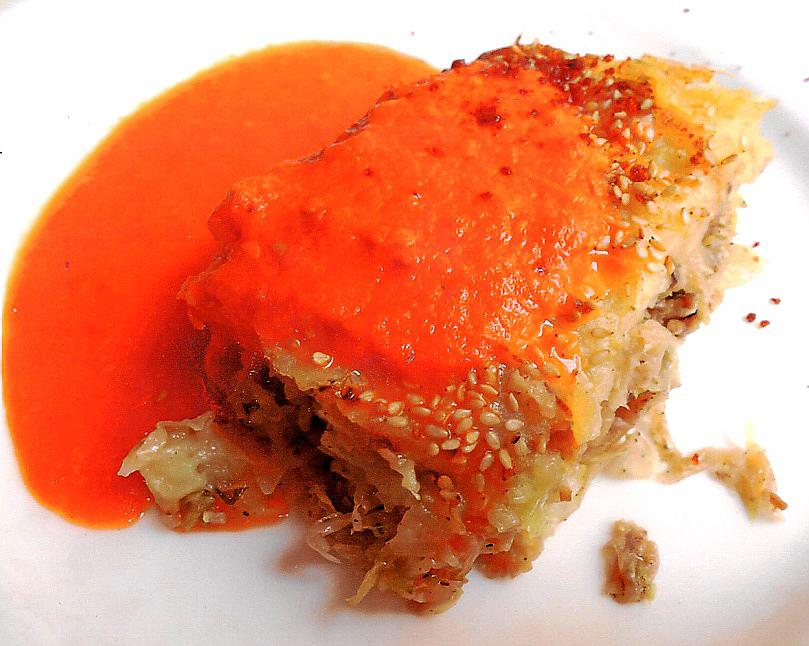 S ometimes it’s the simplest dishes that impress me most of all — because it frequently happens that what looks easy-peasy on the plate is, in fact, most difficult to achieve in the kitchen.

It happens with rice — a plain risotto is easy enough but it takes lots of practice (and a bit of luck) to make a flawless one. The perfect boiled potato exists, but finding one is more than a little difficult, even in the best restaurants.

Some potatoes are ideal for boiling or using in casseroles or stews, and others are best for frying…some are all-rounders and you can use them for chips or mash. More than half the battle of cooking a magnificent potato dish is in using the right kind of potato.

You’d be amazed at the number of restaurant cooks who simply don’t know if the potato they are slicing is the best one for the dish they are making — even when it’s chips. That didn’t happen at Bon Lloc with their superb French-style potato cake. After 42 years at the helm of the island’s best vegetarian restaurant, Juanjo Ramirez has had time to become fully acquainted with his veggies, so he was spot on when choosing the main ingredient for his potato cake.

But even when you have the ideal potato for a dish, you still have to cook it properly, season it judiciously and find the right texture.

It would have been so easy to mash the potatoes roughly and pack them into their serving dish, but the cook had gone to the trouble of slicing them and breaking them up (but not too much) when adding condiments.

A quick look was enough to tell me the dish would have a lovely texture, partly due to the potatoes being perfectly soft, with no little hard bits.

This was another dish in which savvy seasoning was up front and winning points. Even the satiny sauce, which so often isn’t really needed, helped to achieve a 10-rating for this potato cake.