Maca’s coca was best ever

The coca de cebolla was an instant 10-rating. | Andrew Valente

When I saw that Maca de Castro has three cocas on the menu of her new restaurant in central Palma, I knew immediately I’d be trying at least one. There was a choice of a tomato coca, one that’s spinach based or a third that’s mainly onion and a fresh cheese called ‘mozzarella de la isla’. As Maca at the age of 30 was awarded a Michelin star for the Jardín restaurant at her family’s hotel in Alcudia, I chose the onion coca because I thought that’s the most difficult of the trio to get right.

Well, that choice was truly spot on: the strip-style coca looked great on the plate and the first bite was enough to tell me that not only was it a 10-rated version, but it was also the best I have ever eaten.

I have eaten some magnificent cocas over the years, many in the homes of friends as well as in restaurants run by Majorcans, and as I have a good memory for all landmark 10-rated dishes, I can remember each one of them.

Some of them were made by housewives in Algaida, Binissalem, Puigpunyent, Sóller, Porreres, Sa Pobla, Inca and other inland towns and villages. Others were, at the time, the best I have ever eaten, such as Koldo Royo’s some years ago and, much more recently, one by Maribel Moll of La Bodeguita del Centro.

Each one of them, of course, remains a 10-rated coca, but Maca’s takes over as the new champion, the best one in my experience. All of the best cocas have something in common: the pastry is exceptionally good. In Maca’s case it managed to combine a crisp surface with a softish interior.

It’s not at all easy to get that kind of fusion, but when a cook brings it off the result is highly memorable. Maca’s coca pastry joins the list of those I’ll never forget. But there’s more to a 10-rated coca than a premium pastry — the topping must always be…well, the tops. Maca’s was superbly succulent, with lusciously soft onions and a cheese, called ‘mozzarella of the island’, that melted nicely.

The restaurant opened in June and I’ve waited four months before giving it a try. I won’t wait so long to taste the other two cocas — and some of the other interesting dishes on the menu with prices that are more than all right.

The restaurant, on the site of the old railway station at the Plaza España, is called Andana, the Catalán word for andén, a railway platform. That means, among other things, the dining room is imposing with spectacular high ceilings. A splendid backdrop for a meal. 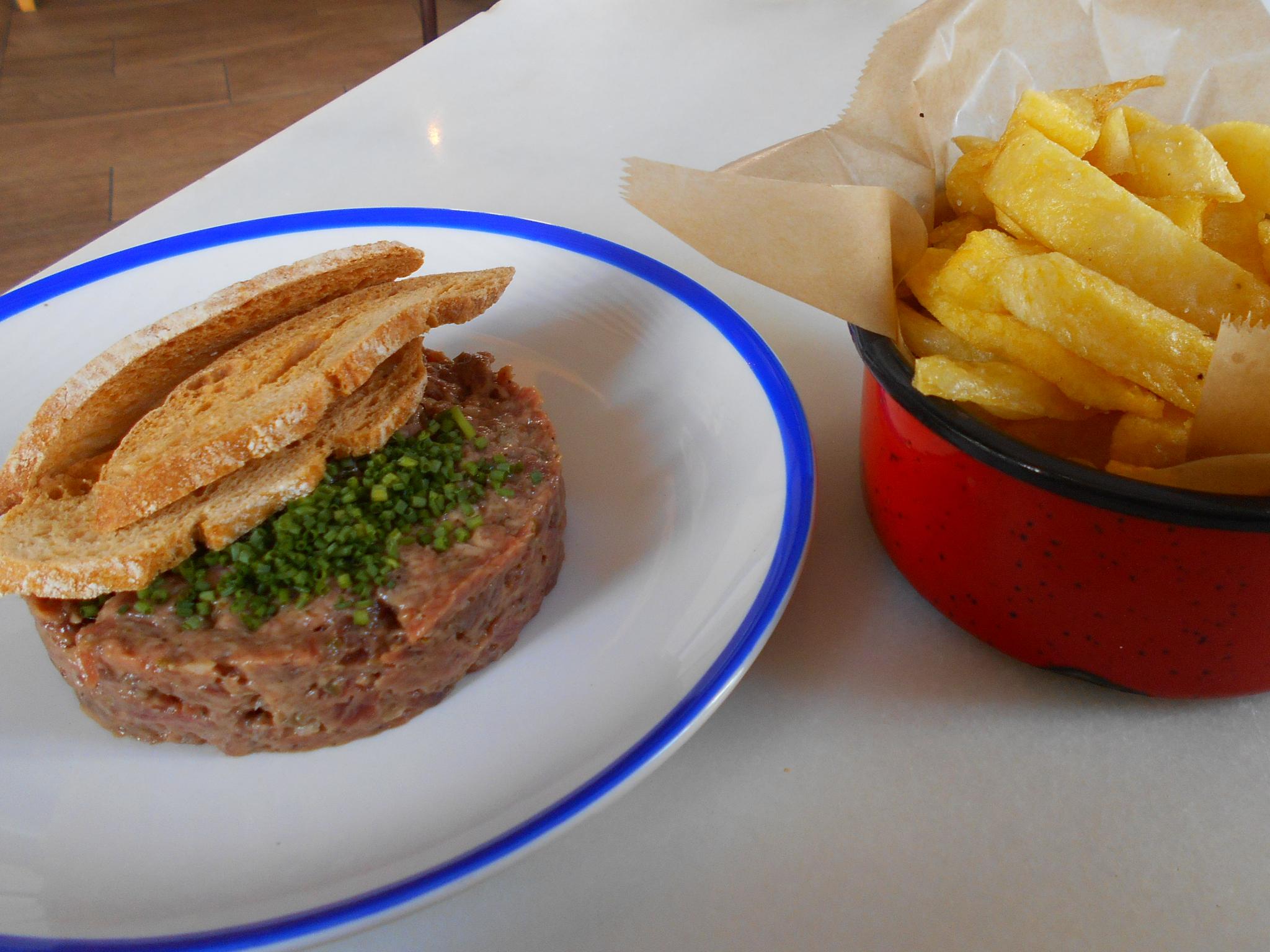 I always like to come across a dish that takes over the crown for the ‘best ever’ version. Apart from introducing readers to a discovery that’s worth trying, it also means Palma’s gastronomic scene keeps moving upwards — and that’s always welcome. What wasn’t so good were the unnecessary errors that followed in our other dishes. I shan’t go into them again except to say that there were too many. I think they should take another look at the dishes, this time with more objective eyes. A bit of self criticism is called for and should have been applied four months ago. There was a brochure on each table with a menu from which we and other diners ordered our meal — but the prices didn’t coincide with those on the bill (€1 more in our dishes). That is a great big no-no.

Restaurante Andana, Plaza España 6, Palma. (On site of the old railway station). Tel:971-100201. Closed on Sundays. Although there’s plenty of interior dining space as well as an outdoor terrace, play safe and make a booking, especially at the weekend. 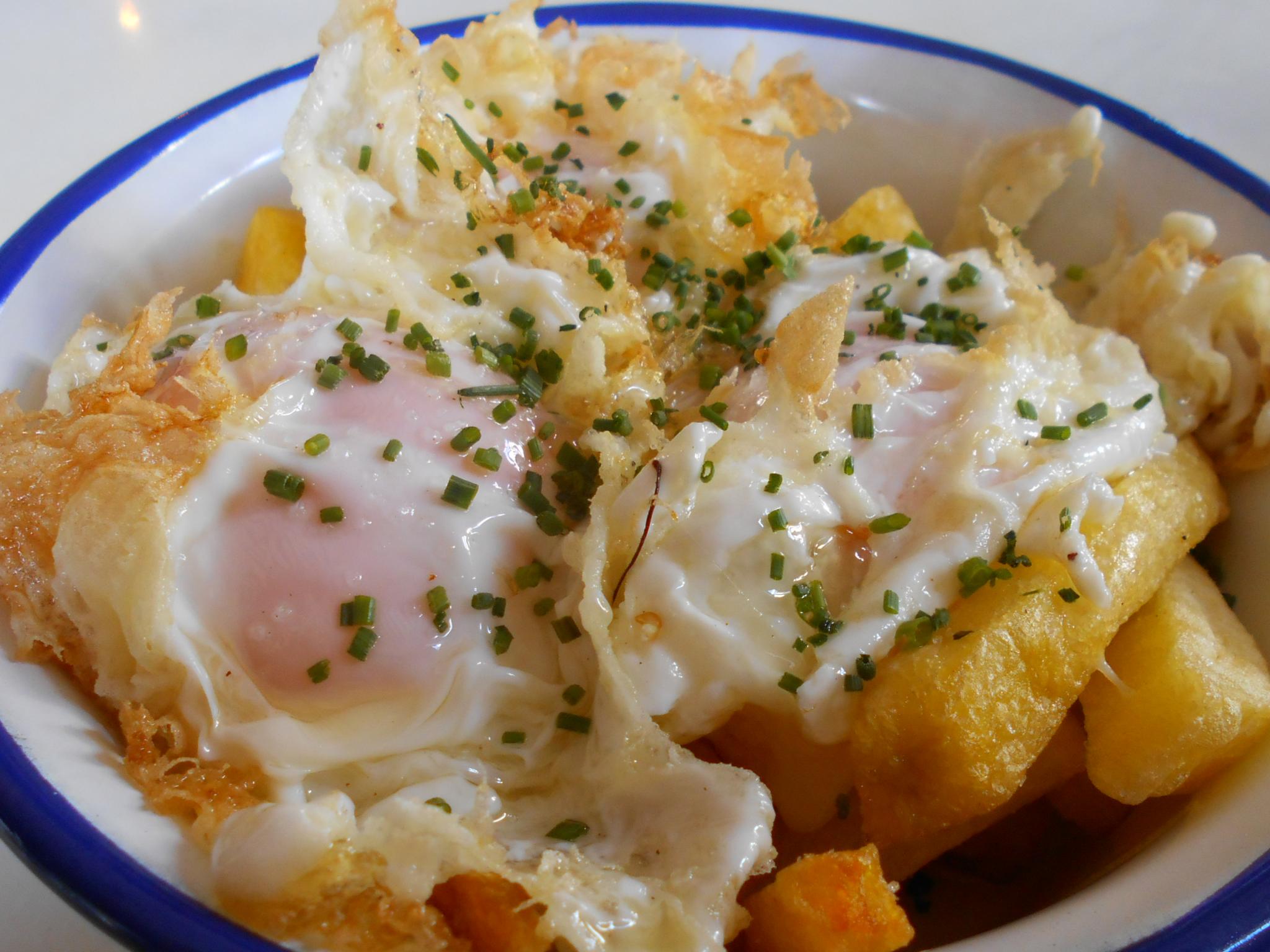