The invasion of the panetonnes

The panetonne was originally eaten only on festive occasions

At one time they were a total rarity, on sale only at expensive outlets such as the Club del Gourmet of El Corte Inglés. Some companies gave them as special Christmas gifts to their most important customers. If you had a piece for breakfast on Christmas Day you had something exclusive to talk about.

But what had started off as a simple reconnaissance foray soon became a complete invasion and now supermarkets in every corner of the island have been overrun by this Italian speciality.

Many readers, especially those who take part in the Magalluf pub quiz league, will have already guessed what I’m talking about: it’s the panetonne, Italy’s yeast cake that is eaten for breakfast on special festive occasions such as Easter and Christmas.
Like chocolate eggs at Easter and Hallowe’en on October 31, the panetonne is a foreign custom that has invaded Mallorca and conquered it — in this case during the 12 days of Christmas. 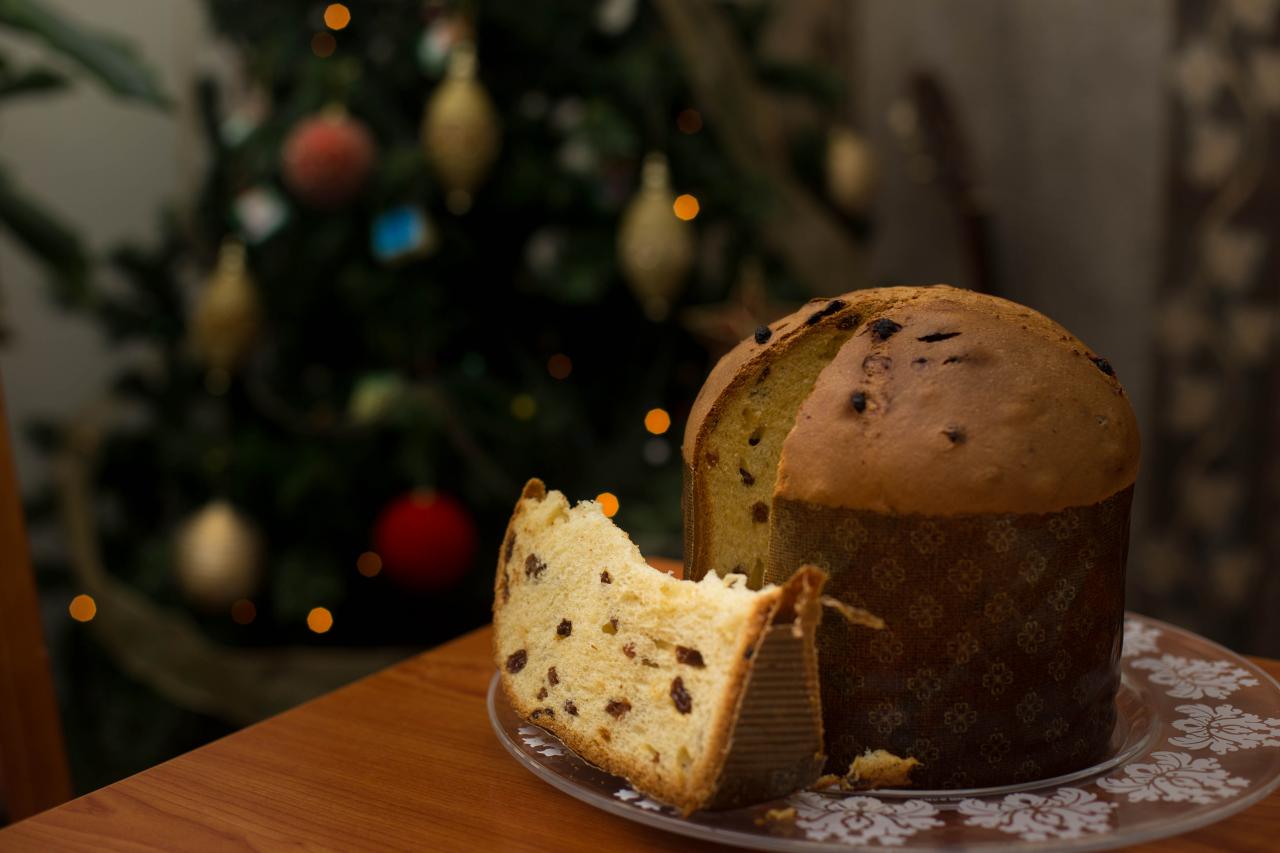 In Palma, the sale of panetonnes started off at the Club del Gourmet of El Corte Inglés because it was something very exclusive at that time and that is what the Gourmet deals in.

But the panetonne is a Milanese speciality and they are Italy’s best salesmen — which is why we now have panetonnes everywhere. This year, for the first time, I ‘ve even seen small individual ones in a box at Eroski for €1.30 — the same price as Mallorca’s famous ensaimada. Great salesmen, those Milanese guys.

Panetonne is a light sponge-like cake made from a yeast dough and containing flour, butter, eggs, sugar and speckled with raisins, candied peel or tiny chips of chocolate.
The panetonne is usually large, tallish and cylindrical although it can also be squat and round. The cheaper ones are wrapped in cellophane but others come in fancy boxes, making them ideal as Christmas gifts.

The big difference between the tall cylindrical one and the short tubby version is that the tall ones cannot be cut into neat slices. If you cut the tall one in half broadways, you’ll get better slices. The supermarkets of El Corte Inglés have the best selection of panetonnes. 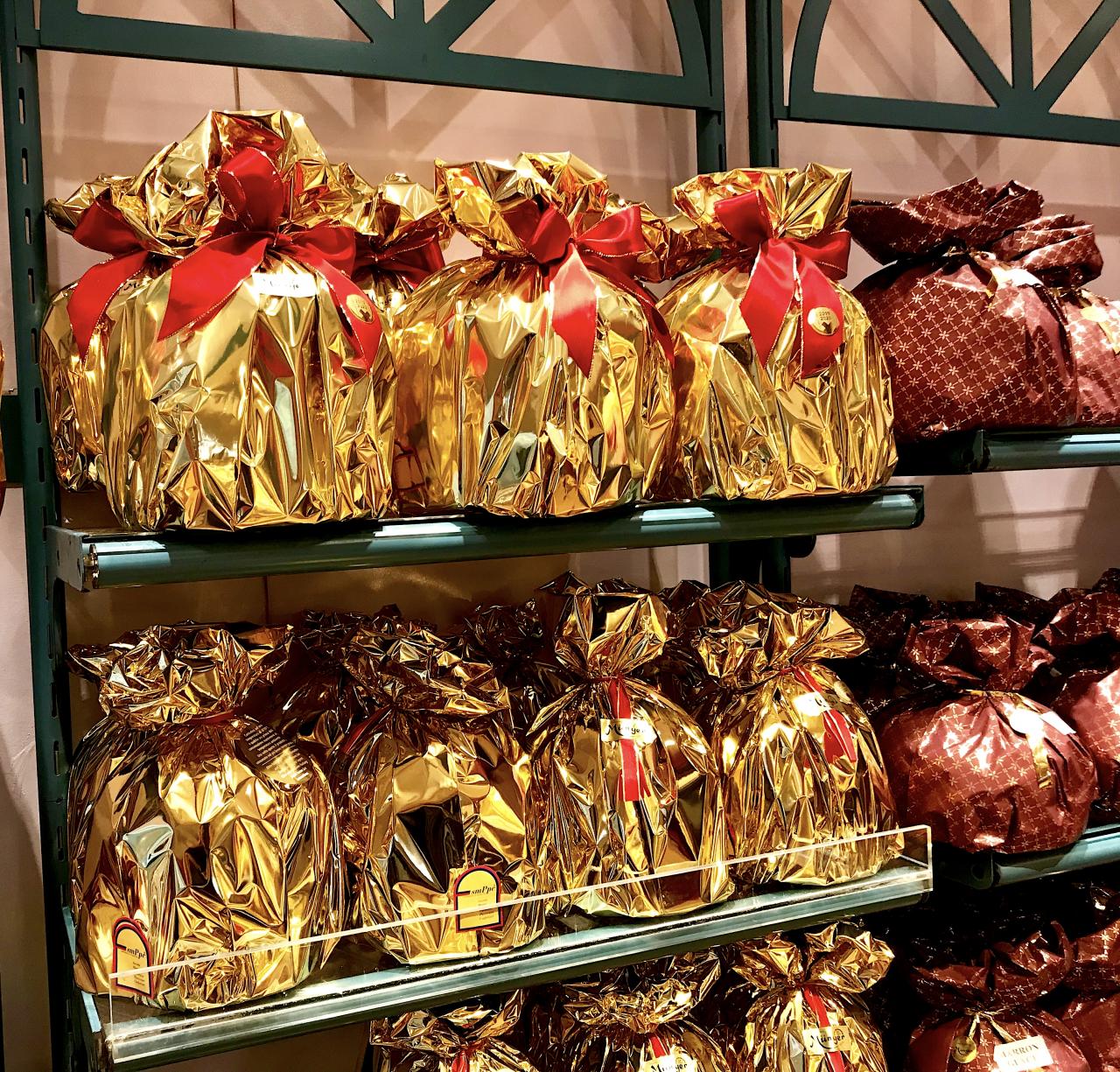 The panetonne, like some of Spain’s similar yeast cakes, can be somewhat dry so it’s always a good idea to spread them with butter or jam — and they’re better still with butter and jam. Give the butter a few spins in the microwave and it will spread more easily.
The panetonne was originally eaten only on festive occasions, mainly Easter and Christmas, but like so many other festive goodies, Italians now eat it all year long.

The Italians eat more desserts and sweets at Christmas than at any other time of the year. Christmas Eve dinner, never an elaborate affair, has an air of solemn festivity. Its sweet side is represented by the cassata, the famous ice cream cake.

Christmas Day features two or three desserts and sweetmeats, one of which is pignolata, little pastries made with honey and pinenuts. Another favourite is amaretti, or macaroons. That doesn’t come as a surprise because the Italians invented this light crunchy confection.

The most famous Christmas cake in France is the bûche de Noël, a chocolate speciality in the form of a log.

The inspiration of for this traditional cake comes from the old French country custom of putting big log on the fire during Christmas Eve celebrations. As family and friends sat round the fire after the Christmas Eve meal, they kept the flame burning brightly by throwing dregs from cognac glasses over the burning log.

The bûche de Noël is made with a roly-poly base filled with cream and chocolate and rolled. It is covered with softish chocolate that is scraped to make it look like a log.
Until relatively recent times you never saw the bûche de Noël anywhere, but Majorcan pastry makers eventually caught on that there was a niche in the market for this cake and you’ll find them at the best pastry shops. You’ll get a genuine one at the French pastry shop in the Plaza del Olivar (opposite the market) but expect to pay a steepish price for it.

The French marrons glacés, chestnuts preserved in and coated with sugar, are a Christmas ‘must have’ treat for some people — two English friends say that Christmas without them wouldn’t be Christmas.

Marrons glacés could hardly be less than extremely expensive because they have to be peeled and scraped by hand — one at a time. They must be perfectly peeled — and most of us know that’s a difficult (and boring) chore. It’s also time consuming and at a commercial level that always adds to the final cost.

But that’s not the end of the process — the perfectly peeled and scraped chestnuts then have to be slowly cooked in a sugar and water syrup until they are soft. Any that are less than completely whole and impeccably cooked never make it into the jar.
It used to be that all marrons glacés were imported from France — the French had cornered the market on a worldwide level.

But then Galicia got into the act. Galicia, among many other things, is chestnut country: all the chestnuts on sale at island shops and markets are Galician.
Galicians learned how to do marrons glacés and did a very good job of them — so much so that even the French import them. 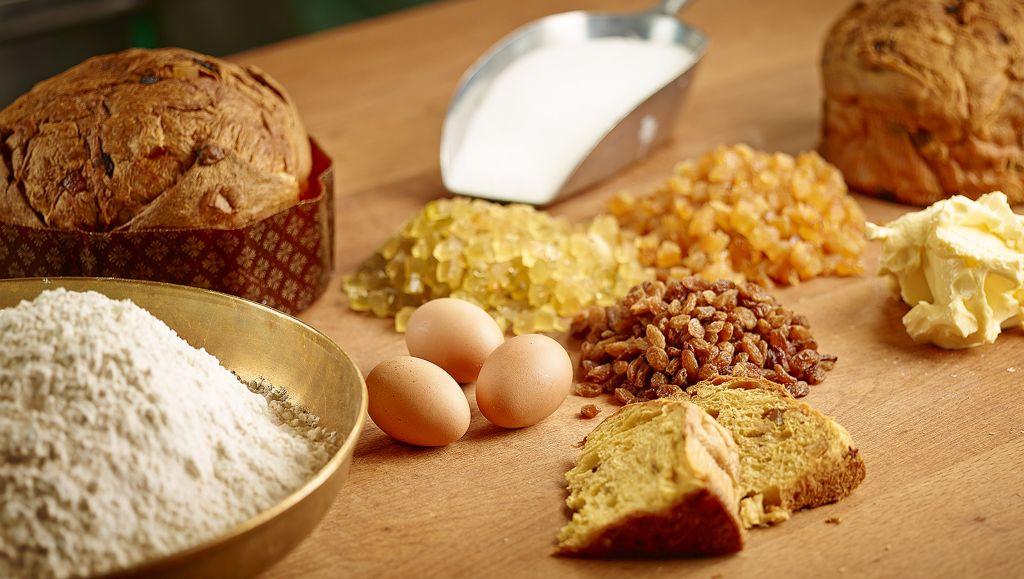 I never eat marrons glacés (they’re far too sweet) but an English friend who has them on all of the 12 days of Christmas, says he cannot tell the difference between French and Galician marrons glacés — so he now buys the Galician ones because they are a good deal less expensive.

Germany is very rich in Christmas traditions of every kind: many of England’s fondest festive season customs, from Christmas trees to Silent Night, came directly from Germany — at the insistence of Prince Albert, Queen Victoria’s husband.

One of Germany’s oldest Christmas biscuits is the lebkuchen, whose origins can be traced back to 1293 in the town of Schewidnitz in Silesia. Nuremberg copied the recipe at the end of the 14th century and it became more associated with that town.

Lebkuchen is a biscuit with a cake-like texture, containing spices and honey and is usually glazed. They are shaped like stars, hearts and rings, perfumed with lemon juice, sprinkled with almonds and covered with a thin layer of chocolate.

Another German Christmas favourite that is also popular with Majorcans, is the stollen, a fruit loaf from Dresden that is made with currants and nuts and covered with icing sugar.
I see them in the bigger supermarkets, especially Carrefour and El Corte Inglés. As soon as you come across them get one because they soon get snapped up.

Pineapples are available throughout the year but some years ago they were new at market stalls, somewhat exotic and a bit of an unknown quantity. They were also rather expensive, which meant they were a fruit for special occasions such as Christmas.
The price eventually came down and more and more people bought them on a more regular basis.

Nowadays you see pineapples everywhere, even in little neighbourhood fruit and veg shops. But at Christmas they become a high-profile fruit because many Mallorcans like to have them as light ‘clean’ dessert, either cut up into smallish pieces and served with vanilla ice cream, or as palate-cleansing sorbets after a big festive meal.
Some people never buy pineapples because they think they are too difficult to handle, but that’s not the case. If you have a sharp knife, preparing a pineapple for the table is easy-peasy.

You should always buy a pineapple when it is slightly underripe and keep it until it reaches maximum ripeness. There are two ways of knowing when a pineapple is ready for eating: it will tell you when the time is right by giving off delicious ripe fruit aromas.

The other test is to give a gentle tug to one of the central plume leaves: if it comes away immediately then the pineapple is ripe. When a pineapple is at its optimal point of ripeness, you don’t want to mess about with it.

Cut it into finger-thick slices, trim off the rind and eat it with a knife and fork. You don’t need cream, ice cream or anything else with it. A glass of Veritas Dolç, the sweet white wine of the José l. Ferrer bodega at Binissalem, would be a lovely and luscious addition.

When using a whole pineapple for one meal, some Mallorcan housewives peel it whole, which can be done easily enough with a little practice and the help of a sharp knife.
Put the pineapple on a board, hold it by the plume, having first snipped off the spiky points, and slice off the rind in downward strokes. Cut off the base, stand the peeled pineapple upright and remove the ‘eyes’ with the point of a sharp knife.

However, I think the method of slicing the unpeeled pineapple into finger-thick rounds and then trimming the rind with a sharp knife is quicker and easier. By using this method you can cut off slices as they are needed.

Many Majorcan housewives use a smallish pineapple as a means of producing a dessert that involves little work. They take an unpeeled plumed pineapple and quarter it lengthways, serving each big wedge on individual plates. Be sure to provide knives with good cutting edge. Desserts don’t come much easier than that. Bigger pineapples can be sliced into eight wedges or more.

If the pineapple is fully ripe it will be juicy, fragrant and sweet, but with a citric tang that brings the meal to a most refreshing end.
One of the best fresh pineapple desserts I ever had consisted of thickish halved slices with the rind on and eaten without plates or napkins.
It was an impromptu second dessert as we chatted round a table and it helped that we were at a laid-back Zen wedding reception in an ancient mansion high up on the Deyá mountainside in the cool of a summer evening.

If you want to try a pineapple like that, do it as informally as we did: at the table cut the unpeeled pineapple into thickish slices, halve them, and hand round the halved slices with the rind. Unlike us, you can use small plates and napkins. But no knives and forks.
Another way of serving pineapple at Christmas is with brandy or some of the other spirits or liqueurs that are usually at hand during the festive season.
Dice the pineapple flesh, sprinkle it with sugar to taste and stir in brandy, liqueur, kirsch or any other spirit of your choice. Leave this mixture in the fridge for four hours or until the sugar and the spirits form a syrup.

Caramelised pineapple slices make a simple cooked dessert, especially when time is short. The peeled slices, with the core removed if it is very hard, are sprinkled with plenty of sugar and put under a hot grill until the sugar caramelises. Serve the slices with a fresh strawberry or a few raspberries in the centre.

If you are doing roast duck or rack of pork on one of the 12 days of Christmas, these slices are a good garnish, the tangy taste of the pineapple being a perfect foil for fatty meats.