The fire and cross of Sant Antoni

Members of the congregation wore black habits and on it was the Tau, referred to as Saint Anthony’s cross

The paraphernalia for the Sant Antoni fiestas was staying in the wardrobe. | Andrew Ede

A publicity image for Sant Antoni in Manacor this year featured a wooden wardrobe with the doors open. On the shelves lay two masks - one of the demon, the other of Sant Antoni. There was a figure of the saint for the blessings (of the animals) and there was a blue tunic. On this tunic was a white cross - the symbol of Sant Antoni. This is known as the Tau, which is not a Mallorcan or Catalan word, it is the nineteenth letter of the Greek alphabet and was also the last letter of the Phoenician and Old Hebrew alphabets. The Tau is the letter “t”.

The image said it all: the paraphernalia for the Sant Antoni fiestas was staying in the wardrobe. Nevertheless, one element was prominent. On the wall of the town hall building, to the right and left of the balcony with its flags, were two blue banners with the white cross symbol. The Tau is as intimately linked to Sant Antoni as are demons, bonfires and the blessings. It can also be red - it is in Muro - but in Manacor and Sa Pobla it is white.

The Tau is more widely associated with the Franciscans, but Francis of Assisi and his followers adopted it from the Anthonians, the religious orders and communities under the patronage of Sant Antoni.

Towards the end of the eleventh century, a congregation was founded that gave thanks to relief from Saint Anthony’s Fire, a herpes ailment that produced sores very similar to burns. This congregation was in a place called Saint-Didier de la Mothe in what is now the Auvergne-Rhône-Alpes region of France. The name of this place was changed to Saint-Antoine-l’Abbaye. The relics of Sant Antoni were supposedly in the church, while the congregation (the Antonines) founded the original hospital of the Hospital Brothers of Saint Anthony. The hospital treated those afflicted by Saint Anthony’s Fire, an all too common complaint in those mediaeval times. It was caused by ergot poisoning, fungus from rye and similar grasses, and ergotism was the long-term effect

Members of the congregation wore black habits and on it was the Tau, referred to as Saint Anthony’s cross. So, the use of this Greek letter in France and the abbey of Saint-Antoine were to serve as parts of the tradition of Sant Antoni in Mallorca. The abbey lent its name to Sant Antoni, typically known in Mallorca as Sant Antoni Abat.

The Anthonians and the Franciscans modified the letter so that it came to represent the cross of Jesus. It is a striking symbol because of its simplicity and also the impressions conveyed of austerity (Antoni was a hermit) and ominousness. Antoni was confronted by the devil, but the T also symbolises life and resurrection, and it had done for centuries before the Anthonians adopted it. 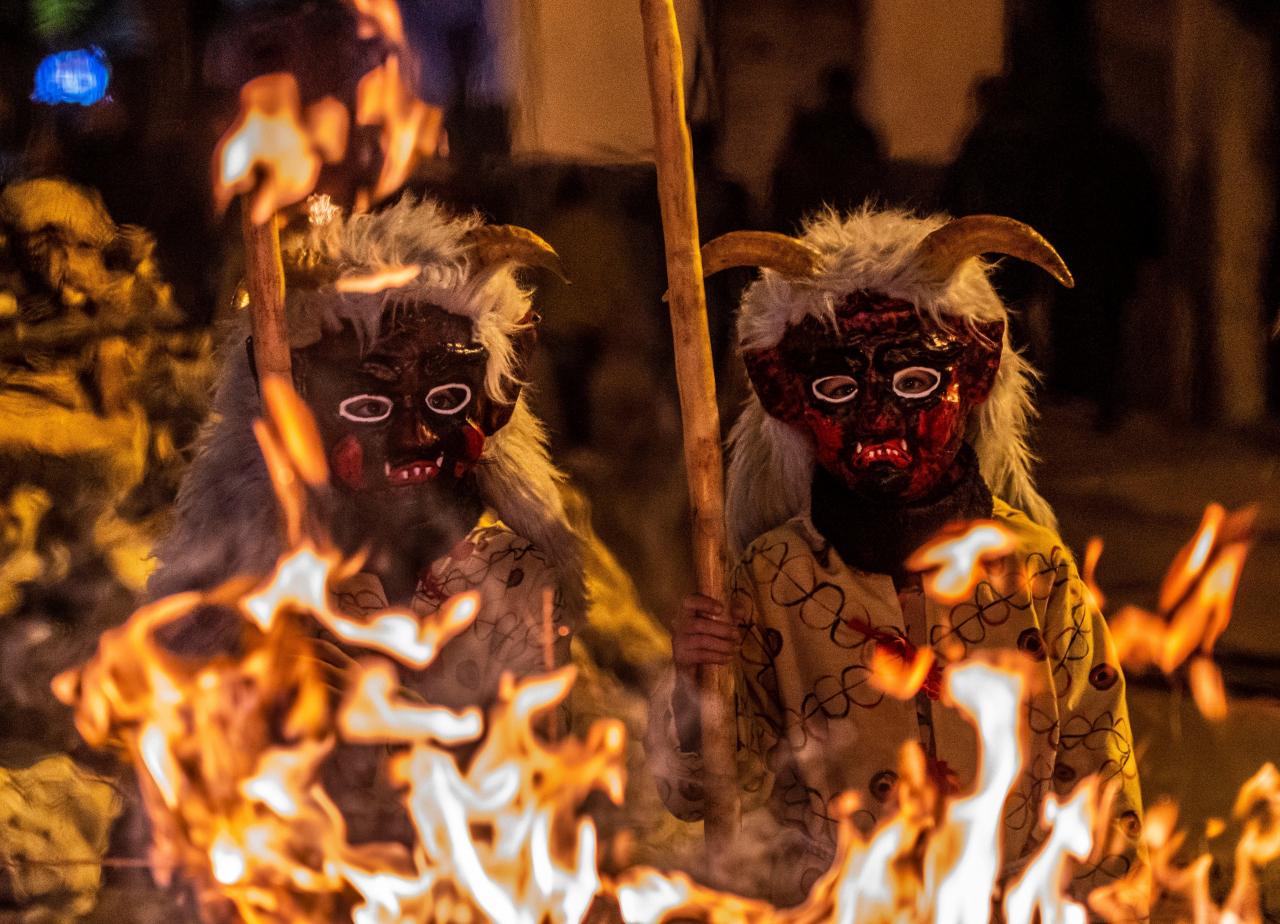 The Tau is one element of a Sant Antoni tradition in Mallorca which, depending on municipality, can have its different emphases. For example, in Sa Pobla they award a ‘Tau d’Or’ each year, a gold T. It is granted by the Obreria de Sant Antoni, the body which oversees the maintenance of the church and also the traditions of the fiesta.
Coming back to the saint’s name, Manacor doesn’t usually refer to him as Abat. They’re right not to in one regard, and that was because he never was an abbot and certainly not in late-eleventh century France. The link with the abbey does, however, explain why Manacor prefers Sant Antoni de Viana. Saint-Didier de la Mothe, later Saint-Antoine-l’Abbaye, was near to a village called Vienne - Viena del Delfinat in Catalan. Viena became Viana.

There are other names, such as Sant Antoni del Foc (a reference to Saint Anthony’s Fire and not bonfires) and Sant Antoni del Porquet, the piglet. While the saint is known for his animal blessings, the specific reference to the piglet is because pig fat was one of the treatments for Saint Anthony’s Fire and ergotism. In Palma, the Anthonian order was to come into conflict with the city authorities who, in 1719, sought to ban pigs from wandering along the streets. The pigs had until then been able to go more or less where they wanted to.

The history of the celebrations of Sant Antoni varies as well. In Sa Pobla it goes back to the fourteenth century, but in Manacor there is no documentary evidence of the fiesta before 1854, albeit that there had been blessings of animals for a long time before this. However, the chapel of Sant Antoni was built in 1300, and so there would have been some celebration - a special devotion probably - from that time, and the Tau would almost certainly have featured.

Next year, we can but hope that the tunic with the cross of the T doesn’t remain in the wardrobe. Centuries of tradition can’t be denied.