There’s no getting out of your math test

Winter’s been weird this year. All my fellow Americans on Mallorca probably have the recent storms in Texas and other parts of the South and Midwest at the front of their mind, but we can’t forget about the snow-capped Serra de Tramuntana we had here just a few weeks ago. Of course, there were no power outages, but I do recall some roads blocked off, albeit for somewhat different reasons.

As someone who grew up with regular primary school tornado drills, moving to a Mediterranean Island where people have canceled plans with me due to wind has definitely taught me that weather is sometimes in the eye of the beholder. For example, I always loved the snow as a kid, partly because it gave me the opportunity to fill the neighborhood with giant, muddy snowballs, destroying yards and probably my parents’ reputation, but mostly because I got off school.

Mallorcan kids rarely get snow days, but they seem to love the winter weather even more than I did. I had one mother interrupt her son’s English lesson to point out the flurries outside because he’d never seen snow before. He was beyond giddy, and we spent the rest of the morning on winter vocabulary.

On the other hand, my time living in Saxony taught me that there’s such a thing as too much snow. My delight at the first November snowflakes was replaced by a hatred for the white powder by February, especially since it didn’t carry any of the take-the-day-off magic I was used to back in Arkansas. German infrastructure is naturally quite prepared for snow, so the only thing that changed about my routine was how often I had to mop up the slush in my entryway.

Unfortunately for the current generation of school kids, snow no longer means everything is canceled except cartoons and cocoa. Thanks to COVID, all schools have to do is announce an e-learning day, and it doesn’t matter how high the snow drifts get. There’s no getting out of your math test. That’s true whether you live in Mallorca, Missouri or the North Pole.

Losing power and running out of food probably doesn’t help things either. My younger brother in Texas somehow had to manage studying for the bar and caring for two twin babies with rolling blackouts and short intervals of power never longer than two hours. Not to mention the empty supermarket shelves—and that’s if you could even get there without finding yourself in a pileup up in the highway.

I don’t know about you, but this white apocalypse has had me thinking about emergency preparedness. An infrastructure-straining snowstorm seems pretty unlikely in Mallorca, at least down at sea level, but then I never thought I’d see Austin, Texas, get shut down by winter weather either. And like I said, we did see the mountains snow capped for an extended period of time this year. Would Mallorca fare better than Texas has in a similar situation? 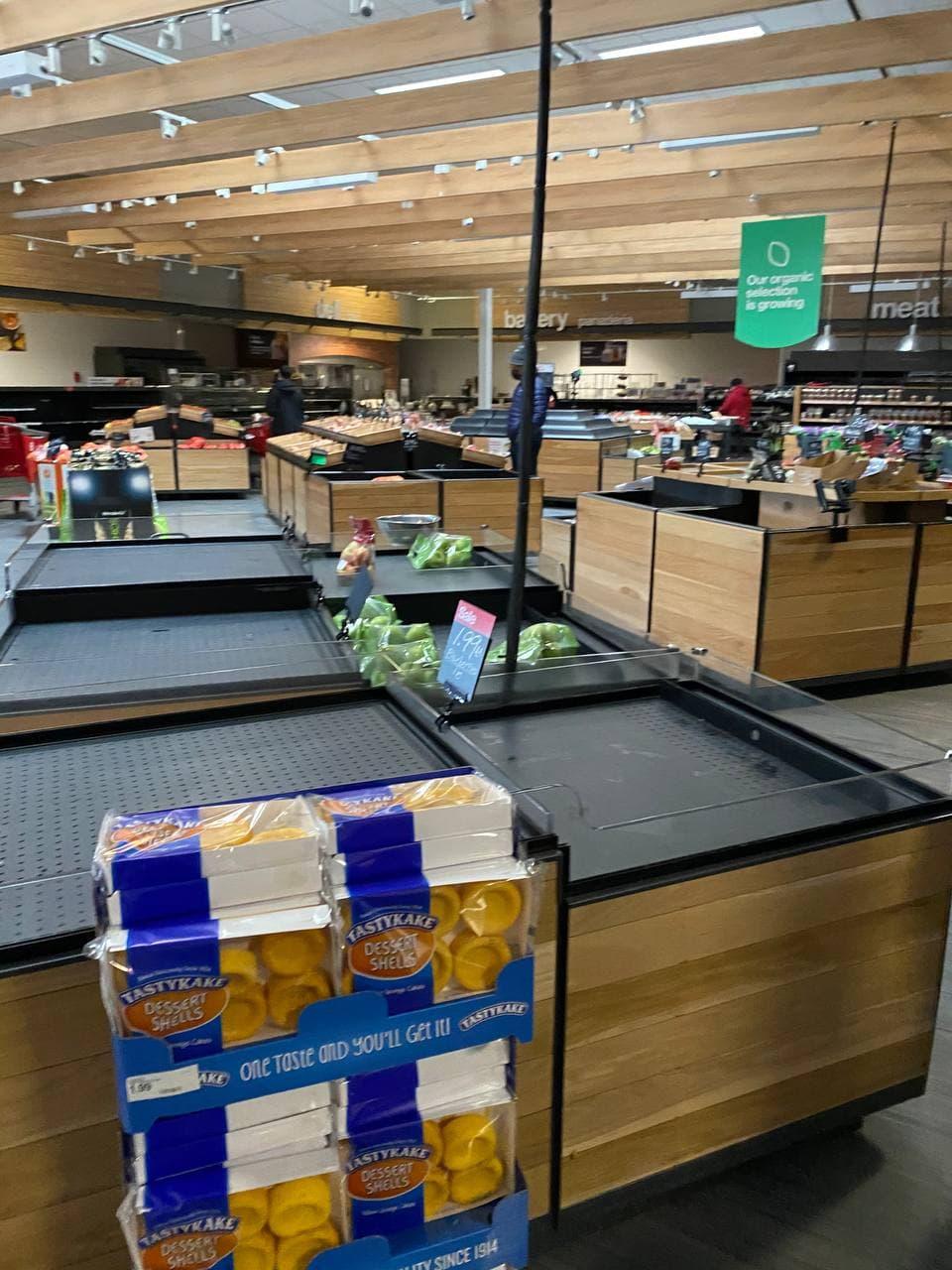 To find out, I did a little bit of research. Unlike Texas, which has its own isolated power grid, Mallorca is hooked up to mainland Spain and therefore the power grid that connects most of continental Western Europe. In fact, at peak times like the evening, Mallorca relies on imported energy for nearly a third of its demand, which can reach over 550 megawatts in the winter. That demand can top 700 megawatts in the summer, though, so it seems like an unusual jump wouldn’t be too much to handle.

However, similar to Texas, Mallorca’s local energy supply relies heavily on natural gas and includes two gas-turbine power plants. The equipment at these plants can be susceptible to cold weather, and a shutdown of one of the plants could result in problems. Heavy snow could also knock down power lines like happened in the Peninsula in the 2009-2010 winter, leaving hundreds of thousands without power.

At first glance, it seems like the supply chain for food and important goods would be the biggest concern. Indeed, Mallorca has to import about 70-80% of the food required to feed its population. But that comes by boat, so we’d be talking about a deep freeze bad enough to form ice in the ports, something that didn’t happen in the infamous winter storms of 2010, 1965 or even 1709 when Mallorca was blanketed with snow. 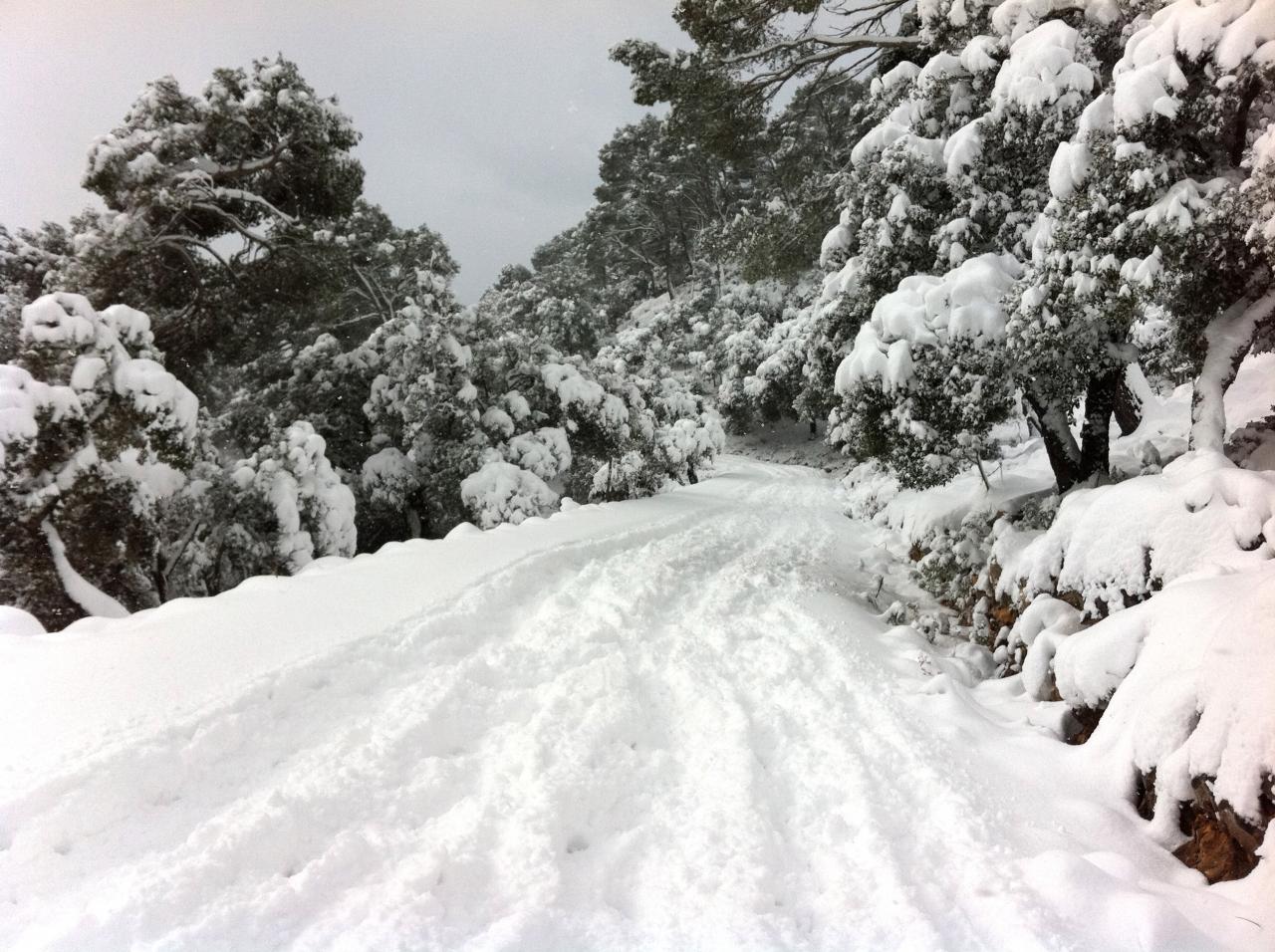 What we do know from these historical winters, though, is that it’s the highway and transportation infrastructure that’s most susceptible. Like Texas, Mallorca has little need to invest in snowplows, salting equipment, etc., so at the very least, a Mallorcan winter wonderland probably means you’d be stuck at home for a few days.

As a former Boy Scout and someone who thinks the American obsession with self-reliance is one of our better qualities, I think it’s clear the lesson Mallorca can learn from the Texas deep freeze is be prepared—for winter weather or whatever else may come. In fact, I think that’s an essential part of island living along with the sand, sun and wonderful people.