the great panacea of the fruit world

A friend was lamenting that strawberries bought here between February and May are “almost without exception hard in their centres and quite often bitter in taste and requiring large quantities of sugar, cream or ice cream to make them palatable”.

The thing about strawberries, and all of the berry clan, is that they are very seasonal fruits. And that season is a short one, so we have to make the most of it while it lasts.

February to May is definitely not part of the strawberry’s natural season, so those on sale during that time can come from only one source: plastic tunnels in the south of Spain.

Most of Spain’s strawberry crop comes from Huelva which is also famous, among other things, for its top quality Iberian cured ham. This area, near the Portuguese border, produces really fine strawberries — during their summer season.

At the start of the 1980s, vast sums of money were poured into the strawberry trade and it was Huelva that later helped to make Spain the world’s largest strawberry exporter.

Success came in a big way when the Huelva growers began to produce the fruit during the winter months…in plastic tunnels. Huelva’s climate is ideal for this kind of winter husbandry. It almost never freezes there and the average temperature is 20C. There’s moisture in the air, but rain is rare.

The harvesting of the winter crop can start as early as January and we can buy them between February and April. However, strawberries at market stalls during that period could also come from Chile or some other part of the world where it’s summer. But in that case you would know: they would be extremely expensive.

The moral here is an easy one: buy strawberries during their natural season, bearing in mind it’s a summer one and very short. And if you must have the strawberry taste out of season, look for a very fine (and expensive) strawberry jam.

Our ancestors started making jam and other preserves as a means of having fruit out of season. It was a much better idea than forcing the fruit in plastic tunnels, harvesting it before it’s ripe and then marketing it with hard centres, and so bitter it needs lots of added sweetness to make it palatable.

There was a time when all summer fruits and vegetables were strictly seasonal and dishes made with them were eaten only during the summer months.

In those days, a Mallorcan speciality such as tumbet was summer dish par excellence. That is why tradition tells us it should be eaten at room temperature and not straight from the oven.

In later years, the ingredients of a tumbet (red peppers, aubergines, courgettes) became available out of season and the dish was on some restaurant menus all year long. A Mallorcan friend, who was a purist in all matters concerning Mallorcan cooking, totally shunned all restaurants that had out-of-season tumbet on the menu.

His theory was that if they were using out-of-season summer veggies, then who knows what other culinary sins they were committing. That should be our attitude with strawberries: stay away from them unless it’s their natural season. But during that short season we must dig in and make the most of them.

A strawberry picked when it is ripe is one of nature’s greatest tastes. Strawberries, members of the rose family, are so delicious and unique, that they are best eaten as they come, or with the addition of one other ingredient.

The favourite British way of eating them is with cream, but don’t be heavy-handed with it: you are meant to be eating strawberries with cream, not cream with strawberries. The first time strawberries were served with cream in England was at a banquet given by Cardinal Wolsey in 1509, so it’s a dish with a long pedigree. 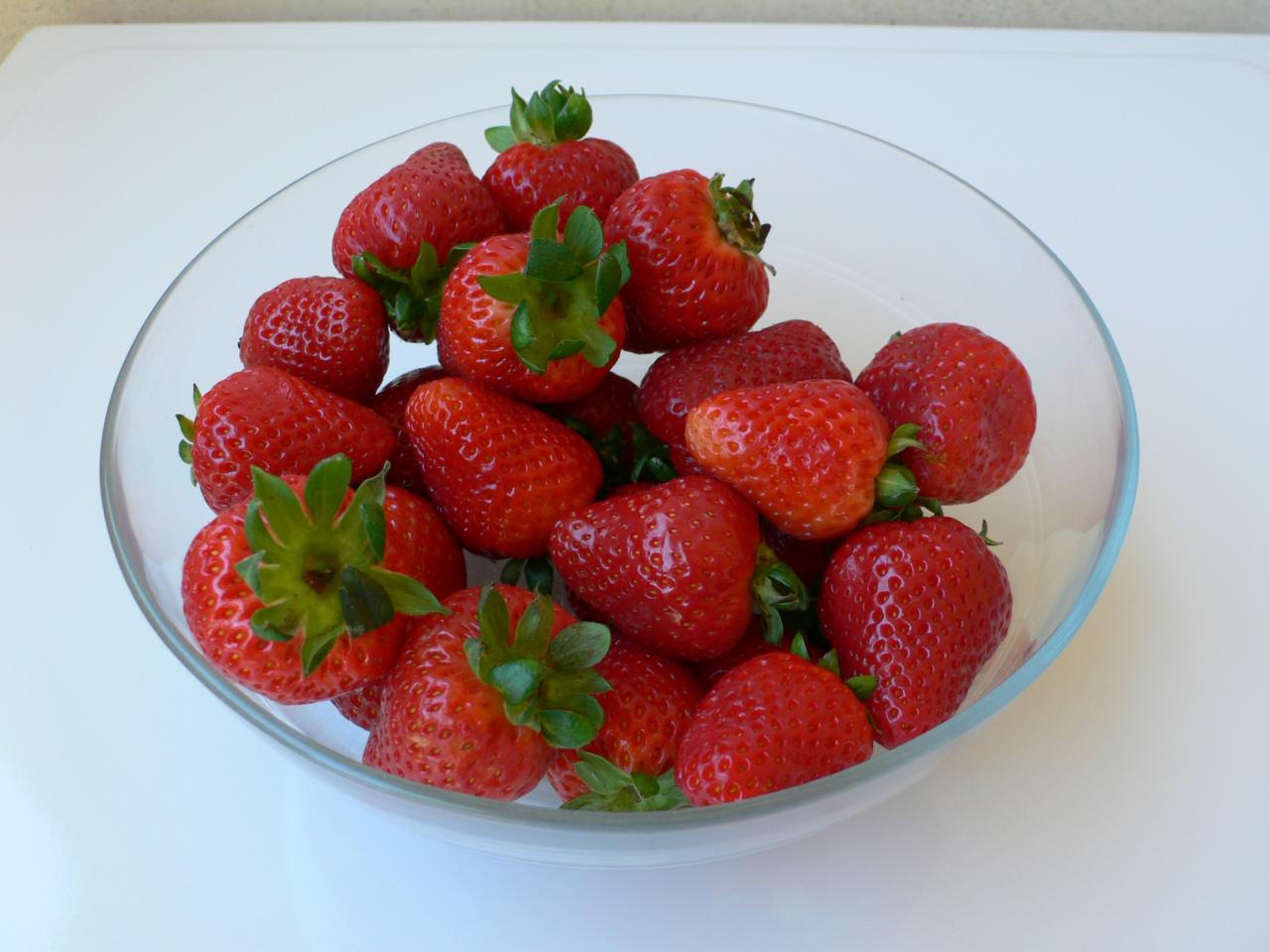 Some nations, though, never have their strawberries with cream. The Italians prefer to douse them with with fresh orange juice, a delicious and extremely healthy way of serving them. Others like to sprinkle them with freshly ground black pepper because it enhances their flavour.

A few years ago an upmarket Palma restaurant had them on the menu with a fiery green pepper sauce. I would never mess about with strawberries to that extent so I didn’t try them, but I was told they were very good.

My preference is for the traditional French way of eating strawberries: unhulled and with a small bowl of sugar on the side for each diner. The strawberries are picked up by their green calyx, dipped into the sugar and eaten in two or three nibbles, depending on their size — an especially suitable way of eating jumbo size strawberries.

On the other hand we should avoid extra-large fruits because they contain more water and are less flavoursome.

Strawberries deteriorate quickly, which is why they are picked unripe, especially when they have to travel to the other side of Spain — and often to other countries. It’s best to buy them when they are ripe but firm, and eat them the same day.

Water is the great enemy of all soft fruit, so avoid washing strawberries — instead, wipe them with a damp cloth. But if they do need a wash, make sure it’s a quick one. And you must always wash them with the calyx intact: a hulled strawberry has a little hole and any water that penetrates will dilute the taste.

Strawberries, as well as the other members of the berry family, are the great panacea of the fruit world. Not so long ago there was a time when it seemed that every three or four months I was reading about one of the berries that was suddenly in the superfood class and could work wonders for our health.

The news on one occasion was that blueberries, which were already being hailed as an anti-ageing food, contained a compound that could fight colon cancer. This compound, called pterostilbene, is in the pigment that gives blueberries their colour — the darker the berry, the higher the concentration of antioxidants.

Blueberries, called arándanos in Spanish, have also been found to improve short memory loss and enhance balance and co-ordination.

A study at Rutgers University in New Jersey found that the blueberry compound wouldn’t cure colon cancer but could help to prevent it. The study underscored the need to include more berries in one’s diet — especially blueberries.

This research added to the growing amount of evidence of how one’s diet can help prevent colorectal cancer. The study underlined the benefits of a plant-based diet rich in whole grains, fruits and vegetables. 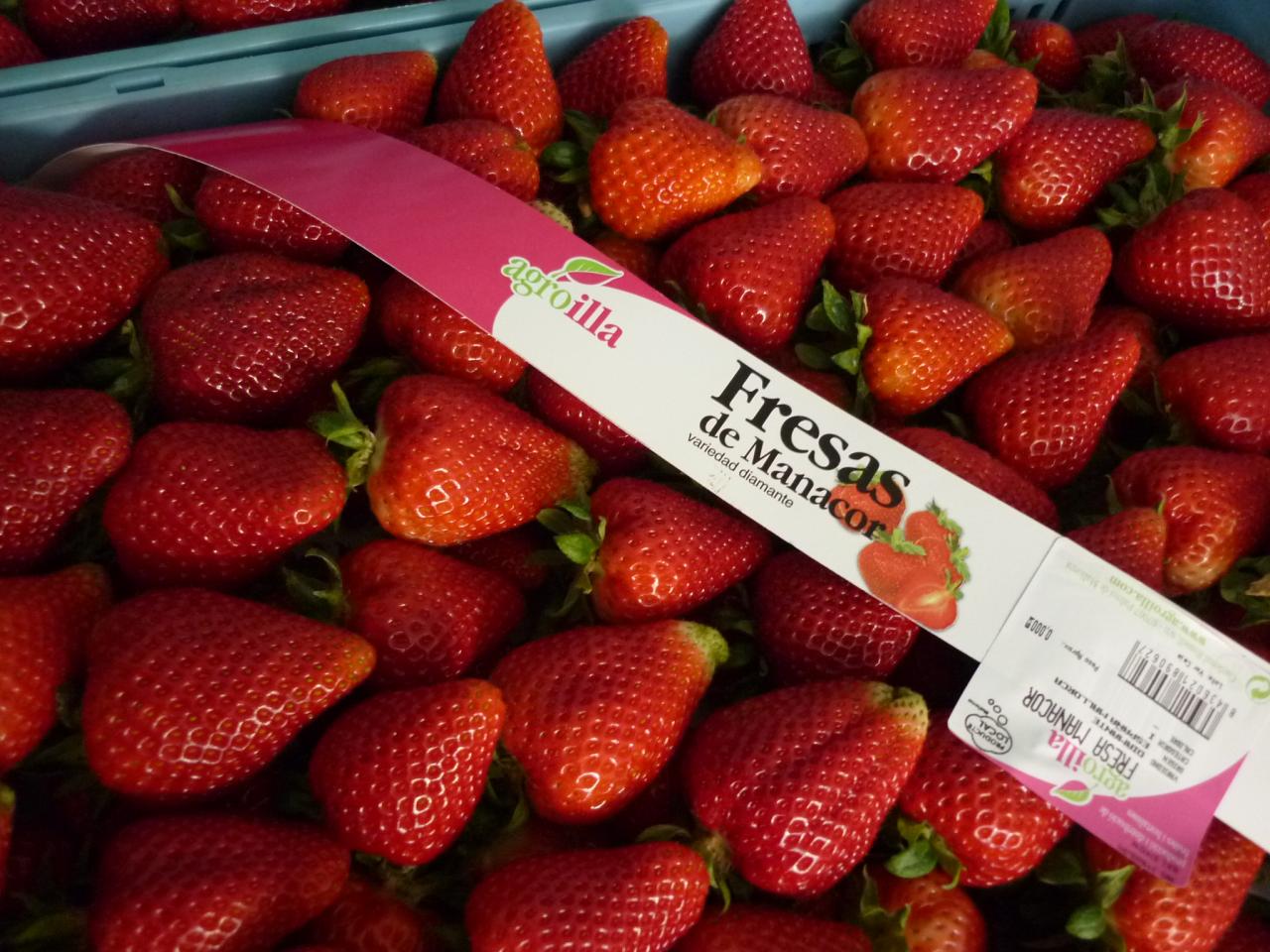 Soon after that study was released, it was reported that blackcurrants could also help to fight cancer, as well as heart disease and Alzheimer’s. This research showed that the British blackcurrant is more beneficial than exotic fruits such goji berries and blueberries.

Scientists found that blackcurrants contained higher levels of vitamins, minerals and antioxidants than 20 other fruits that were tested. Their amount of antioxidants, including the compounds called anthocyanins, is such that blackcurrants can help prevent cancer, Alzheimer’s, heart disease, eye strain, MRSA and diabetes, among other ailments.

A research scientist commented that fruits with a deep purple or red colour perform particularly well — and the darker the fruit, the higher the antioxidant content.

The antioxidants in blackcurrants protect almost every part of the body. They are anti-inflammatory and fight cholesterol as well as cancer. They protect cells and blood vessels and encourage collagen growth, which leads to a younger-looking skin.

A Japanese study also found that people who ate plenty of blackcurrants adapted better to the dark and had less eye fatigue.

Blackcurrants, called grosellas negras in Spanish, are available in Palma but they are quite expensive. When I first read about these reports, I immediately thought of blackcurrant jam, which is on sale at most of the bigger supermarkets and is reasonably priced.

But jam is not a good way to get the beneficial effects of blackcurrants because sugar destroys most of the anthocyanins. It’s best to eat them fresh, with a good sugarless cereal. They can also be mashed and kept in the fridge or freezer to be used as a sauce for puddings — but only those made with a small amount of sugar.

The mashed fruit can also be used for a drink, sweetened at the last minute with as little sugar as possible.

I’ve never heard of study that puts strawberries into the superfood class, but this favourite British summer fruit, and beauty queen of the berry world, is packed with nutrients and health benefits.

Strawberries contain more vitamin C than any of the other berries except blackcurrants, and a 100 grs serving provides the daily requirement — which is even more than oranges give.

There are only 27 calories in 100 grs of strawberries, one of the reasons top models nibble them at all times of the day. Models also prefer them because their high vitamin C content helps to produce collagen — and that keeps the skin taut and looking young. The high amount of acid removes dead skin cells and cleanses the pores.

And if you’ve been in the sun for too long, an occupational hazard for visitors to Mallorca and models on photo shoots, then the fruit helps the body to fight sunburn. The acidic juices also help to whiten discoloured teeth. Strawberries contain magnesium, essential for the nervous system and the muscles.

Their zinc content made the ancient Romans think they were aphrodisiacs. The Romans also believed they alleviated symptoms of melancholy, fainting, all inflammations, fevers, throat infections, halitosis, gout and diseases of the blood and liver.

Psychologists tell us that strawberries send energy-boosting messages to the brain. They are also one of the few fruits with ellagic acid, which helps the body to fight cancer-inducing substances.

They don’t contain a great deal of this acid, but it combines with glucose to form water-soluble compounds that are easily absorbed by the body.

As the strawberry contains so much that benefits our health, perhaps we should ignore the out-of-season crop’s hard centres and bitter taste — and eat some of them for their therapeutic properties.