When I first visited Mallorca (1990), the Kentish Plover was a bird high on my list to see, and on day two we had gone to the Albufereta Marsh between Puerto Pollensa and Alcudia. I was with my late father and we parked up and started the walk in towards the reserve. I remember the moment as if it were now, the little open field on the right had been tilled and there towards the top end were some little waders scurrying about.

They were a pair of Kentish Plovers and I was overjoyed. This was a new species for me and the pictures in the books did not disappoint. Armed with my bird guide for the island by a man I met several times (the late Graham Hearl) I had followed the instructions on how to get here. That day I had around twenty new bird species for my list.

Mallorca is starting to see some good birds moving through now as migration is under way, and next week we will look at the summer migrants to watch out for. A pair of Montagu's Harriers were reported from the central plains and Red-footed Falcons are coming through.

Check along electricity wires and poles where they like to perch. A Short-eared Owl was reported from Far de Cap Ses Sallines and three Collard Flycatchers have also been reported. Keep those eyes open. But this week, I want to bring your attention to a cute and very busy little resident.

The Kentish Plover (Charadrius alexandrinus) is a small shorebird of the family Charadriidae that breeds on the shores of saline lakes, lagoons, and coasts, populating sand dunes, marshes, semi-arid desert, and tundra. Both male and female birds have pale plumages with a white underside and a grey-brown back.

The male birds also exhibit very dark incomplete breast bands, and dark markings either side of their head and therefore regarded as sexually dimorphic. Charadrius comes from the Greek word 'kharada' meaning a 'ravine'. The specific name is geographical, referring to the city in Egypt. They no longer nest in Kent, or anywhere else in Britain for that matter. 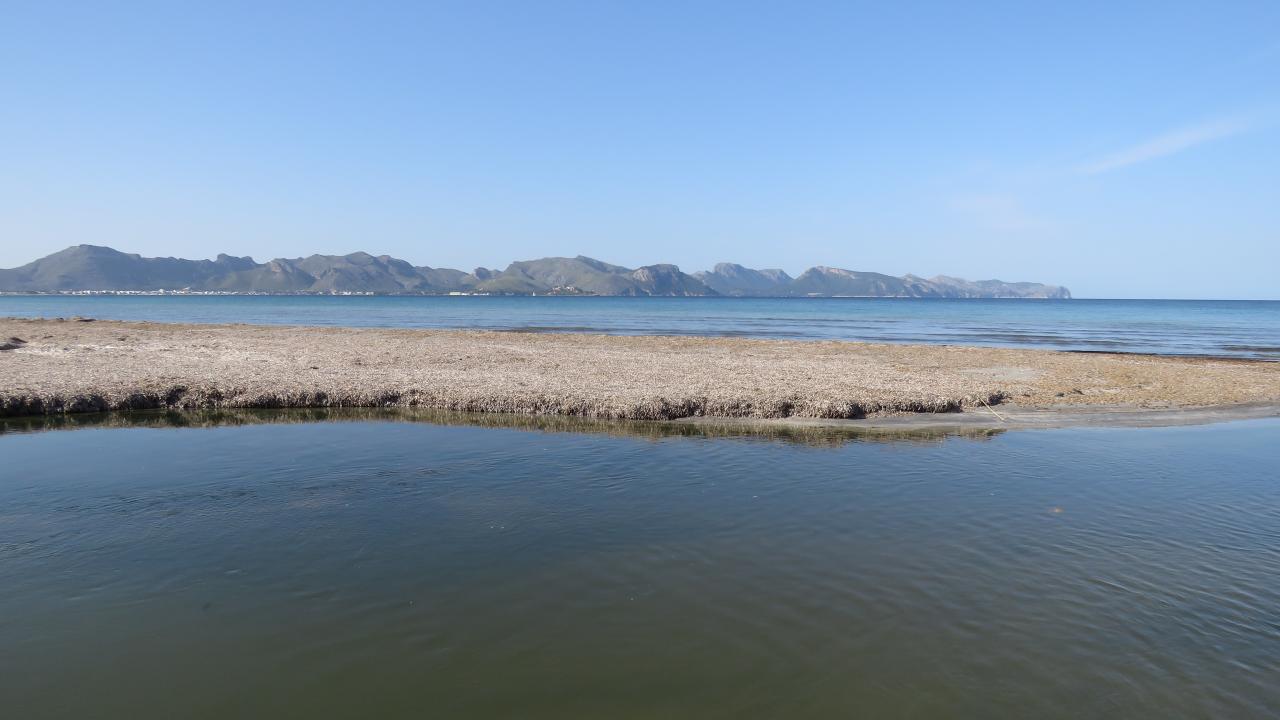 I love watching these tiny and busy little waders going about their business, and a walk along the tide line is always entertaining when they are searching for tiny insects amongst the Neptune Grass (these are the brown balls you see washed up in their thousands on the beaches). It is also a nice scene when they are amongst the sand where the background really shows off the plovers delicate colouring.

Although they will happily share the same habitat, they tend to stay away from the larger waders feeding on the shore line such as Common Redshank and Greenshank, and prefer their own little space. They will mix in with Dunlin and Sanderling with no worries though. Many a time I have scanned across the shoreline or in a ploughed field or on the edges of the marshes, and suddenly there is movement, and the Kentish Plovers which had blended in so well with the brown shades of their habitat reveal themselves. 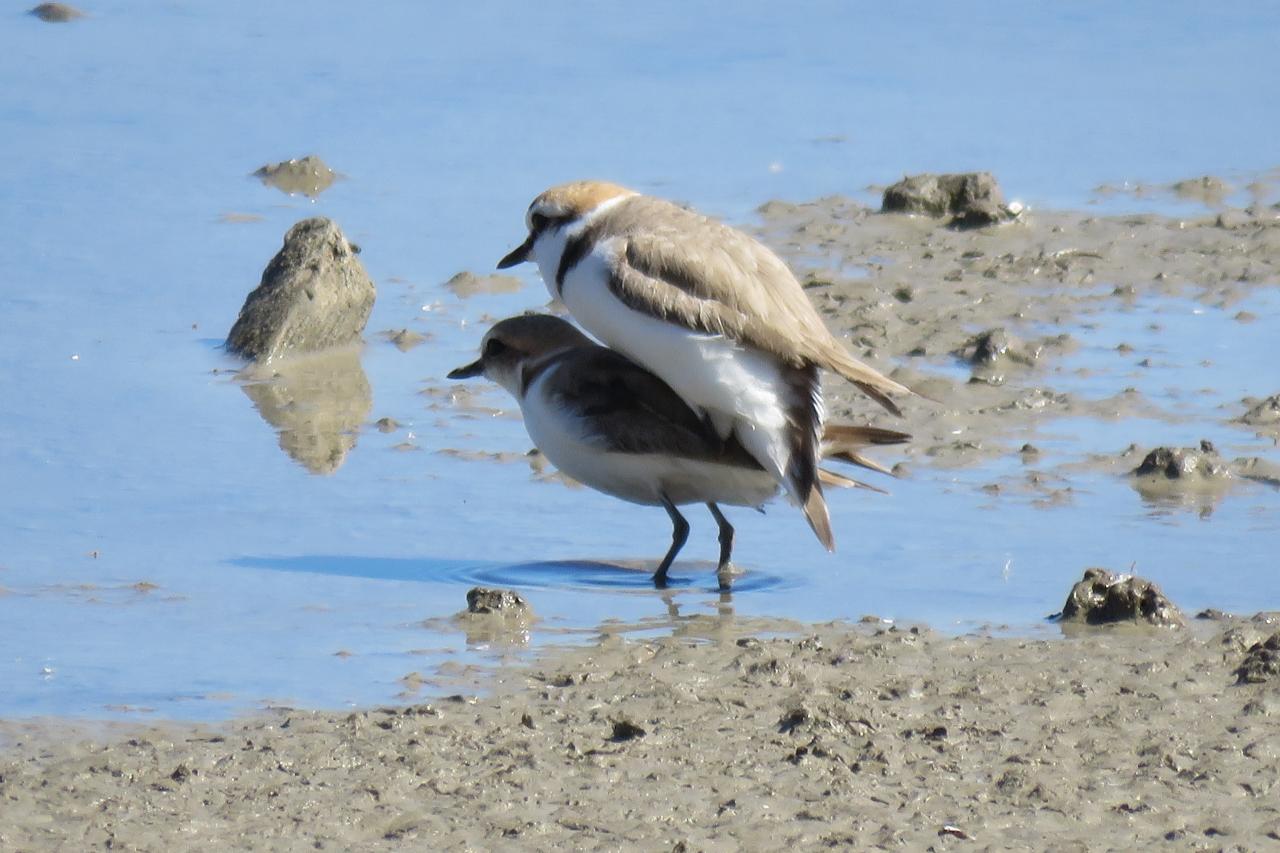 The Kentish Plover is a small often overlooked bird, with a wingspan of 42-58cm and a length of 15-17cm. They weigh between 40-54g. A shore nesting bird, they are prone to human disturbance and have taken advantage of adaptions in land use in some areas such as salt pans and gravel extraction areas. Where safe nesting areas do occur, they can become almost colonial, with several nests being built within a short distance of each other.

The nest is a simple shallow scrape in the ground usually near water with a lining of grass, leaves, pebbles and shells which when seen makes for a beautiful little sight. Three eggs are laid, being a pale-buff colour (not glossy) with black streaks and spots which blend in incredibly well with the pebbles and shells. Small worms, crustaceans and molluscs form their diet. When feeding inland, insects are the main food source. They use a distinctive and characteristic 'run and stop' method when feeding. I told you they were busy little things.

They are a pale coloured plover with the adult showing less black on the head than the Ringed Plover which is a good identification feature even from some distance. The neck ring is also incomplete on the Kentish Plover, another good ID feature. Breeding males have a chestnut crown and black patch on the forehead. 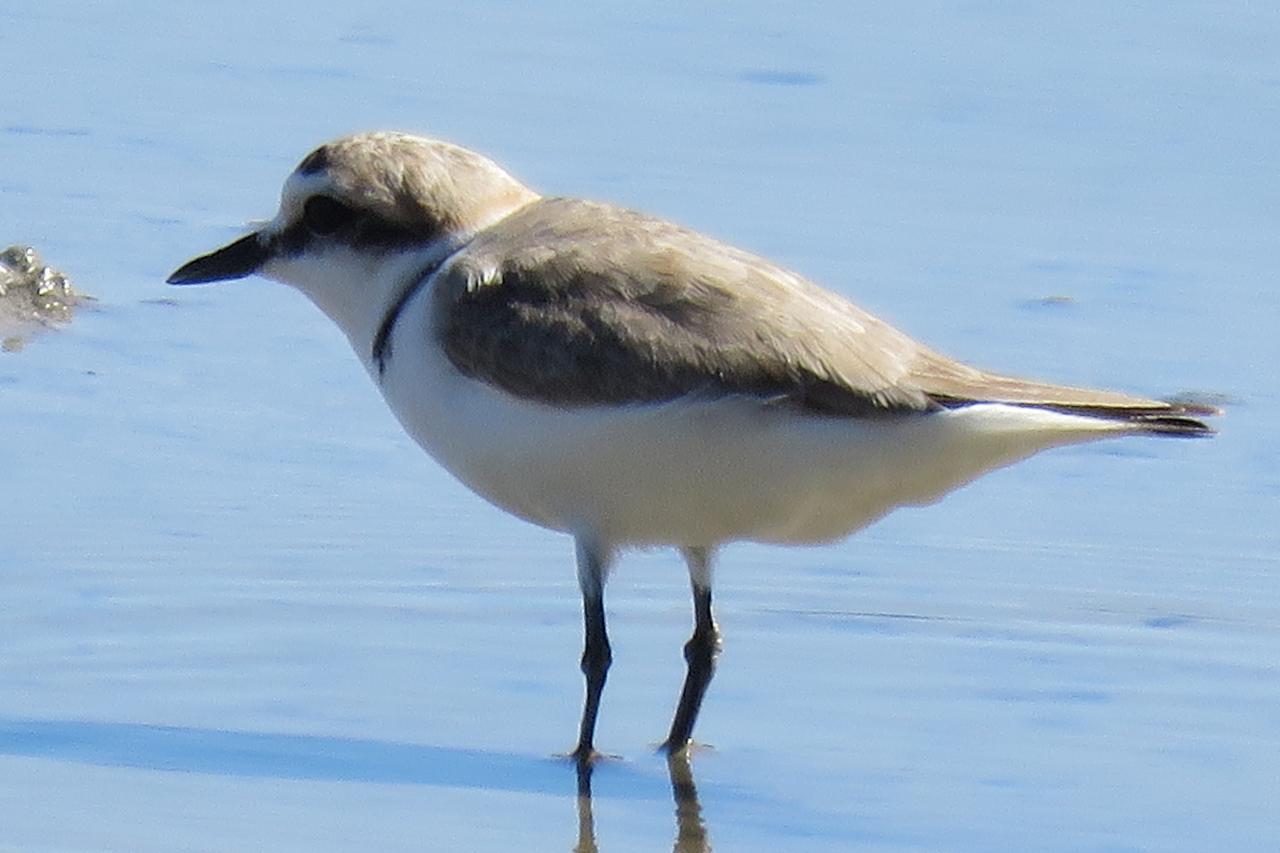 The female has no black patch. The bill and legs are black and both sexes appear longer-legged than the Ringed Plovers who they share the same habitats with. Juveniles are plainer than the adults with greyer upperparts. In flight they show a broad, white wing bar and can often look relatively large-headed and short-tailed.

The call is a short 'kip' or 'peep' but they will become evident when first scanning across a field or along the shoreline as they are very active. One of my favourite moments regarding this species was being sat down on the shore line between Puerto Pollensa and old Alcudia, looking out at sea. I had just watched a migrating Marsh Harrier come in over the calm sea. Near to me was a Grey Heron and two Little Egrets feeding with a Cormorant holding its wings out to dry them off after it had been fishing.

Just down from me in some small dunes a Little Ringed Plover was keeping an eye on me. I sat there alone, listening to the water cover the pebbles then make a whooshing sound as it retreated back over them. A little further along the shore line were a pair of Ringed Plovers and a Sanderling with a pair of Kentish Plovers mixed in. The Sanderling and Ringed Plovers took off when a Greenshank turned up, but the remaining plovers, unaware of my presence, moved closer and closer.

I knew if I moved to take a photograph they would take flight, so I savoured the moment and watched instead, lying as still as I could. The two Kentish Plovers walked right in front of me, picking at insects which were jumping around amongst the Neptune Grass, and carried on their business as they walked away from me. What a moment. It's not all about getting that photo, sometimes it is just nice to sit back and watch the birds in their natural environment. Bliss.