Save the med: They are pushing their bodies to the limit to help protect the Mediterranean Sea!

Ten individuals are working hard to train their bodies to endure challenging long distance swims in the name of marine regeneration. | Pavel1964

As we write this, ten individuals are working hard to train their bodies to endure challenging long distance swims in the name of marine regeneration. Check out the links below to see why they are doing it, how it is going for each of their three initiatives and how you can support them!

An incredible group of seven swimmers and friends are preparing to become the first people in history to swim around the island of Cabrera, a 22km uninterrupted group swim which is expected to take 8h in total.

Their aim is to raise awareness about the importance of Marine Protected Areas (MPAs) for restoring biodiversity and fundraise 20.000€ for Save The Med’s project to create a network of science based MPAs around the Balearic Islands.

Being one of the main tourist destinations in Europe, the Balearic Islands attracts millions of visitors each year, swelling an already growing local population. Despite being home to some of the most abundant marine environments in the Mediterranean Sea, the impact that expanding demographics and human related activities have on the marine environment is severe and has put fragile marine species and ecosystems in danger of decay.

Marine Protected Areas (MPAs) are crucial for the restoration of depleted fish stocks and the regeneration of marine habitats and biological diversity. Marine environments, including seagrass meadows, are also some of the most efficient natural carbon sinks, absorbing significantly more CO2 from the atmosphere than forests, and function as buffers for climate change. 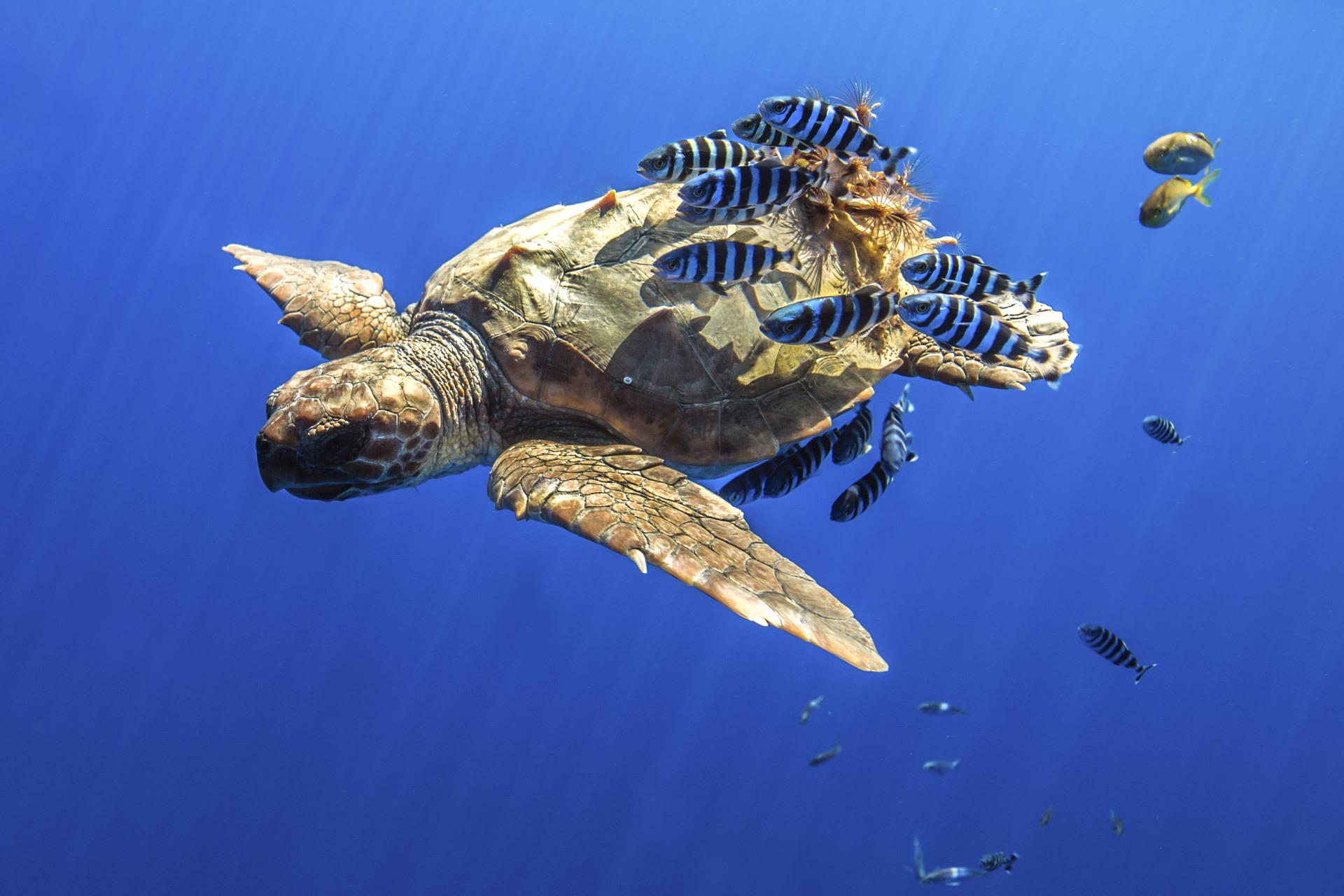 In times where the planet is facing irreversible threats properly designed and managed Marine Protected Areas are the best tool we have to regenerate marine habitats and biological diversity and these swimmers are determined to contribute their part!
Find out more, spread the word and, if you are able to, please consider supporting their efforts by donating via ihelp.org. Search for the challenge “Nadando por Cabrera - Swimming for Cabrera.”

Meanwhile, the amazing duo, Peter Langan and Timothy Galgey, have set out to snorkel 550km of Mallorcan coastline during the month of July to raise awareness of plastic pollution and support local charities Yachting Gives Back and Save The Med Foundation.

They post regular video updates on their Facebook page “Mallorca 360 Snorkel Challenge” sharing their experience and providing updates. You can support their initiative via https://gofund.me/589e2080.

And last but definitely not least, in August, Caroline Livesey will undertake a 16km solo open water swim, crossing from the island of Cabrera back to Mallorca to raise funds for the new shark conservation project called “Little sharks - Stellaris Acion.”

This collaborative project is a joint effort between the Balearic Government, Save The Med Foundation, Marilles Foundation, Palma Aquarium Foundation, Petites Illes del Mediterrani, Mallorca Preservation Fund, Centre de visitants del Parque Nacional de Cabrera and local fishermen which focuses on the nursehound (Scyliorhinus stellaris), a small shark species which is protected in the marine reserves of the Balearic Islands.

The project aims to help the Balearic nursehound population to recover through the breeding of nursehound sharks in a controlled, artificial environment and the subsequent release of the offspring in different areas of the Balearic Sea.

It will be combined with an environmental education programme to educate about the threats to and ecological importance of sharks in the Balearic sea and involves the Balearic fishing sector in the conservation of the species.

Follow Carolines journey on YouTube: The Brick Sessions, and support her via migranodearena.org - “Cabrera Crossing, Swim for Project Stellaris.”