This week I meet with Swedish artist, Darin Zanyar or the King of Swedish Pop as many refer to him. Born in Stockholm to a Kurdish family, Darin began writing songs at age 14 and was quickly catapulted to national fame in 2004 when his debut single ‘Money for Nothing’ (co-written by his colleague the superstar Swede Robyn) reached number 1.

He has worked with some of biggest pop hitmakers, including Max Martin and RedOne, and has won multiple Swedish Grammy Awards. Darin emerged as a teenage star and soon became one of Sweden’s largest cultural forces with a devoted fan base that has made him a household name in his native country. He became the most performed artist on Swedish radio in 2018, a triumph that followed with a successful 2019 arena tour in Sweden that resulted in a concert film. 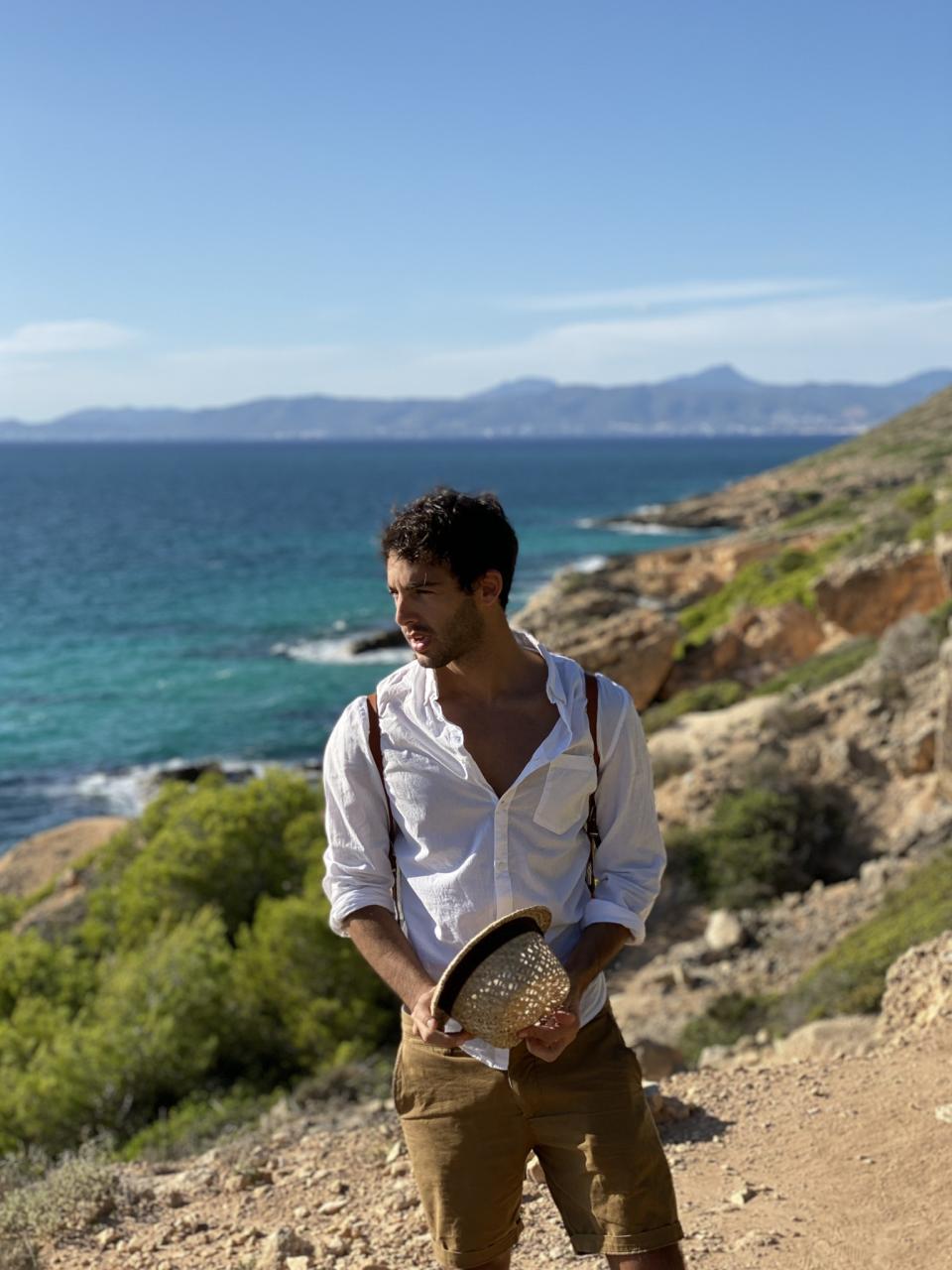 We meet to talk about his coming album and his first release from it, a song he wrote in Mallorca during last year called “Can’t stay away”. It was an extreme year in many ways, Darin remembers, he began to compose the album in Mallorca at the beginning of the pandemic through Zoom calls. “For me the only way to compose is doing it with other lyricists, so Jamie helped me compose the song and since he was in Los Angeles at the time, we had to write it by ZOOM,” explains the singer. His main objective with this pandemic song has been to lift the mood and awaken the positivity of his listeners after all the suffering derived from confinement: “It was what we all needed at that moment because it talks about falling in love but not being able to be with that person , which is something that many people have now experienced for the first time in their lives with all the restrictions and limitations of mobility. The Jamie he talks about who have been involved in the new release is English songwriter and artist Jamie Hartman (Kygo, Calvin Harris) and BURNS (who have produced for among others Lady Gaga and Ariana Grande) is the cowriter and producer.

The new release “Can’t stay away” with beats that makes you think of George Michael and Michael Jackson, is going to be a summer hit and as soon as the clubs start to open up it will be a number one on the dance floor for sure. Darin says, “I wanted to release ‘Can’t Stay Away’ because it’s happy and uplifting, and that’s something everyone should feel right now.”

Celebrated as one of Sweden’s best-selling artists, Darin has more than 400 million streams on Spotify. In addition to being Darin’s first English-language album in seven years, “Can’t Stay Away” marks a new beginning in the singer-songwriter’s journey after taking the brave decision to come out publicly gay during Pride season last year. Despite his success, his humble and shy character makes him feel somewhat overwhelmed when reminded: “I don’t think too much about it, I think it would be strange to think about success, the healthiest thing is not to take it too much into consideration.” 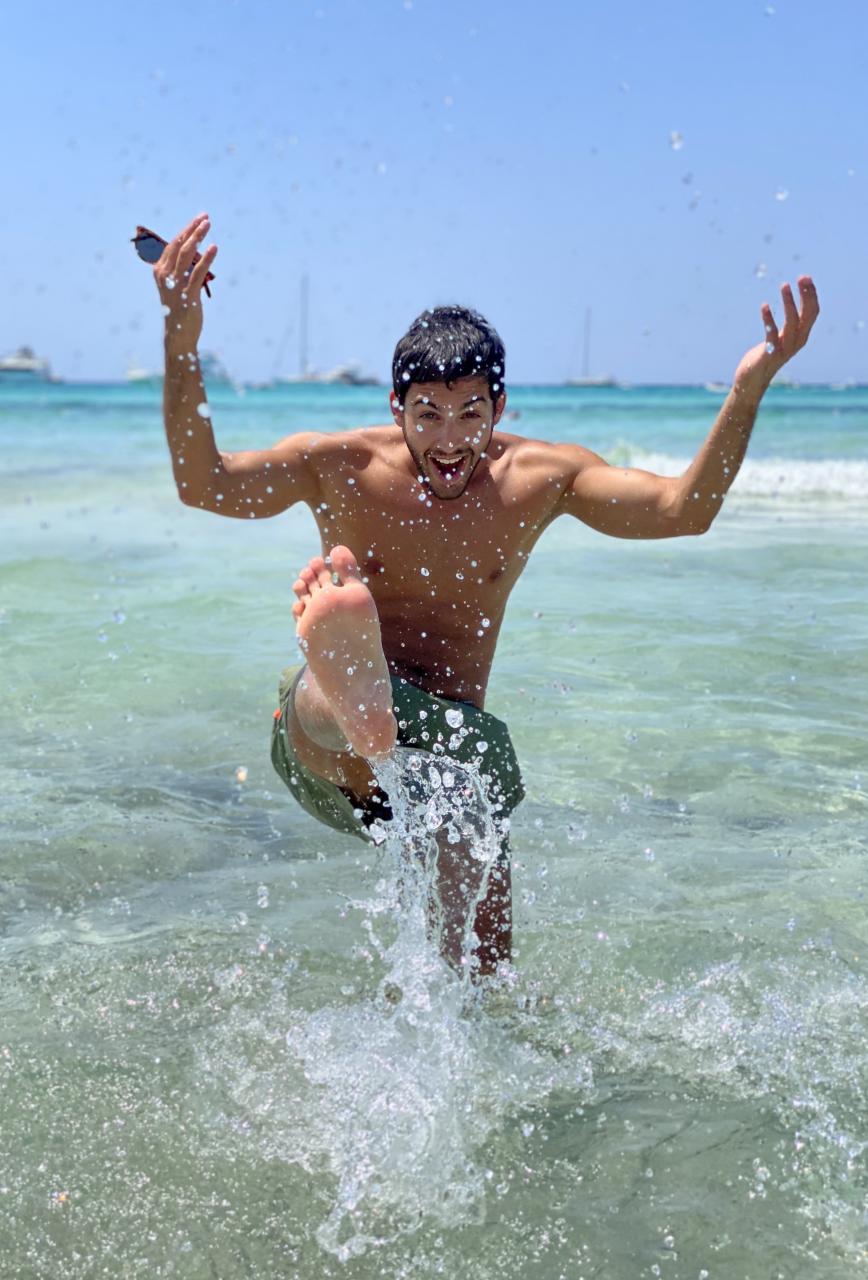 Darin’s connection to Mallorca is strong “this has always been my happy place, somewhere I have travelled to for holidays, a place to recharge and to enjoy free time with friends and family.” Darin’s older sister moved to Majorca when Darin grew up and he visited as soon as he could. Now that he lives here more permanently, he enjoys the island like a Majorcan, he loves nature, hiking, sea and sun. He is trying to integrate and say she really wants to learn Spanish as soon as possible. His best friend is Mallorcan, and his favourite food is Tumbet, a typical Mallorcan veggie dish. Despite his success, his humble and shy character makes him feel somewhat overwhelmed when reminded: “I don’t think too much about it, I think it would be strange to think about success, the healthiest thing is not to take it too much into consideration.”

The summer is looking busy for Darin. Last weekend he performed for the 8th time in Stockholm, Skansen, at a live broadcasted summer show called Allsång på Skansen, and there are more to come. What about a concert in Mallorca, Darin? “Yeah I’d love that,” he says shyly.

Check out his new song.