Tommy is a Human of Mallorca in every sense, except birth

When Mallorca was young, the land was divided into the Possessions of the Nobles. Allocations were made of the land according to how skilled the generals were in battle. In tourist times the island divided up according to the decisions of early day tourism bosses. Thus, Magaluf was designated for UK visitors and Arenal for German.

When the agriculture decisions were made the Soller Valley was given the citrus crown while the flat lands around Binissalem and Biniali were designated as the grape growing areas.

The Tramuntana produced non-designated wine (primarily from the Malvasia grape) since the 15th century.

Under the allocation system the wines for sale and export did not come from this region but it is still grown and enjoyed by smallholders and local people. Wine skills were always here but the commercial wine world was not designated for this area.

The point of the history lesson is to inform that anyone starting a vineyard in the Soller Valley has rules and constraints. They can’t go into competition with the major vineyards on the island. Even for the main players there is limitation on how many more vineyards the regulations will allow.

So what is Tommy Carter of Biniaraix doing with his beloved vines?

His story started walking his dog in Central Park, Manhattan. There he met Emma Bernbach doing the same thing. Love grew, and Emma brought Tommy to Biniaraix to her family’s house in the mountains. Cas Fiols was waiting for them to develop into an exclusive holiday let used by royalty and regular summer visitors. Tommy and Emma took on the challenge, got married and had three children in the Biniaraix they loved. 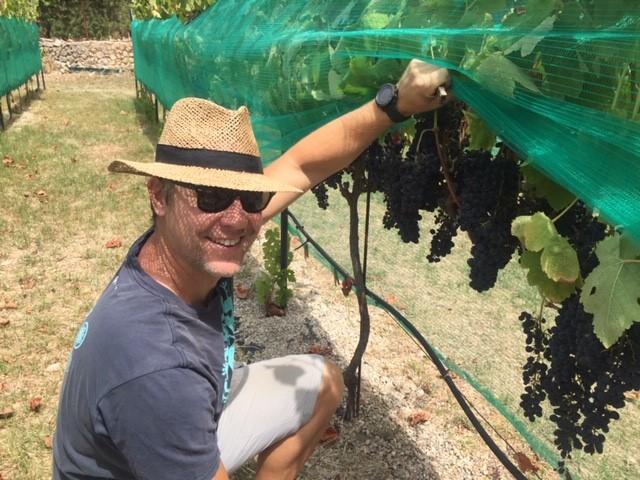 Cas Fiols is known by hundreds on the island as the Halloween Party house. The actors from the Isla Theatre Group converted the place for three days each year and introduced Halloween USA style to the Valley. Tommy built a haunted house every year and generations of children were suitably scared.

A few years later, the in laws came to visit and amongst them was Caleb Foster a celebrated wine maker from Washington State. A walk around Cas Fiols land with Tommy amongst the citrus trees, which were past their best, gave birth to a new idea. Say goodbye to the trees and plant this 500 sq. metres of land with grapes. An artisan vineyard for a hobby and family interest. Maybe one day it would be good enough to drink at large family gatherings.

Rules, rules and more rules meant they learnt what was allowed. Registration for 1000 vines was possible under the ‘Auto Consume’ regulations. This then began the adventure which has consumed Tommy and involved the whole family.

To understand the family involvement takes Tommy back to his own childhood, which for business reasons, involved his family moving every two years. New schools, new friends and a Dad he rarely saw, as he was working so hard. Tommy’s dream was to settle in one place and give his own children the presence of two loving parents. His children age 16, 14 and 7 have lived in the same house since birth and are involved in the family interests from the acting world, to looking after house guests, to crushing the grapes at harvest time. Everything they do is ‘a family thing’. 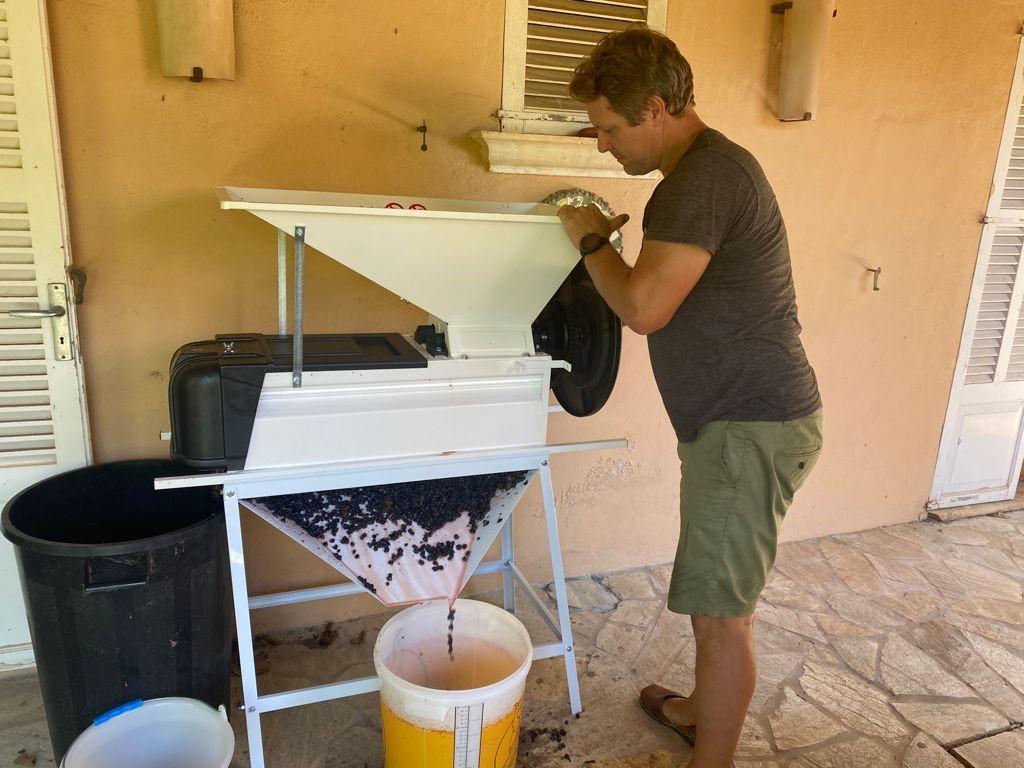 The vineyard was planted in 2017 and the Pinot Noir and Syrah wines began their journey. This was with the aid of advice from the ‘University of Google’ plus the interest of family wine legend Caleb Foster. The last four years have been a transformative journey into the reality of nature.

Where it needs a helping hand and when natural must be allowed to succeed. Yeast is a very big subject and Tommy in his quest for natural yeast has gone back to the beginning of the wine making in the Tramuntana. He has a few squeaky-clean bits of kit, but the process is the natural one. This involves turning the fermenting grapes using his whole arm. I was given a demonstration of this!

Tommy is a wine maker and started this because he was excited about what a scruffy old orchard could be turned into. The future is all about perfecting the skill as he knows that four years’ experience still leaves a lot to learn. The learning curve has been a wonderful family bond during the Covid lockdown and the whole family became skilled wine growing apprentices. 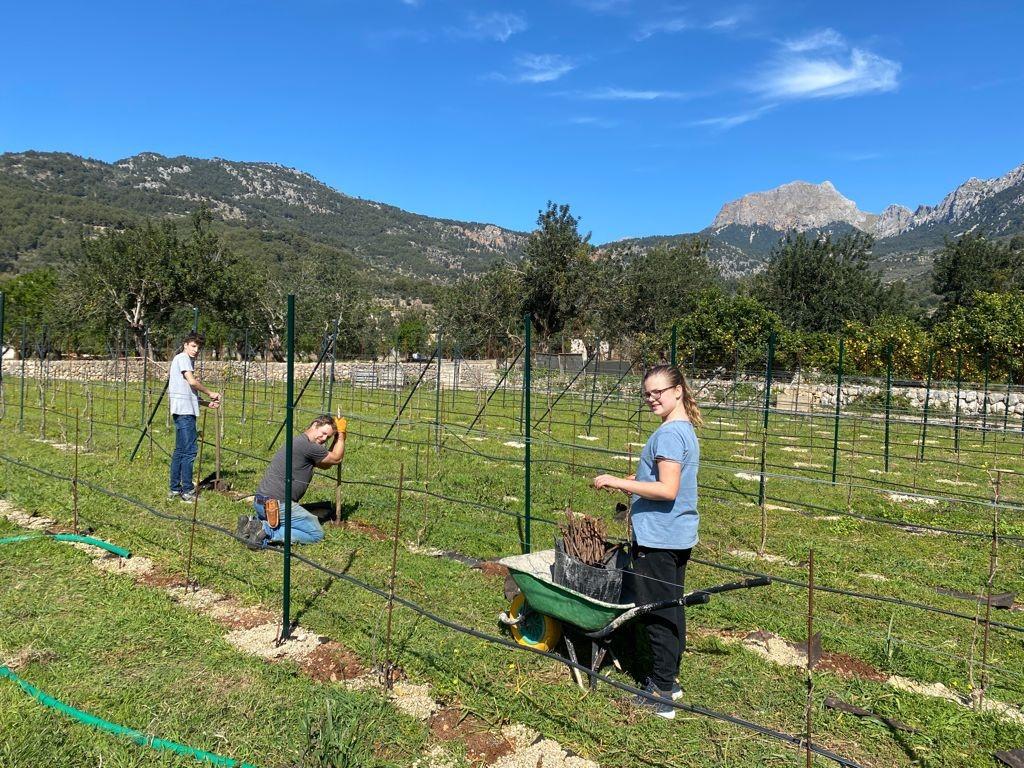 The Vineyard and the tending of the grapes is an obsession. The vines are covered now in the netting which does not allow the birds to get the grapes. His early experiences were of a fight with the birds who used to hang around. That battle is won and now he moves on to the next problem which doesn’t come with the manual.

Tommy is a Human of Mallorca in every sense, except birth. He has found his happy family life and his natural self in his beloved vines set in the mountains of the Tramuntana.