Spotlight on Soller: Setting the pace for the Autumn of 2021

A return trip from Palma by car this week put me in a queue. A pace setter was in front of us causing the most enormous tailback. The Soller road has its boy racers but even they couldn’t get past the steady pace of an electric car leading the way. Midday on a Friday meant that overtaking opportunities were few as the road was very busy in the opposite direction. Mr Pace Setter was not budging an inch, no pulling over to let the build of traffic pass him. He had his right to his place on the road and we just had to slow right down. My irritation passed and I became amused at his dogged determination.

Town works
The news is all around us this week as September gives the Town Hall its voice again after the August break. In Soller it’s all about appropriating land to build a short cut from the car park to the centre of town. This will take 10 minutes’ walk away from those already walk from that point. All past houses and gardens which haven’t been used to having a steady stream of visitors pass their houses before. Suffice it to say, that this news, although not new, is not going down so well with some residents. The half way point in this local legislature is the kick start for many projects. Just about time to complete this before the next elections. 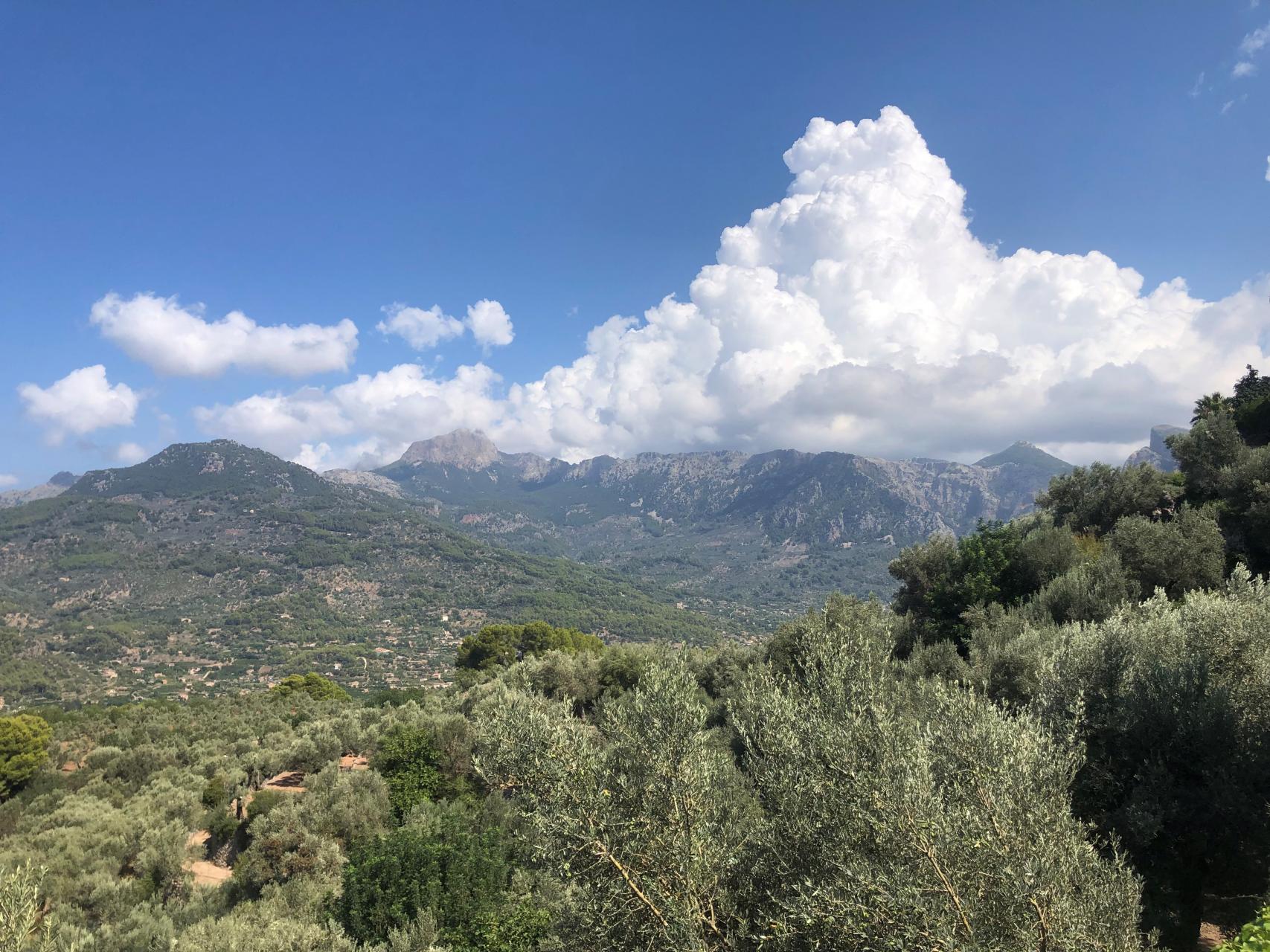 Meanwhile up in Deya the Mayor is not happy about the last bank in the village being closed down. This village joins other bankless villages on the island. They are all getting together to try and open an ‘Ethical Bank in the void’. Not quite sure I understand yet what that means but I am sure it will become clear.

The Mayor of Fornalutx is very focussed on the building of a new school. In the pipeline for years and now at the point of starting work. This combined with major works in the centre of the village to do with cobbles and walkways is keeping this Mayor busy. He is also bothered by the need for parking which will become even more of an issue next year as the normality of visitor numbers returns.

The overall picture is all very positive. There will be a lot of work going on with all these projects this winter. This will give employment to many and will prepare for what is expected to be a bumper season in 2022.

New issues
The politicians have some new issues which have become problematic this year. The main one being the arrival of the camper vans. Our beauty spots in the Port near the Muleta and the lighthouse has seen clusters of travellers enjoying the sunsets and then parking up for the night. No facilities up there so complaints have accompanied their arrival. Some of the car parks have been used for overnight campers too. This is not just the Soller Valley problem and the politicians are being urged to make rules on this new island wide phenomena.

Almost normal
All the issues I have mentioned indicate that there is work and willingness to get on with life after the interruptions of Covid. Some have a supply of jigsaws and books at home just in case any kind of lockdown happens again. We all have our opinions on this one and I am sure it is on the politicians agenda too. In the meantime all work and no play is not in the Solleric mentality. As more restrictions lift it will be soon almost normal again.