Spotlight on Soller: Welcome to the money zone…

The rain has left us and the Puerto Soller is full of beach lovers and diners.

The Soller Mayor was likened to Father Christmas this week as he handed out cash (in principle) to all the town councillors, opposition included, 40,000 euros each to spend on projects of their choosing.

Sebastià Aguiló (Seny i Sentit) and Jaume Bestard (PI) are upset that they will be granted a mere 40,000 each, while opposition group Més, with four councillors, can spend up to 160,000 on a pet project. There are 17 town councillors in total, with nine in the governing coalition and eight sitting in opposition. 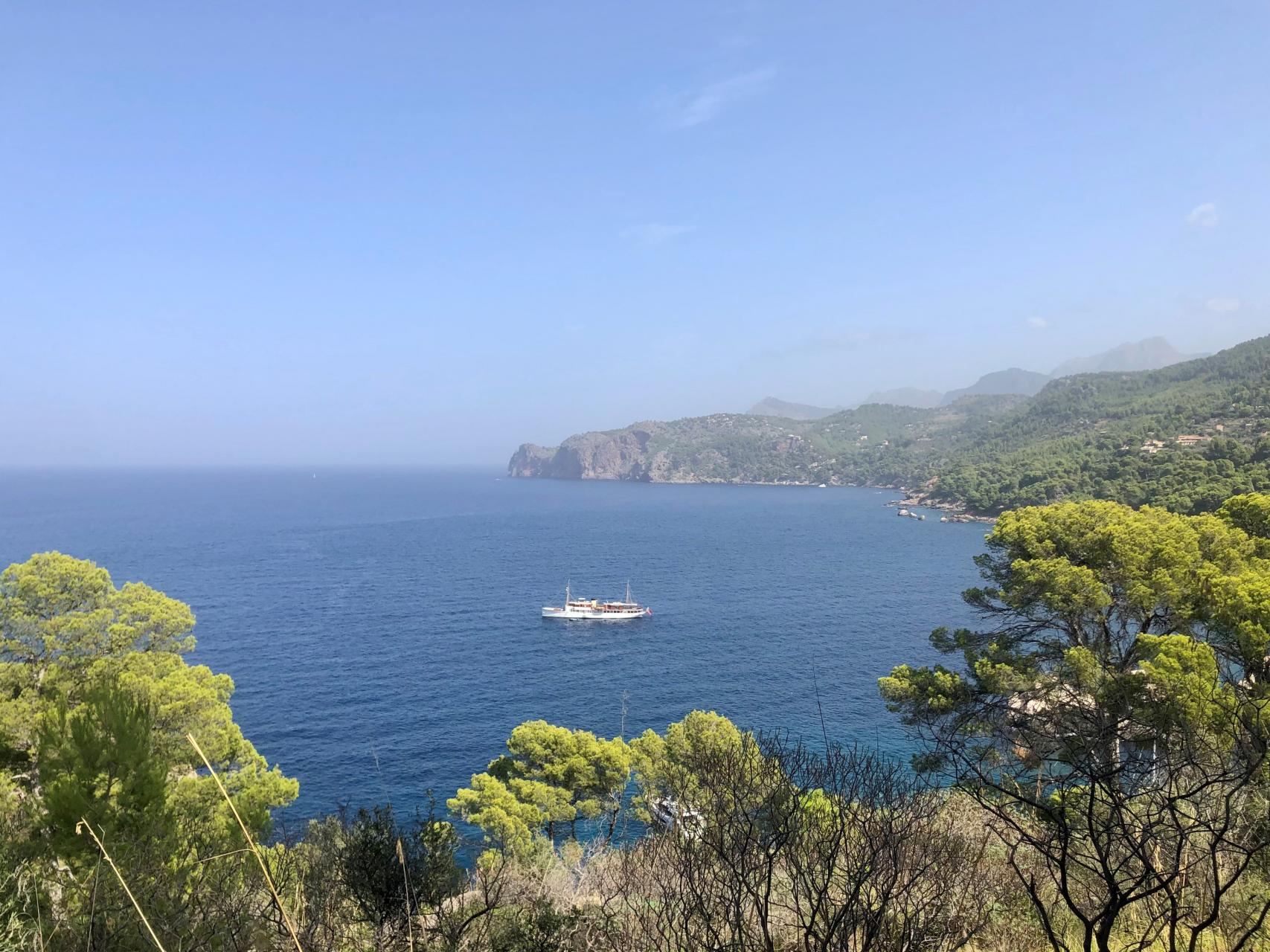 Almost a million Euros in this fund of surpluses that the town Hall weren’t allowed to spend in the past. Everyone is busy working out feasibility and costings for local pet projects. The criteria is that initiatives must be presented and approved by the end of the year. A spending spree and delight in the air and the inevitable criticisms. This will be a good conversation to listen to over the next month.

I am applying to the politicians on behalf of Sollerweb. Ten years of our work to the English speaking community here must be worth something to the Town. They often say thank you and are grateful, but this would be a one off opportunity to support us in a different way.

If I was in charge of the work needed here the joint top of my list would be the appalling street lighting we have in many streets.

It is so bad that people take torches out with them to get home at night. The other one of equal irritation to me is the state of our roads. ‘Make do and mend’ doesn’t come anywhere near what we need here. The population of cars increase and the roads just get lower and lower down the list of priorities. The mind just goes into overdrive of what could be done with this cash. I will keep you updated with the ‘spends’ as they happen.

Money also came in from another route as the Plaza Espanya in Soller gets a necessary makeover. This gift from Santa comes via central government funds out of a different money pit. All very welcome if the work actually happens. Lots of talk goes on in Soller and we often have to wait years for the events to happen. 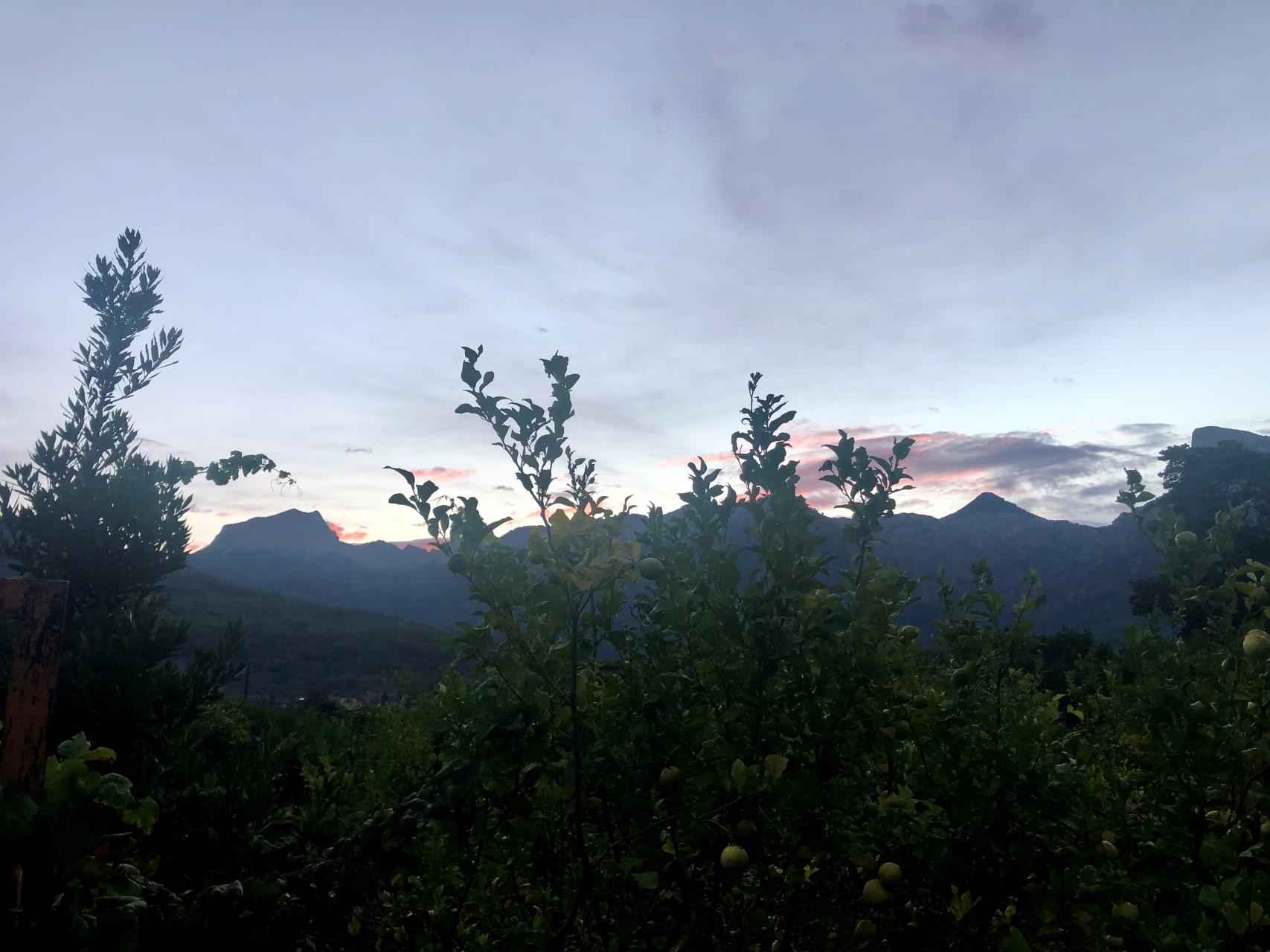 Meanwhile as everyone cranks up a gear to spend money the summer just goes on. The rain has left us and the Puerto Soller is full of beach lovers and diners. Another great weekend has passed and the tills have been ringing.

Webbs had huge lorries here this week unloading for new permanent arrivals. We know all about this as the lorries can’t get round the Soller streets. They sit on the main road to be emptied by smaller vans with smaller loads. All very time consuming but we all know new people are in town.

They arrive to heat, humidity and many still in holiday mode. I can still remember Bill Webb saying to us 20 years ago that moving is best done from November to March. We, like most people ignored his advice and moved in the heat of August. We all know so much better, don’t we? Sorry Bill…

I am on a fascinating journey this week following the work of Chef Neven Maguire. He is an Irish celebrity chef and television personality from Blacklion, County Cavan, Ireland. He is also the head chef and proprietor of the MacNean House and Restaurant. Maguire has published and launched several cookbooks and features regularly on television and radio in his native country.

I am learning, as part of another project, of all his trips to Spain and in particular the Soller Valley. His current series in airing on RTE currently and this weeks tale is all about the delights of the Soller Valley and its food. The word is well and truly out about us here and the Irish are arriving in droves to see and taste what he has seen.

Early day tourism in the Soller Valley came from the likes of Joe Walsh tours of Ireland. In 2021 it is the view from a Celebrity Chef in love with our island and its food and culture which is defining many 2022 holiday plans.