Making the perfect tortilla does take a little practice

Like most things in Spain, even the simplest of things are a little more complicated they first appear. Take the humble “Tortilla”; the ever-popular Spanish potato omelette as an example. In the town council of Betanzos, the Galician municipality whose tortillas de patatas are regularly hailed as the finest in the land, they have recently told contestants entering the annual tortilla competition that onions are now totally forbidden in the recipe.

The issue of whether “cebolla” belong in this emblematic dish is dividing families and communities and pitting “concebollistas” (with-onions) against “sincebollistas” (without-onions) and turning this issue into a long-festering confrontation. The rivalry has become so intense that it may even eclipse one of Spain’s bitterest battles between Real Madrid and FC Barcelona! I have to admit that I’m with the “concebolloistas”, although I do respect the fact that in it’s purest form it should probably just be potatoes and eggs.

But what I am certain of is that the Tortilla is a perfect example of simple comfort food par excellence, and it transforms a couple of humble ingredients into a wonderful dish fit for “el rey”.

For the perfect Tortilla, firstly you’ll need a good non-stick frying pan. It is also essential to use the freshest, best quality eggs you can find. Ideally, that means free‑range, organic eggs with deep‑orange yolks.

Good, waxy potatoes are also best, so peel them, cut them into 4 and then finely slice them. Do not wash or place the potatoes in water. Heat a good amount of simple olive oil in the frying pan and cook the potatoes until they are soft but also slightly browned around the edges. If using onions, add them when the potatoes are half cooked.

Making the perfect tortilla does take a little practice and flipping a runny tortilla is hard work and some recipes suggest sticking the omelette under a hot grill for a couple of minutes after it has browned underneath.

This isn’t a bad idea, especially if you’re possessed of shaky hands, but I do think it gives a drier, more caramelised result, which I don’t particularly like. If you make tortillas regularly, you can buy a special tool for the purpose, called a “gira tortilla” – they’re sold in Spain, so it’s not really cheating.

1 Heat the olive oil in a heavy-bottomed non-stick frying pan and fry the potatoes gently for 6-8 minutes until they start to soften.

2 Add the chopped onion and green pepper and cook for a further 3-4 minutes.

3 Place a large sieve over a bowl and carefully strain the potatoes. Beat the eggs in a clean bowl and add the warm potatoes to the beaten eggs. Season to taste.

4 Heat a spoonful of the olive oil in the frying and add the egg mixture, stir with a wooden spoon and cook until golden brown on the bottom.

5 Place a large plate or saucepan lid over the mixture, carefully turn the tortilla over.
Return to the frying pan and cook slowly until the tortilla is firm in the middle.

6 Slide the tortilla onto a large plate and serve. 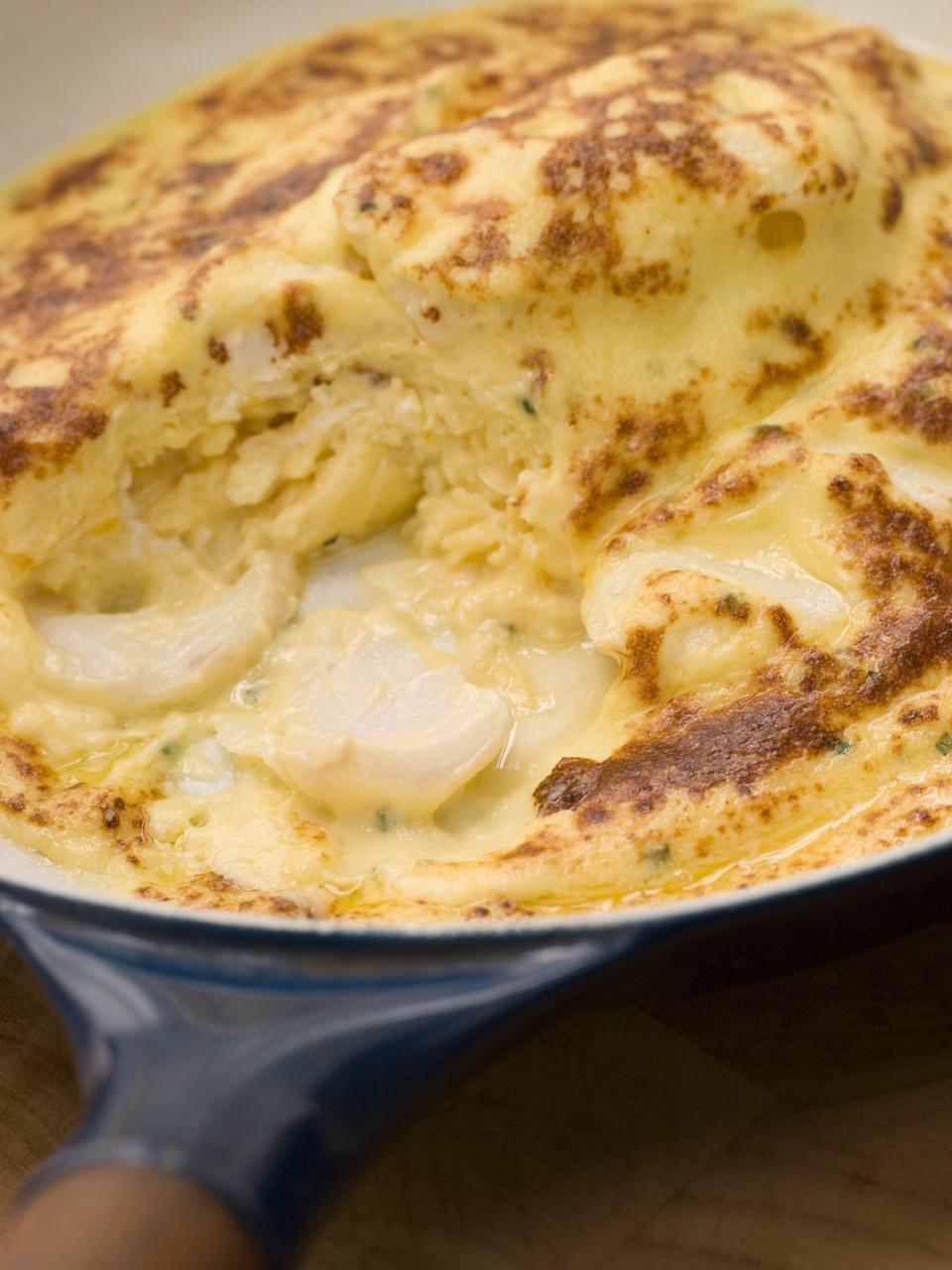 I learnt to cook one of my favourite omelettes as a young student in the kitchens of the Savoy Hotel in London. Named after the playwright Arnold Bennett, it is an omelette deliciously flavoured with smoked haddock in a cheese sauce. In the kitchens of the Savoy, it was then topped with hollandaise sauce and glazed under the grill. The following recipe is a simpler version for you to try at home. Let’s go crack some eggs!

For the cheese sauce:

1 To make the cheese sauce: Place the butter and flour in a small saucepan. Stir until bound together. Slowly whisk in the milk. Stir until the sauce is thick and smooth. Add the mustard, cheese and chopped parsley.

2 Heat the olive oil in a non-stick frying pan. Add the eggs.

3 Using a spatula, pull the cooked edges towards the centre, and let the uncooked egg slide into its place on the bottom.

4 Flip the other side over the middle of itself as you tip the pan back up. Slide the omelette onto a large serving plate.

5 Top with the flaked fish, cheese sauce and grated cheese. Brown under a hot grill and serve.