The first taste we experience is the sweetness of our mother’s milk and for most of us something sweet brings a great deal of pleasure to our palate for the rest of our lives.
There are plenty of people, however, who completely shun desserts and never give sweet food a second thought. I am one of them.

I was a child during the wartime rationing years when so many foodstuffs were in very short supply. That took in everything that was sweet. Even as a seven-year-old I never craved for sweets, chocolate, baked rice or any other dessert. I was more interested in the savoury side of a meal, especially spaghetti with a bolognese type sauce and grated parmesan cheese. 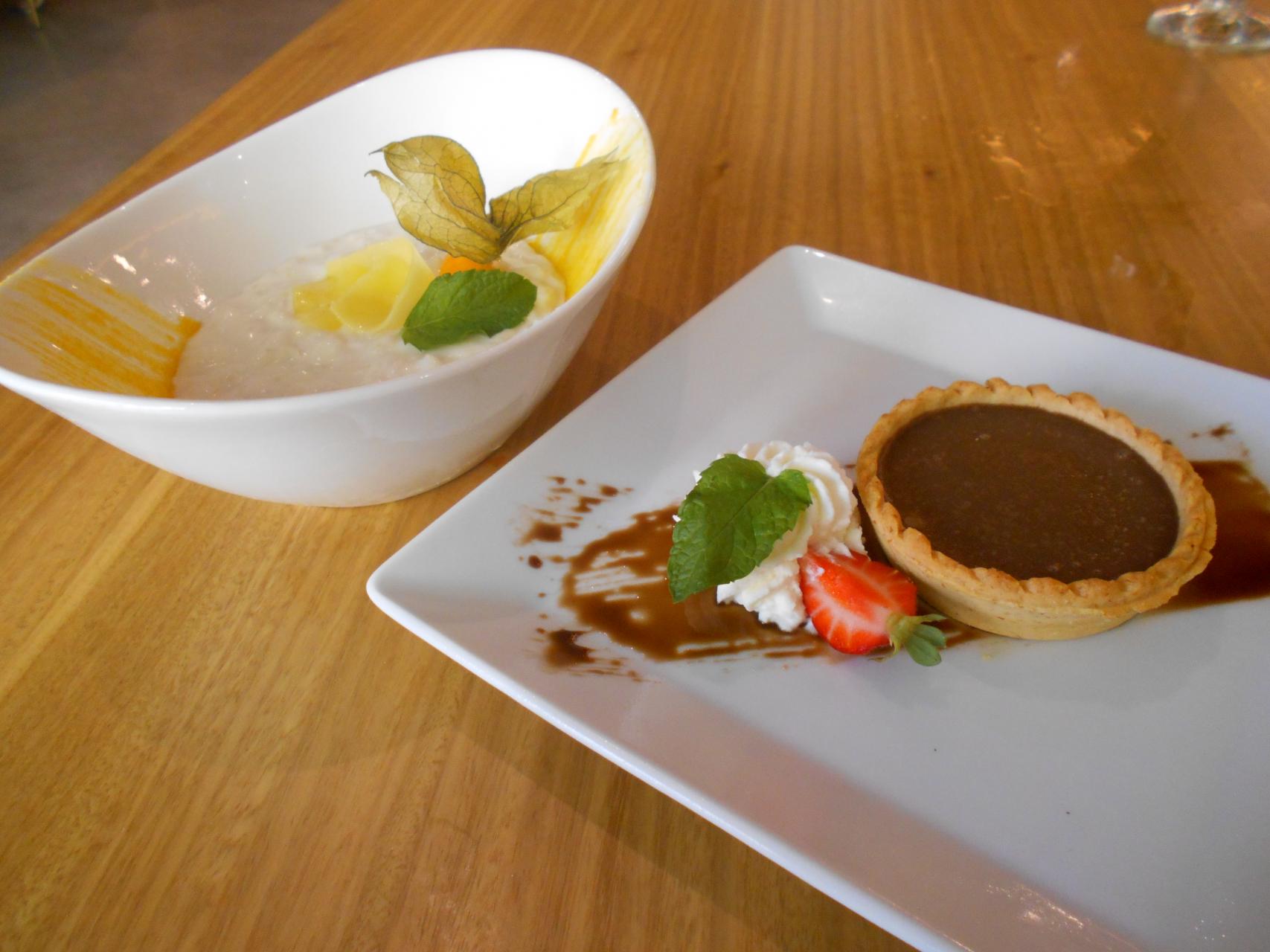 I can remember when sweets and chocolates were no longer rationed: in a matter of hours the shelves in all sweet shops were stripped bare.

But I wasn’t one of those who stockpiled Mars Bars and Kit-Kats or tins of Quality Street. It simply wasn’t my scene. If I wanted to nibble on something I preferred thinly sliced salami and Italian bread…with, perhaps, a small glass of homemade ginger beer. 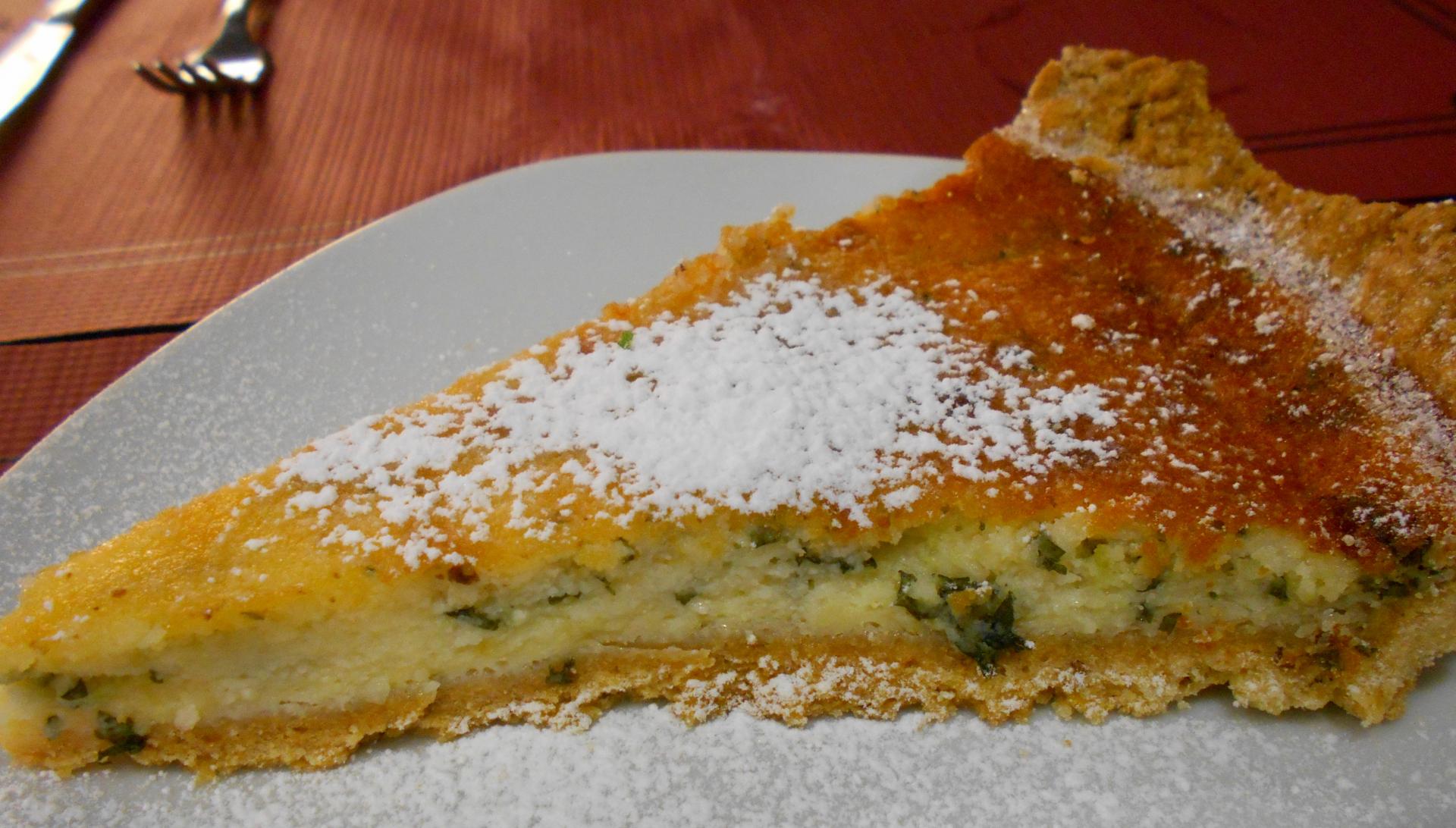 I never drank sweet fizzy drinks — especially Scotland’s famous Irn Bru. I had a sip of it recently and thought it was even yuckier than I remember. Give me a Perrier or a San Pellegrino every time. As a young adult there were certain cakes, pies and tarts I liked and ate most willingly when I was offered them. I even occasionally bought some of them.

These included rum babas, the French millefeuille, the Scottish New Year black bun, Dundee cake, French nougat, Spanish turrón, French petits fours, crème caramel, an ensaimada with a fresh fig or apricot topping and many others…but I could easily got for six months without eating anything sweet.

When I started doing the restaurant review I never ordered dessert unless there’s was one I especially wanted to write about — and that didn’t happen very often.

But all of that changed when it was decided to make the review into a double page feature. That meant, among other things, that I needed five pictures instead of the usual two…and that meant I was ordering a dessert every time because I needed the picture. And sometimes two, which meant two desserts. 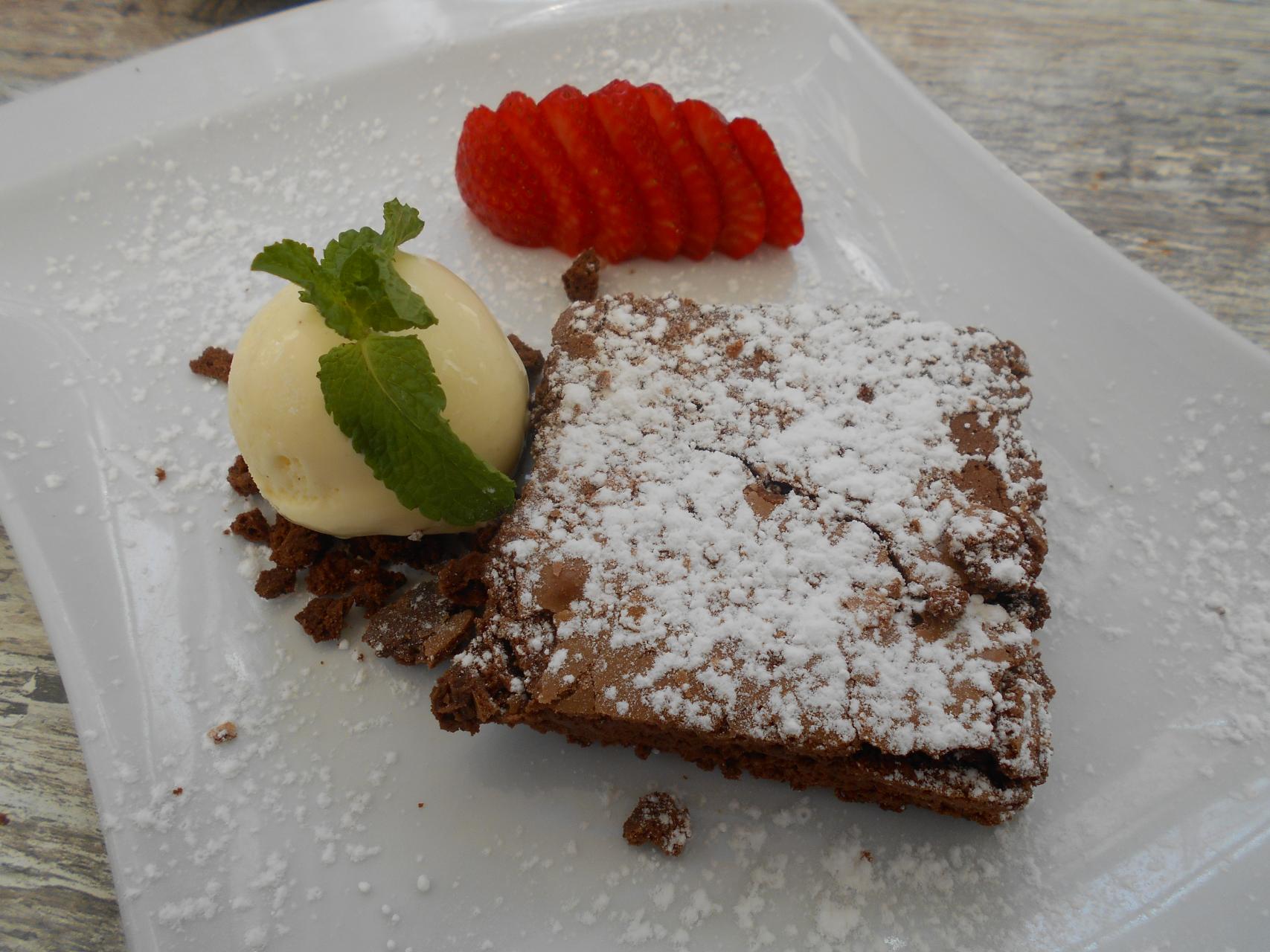 That wasn’t a problem for me. It’s not that I dislike desserts, it’s just that I get along very nicely without them. But if they’re available I am very happy to eat them — especially when they are good ones. And this past summer I’ve had some most memorable desserts.

Until recently most restaurants didn’t put much thought into their desserts. Places that specialised in the menú del día had to make it as economical as possible and they achieved this by serving very basic desserts. Most other places saved time and money on desserts.
But about three years ago restaurants doing daily menus in the €15-€17 range started to serve desserts that were à la carte class. There were even occasions when the dessert was the most delicious part of the meal. 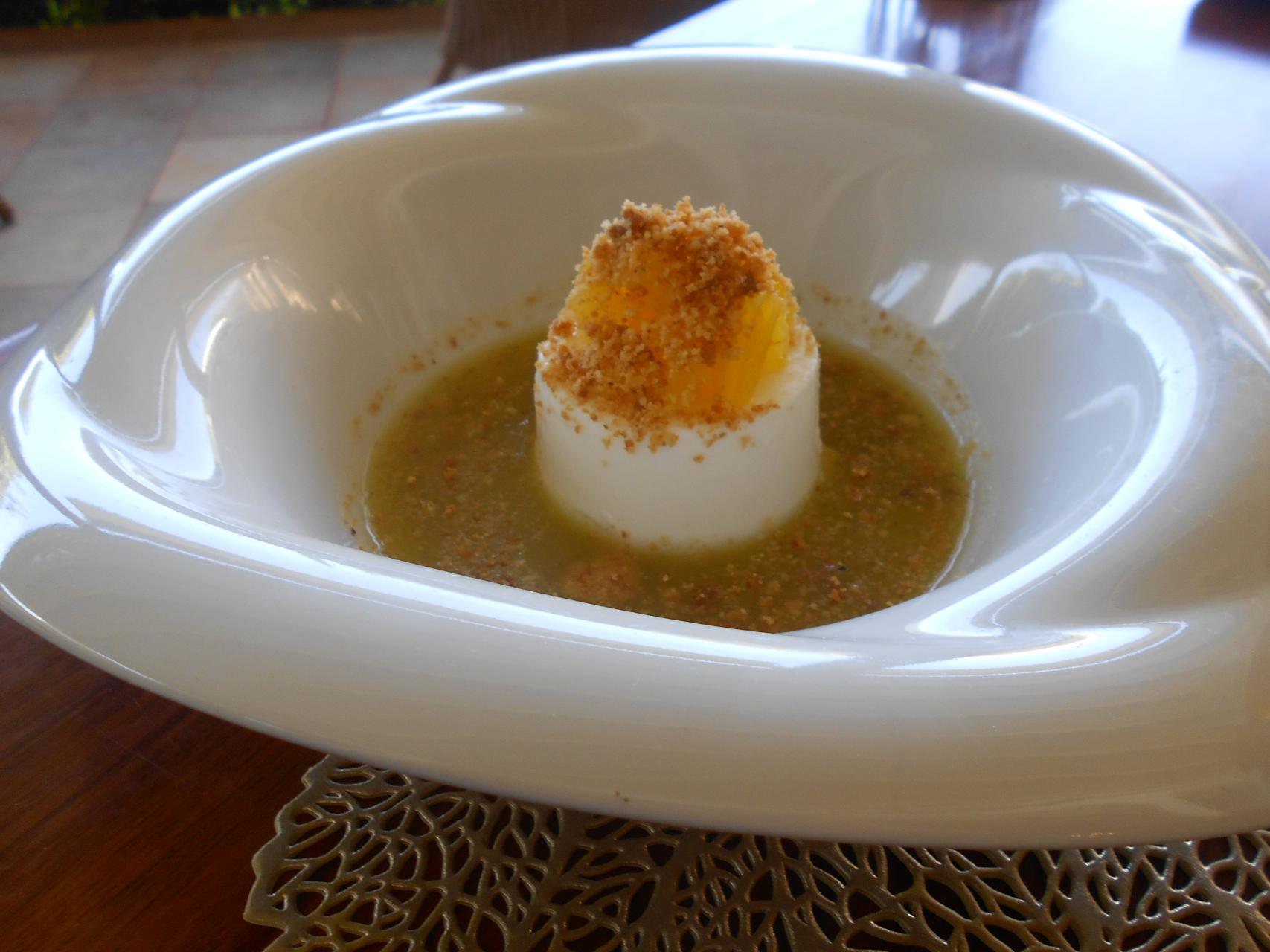 Among the best menú del día desserts are those made by Maribel Moll at La Bodeguita del Centro (Tel:971-495259). They are always homemade and this summer included the flaó, which is an Ibizan cheesecake. It was an especially fine version and was worth a 10. Her baked desserts are always very special.

Three brownies were among the best and the first one was at the Gastrobar of the Hotel Saratoga in Paseo Mallorca. It was rich and moist and most successful.

At Barretes in Sóller (971-631228), where you have a lovely view of the Tramuntana mountain range, we had a perfect parfait served in a Modernist plate. It was also worth a 10. 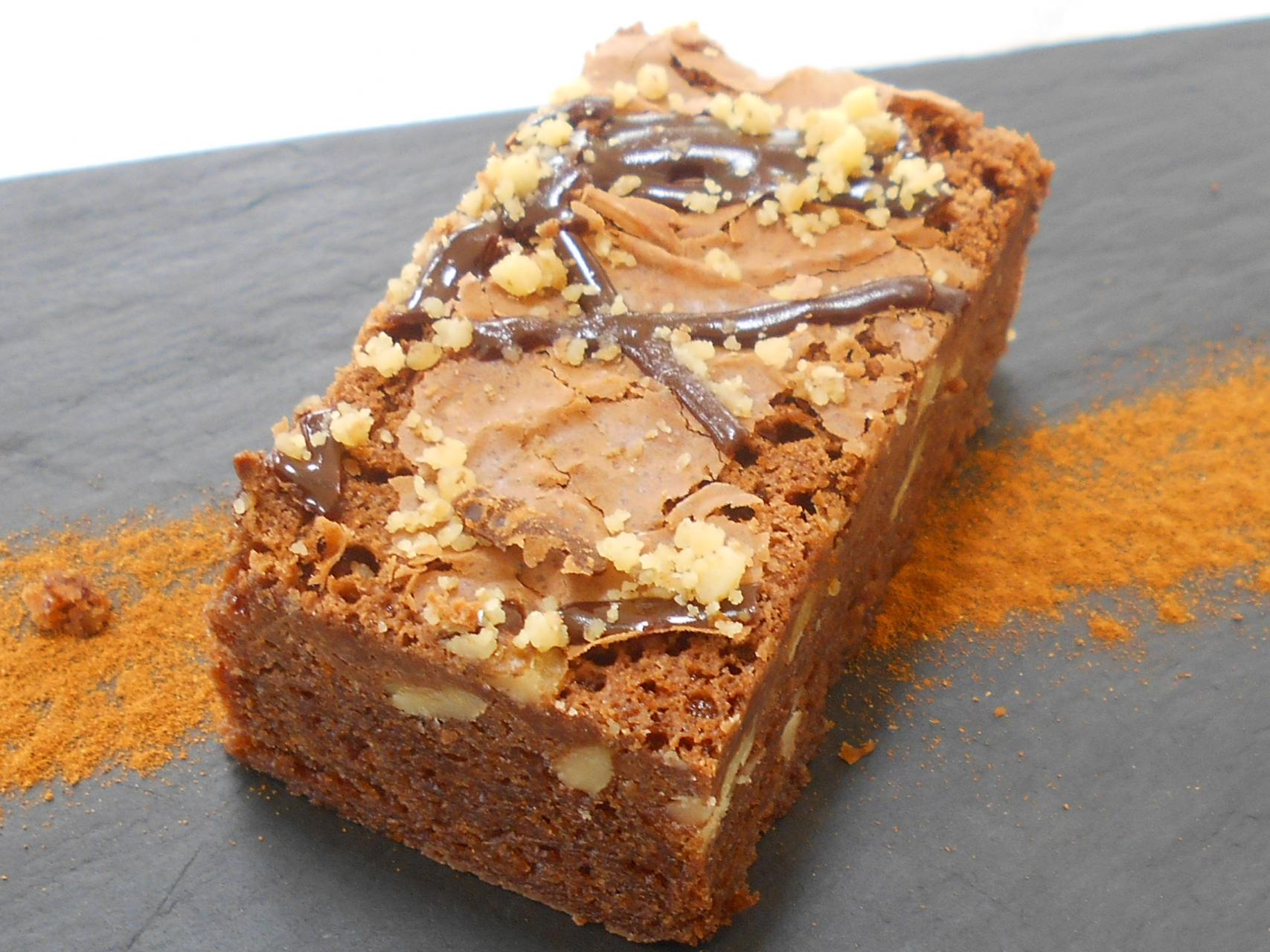 The cooks at the Sky Bar in the Hotel Almudaina (971-727340 spend a great deal of time and attention on the desserts and they scored a double 10 with their Oreo biscuit brownie and a delish deconstruction of a cheesecake.

At the restaurant of the Hotel Naisa (9712-211746), where the desserts are always a treat, there was another double 10 with their rice pudding and an unforgettable chocolate tart.

At La Mémé (971-902140) the cooks also value the dessert’s role in a fine meal. Their millefeuille was unorthodox but was absolutely delicious. 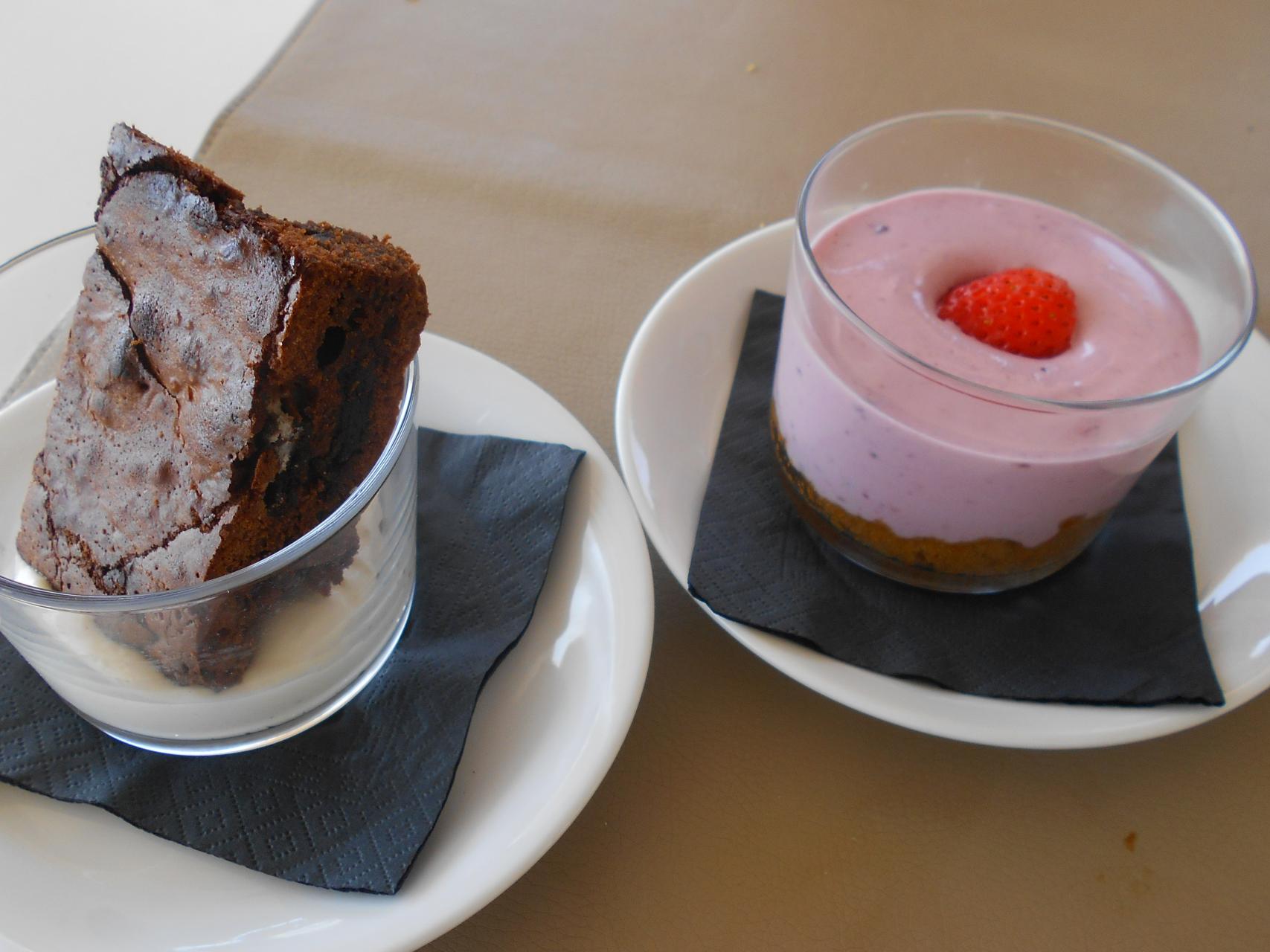 The third of the brownies was at Bianco e Rosso (971:905015) and was also worth a 10. And it didn’t contain walnuts. But for moisture, texture and taste it was the best I’ve ever had.