Recipes for the festive season

Christmas and New Year is the ideal time to make a few homemade chocolate delights to offer to your friends and family over the festive period.

Someone once said, “There is nothing better than a friend, unless it is a friend with chocolate”, I couldn’t agree more…The fact is that very few people fail to realize the charms of chocolate and it is probably one of our most popular ingredients. Indeed many food scientists have reported chocolate to be the single most craved food and sales of chocolate worldwide continue to soar. We Europeans eat a staggering 40 percent of all chocolate produced in the world. The top five countries are Switzerland, Austria, Ireland, Germany and Norway, according to the world Atlas of Chocolate.

Luckily for me, as I’m a confessed chocoholic, the consumption of chocolate has been scientifically linked to longer life. A few pieces of chocolate every month may make your life both sweeter and longer, according to the Harvard School of Public Health. A survey of healthy 65-year-old men revealed that those who ate sweets containing chocolate reportedly lived longer. Mortality was lowest among those consuming chocolate 1-3 times a month and higher among those who indulged in the habit 3 or more times a week. Surprisingly non-consumers had the highest mortality of all. As with most things in life, moderation seems to be paramount. So, unluckily for me, overindulgence of chocolate has been linked to some overweight cases and could result in the onset of diabetes, not to mention a little bit of tooth decay.

As an addict, I’ve convinced myself the benefits far outweigh the downsides and dark, velvety chocolate is my particular vice. Dark chocolate is chocolate made without milk and should contain a minimum of 35% cocoa solids, at least 18% of which should be cocoa butter. However, the cocoa content can be, and often is, much higher than this, and can reach up to 80% and even 90%. I prefer mine to be around 70 to 75% for rich cakes, sauces or desserts.

Chocolate is one of those amazing ingredients that work so well with an amazing array of flavour combinations. Crazy marriages like chocolate and bacon or being paired with beetroot, avocado, chili, lavender or cauliflower might sound strange, but they actually do work. More classic pairings include anything from almond, banana, coffee, oranges, pears, mint and strawberries. Endless recipes exist but there is not one that calls for leftover chocolate…I know exactly why! Here are a few recipes to get you inspired.

3 Place dough in a bowl and gently mix through the chopped chocolate.

6 Leave to cool slightly on the baking sheet for 4-5 minutes, then transfer them to a cooling rack to harden as they cool. 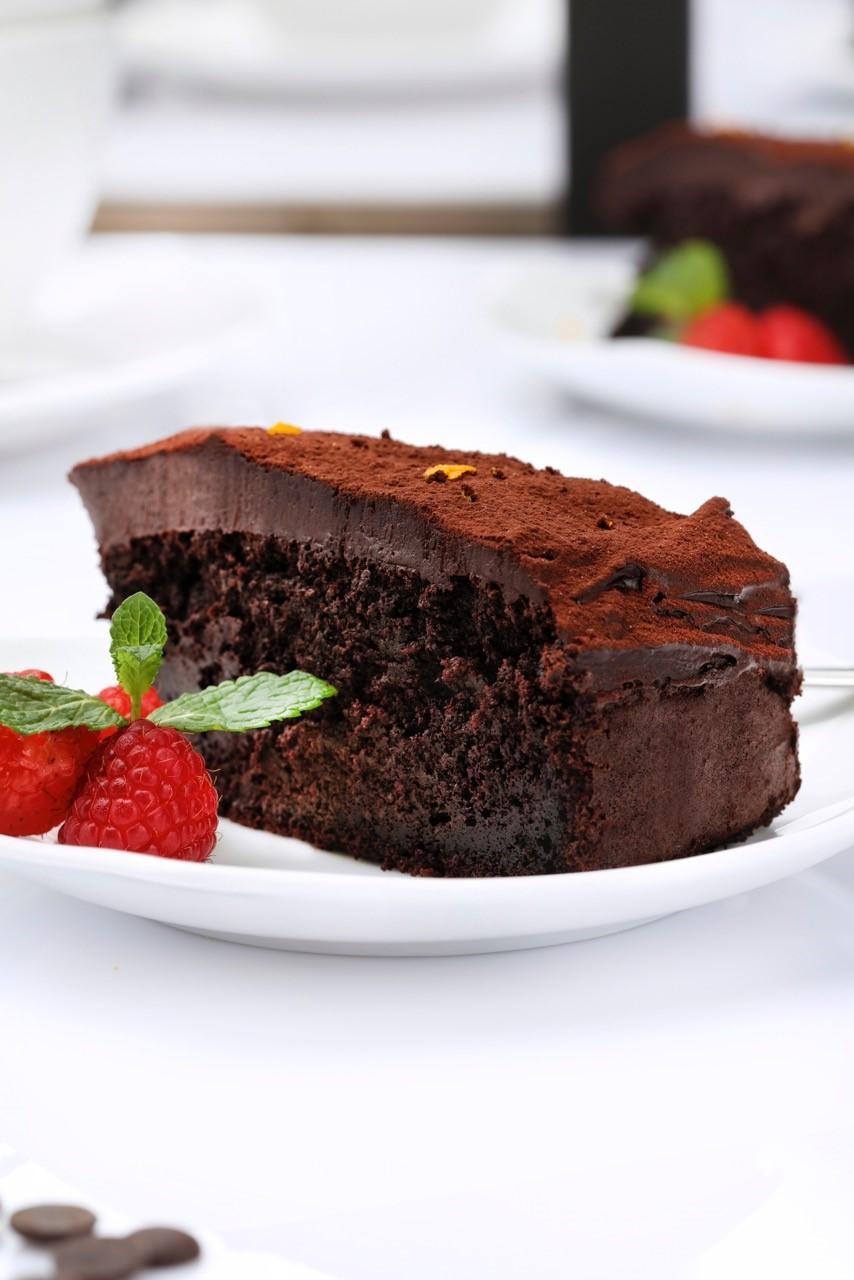 1 Put 300ml of the cream in a saucepan and bring to the boil. Remove from the heat and add the chopped chocolate and framboise liquor, stirring gently to make a smooth cream.

2 Place the egg yolks and sugar in a bowl and whisk until light and fluffy, then gently stir in the chocolate mixture.

3 Whisk the remaining cream until soft peaks form and fold in to the chocolate mixture.

5 Place in the refrigerator to set for 1-2 hours.

For the topping:
1 Heat the cream, butter and chocolate gently over a low heat, stirring all the time until all the butter and Chocolate has melted.

2 Pour gently over the set chocolate cake and place once more in the refrigerator to set. Dust the surface with the cocoa powder.

To serve:
1 Slide a knife blade dipped in hot water between the edge of the cake and the flan ring and carefully remove the ring. Slice the truffle cake into equal portions and serve. 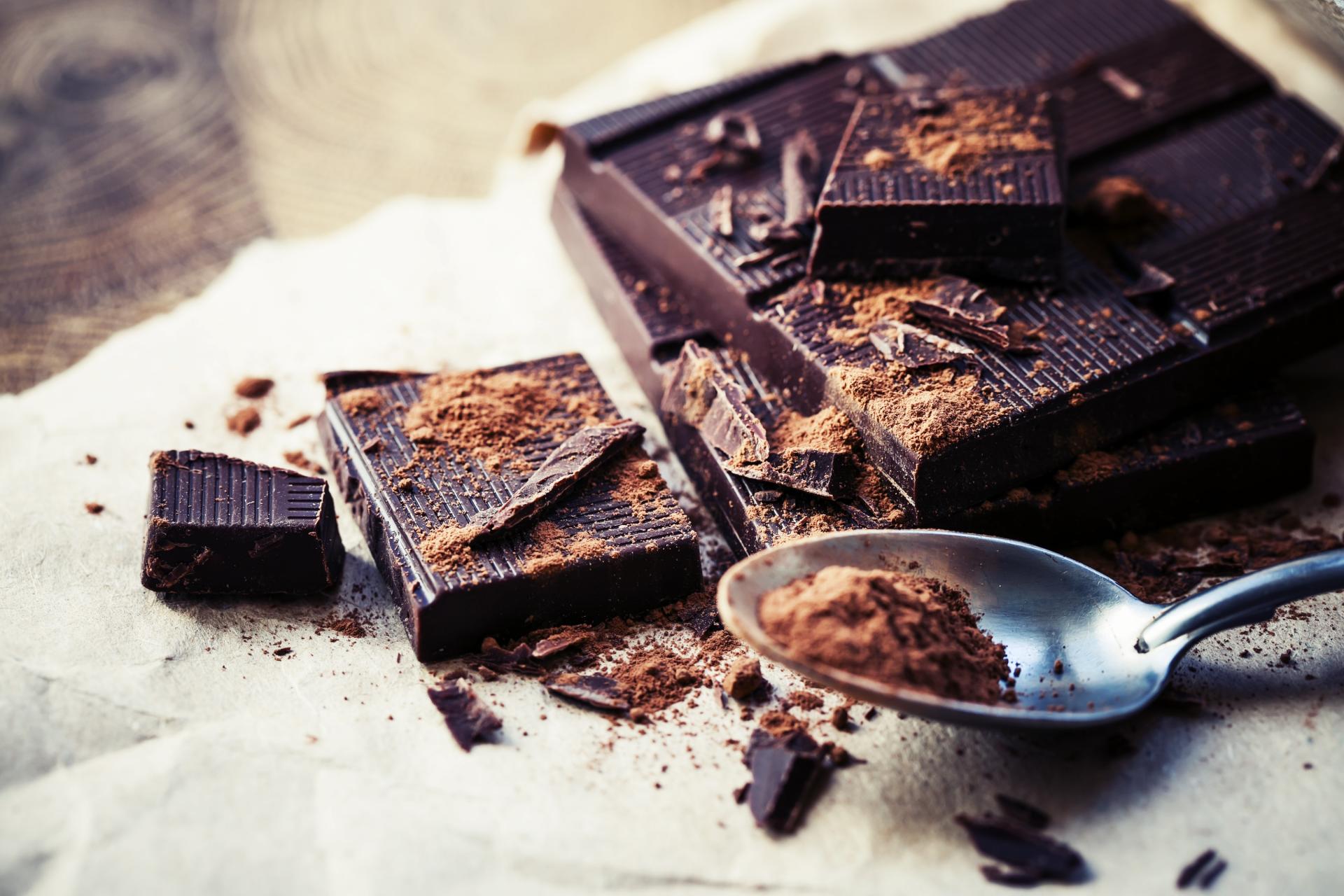 1 Chop the chocolate or break into small pieces and place in a bowl. Bring the cream and butter to the boil. Remove from the heat and pour over the chopped chocolate, stirring continuously until all the chocolate has melted.

2 Add the Grand Marnier and grated orange zest. Leave to set in the fridge for at least 3-4 hours.

3 Sift cocoa powder on to a flat plate, then take heaped half teaspoons of the truffle mixture and dust your hands in cocoa, roll each piece into a ball and then roll it in the cocoa powder.

4 Place it immediately into a paper case. Obviously the less handling the better as the warmth of your hands melts the chocolate. Store in the refrigerator.