There will be a few changes to the menu, but the firm favourites with customers will stay!

Cocos Deli has been feeding the locals in Portals Nous for the past six years. If you are a fan of a smoothie, a superfood salad or avocado on toast then you will most likely have tried their healthy take on cafe food. Founded by Chloe, Cocos Deli quickly became a local favourite and has survived through some turbulent times for businesses here on the island. 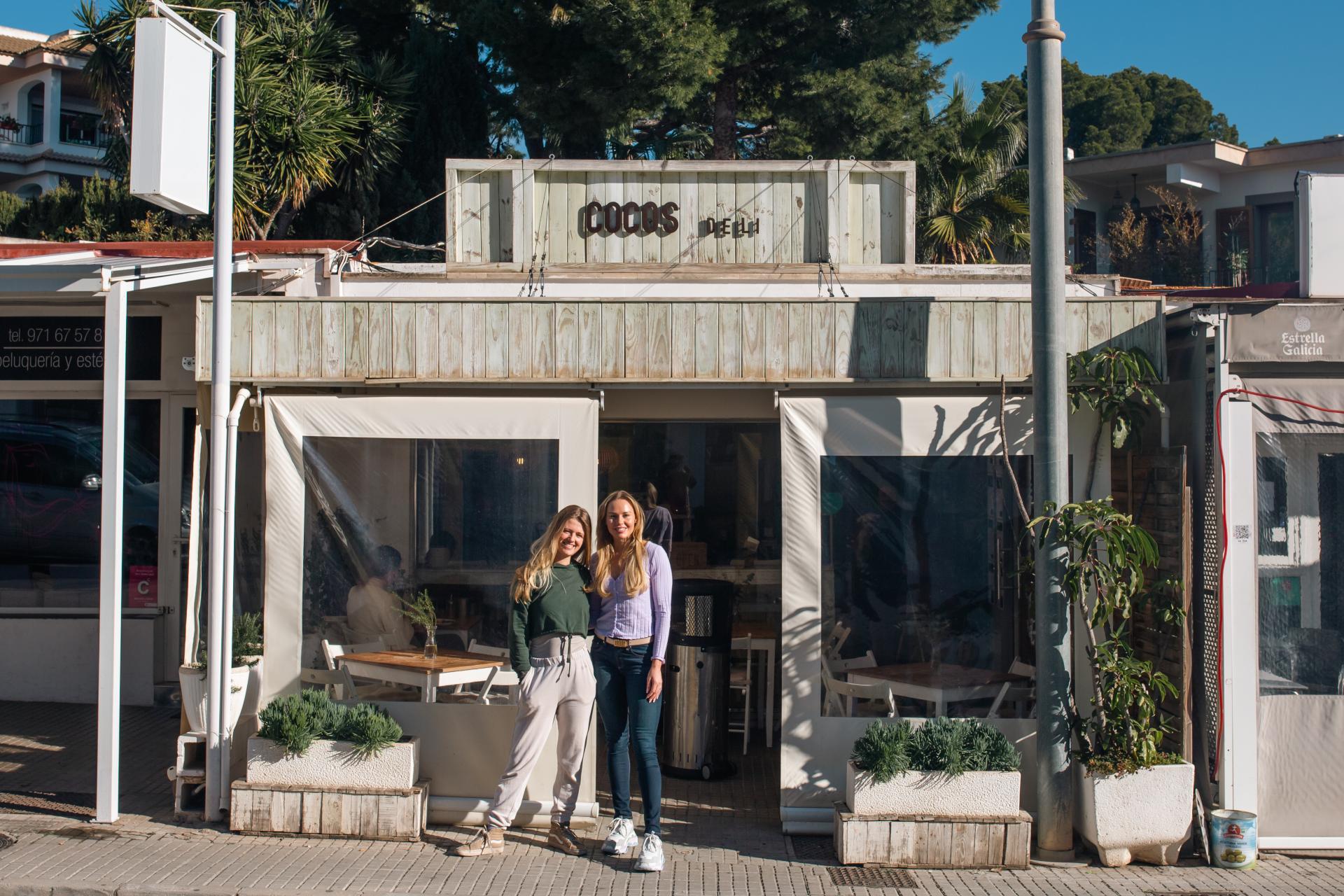 But now, it is time for Chloe to hand the reins to a new owner, Lauren Mackin (@justamylauren on Instagram). Lauren is a Personal Trainer who has also runs a YouTube channel JustAmyLauren where she films “workouts with a view” in different settings in Mallorca and around the world. Lauren has owned and run a cafe before when she lived in Germany, and she is excited to take over Cocos Deli. 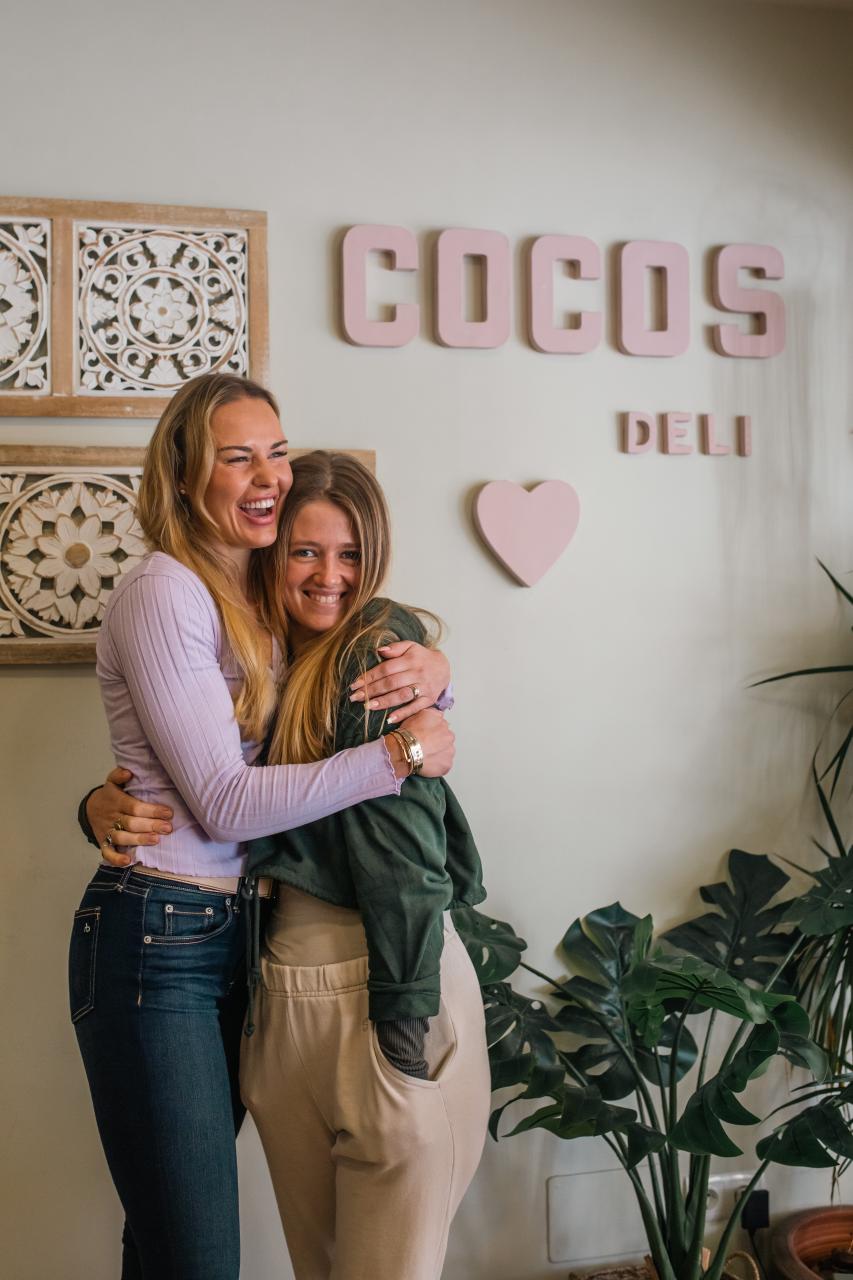 She promises a few changes to the menu, but the firm favourites with customers will stay. It’s also going to be a family affair as Lauren’s mum will be working with her creating healthy and delicious food, and Tyga, Lauren’s dog, will be available for cuddles. Chloe will be moving to Devon and is studying to become a herbalist, you can keep up with her next chapter on Instagram @coco.holistic Best of luck to both of them!

Palmanova residents were treated to live bagpipe playing on Friday night as O´neills Bar celebrated the birthday of the Scottish poet, Robert Burns. 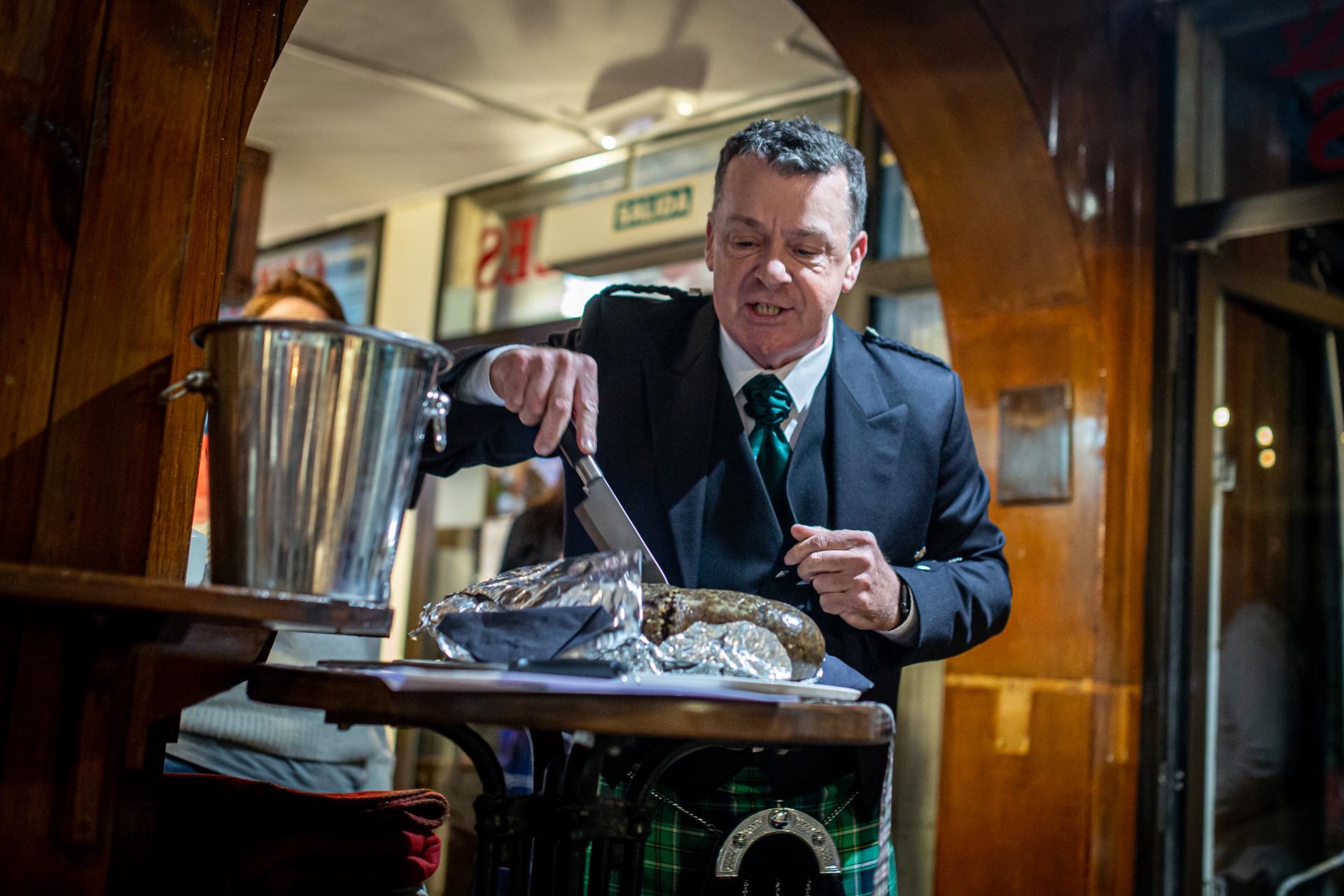 Robert Burns (25 January 1759 – 21 July 1796), also known familiarly as Rabbie Burns, was a Scottish poet and lyricist. He is widely regarded as the national poet of Scotland and is celebrated worldwide. 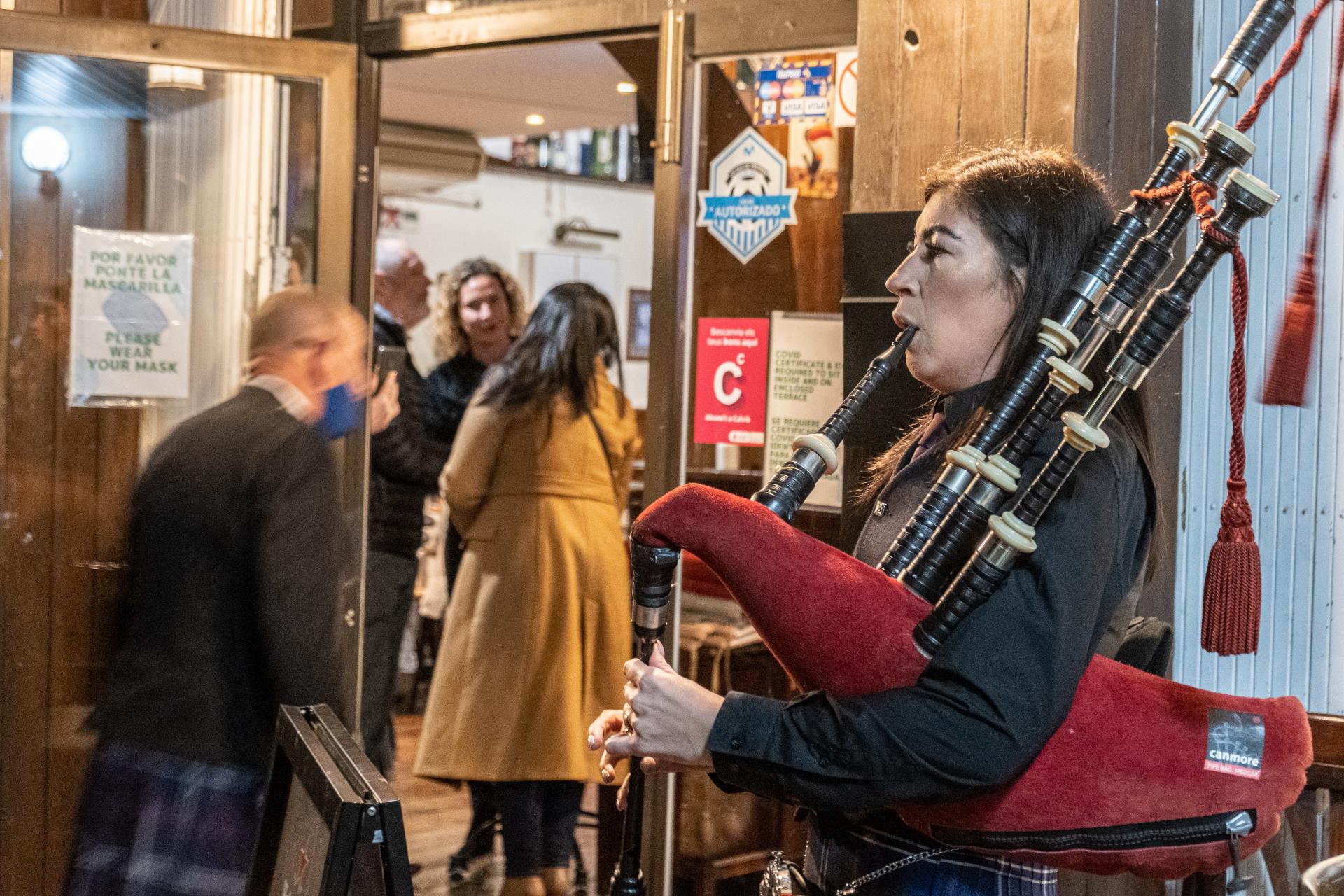 He is the best known of the poets who have written in the Scots language, although much of his writing is in a “light Scots dialect” of English, accessible to an audience beyond Scotland. He is regarded as a pioneer of the Romantic movement, and after his death he became a great source of inspiration to the founders of both liberalism and socialism, and a cultural icon in Scotland and around the world. 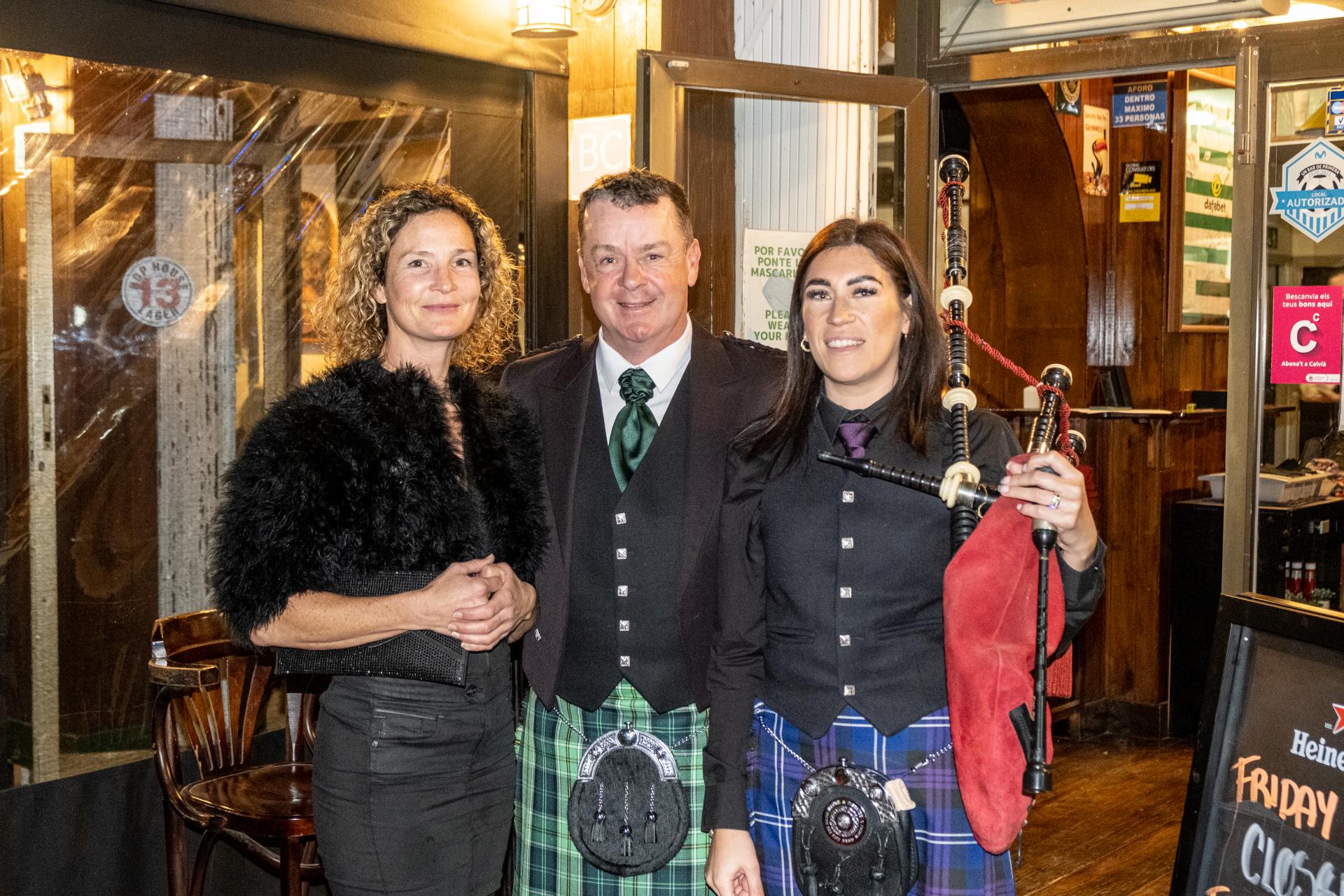 Celebration of his life and work became almost a national charismatic cult during the 19th and 20th centuries, and his influence has long been strong on Scottish literature. In 2009 he was chosen as the greatest Scot by the Scottish public in a vote run by Scottish television channel STV. 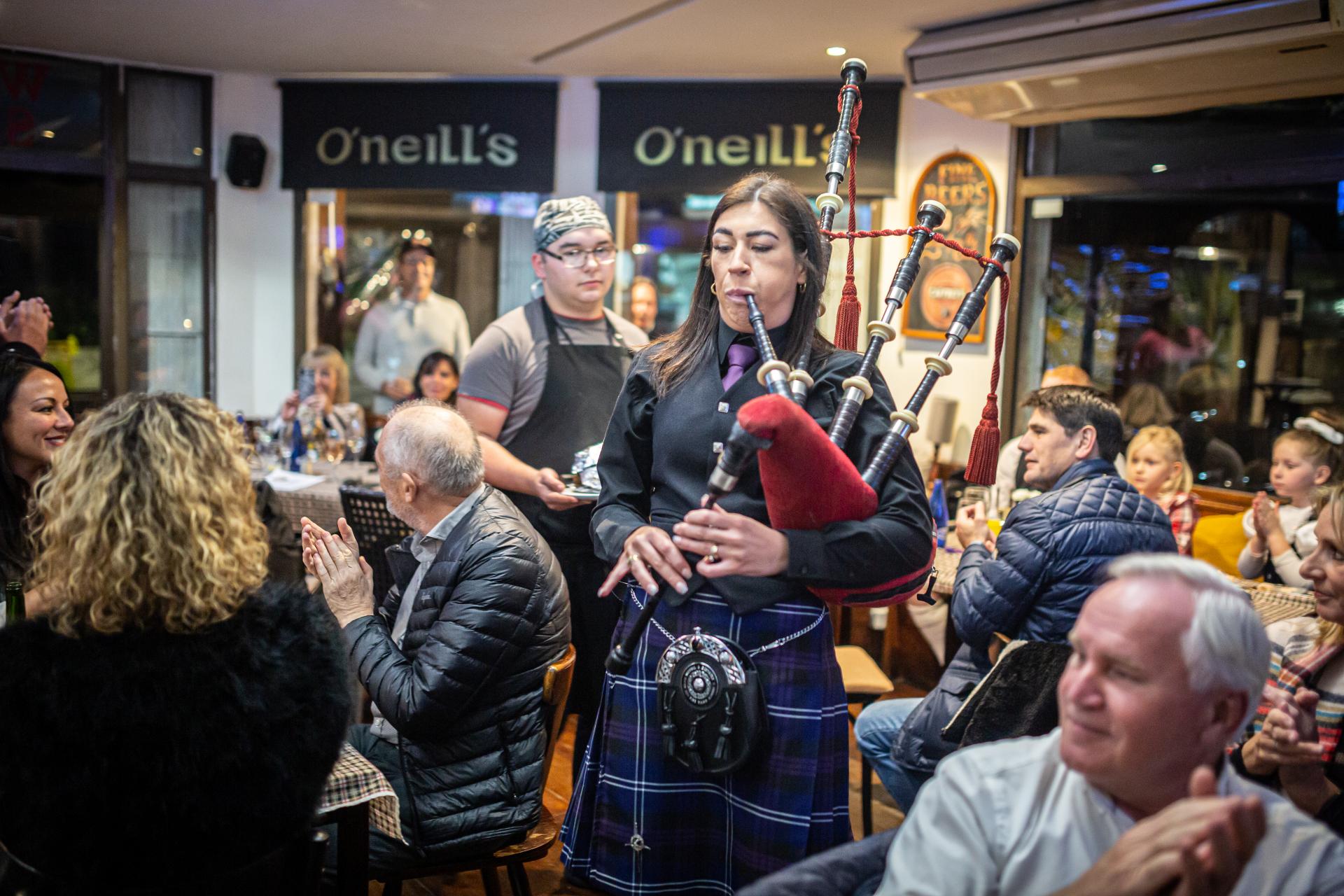 As well as making original compositions, Burns also collected folk songs from across Scotland, often revising or adapting them. His poem (and song) “Auld Lang Syne” is often sung at Hogmanay (the last day of the year), and his poem “To a haggis” is recited prior to the ceremonial cutting of the main part of any Burns’ night celebration.

Burns Night for those who don’t know, is in effect a second national day for Scotland, and is normally celebrated on Burns’s birthday, 25 January. Apparently it is more widely observed in Scotland than the official national day, St. Andrew’s Day! The format starts with a general welcome and announcements, followed by the Selkirk Grace. After the grace comes the piping and cutting of the haggis, when Burns’s famous “Address to a Haggis” is read and the haggis is cut open. 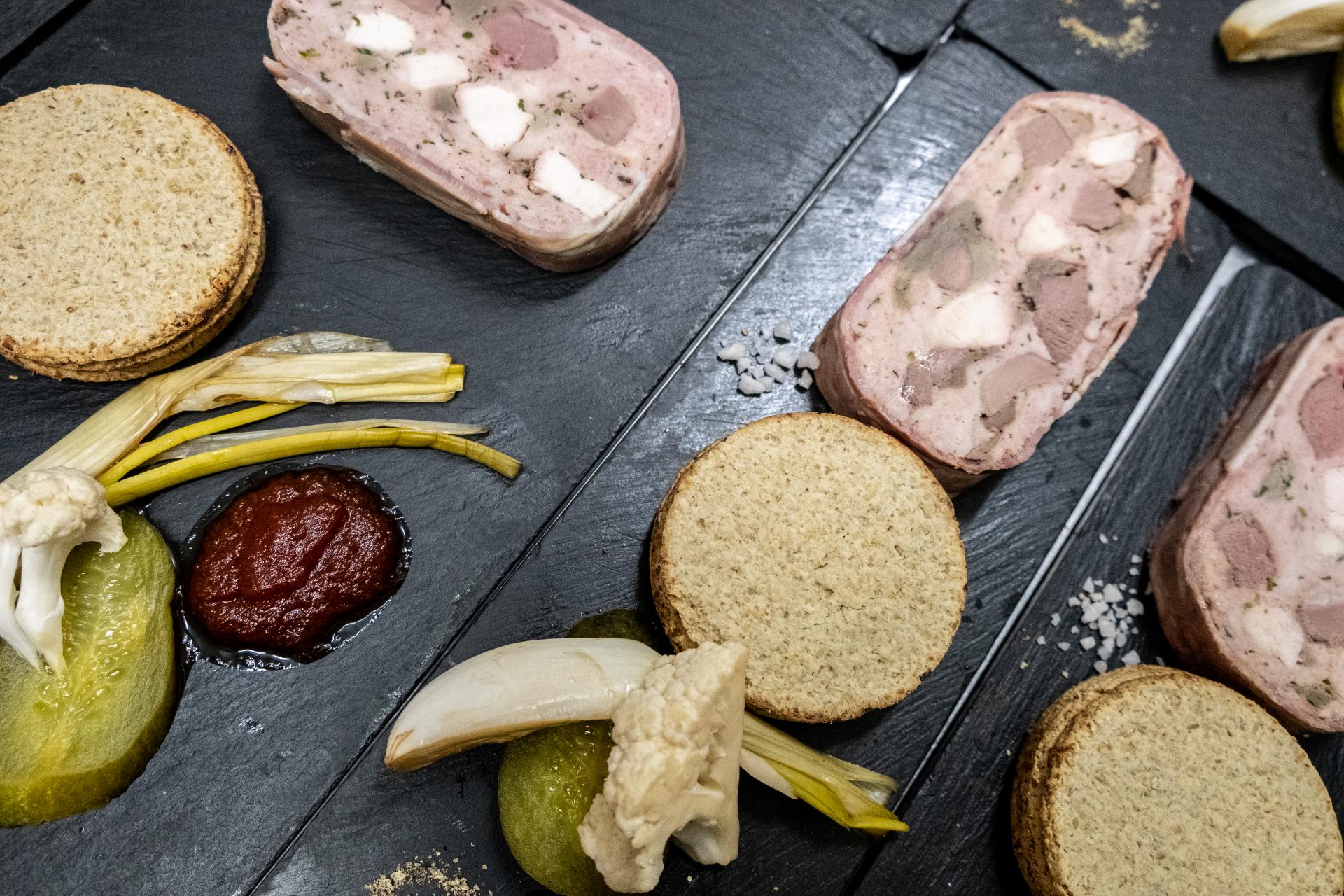 The event usually allows for people to start eating just after the haggis is presented. At the end of the meal, a series of toasts, often including a ‘Toast to the Lassies’, and replies are made. This is when the toast to “the immortal memory”, an overview of Burns’s life and work, is given. The event usually concludes with the singing of “Auld Lang Syne”.

The Burns Supper at O´neills was well attended with many a chap showing off his knees in a kilt, and plenty of tartan being worn by the ladies. After the guests had been piped into the bar, Peter Ledwidge acted as MC, reciting poetry and explaining in English where he had to for the “sassenachs”. A fun, different and cultural evening, with delicious food by Les Regan, the chef formerly working at Mood Beach. Congratulations to all of the team, a great success!