Ahoy there! A new pirate at the helm!

The future of Pirates looks both positive and challenging; to say the least

The last two years have been a brutal experience for those working in and around the hospitality industry. This broad business catchment, embraces almost everything that involves face-to-face involvement with Joe Public - from bars and restaurants to event planning and the whole of the entertainment spectrum - Covid-19 and all its works has wreaked havoc upon all elements of those seeking to service and entertain the public.

So perhaps it was hardly surprising that this subject initially dominated my interview with new Globo Balear Managing Director, Richie Prior. For those who don’t know, the company Globo Balear produces and stages the hugely popular shows Pirates Adventure, Pirates Reloaded - and latterly Gringos, at their theatre in Magalluf. Richie Prior like many in his industry and the rest of his staff has been on furlough for all but a few short days in two years because of the pandemic and the lockdown protocols put in place by the Balearic Regional Government. 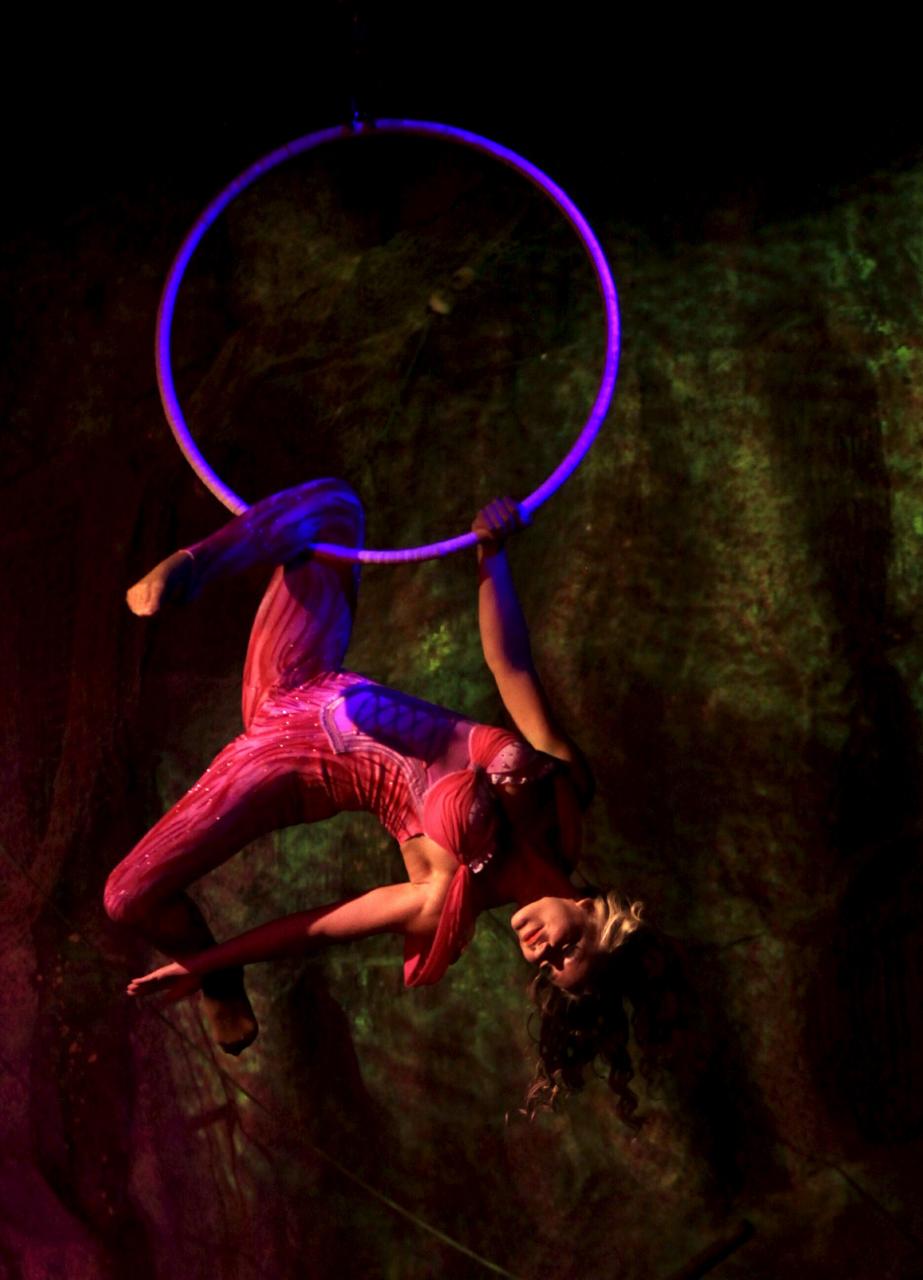 Indeed Richie explained to me that for a few short days in the early spring of last year the cast of Pirates Adventure made an attempt at a comeback, crucially with proper permissions in place - and then almost inevitably, a small number of positive tests amongst cast members completely stymied any thought of a much awaited comeback, before yet another lockdown scuppered any thought of a summer long season in which to entertain the public. Happily, it seems that with Covid if not defeated, but in abeyance - the 120 strong staff team at Pirates are already planning this years entertainment programme.

However, before season 2022 gets underway there have been management changes at Globo Balear. With Chief Executive Officer Cathy Sasson, taking a more strategic role within the company; Richie Prior will be taking over the day to day running of all elements of the operation as the Managing Director. In talking to Richie I was reminded by him that he first worked for ‘Pirates’ in a sales capacity - “I started in sales way back in 1994 and then on stage for fourteen years and thinking about it I’ve also worked behind the bar and in the kitchen over those years.” 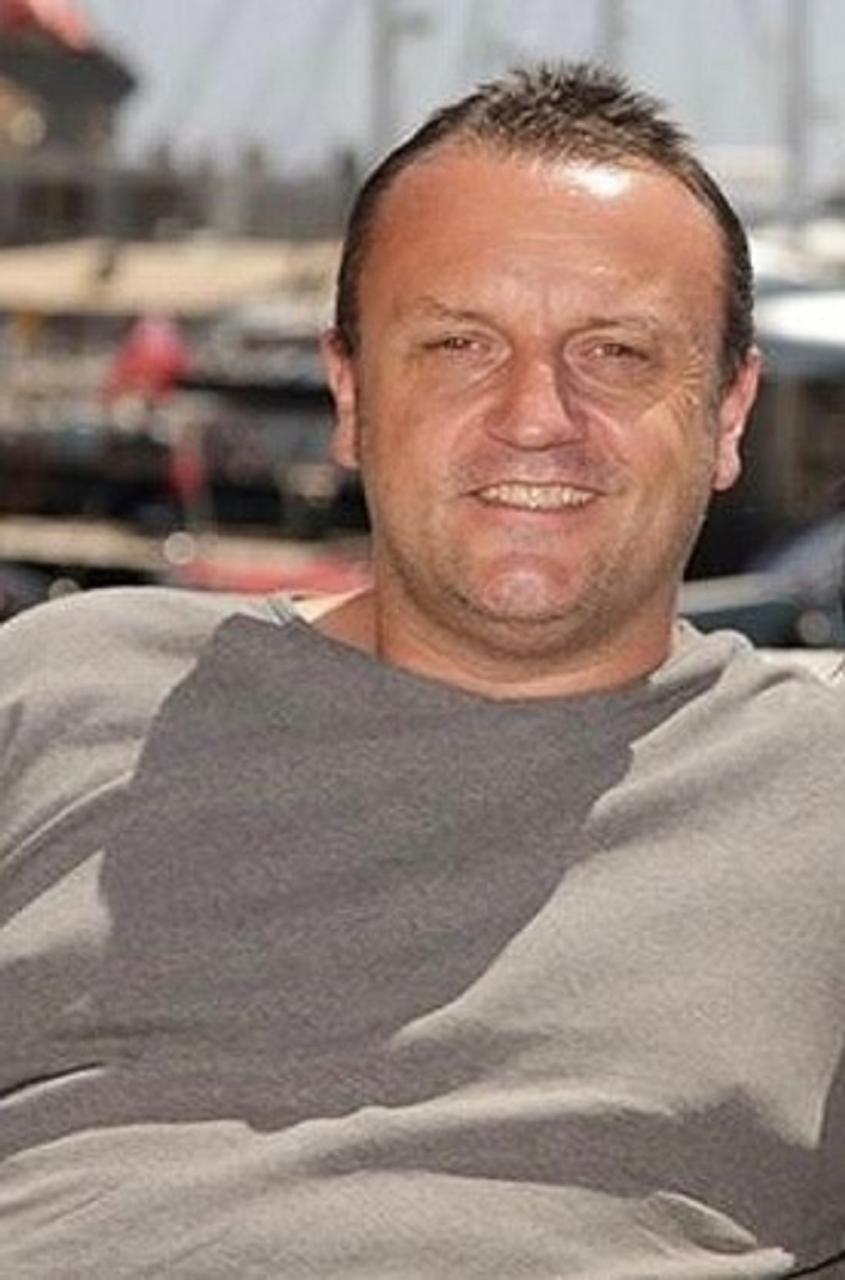 Indeed, if anyone knows how Pirates and the other shows in the Globo stable actually work on and off stage, it’s Mr R. Prior Esq. In talking to Richie I think I expected him to be more than a little obsessed by the shadow of the coronavirus that has been held over his industry for such a long time. But no! Positivity seemed to be the name of the game and he was keen to look to the future and develop new ideas both in terms of business methodology and new performance ideas for this coming season and in to the future.

“Still very much part of the business….”

In talking to Richie Prior about his new role, it seemed to me to be a good idea to also talk to Cathy Sasson his CEO about their differing roles. It should be remembered that Cathy Sasson is the daughter of Globo Balear and Pirates Adventure founder, Jaques Sasson. I wondered if this change of role suited both parties? “Yes, it does completely. I have known Richie for many years and worked alongside him both in managing the company and on occasions in the bars and kitchen as well - we know and understand each other completely.” 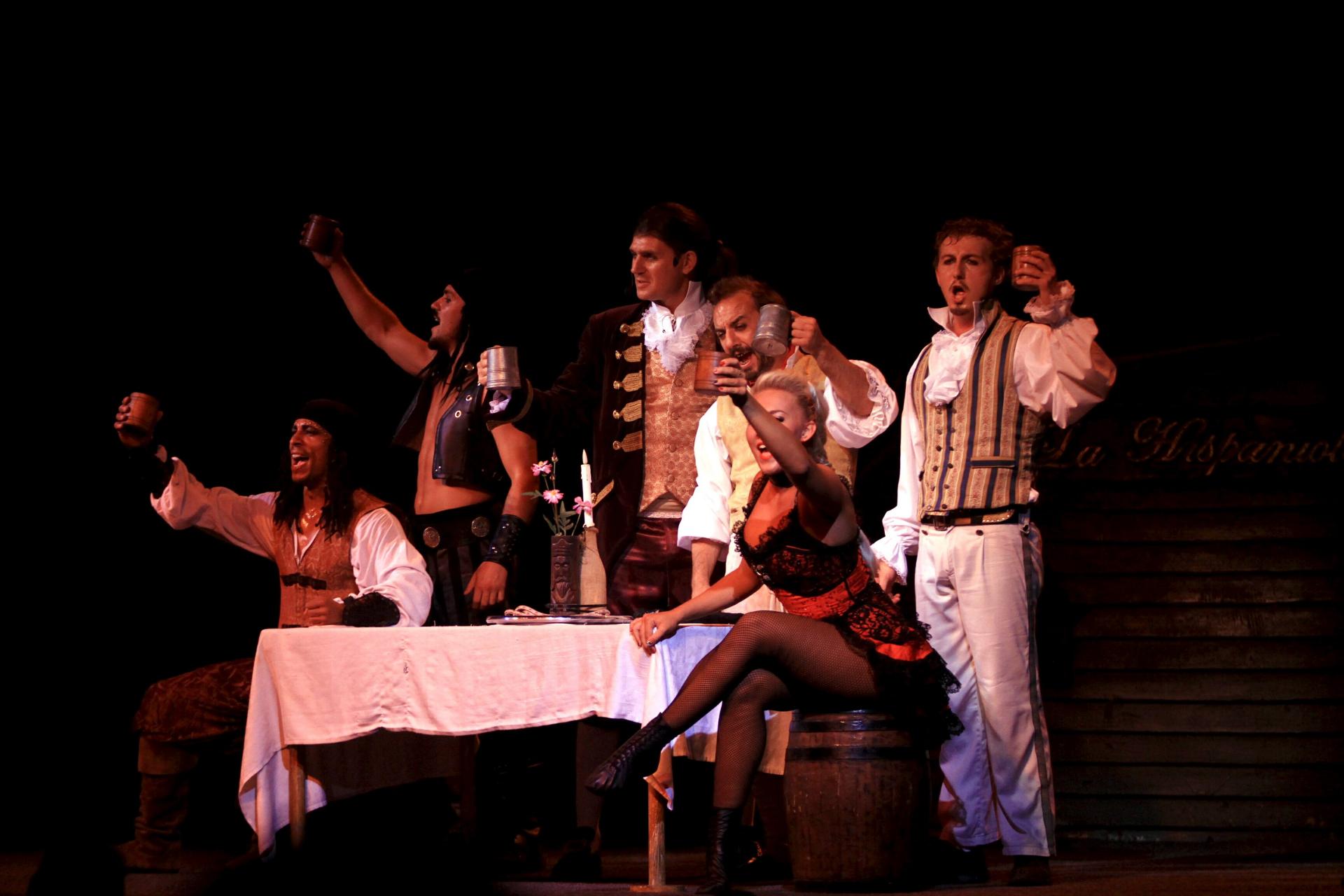 A self confessed ‘workaholic’ Cathy reminded me that she would be “…still very much part of the business” just in a role that would take a more overall and strategic view of what the company involves itself in as it faces a very new and challenging future. Perhaps unsurprisingly, she talked often about her father in our conversation confessing that she often thinks of him and the way he would approach problems when he was developing the present overall business model that is his legacy. At the end of our conversation I was rather touched when she confided in me - “My love will always be the business. It’s my Dad.”

Over the years, I couldn’t be accused of bias if I stated that the Globo Balear company was up there with the best in terms of providing great entertainment for holidaymakers visiting Mallorca over the past three decades and more. 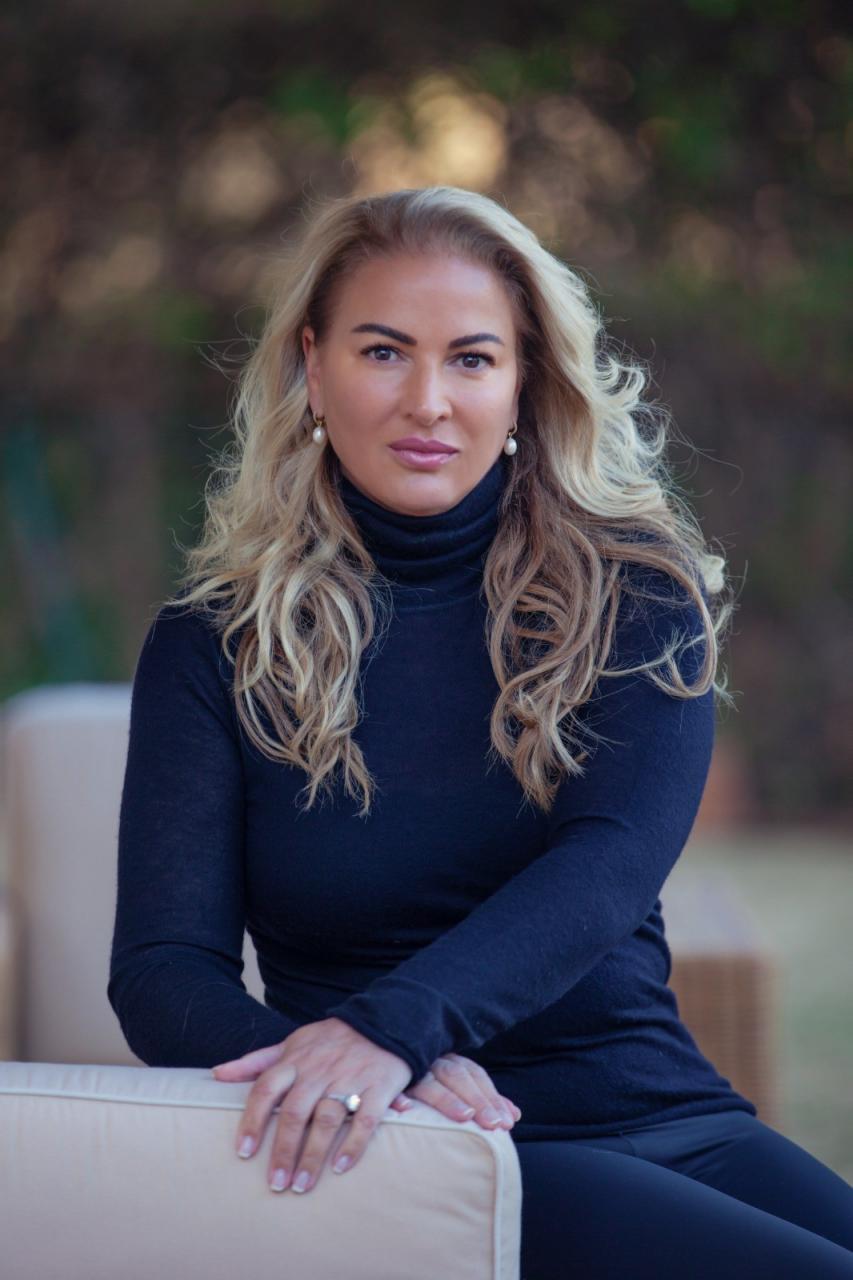 Nevertheless, I asked Richie if the pandemic and other issues might have changed levels of expectations within the market the company has set itself? “We have a young and hungry middle management team that wants to push us as far as we can possible go” was his positive retort to that, and made the point that over the past few years without the daily hurly-burly of being at the sharp end of business matters, that time has been taken up with the development of new ideas for the business and on occasions seeking to create a new direction for some parts of what they have traditionally done in the past.

I wondered if the traditional acrobatic Pirates show would still be at the centre of what the public could expect this coming season? “Yes, certainly, but more than this - you would not believe how many people out there, both here and abroad, are loyal to the business and what entertainment we try to provide for them.”

Interestingly, Richie Prior also talked about The Pirates Theatre as a “venue” not just a theatre as in its more formal description. With major reshaping works both underway - and in the planning, it seems that more physical flexibility is being planned and shaped into the traditional “stage and audience” profile of the current performance space.

Did this mean I wondered, that the Pirates Theatre could and would hold other audience driven events other than the three hugely popular ‘in house’ shows that are familiar to locals and visitors alike? He replied carefully “A number of ideas have been suggested from within the management team and other entertainment possibilities have been raised by some outside parties, but these could only take place as an add-on to our present entertainment agenda.”

Wondering, out-loud, I mentioned perhaps using the theatre space in its down-time for musical concerts of all kinds, comedy gigs and other entertainment and corporate events were an option for the new management team? “Yes, those sorts of event are a real possibility if they fit in with what we want to achieve for the business,” he admitted. With the entertainment industry emerging from a stressful two years, it also seems that the ‘Pirates’ brand as nurtured by all involved over the years, is becoming an item of interest to a number of production companies looking for quality shows to entertain eager “Lockdown weary” audiences outside of the Balearic Islands.

In talking to both Prior and Sasson it became clear that a lay-persons view of what the modern tourist wants from his and her holiday is probably wrong! Example: It seems that an awful lot has changed in terms of how people pay for their nights out and what they expect when they arrive looking to be entertained.

Things such as the regional government inspired banning of ‘free drinks’ events make certain re-shaping of - for instance bar positioning important, whilst outside spaces at venues are seen as a big plus; all these different issues are being examined by a newly motivated team at Globo Balear, as it seems that things aren’t quite the same - post Covid-19 - as some had anticipated.

Finally, I asked Cathy Sasson if she was happy to leave the day-to-day management and direction of her father’s all-consuming passion to new Managing Director, Richie Prior? With this she gave a short laugh - “In all the years we’ve worked together, Richie has come to know me like the back of his hand. In fact he probably knows what I’m going to say before I say it - and on occasions will roll-his-eyes to warn me not to say it.”

The future of Pirates looks both positive and challenging; to say the least.

Pirates is no longer (and I doubt it will be) what it was, a spectacular show. The times of Jacques have disappeared. Now there is only interest in making money. Every year there are fewer things included in the price, be it drinks, food, service... I don't doubt that Richie can be a good manager, but everyone in the industry knows what he is like. That's why this year everyone wants to sell Son Amar and not many like him. Good luck, you will need it.

I've traditionally been a fan of pirates. Used to take all our guests, from abroad there. Captain's table. The story line was funny, just a fun evening overall. But about 4 years ago, I again booked a large group at the captain's table, for rather large coin. And was, sorely disappointed to see the story line had disappeared, now just some dancing, a bit of acrobatics, and a very loud booming sound, system that was so distorted that it was barely intelligible. And not very entertaining. Haven't been back since, but I'd suggest a return to something resembling a story line, and upgrading your sound system. If you've already done that, I might consider booking another traunch of captain's table seats. But I'd expect some world class entertainment at that price.