Patrick from Max Ventures is already a successful business man in Holland, and now he is opening a coworking space with a difference right here in Palma. Situated on the main drag in El Terreno, and right next to a car park (I guess I’m not the only person who always wonders where they are going to park first) the Max Ventures offices are bright, modern and ideal for people who need a space to work from either on an ad hoc basis or on a more fixed schedule.

Nothing new there I guess, there are other coworking spaces in Palma, but Patrick has come up with a very interesting and potentially very exciting concept: he is very keen to hear from individuals who have business ideas that need seed money. “I realised there wasn’t anywhere on the island where startups could be nurtured, so Max Ventures also aims to be an incubator for businesses”. You can see more about the space and the concept at www.maxventures.es 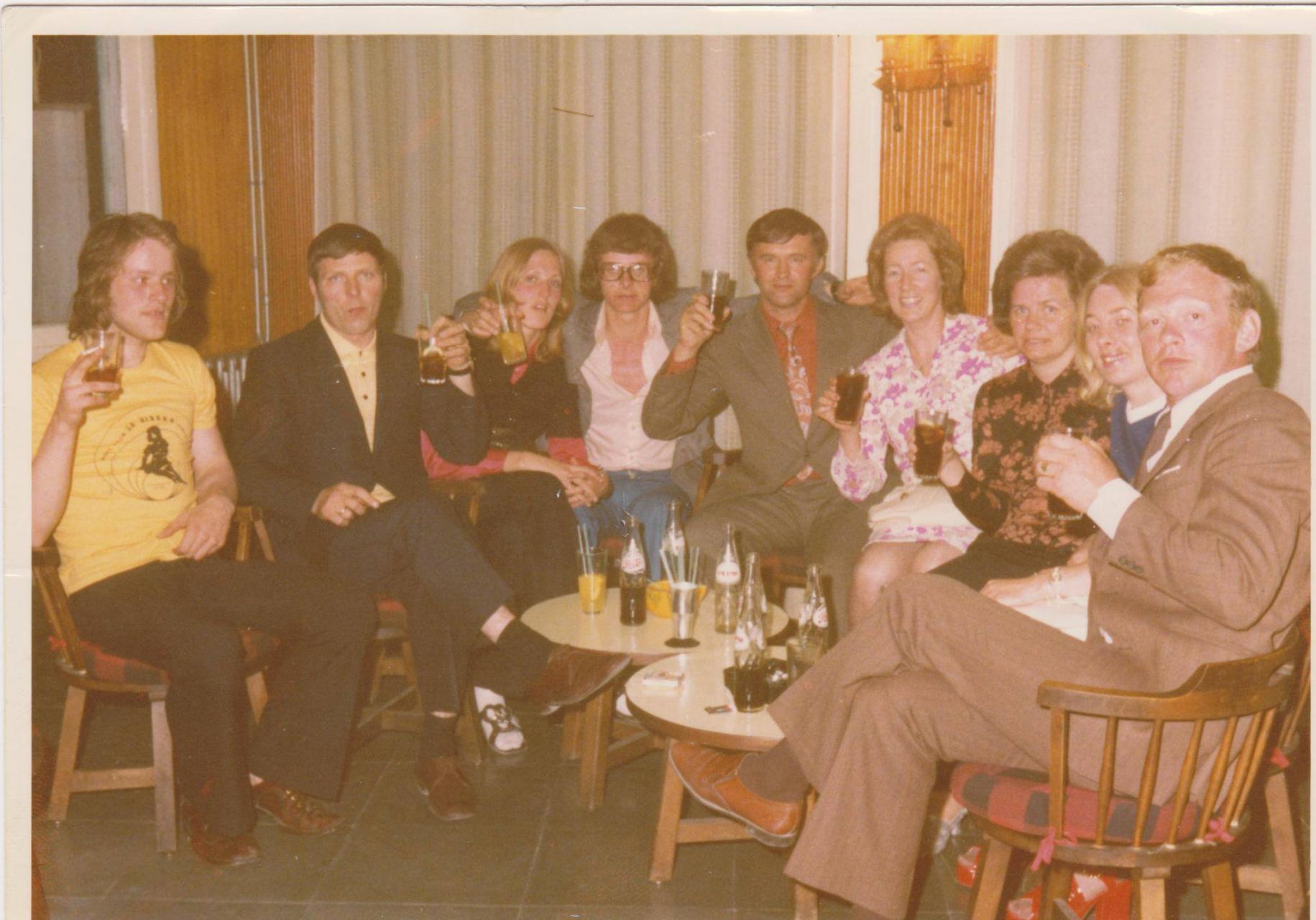 Do you remember Þórólfur Hilbert? His sister is looking for people who might have met him. She got in touch with me this week and sent over several photos of her brother on holiday on the island in May 1973. Do you recognise him? Are you in one of the photos? Þórólfur Hilbert travelled to the island with his friend Orn Gudmundsson. They were in a group of about 20 to 30 people from Isafjordur, Hnifsdalur and Bolungarvik in Iceland. Kristin’s brother Þórólfur was born on 18 February in 1954, so he was 19 years old when he was on the island. 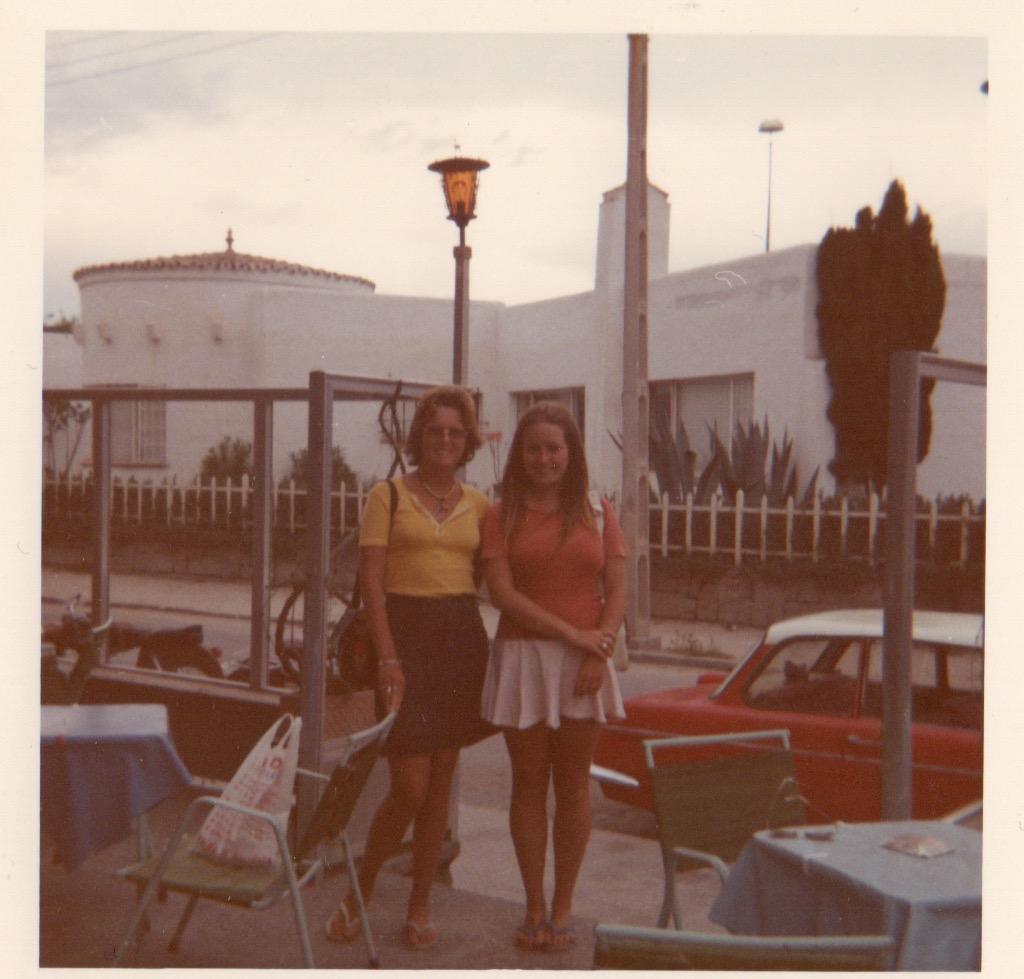 But he tragically died in a car accident in Sept that same year. Þórólfur was born in Reykjavík but was adopted and moved to Bardastrond 1955 and Kristin never had the chance to meet him before he died when she was only 6 years old. Take a look at the photos, in one of them her brother is sitting with a Spanish chap. There is also a photo of two women who helped her brother and his friend with repairing their trousers. Kristin has been working on tracking down stories about her brother for the past year, if you have any information please do get in touch with us at the Bulletin and we will connect you! 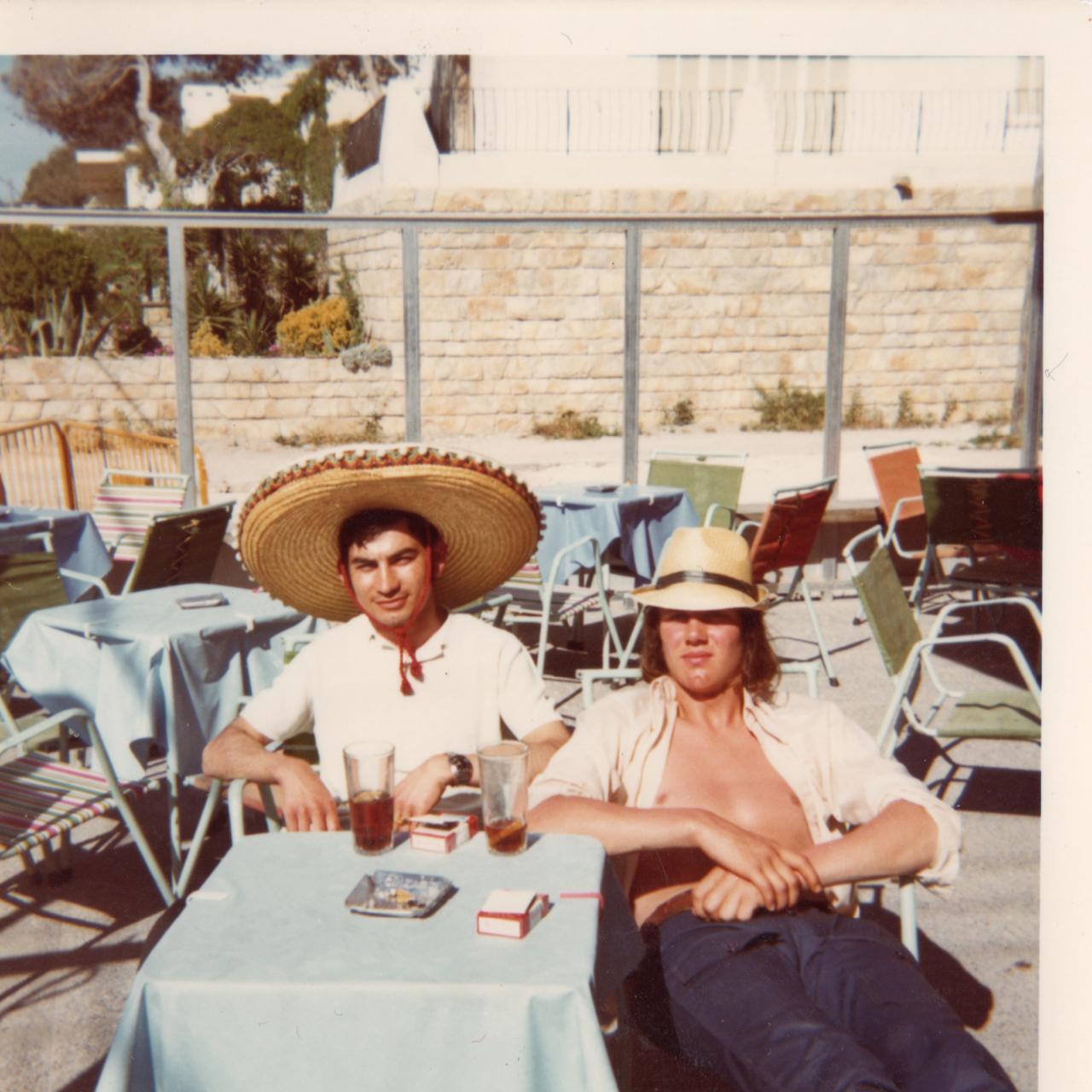 Last Tuesday evening at Son Muntaner Golf the Arts Society had a great evening focused on wine. Wine has been part of our global society for over 7,000 years, and the story they listened to told of its origin and appearance in all societies across the Mediterranean and through Europe. There is rich evidence of the role wine has played in these societies and how it became an important component of faith, well-being and festivity. 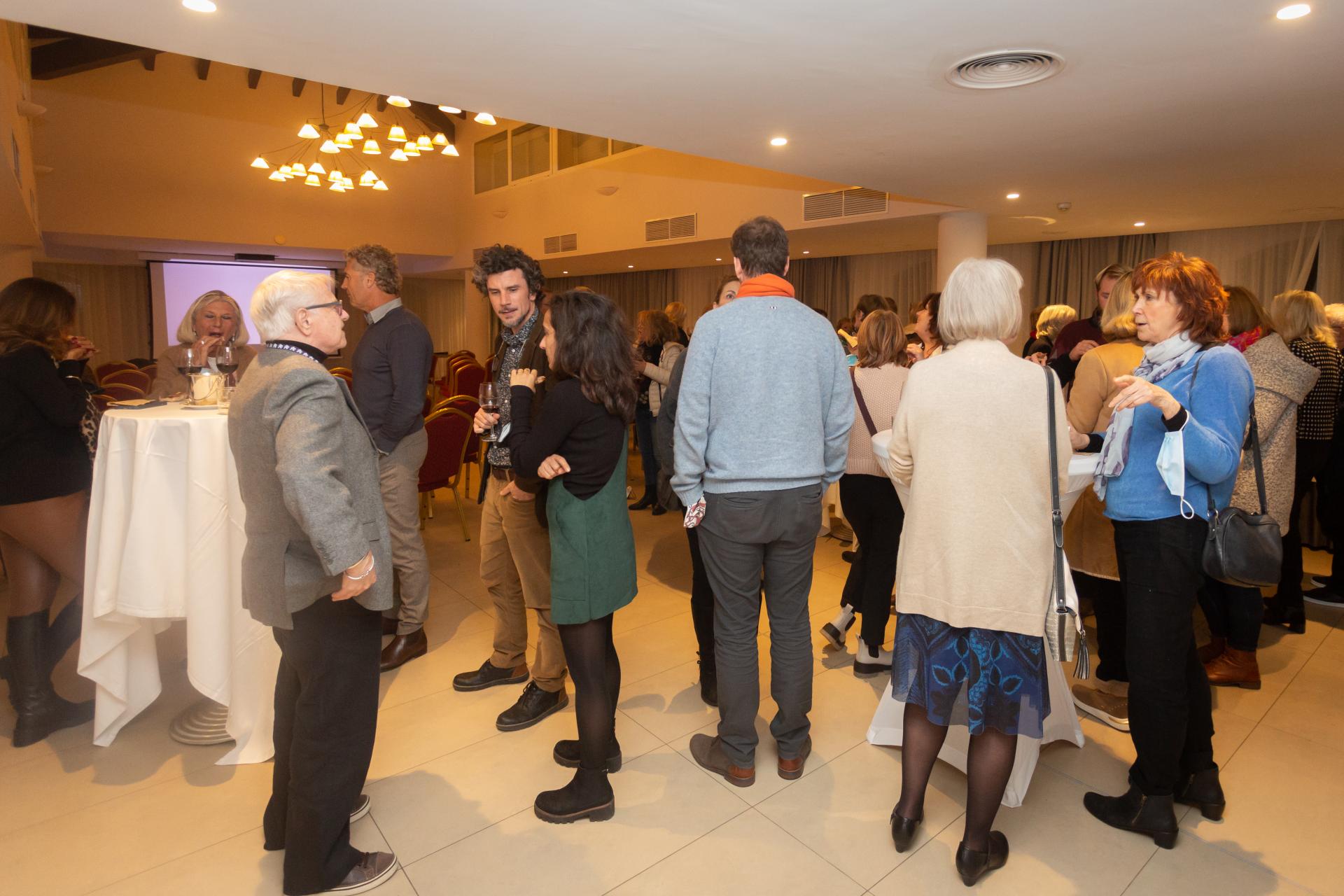 Drawings, paintings, engravings, buildings, pottery and wine labels themselves all contribute to the story. The evening was presented by David Wright who has been a wine retailer, importer and distributor for 30 years. Over the last three decades he has refined a fascinating evening entitled, “A Brief Story of Wine”, which, if you like a tipple or are just interested in cultural history, is a great subject to spend an evening learning more about. As usual with any Arts Society event, there was wine and other drinks served after the talk, so we all had the chance to learn about our drinks before enjoying it! 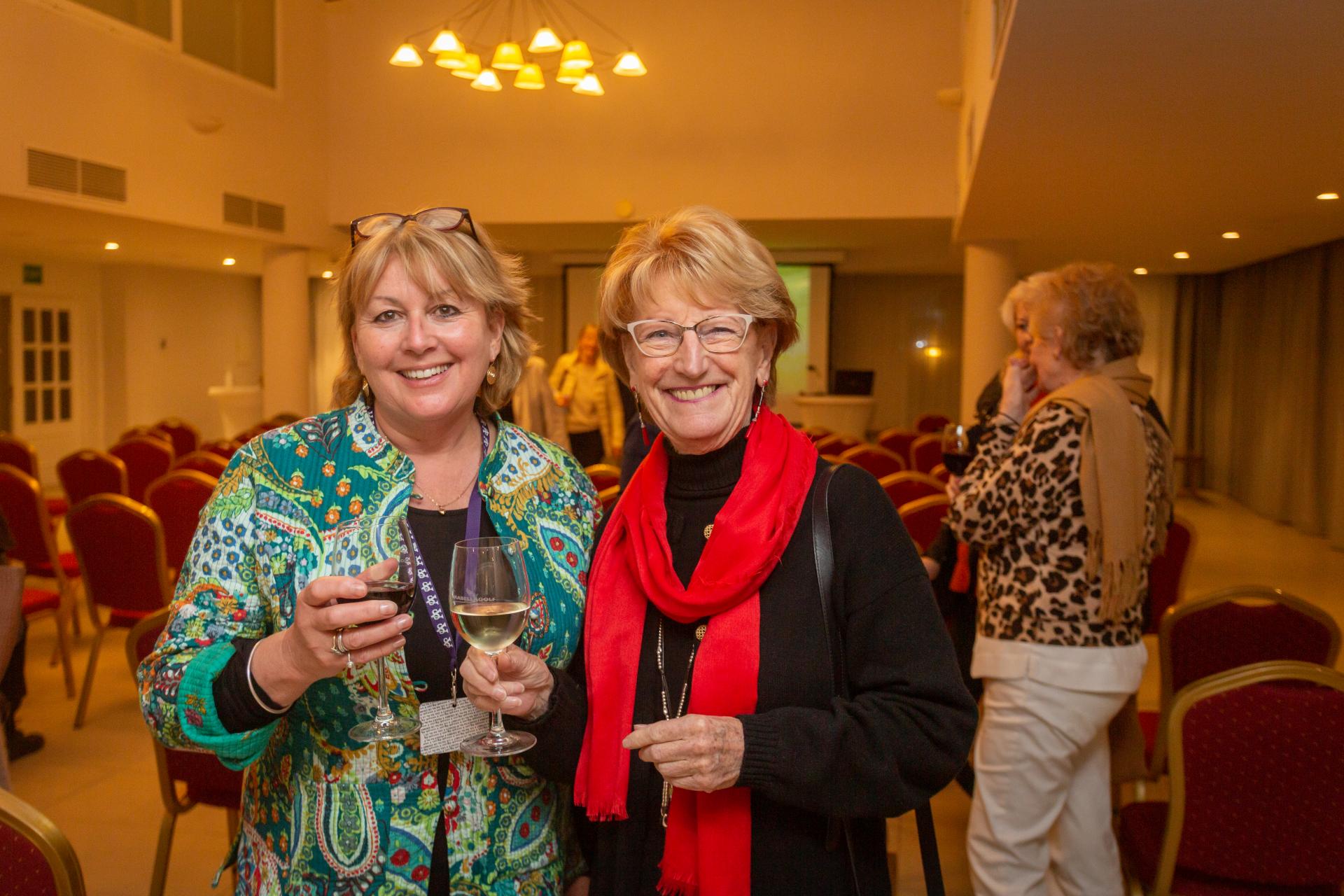 The next Arts Society event is scheduled for Tuesday March 8th and the subject will be “The history and culture of Moorish Spain”. The talk will be given by Ian Cockburn who is a specialist in the subject of the Moorish occupation and Christian reconquest of medieval Iberia. He is also the founder and director of an art tours company, specialising in guided cultural tours in Spain, plus he lectures in London at institutions such as the V&A, SOAS, Christies Education, and the London Art History Society. You can book your ticket by emailing mallorca@theartssociety.org

Well, they do say that you should do things that scare you, and I have to say that speaking in public to live people who can actually see me gives me the heebies. BUT, I will be speaking at the next Women in Business event on Thursday 24th February at Santosha in Palma. You can join the group here https://www.facebook.com/groups/mymuybuenowomeninbusiness/ and save your spot.

On the following day I am part of a open networking business lunch which will be at Hostal Corona in Palma at 13.00, the lunch costs 25€ per person and if you would like to join then send me an email to majorcamallorcapodcast@gmail.com

If you would like to be a guest on the Majorca Mallorca podcast then send me an email, we are always happy to hear from people with a story to tell on the island!