If you buy fresh fish at the market, or order it at specialist restaurants, then you don’t need me or anyone else to tell you that it’s expensive.

In the decades I have been living here that has always been the case with fresh white fish and some of the blue ones.

Two of the above — dorada and sea bass — are invariably farmed when bought at supermarkets and their price is most reasonable. Some restaurants at the top end of the market have wild sea bass on the menu and it is always expensive.

But there are many kinds of small fish in the Mediterranean and some of them end up on the slab at the Mercat d’Olivar, Palma’s main municipal market, and also at those supermarkets who have a wet fish counter. These small locally caught fish are economically priced and that should make them attractive for most people. 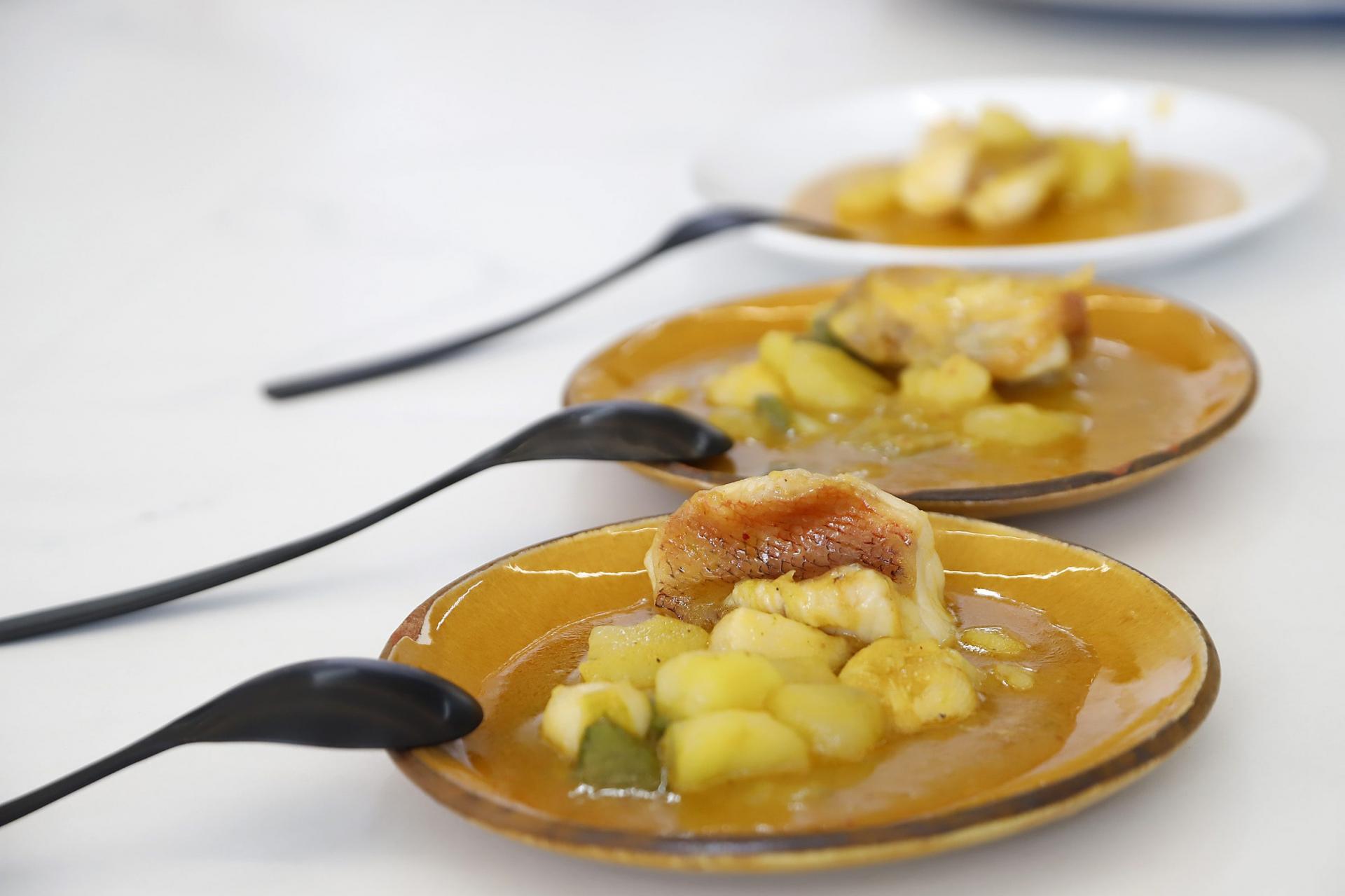 But they are associated with bones and mothers with young families aren’t interested in them — because children don’t want to know about bones.

Most conscientious mothers who want their children to eat fish a couple of times a week buy nothing but fillets — but many of them still have to disguise the fillets in some way.

Some do fish nuggets in batter or breadcrumbs and even as croquettes or fish cakes. Many mothers find that putting any kind of fish on the table is a never-ending battle.

This is a pity because there are some wonderful little fish in the Med and cooking them has never been more convenient. Fishmongers want to sell more of these fish and they make it easy for consumers.

At the Mercat d’Olivar you can buy trays of fresh anchovies (boquerones) that are beheaded and gutted and ready to be coated in flour before being deep or shallow fried. And they don’t have any bones.

You can also get sardines that have had their heads cut off and their insides scraped clean. They are butterflied and just need to be dipped in flour and gently sautéed in butter or olive oil. And they don’t have any bones.

Served with slices of brown bread and butter and a well chilled bottle of any Spanish white wine or sherry, they make a Mediterranean starter that will satisfy the most demanding of epicures.

Children may not go for these small fish but there’s no reason why adults shouldn’t be enjoying them two or three times a week, especially as some of them (such as boquerones and sardines) are blue fish and full of omega-3 fatty acids that are so good for our general health. 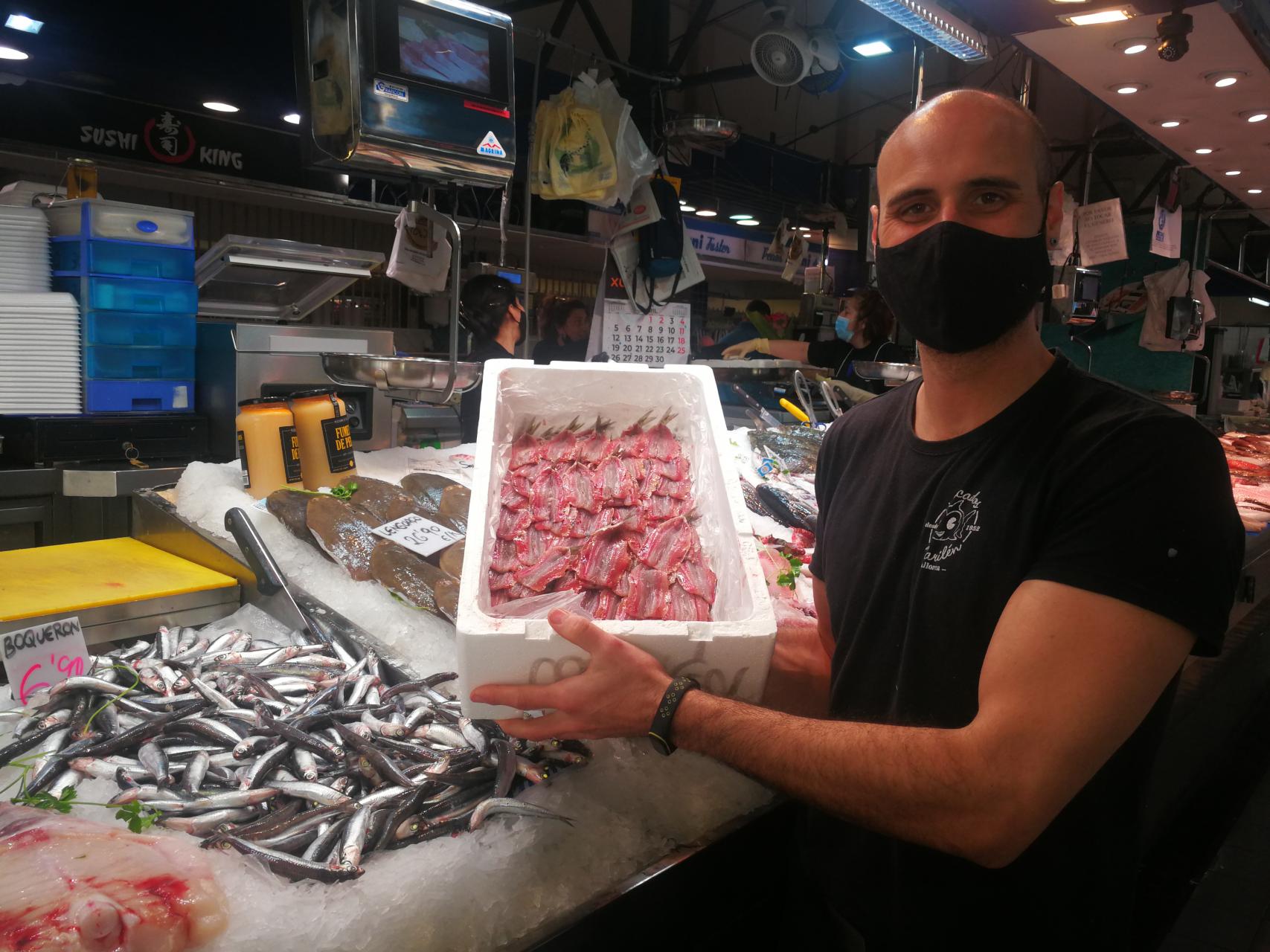 Even if you had to clean these boquerones and sardines yourself, there’s nothing to it. You can cut off the heads with small scissors, slit the belly with a single scissors cut, and scrape out the insides with a small spoon.

It takes about seven seconds. When you get used to it, you can do the whole operation with your fingers, shunning both scissors and spoon. That’s even quicker.

Andalusia is the area of Spain that makes best use of the Mediterranean’s small fish. One of the many things Andalusians do better than anyone else is the deep-frying of fish, which is called ‘fritura’ in Spanish. 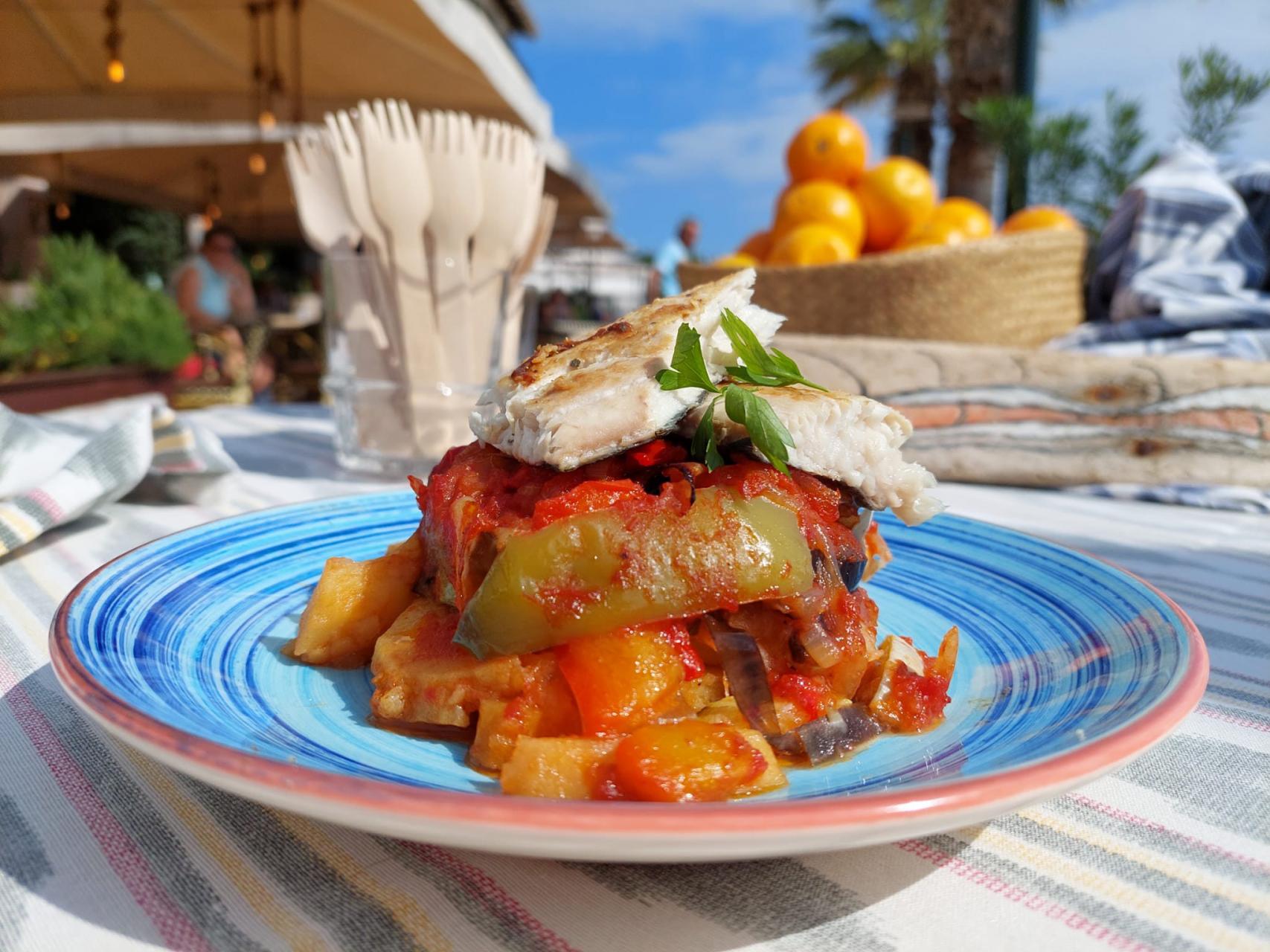 In a ‘fritura andaluza’ a selection of fish could include small red mullet, a flat fish called brujas, fillets of hake, squid rings, strips of cuttlefish, and a variety of the Med’s small fish, with boquerones being everybody’s favourite.

For an ideal ‘fritura andaluza’ the fish should be fried to order and taken straight from the deep-fryer to the table.

The serving of the fish should be done so quickly it is still sizzling when it reaches the table — which is what Andalusians call ‘vivo’, or alive.

If you like a little tapa before lunch or dinner, ‘polido’ is a small fish to look out for. We use the French word ‘argentine’ for it and it gets that name because of its silvery skin. Another name for it in Spanish is ‘pez de plata’, or silver fish. 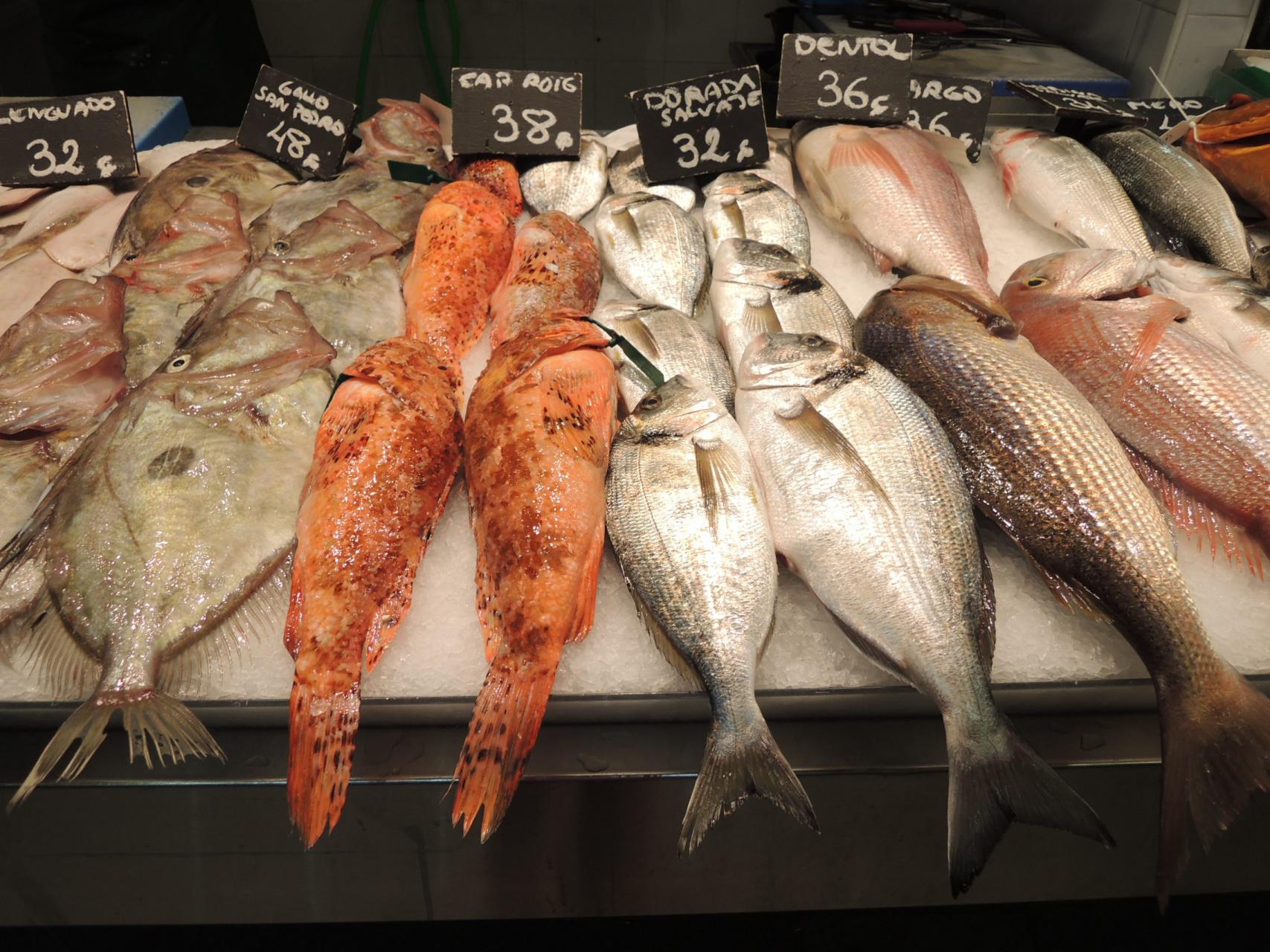 This fish is snapped up by bar owners who do tapas, so you won’t see it at many market stalls or supermarkets.

A couple of stalls at the Mercat d’Olivar usually have it and it sells for €7-€9 a kilo. About 300 grs make an economical tapa for two.

If the fishmonger isn’t too busy she will usually pull off the heads and gut the ‘polido’ for you. If you have to do it yourself, snip off the heads with scissors and scoop out the innards with a small spoon.

Wash well and salt lightly before coating well with flour and frying in about 3cms of olive oil for a total of three minutes or so. 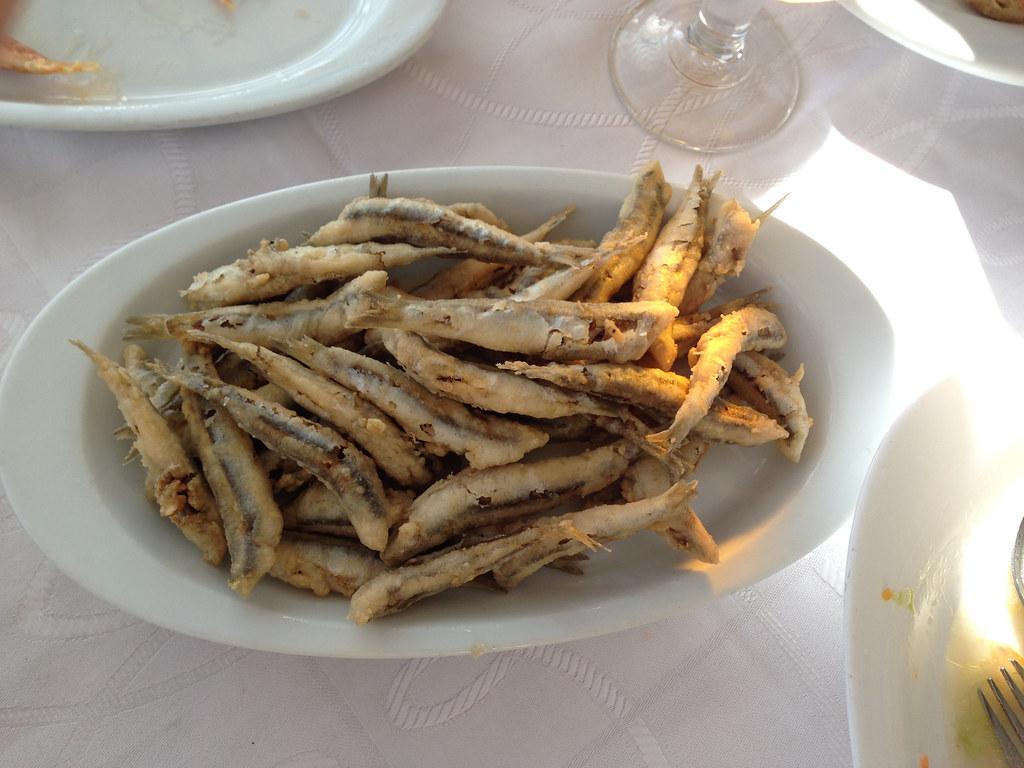 The ‘polido’ are strictly finger food and they have no little bones, one of the reasons bars buy them up for tapas. This fish has a lovely soft flesh and is really worth trying.

But if you don’t feel inclined to do them at home you can order them at the fish market’s Bar del Peix. I haven’t eaten there for about three years but the last time I had a generous tapa portion straight from the deep-fryer, the price was €7.

Other good buys at the Mercat d’Olivar include some of the larger fish such as ‘pescadilla’. Many food writers, and even some fishmongers, say ‘pescadilla’ is a small merluza (hake), but that is not the case. It is called whiting in English, is a member of the cod family and has its own scientific name.

It is widely available at the Mercat d’Olivar and also at the supermarkets of El Corte Inglés. The price can vary depending on their size (large ones are dearer) and on the abundance of the previous day’s catch. The last time I noticed the price they were €9 a kilo. A fish I used to eat frequently but stopped doing so during the pandemic, is ‘bacaladilla’, another member of the cod family which we call blue whiting.

The larger ‘bacaladilla’ are easily filleted, the removal of the spinal bone being one of the easier culinary chores.

There are no small lateral bones, so you run the point of a sharp knife along one side of the spinal bone and then the other. The bone can then be extracted in one piece and the fish is butterflied and ready for use.

Plump fillets from the bigger ‘pescadilla’ and ‘bacaladilla’ can be coated with flour and sautéed in butter or olive oil.

They can be batter-fried successfully and are also superb when breadcrumbed and fried until golden in a mixture of butter and olive oil.

The flesh of both fish is soft and fragile so it calls for very short cooking times. But most people tend to fry or sauté them for far too long, which ruins their succulence and leads to dried-out flesh.

The best way to achieve ideal results, either when deep-frying or sautéing, is to do the fish over a high heat for a short time. One minute on each side will do it nicely.

When deep or shallow frying fish, it is important to coat the flesh with the right kind of flour. There are a few to choose from.

One is produced locally and says on the packet ‘harina para freidoras’, meaning it’s a special flour for deep-frying.

It is best for ‘frituras’ because it has a coarser grain and doesn’t burn as easily as ordinary fine flour.

Most cooks in Andalusia, however, prefer ‘harina de garbanzos’, or chickpea flour. It is always available at the supermarkets of El Corte Inglés.