Today is Ash Wednesday and also the start of Lent, an important date on the calendar of the Roman Catholic Church and a time when most members observed strict abstinence and gave up all kinds of daily pleasures.

But in the past 70 years or so the Church has relaxed most of the severe abstinence rules and nowadays only the first and last days of Lent (Ash Wednesday and Good Friday) are days of fasting and abstinence.

The observance of Lent in most European countries, especially Spain, Italy and France, was always much stricter than in Britain although my recollection is that Catholics in Scotland (where they are a minority) always gave up some daily pleasure and made a point of eating fish on Fridays for the duration of Lent.

Some people in my circle of friends and acquaintances gave up smoking, others cut out chocolates and sweets, and those with a weight problem said no to bread, potatoes and other starches.

In Palma I had a friend who was very religious in some ways and she gave up alcohol every Lent without fail — and she kept to it at all times. When I was lunching with her on one occasion she ordered pears in red wine as dessert.

I was surprised and asked: “What about Lent?” She replied: “It’s alcohol I give up. After the pears have been cooked in the wine there’s no alcohol left. It’s just the essence of the wine, so that’s a Lenten dessert for me.” And she was right, of course.

I don’t know anyone nowadays who gives up any of the everyday pleasures during Lent and in the families of my acquaintance none of them goes in for Lenten dishes.

The only time I see families having special Lenten food is during the week leading up to Good Friday when dishes of bacalao (salt cod) are eaten in many Mallorcan homes.

But in many cases these bacalao dishes are not on the table for purely religious reasons, but mainly because they are a family tradition that has been kept up by the mother or the grandmother.

Up until the mid-1950s in Mallorca, Lenten meals were based on simple foods that contained no meat of any kind. In any bookshop you’d find cookbooks specialising in Lenten dishes, many of them done with pulses to ensure that families were eating vegetable protein.

The Roman Catholic Church’s Lenten traditions, especially the culinary ones, started in 325 at the Council of Nicea. The 40 days of Lent were days of abstinence when meat in any guise could not be eaten. There were also days when one was expected to fast — to have only one meal. 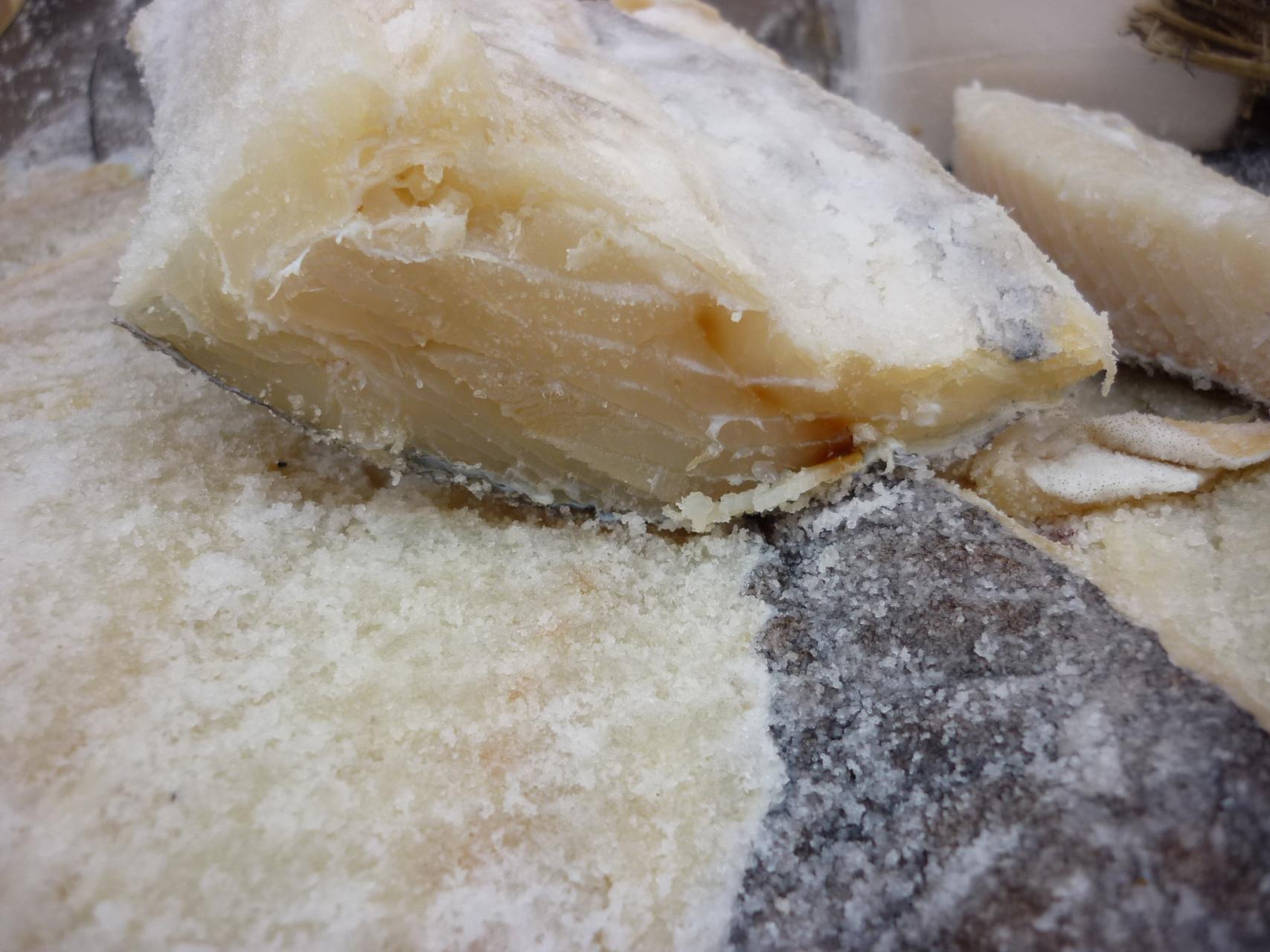 But rules were relaxed over the centuries and there was a constant evolution of what the Church expected from its faithful.

Today, only the first and last days of Lent (Ash Wednesday and Good Friday) are days of fasting an abstinence: one meal only and no meat. All Fridays during Lent are meatless days.

Permissible foods during Lent caused considerable controversy in Church circles. In the 17th century, when the faithful ate only one meal per day during Lent, it was debated whether chocolate could be eaten between meals.

After much thought was given to the matter, it was decided that chocolate in its solid form was food, so it broke one’s fast. But it was permissible if melted in hot water and taken as a drink. 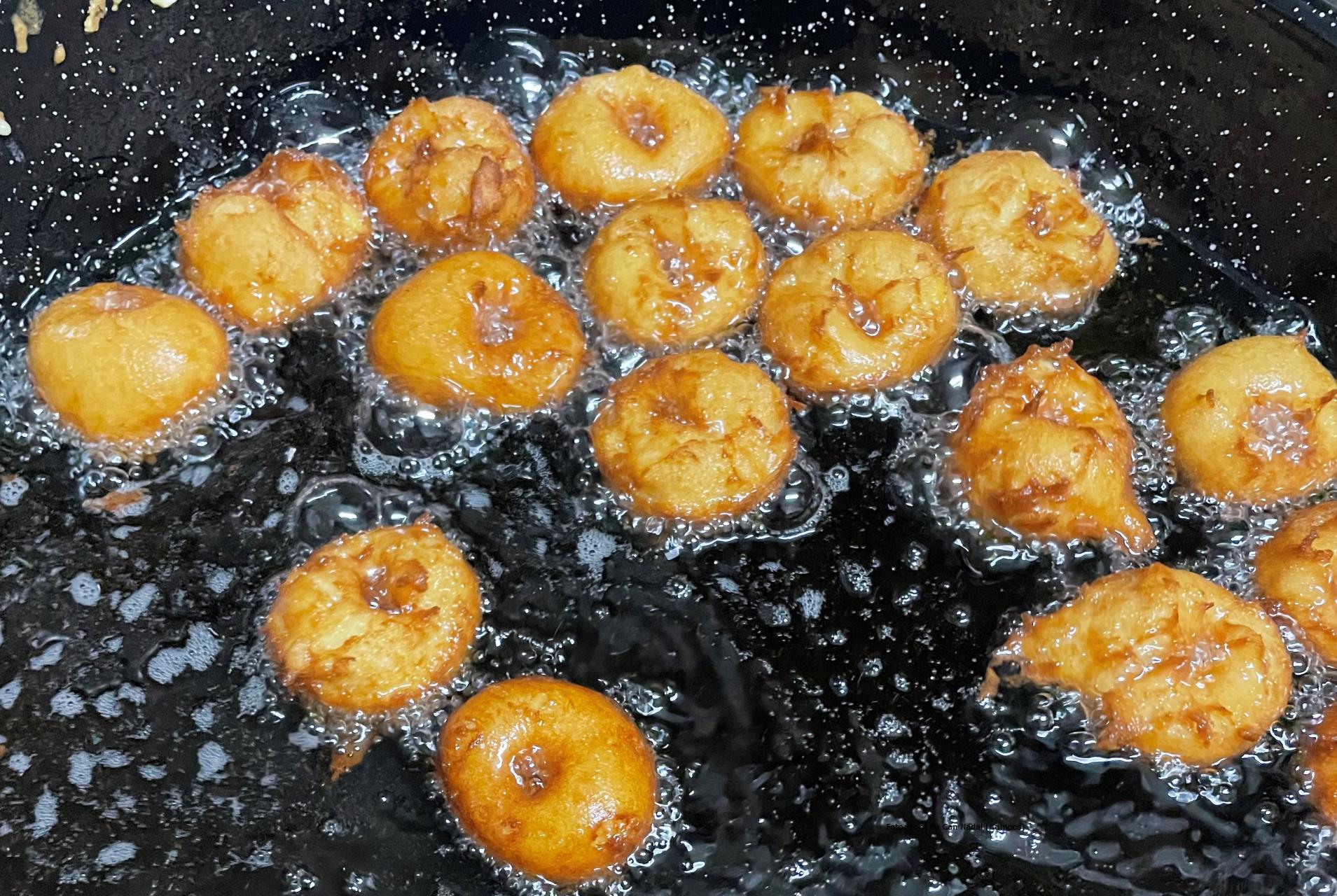 This ruling was popular with Spaniards and today Spain is one of the countries where a good deal of hot chocolate is still consumed. The centre of Palma has about a dozen bars and cafes that specialise in cups of thick hot chocolate, often served with an ensaimada.
Another controversy concerned snails and frogs, both of which were an important source of protein for the rural poor.

But were they meat and should they be banned during Lent?

St Thomas of Aquinas argued in 13th century that meat came from ‘animals that are born and breathe on earth’. This meant that during Lent one could eat fish, shellfish, snails and frogs.

The ban on the eating of meat was a serious problem in the Middle Ages for those who didn’t have access to fresh fish from the sea or rivers — but they got by thanks to air-dried fish known as stockfish. 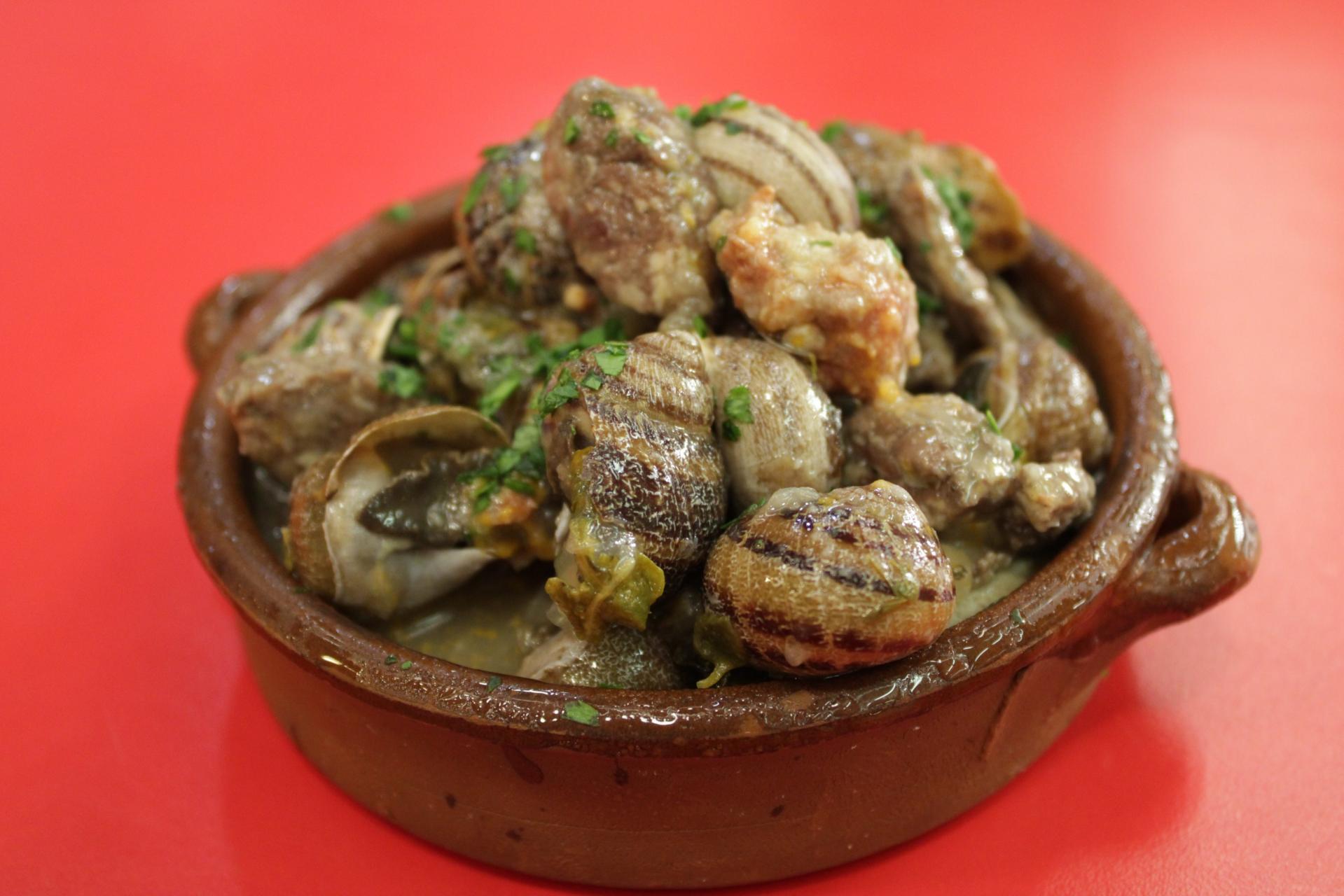 This was originally called stickfish because the gutted and butterflied fish was impaled on a stick that was plunged into the ground at a windy spot where the air dried and preserved it.

Inland dwellers were given a fishy boost to their diet in the 16th century when Portugal introduced salt cod, called bacalhau in Portuguese and bacalao in Spanish.

Salt cod soon became king of the Lenten table in every corner of inland Spain, one of the reasons why Spanish regional cooking has so many marvellous ways of cooking it.
The other great Lenten savoury dishes were potajes, thick soups made with vegetables, beans, lentils or chickpeas. Three classics were chickpeas with spinach, white beans with Swiss chard and lentils with rice.

Pies with a fish or vegetable filling were also a Lenten speciality. Mallorca’s veggie stuffed turnovers called cocarrois were once a strict Lenten pastry but they became so popular that bakers started to make them all year round. Every pastry shop and supermarket sells them nowadays. 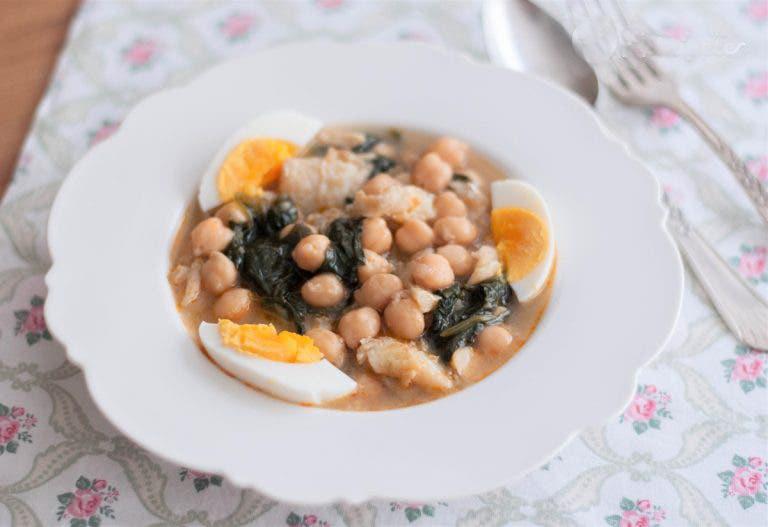 Some of the old Lenten recipes were of such sophistication and gastronomic quality that they could easily be mistaken for the work of a Michelin star cook.

Here is a typical one: small lettuce (such as the Navarra cogollo on sale at most supermarkets) braised al dente with pinenut sauce flavoured with saffron and served with sautéed potatoes the size of hazelnuts. That sounds like a lush self-indulgent starter on a deluxe tasting menu.

But it was at the end of Lenten meals of yester-century that people really pampered themselves, because they were more than a little fond of sweet dishes. Desserts were often made with lashings of syrup, honey and sugar — which were also added as a finishing touch when the dessert was on the table.

A favourite Lenten dessert was arroz con leche (rice pudding). It was eaten at the start of a meal in the Middle Ages, but when sweet starters went out of fashion, it was sent to the end of the meal and eaten as dessert. The same thing happened to England’s rice pudding.
Natillas (custard) was also popular and was served on its own, on top of pastries, or as a filling for tarts and pies. These custards were usually very sweet — and today they are still like that. 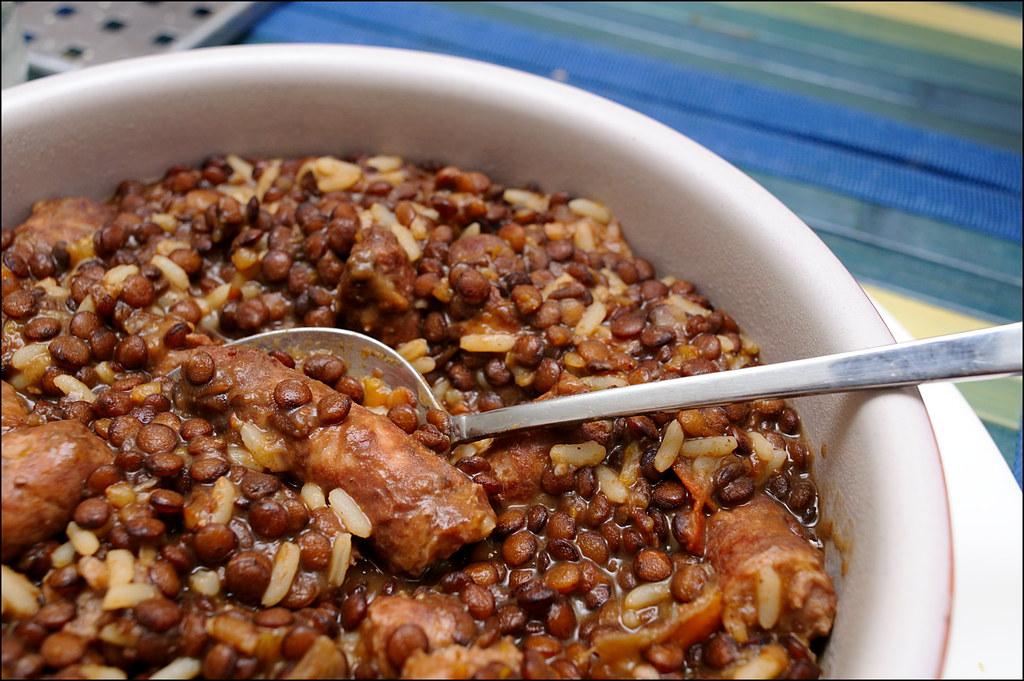 Fritters in all their variations, called buñuelos in Spanish, were a great Lenten stand-by. Savoury ones were served at the start of a meal and sweet ones were a popular dessert and were also served as a breakfast dish. The fritter paste was sometimes as runny as batter, in which case it was used to coat fresh or dried fruits before deep-frying them.

Some buñuelos were made with firm dough and looked very much like our doughnuts. Sometimes the ingredients were simple: flour, eggs and oil. But after being deep-fried they were generously doused with honey or syrup.

Perhaps the favourite Lenten sweet is torrijas, slices of sweetened fried bread, the pain perdu of the French, which the British call French toast. Everyone who makes torrijas has a family recipe because it is a popular way of using up stale bread.

A torrijas can be slices of fried bread smeared with honey or syrup. The stale bread can be lightly soaked in sweetened milk before being deep-fried. Sometimes it is dipped in beaten egg before being fried and then drizzled with honey. This gives a richer torrijas but it is less crisp.

The simplest torrijas of all are slices of day-old baguette or barra de pan fried in olive oil until golden and crisp and then sprinkled with sugar. They are eaten straight from the frying pan, as hot as you can manage them.

In some Mallorcan and mainland homes, this simple version of torrijas is served for breakfast, and some 50 years ago it was the most popular snack for children coming home from school and looking for something to eat that was hot and sweet.
Adults never say no to a plate of these small sugar-sprinkled torrijas because they bring back childhood memories.

The need for dishes that filled bellies on religious festival days when meat was off the menu, led to a culinary culture that was tailor made for those who nowadays would like to eat less red meat.

This style of cooking became known in Spain as cocina de vigilia, which literally means ‘cooking for meals on the eve of religious holidays’ — when the eating of meat was absolutely taboo.

When you consider than in the Middle Ages there were some 173 days of the year that were meatless for Roman Catholics, there was a real necessity for dishes based on eggs, vegetables and pulses — as well as fish for those who lived near the sea or rivers.

A facsimile edition of an 1895 book called Comidas de Vigilia (Religious Festival Meals) is packed with recipes based in pulses, vegetables, eggs and fish, as well as sophisticated soups and sauces designed for those who want to do a bit of dining room pampering.
It’s in books like this you’ll come across bacalao recipes because, as I said above, salt cod became the most important and convenient ingredient in Lenten cooking.

Salt cod had a big advantage in those days of the Middle Ages and later: it was so cheap the poorest of the poor could afford it. Even 60 years ago it was one of the cheapest items at Palma’s main municipal market.

Today, when some aficionados eat bacalao all year long, it is the exact opposite: it is now one of the most expensive foods at local markets.

You will soon be seeing piles of salt cod at your local supermarket, although it’s not the dearer cuts you get at the Mercat d’Olivar and the specialist shops.

Some Mallorcans, and also people from the mainland who now live on the island, make a point of eating salt cod on the last week of Lent because it is a family tradition they don’t want to lose.