Nan’s Day Out to the Calçotada

The season is a good one for Calçots this year

The Rancho has old and traumatised horses which live in the field and are retired | Lydia E. Larrey

Last Sunday dawned bright and beautiful and everyone just wanted to get out. The cars driving into the Soller Valley, as I was going in the opposite direction, were a steady stream. We are a day trip location for locals every weekend and it is always good to go against the flow. Our destination was the Rancho Fino in Montuiri.

Rancho Fino is a small stable in the middle of the Island. It exists to save badly treated horses. The stories of ill treatment of horses are beyond belief but if they find themselves in this place they are safe. A free, nice, comfortable and most of all safe place where they can re-establish their natural behaviour and stay for the rest of their lives.

The Rancho has old and traumatised horses which live in the field and are retired. There are also horses who are still active, young or just need more stimulation. Some take people on horse treks in the surrounding countryside. This earns a little money for the maintenance of the charitable project. The horses come first here and fund raisers and gatherings are held for all to enjoy and raise money for this great cause. 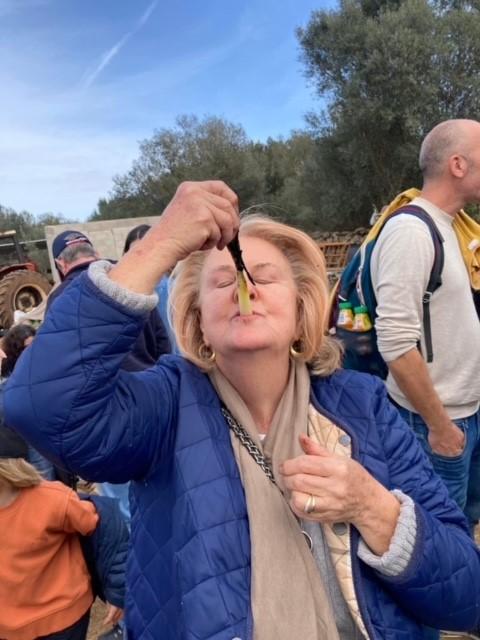 This was the background information we had as we found our way around Costitx to the queue of cars waiting to get into the grounds of the Finca. Chickens, pigs, horses and a cow plus dogs galore met us. This is an animals paradise which was taken over to be the Calçotada for the day. The fire pit was roaring and the Calçots were cooking. The smell of onions in the air and suddenly everyone was hungry.

Sollerics are no strangers to this event as our Community Centre holds them at this time of year – in normal times. This year we travelled half way across the island to attend this Calçotada and were so glad we did. Families with children and friends from all over the island were there. Some were debating the messiness of the eating of Calçots and the rest of us dived straight in. 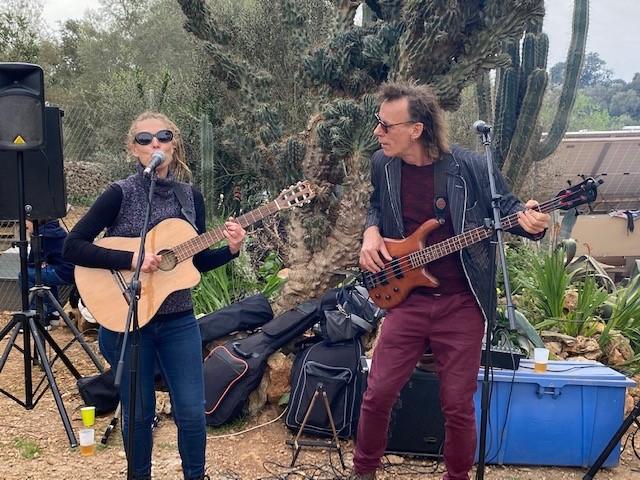 They are cooked on the fire pit and then wrapped in newspaper to allow the steaming to continue. Served on a ‘tile’ with a dipping Romesu sauce and then the fun begins. Peel back the blackened outer skins and then bite away, dipping in the sauce as you go. The good wine from local vineyards accompanied the feast and it was pronounced the ‘best ever’. The season is a good one for Calçots this year. 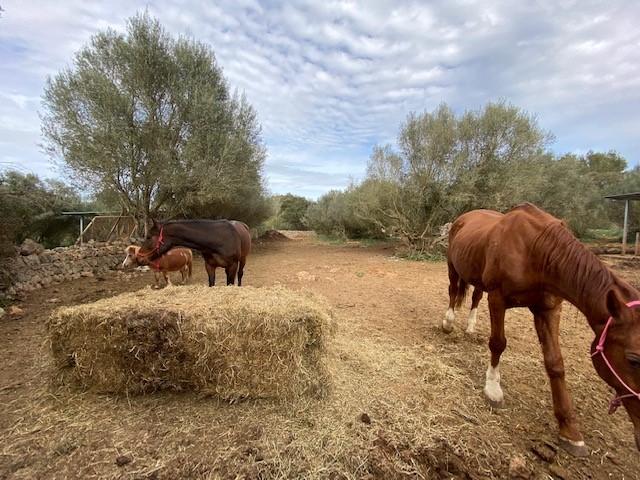 For those who want to know more - Calçots are milder and less bulbous than onions and have a length of between 15 and 25 cm (white part) and a diameter of 1.7 to 2.5 cm at the root. Planted in trenches, like an onion, as a single bulb, and successively increasing the depth of the soil around the stems throughout autumn and winter they sprout into 4–10 shoots, roughly the shape of small leeks or scallions. 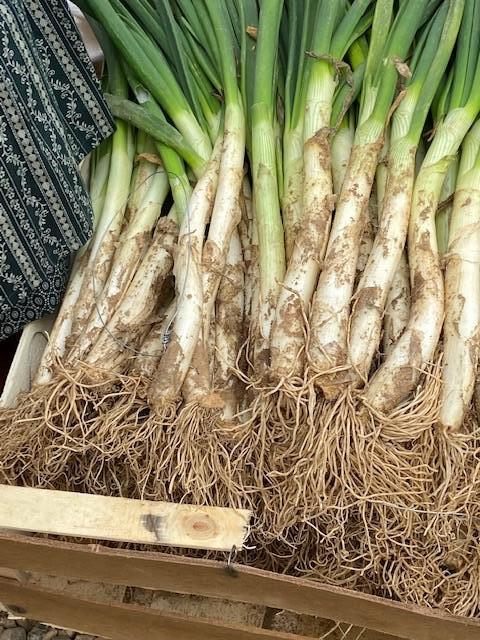 The origin of the calçot and its cooking method is in the town of Valls, Catalonia, Spain, where an annual event celebrates the harvest of calçots. Nowadays, thousands of gatherings centered around the calçots are celebrated around Catalonia and in the Balearics. In these events, they are grilled over a hot fire, wrapped up in newspaper, served on terra cotta tiles and eaten, after peeling with bare hands, by dipping them one by one in Romenesc sauce. 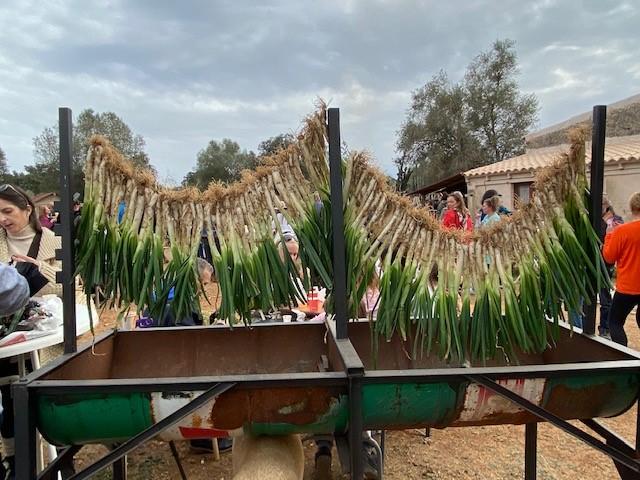 Rosti with apple sauce was being cooked over another fire and all that was finished off by great cupcakes. It was an unusual Sunday lunch but we were accompanied by great live music and a great atmosphere. Caro and Tony of Caro Spiller Music in Soller had also travelled over and got the place rocking. 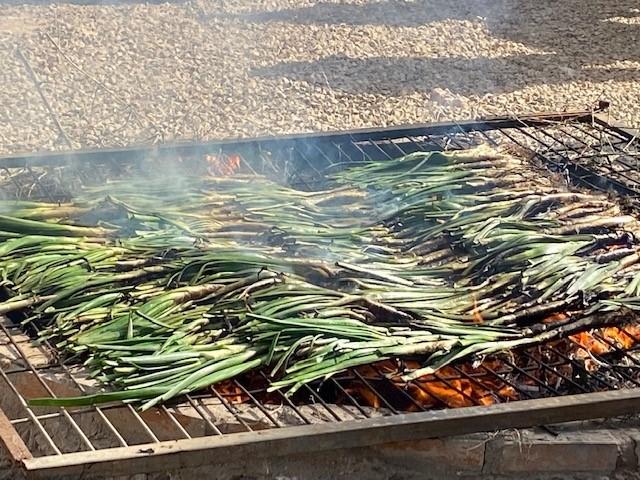 We had an adventure and will look out for more of these events as their season is still around for another month or so. The trick is to get your hands dirty and go for it!
We were delighted to have been able to do this in great company, good music and a charity worth supporting.