Quaking with the Phoenix

By April, a perennial and often overlooked grass will be back in abundance across the island, quivering or quaking in the slightest of breezes, where its purple and green, heart-shaped flower heads will hang from delicate stems. 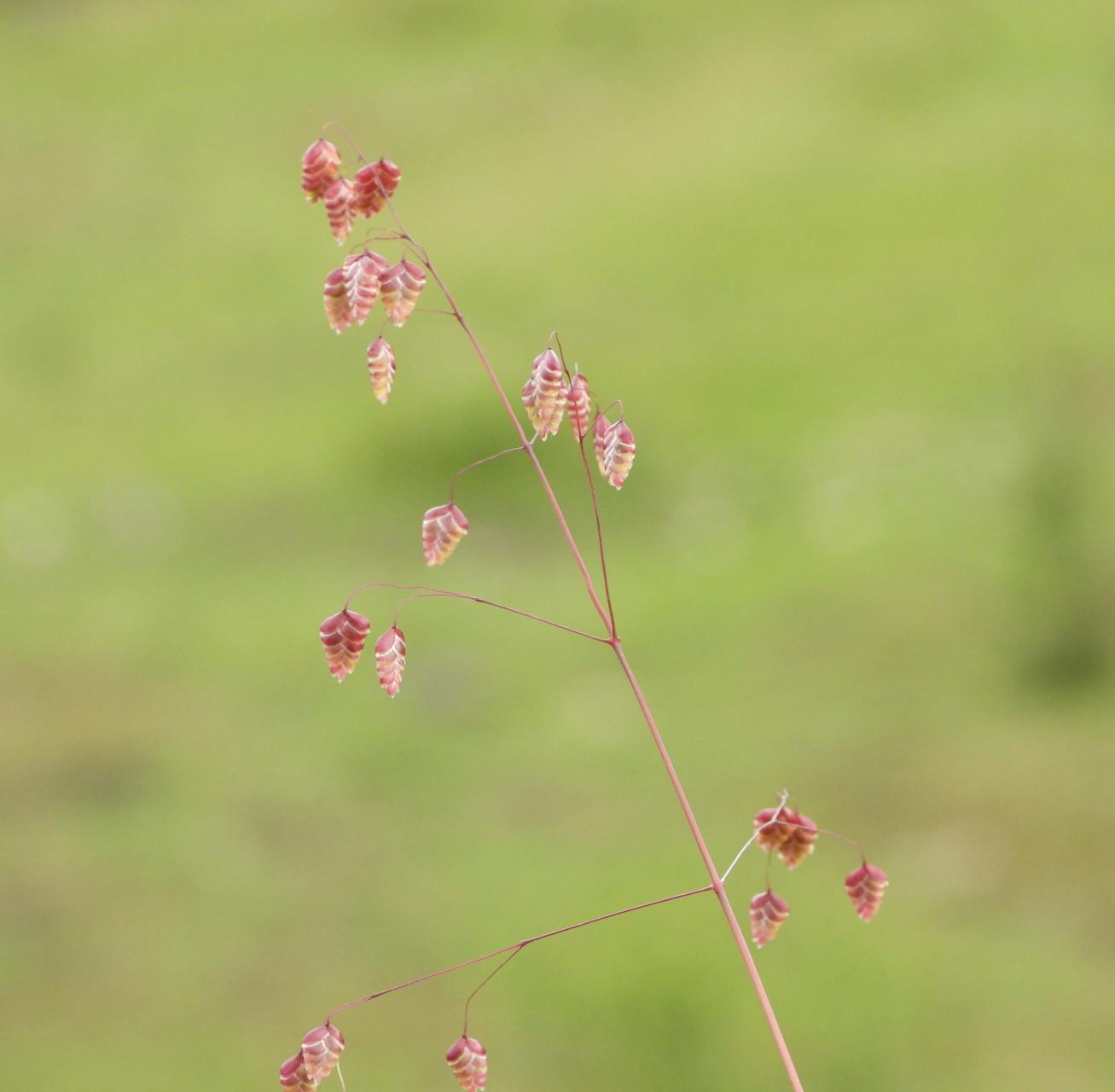 They are named because of the spikelets of open flower clusters and dry seed heads (which make the rattling sound), borne on long, slender stalks that quiver and shake. It grows very well amongst garigue, pastures, cultivated land, and roadsides, and is often used in dried flower arrangements. There is a Lesser Quaking Grass (Briza minor) that can sometimes occur too, and is much smaller.

It can grow to a height of 60cm and is a genus of four species in the family Poaceae. For a grass, it is actually a beautiful specimen, having thin stems with hanging pale-green flowers which can look like raindrops as they catch the light. For me, I enjoy lying on the ground to take a close look at the seed heads, especially when I am trying to take a close-up photograph. It grows in most well-drained, fertile soils in sunny areas. 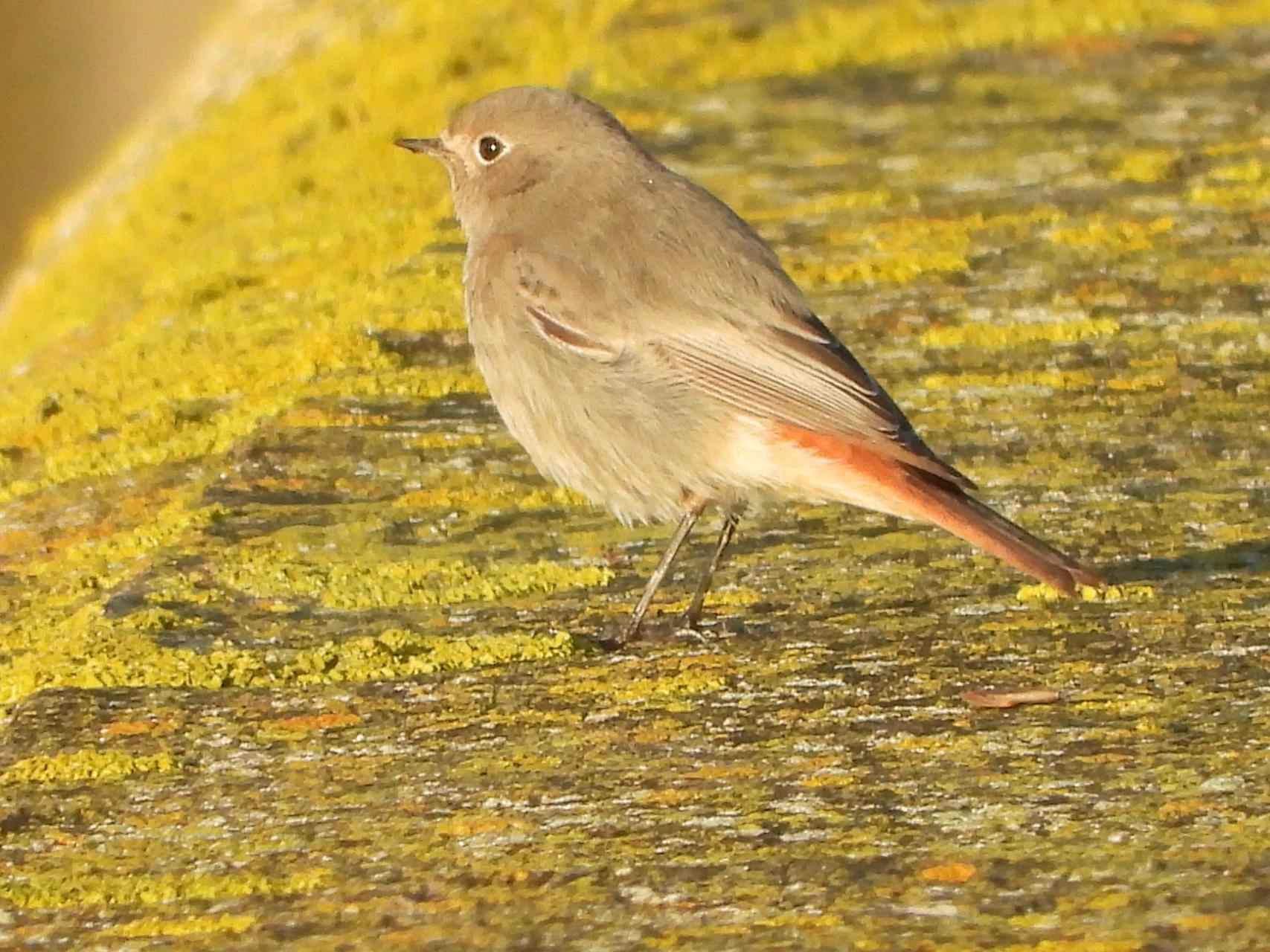 The seeds will be an excellent source of food for small birds such as the Goldfinch, Chaffinch, Greenfinch, Linnet and House Sparrow. So, look out for this species as the year develops, and once the seeds appear, take a closer look at them and see for yourself why they are described as ‘looking like raindrops’ - and give he stems a gentle nudge to listen to the seeds above rattle.

One winter visitor will soon be heading off on migration, as it leaves Mallorca to return to its breeding grounds across Europe, but whilst it has been here (in good numbers), it has delighted birdwatchers and residents alike with its flash of bright red in its tail. The Black Redstart (Phoenicurus ochruros) can be seen all over the island, from the coastal scrub area, amongst the orchards, in the fields with a good scattering of vegetation, to the lower slopes of the Tramuntana’s. Characteristic, energetic and even boisterous, this small dainty bird is always a joy to see. 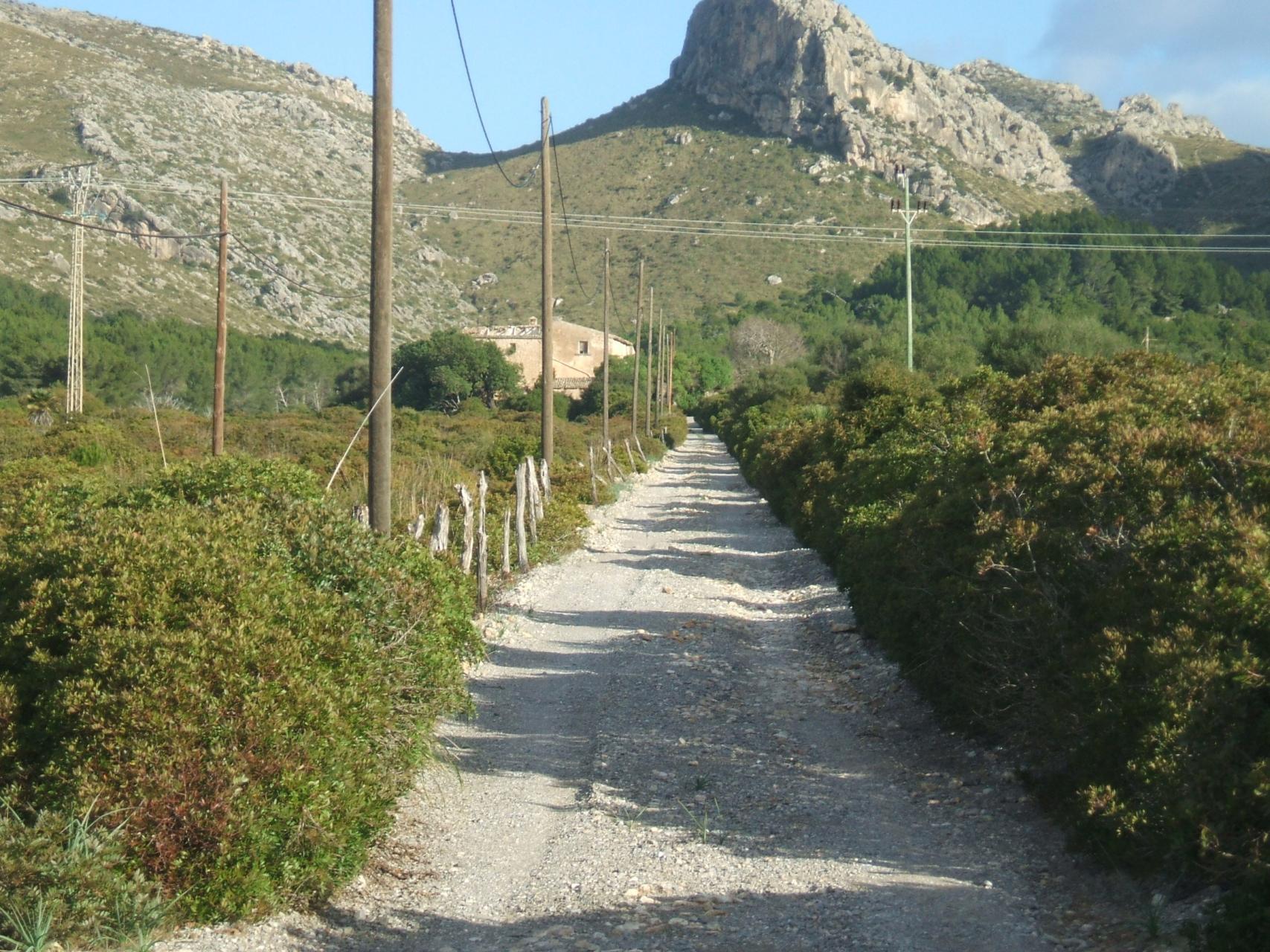 The first formal description was by the German naturalist Samuel Gottlieb Gmelin (1774) with the genus Phoenicurus introduced by the English naturalist Thomas Forster (1817). Both parts of the scientific name are from Ancient Greek, and refer to the tail colour. The genus name Phoenicurus is from ‘Phoenix’ (red), and ‘ouros’ (tailed), with ‘ochruros’ being from ‘okhros’ (pale yellow). Phoenix is of course associated with the legendary bird, which dies in the flames so that the next generation can be born.

The word is also associated with Phoenicia, a Mediterranean state where purple dye was produced from the Conch Shell. 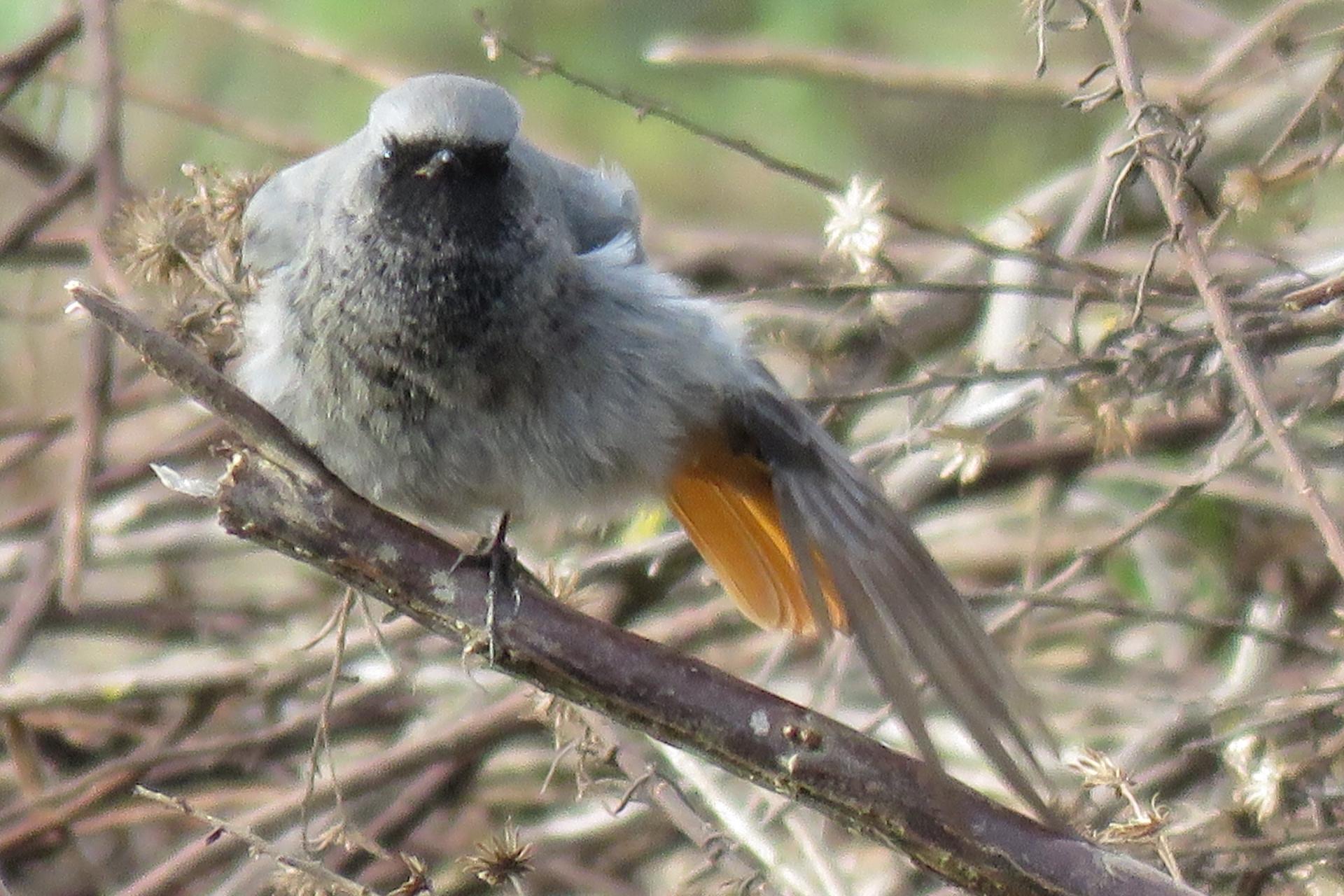 The contact call is a ‘sit’ sound. By the spring, the adult male will have a dusky slate head, back, wing coverts and underparts. The wings are brown-black with an off-white panel. The centre of the belly is greyish-white, with the vent and undertail coverts an eyecatching orange. The rump and tail are chestnut with the central tail feathers and the tips dark brown. After a fresh autumn moult, the plumage colours become muted by pale feather edgings, and the wing panel becomes a brighter white.

The bill and legs are black. The female has a dull, grey-brown body plumage with the orange areas less bright than on the male, and the wing panel is buff in colour. She does however, have the noticeable red tail.

A common feature of both sexes when perched, is the tail flicking action - the word ‘start’ actually refers to this action, and the bright red flash of the tail is very noticeable, even in flight, and is an excellent identification feature. In flight, their silhouette can resemble that of the wintering Robin. On occasions in the winter, I have seen the Black Redstart in good numbers, every turn along a track seemed to produce one. In fact, the picture of the one with the wing outstretched I actually took whilst sat in a car in Felanitx.

I was waiting for a guest to come out of a shop, and in some low scrub on the side of the road this bird was feeding away quite contently. But soon, they will be gone from the island until next autumn, replaced by the Common Redstart and the summer warblers who will enjoy the same habitat as much as the Black Redstart and Robins did. Safe journey little birds.