Laura McVeigh, the best selling author who lives in Soller tells her story

The Soller Valley is a cultural goldmine. Many live off the radar and have no desire to be anything other than a local neighbour. Sometimes, even for them, the lid is raised and we realise what talent is around. A major book launch in Palma last week pulled Laura McVeigh into the front and centre of our world and I was fortunate enough to talk to her. Laura lives between Soller and Deya, after discovering the Valley by arriving on the Soller Train. She was captivated from minute one as the place for family life and a writing career.

Laura had a huge life before putting down roots in Soller. From a wonderful Northern Ireland childhood in Rostrevor on the Carlingford Loch, the wider world was her focus. A time spent learning languages (amongst them Irish, French, Spanish, Italian and Catalan) she travelled extensively in a variety of journalistic and charity roles. University life in Cambridge happened and then London with her own media start up business. Politics introduced her to her husband, motherhood and her own family life.
Prior to writing her debut novel Under the Almond Tree, Laura was Executive Director of PEN International, the worldwide writers’ association campaigning on freedom of expression issues. Director of the Global Girls Fund which supports girls’ empowerment, equality and access to learning and education worldwide. She is an alumna of the Royal Court Theatre Young Writers’ Program, a Fellow of the Royal Society of Arts and also holds an M.Sc in Global Politics from the University of London.
Travel and languages is at the core of Laura’s being and have allowed her to meet people and experience life in a different way. Her own travel writing springs from this source and articles outlining her adventures are published regularly. She believes that travel writing was a comfort to many during Lockdown. People couldn’t travel but they could read and research the places they would go again in the future. As the Soller Valley fills up for the season of 2022 it will be, in part, because glorious anticipation has brought them back. No longer a dream or a hope, but reality. 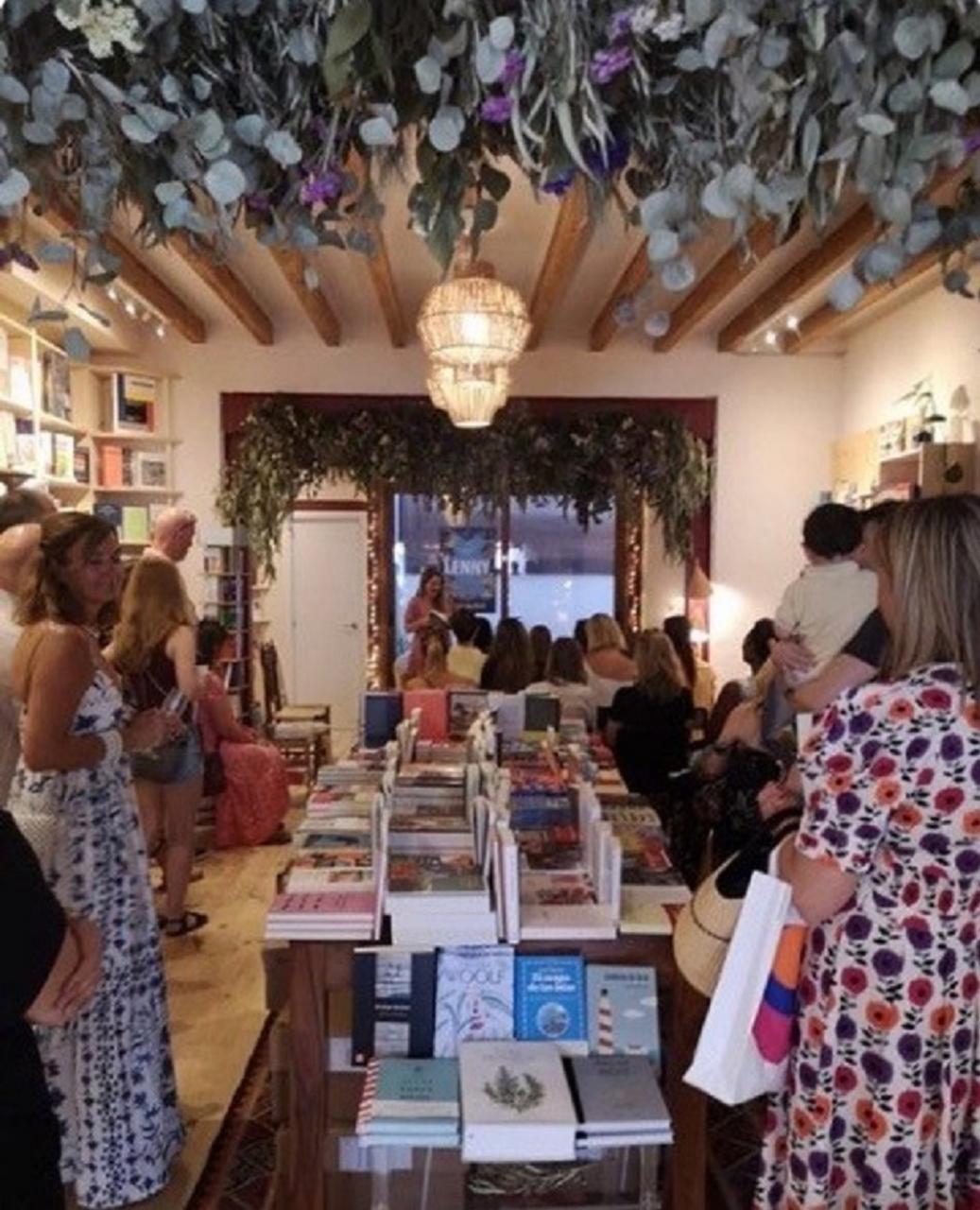 Under the Almond Tree was launched to critical acclaim and became an international best seller. It has been translated into 10 languages worldwide and the launch of her second book has been widely anticipated. Lenny is a story which takes you from Libya to Louisiana and is described like this. ‘A fearless and hugely imaginative novel which perfectly captures the essence of a troubled childhood’.
This is where we are today as Lenny has been published and was launched in the La Salina Bookshop in Santa Catalina, Palma. La Salina bookshop is a great addition to the international bookshop world of Palma. This wonderful world of books can be found at Carrer de Bayarte, 21, A in Palma. It is a newly opened bookstore run by the Publisher and Editor, Marina Alonso de Caso. Marina has been working in Berlin and Paris as a publisher and recently returned to her roots in Mallorca. She is a huge supporter of talent and was honoured to host the book launch of Lenny. 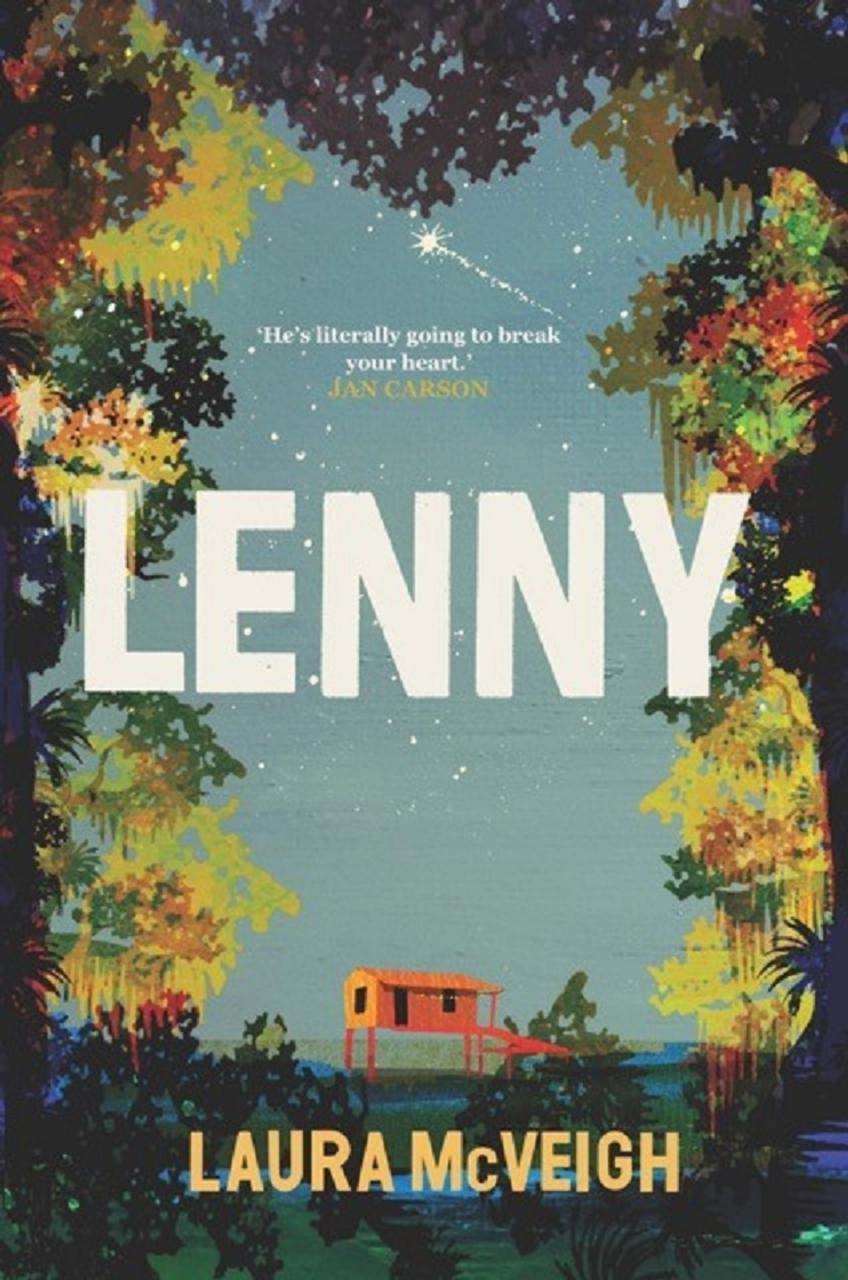 Book Clubs have already grabbed this book for their considerations of the summer. Local friends are delighted to be reading the work of a local author. It adds even more charm to the occasion. Since 2015 Laura has lived in Mallorca and works from her home in the Valley. Her day starts with the school run and normal life chores. Her other world is as a visionary, creating stories, working on film scripts, and being part of the charitable world to do with girls’ education which she is so passionately involved with. Her workload starts with the most pressing work of the day and there is no set routine. Editing her recent publication was very structured work, a fact that all published writers know about. She is enjoying the moment and opportunity right now, to move from one subject to another as the spirit moves her. 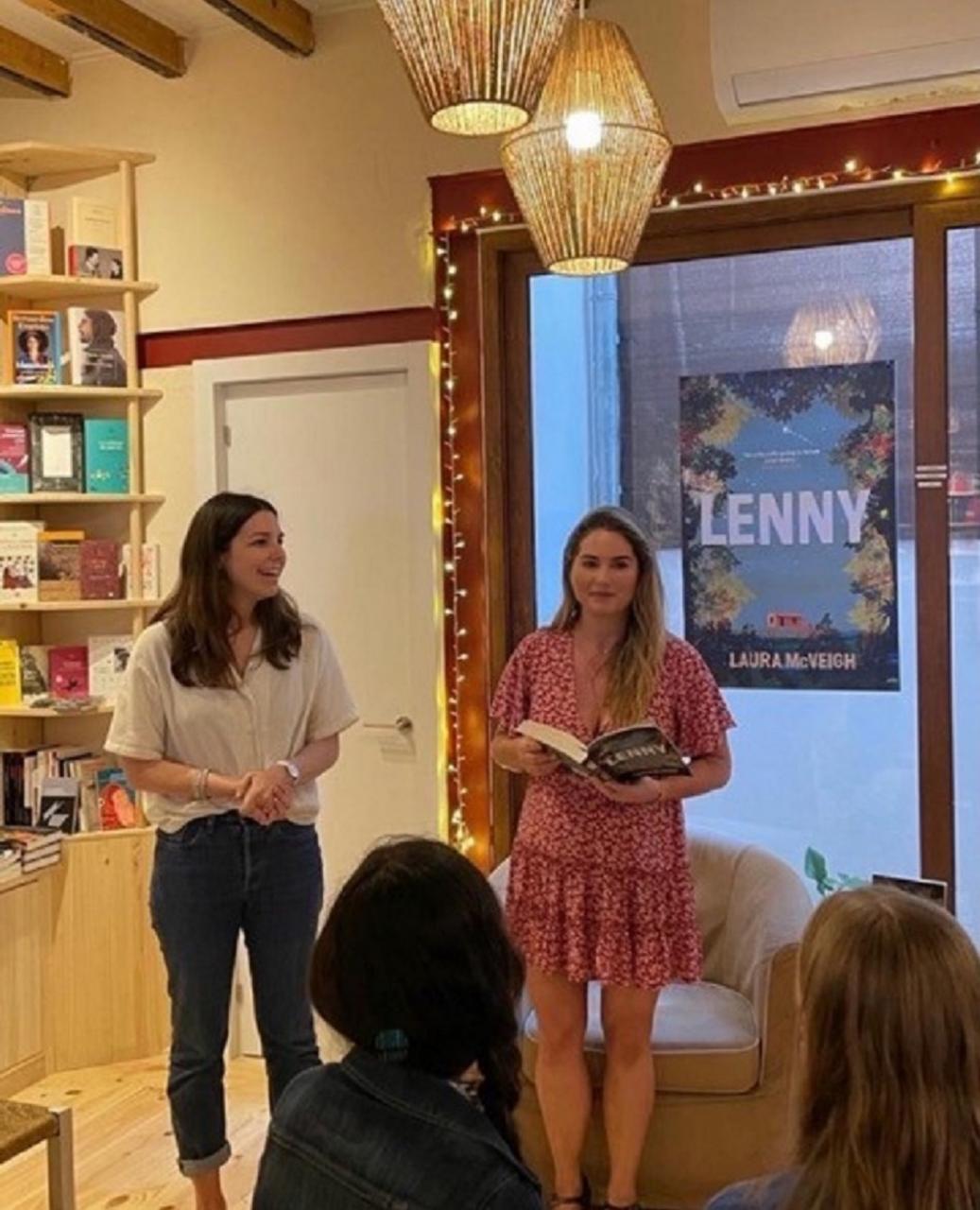 Laura comes from Northern Ireland and is now living on ‘small Island’ Mallorca. She has travelled the world and has a home in London. Capital City living has wonderful attractions and it is exciting to move things forward in charity terms from London. Nevertheless, her heart remains stubbornly here and is a tribute to her early years and the creativity she enjoyed in the Northern Irish context. She is delighted that NI is having its moment right now and its writers, authors and actors are enjoying having the light of acclaim shining on them.

Life in Mallorca continues to inspire Laura and there are many more publications to come. Whether this is in a film version or more printed words remains to be seen…