Mallorca has so much talent

My passion for theatre has grown and the need to write

Kathleen Bendelack is a creative tour de force who, after over 30 years of living, writing, producing, acting, casting, coaching and directing in Mallorca, continues to get frustrated with the island’s inability to recognise and champion the wealth and depth of local acting and artistic talent.
Kathleen originally hails from Cambridge, but admits that her rather black sense of humour and approach to life comes from her northern English genes.

Her first experience of Spain was working in Madrid and during that time she popped over to Mallorca for a holiday and, needless to say, immediately fell in love with the island and a Mallorcan, who became her partner and led her to settle in Palma.

Since moving to Mallorca, Kathleen has never stopped working in the world of performance art.
“I have always acted from a very early age, but I never actually went to drama school, I learnt it on the job and that is the case with many people in the industry.

“Drama school is not, and does not work, for everyone. The same can be said for many ‘jobs’. You quite often learn more and better while learning on the job and that is what I did and continue to do,” she said.

Kathleen’s CV reads: four scripts for TV (Monuments); one documentary; script and interview with Casta (leading Mallorcan comedian); 12 plays for the stage; one series (eight episodes) Romcom; three short films (The Lying Truth), which was selected for the Evolution Mallorca International Film Festival; two children’s books; and one musical. And that is just the tip of the iceberg.

One of Kathleen’s great passions is Shakespeare and introducing young children to the works of the great playwright. She has written and produced specially adapted versions of Shakespeare’s most famous plays for the Mallorcan audience, both young and old, which have been staged at the Auditorium in Palma as well as in numerous local theatres in the Balearics and, of course, in schools.

Kathleen’s brother is the filmmaker Steve Bendelack, who was originally an assistant to Peter Fluck and Roger Law on the satirical TV puppet show Spitting Image before going on to direct the show in later years as well as the feature films The League of Gentlemen’s Apocalypse, Mr. Bean’s Holiday and The Harry Hill Movie. He also directed the first series of Friday Night Dinner and the mini-series Ill Behaviour.

“If anything by brother is my biggest critic.”

For Kathleen, the theatre was put on hold by the pandemic, but she has recently written, illustrated and published two children’s books. 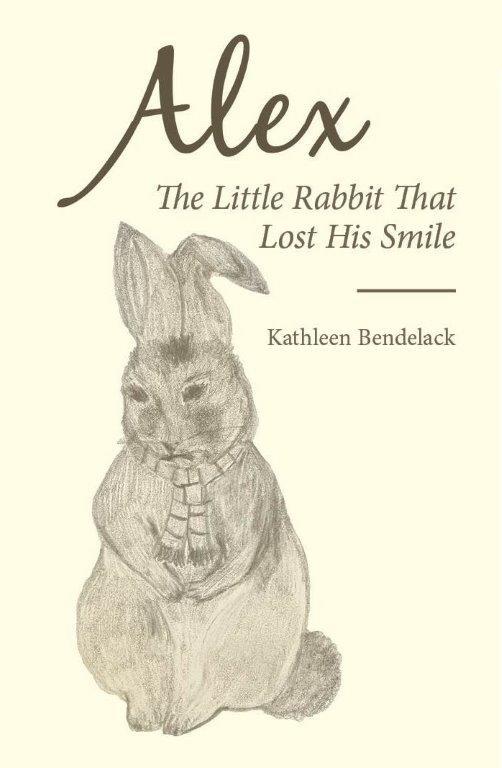 The first, which is published in English and Castellano Spanish, is a story which has been written in a format so it can also be acted out as a play. It is called The Little Rabbit That Lost His Smile.

“It is book that contains positive messages for children, including the importance of family values. The main character is the little rabbit Alex. He gets lost in a forest where he asks other little animals about his family, such as Gusi, the worm, Bert, the bear, or the fairy. They in turn give him advice, positive messages of self-confidence and belief in himself, which help him to eventually be reunited with his family. It is a book to read, but it also has a theatre format. It can be performed, which forces the child-actor to learn the text, to interpret it, to speak, to create. And it can be performed in English and Spanish. The book also encourages children to make their own costumes, recycling old plastic bags, clothes, etc. and to think about how many child-actors are needed to perform it. Four main actors and as many supporting actors? It encourages them to think out of the box, be creative and have fun while they learn the simple yet important things in life which will hold them in good stead as they grow up,” Kathleen explained.

“As we emerge from the pandemic one thing which has struck me is the increase in mental health issues which young people are having to deal with and at a very early age. The suicide rate has risen, for example. I fear that during the pandemic and to a certain extent thanks to social media and online games etc., a number of young people have got a little lost.

“It’s been a traumatic time for people of all ages. Everyone had to juggle their lives like never before and sometimes it was young kids who got lost amongst all the mayhem. I fear that good old fashioned values have disappeared.

“Youngsters need their confidence back, they need to realise that with the right tools things will work out one way or another. But they need to believe in themselves and others around them. And while school work is important, it’s not the end of the world. We all need to be aware of what’s happening around us in the world and understand it so that we can deal with it in a positive way, confront situations and overcome them, and this is the message I hope to get across with my two books. The second, which is about to be published soon, is Fizzy & Dizzy Do A Good Deed, a story about giving is better than receiving, and both books, also illustrated by me and again in the two languages, can also be performed in schools or in the theatre.

“I guess it reinforces my message to young people with good wholesome values and caring about people’s well-being. It’s not always a question of how well you are doing at school, it’s quite often more of the question ‘how are you doing?’” she stressed.

So, how is Kathleen doing? Well, working non-stop. She has a number of completed new plays and TV scripts, one being a romcon set in Palma, but this is where the frustration sets in.

“As always, I’ve managed to bring together a fantastic cast, all of them based on the island and from all walks of life and nationalities, not to mention the musical score and sound tracks. The depth of talent on the island is amazing, but to a certain extent it is a closed shop, especially when it comes to trying gain access to the main theatres.

“Funding is always a challenge and there seems to be a reluctance to give new local talent a break, and there is so much of it in Mallorca. But many of theatres prefer to play it safe with big names from the mainland, more often than not famous TV stars who they know will bring in the crowds. But they’re often very shallow productions more led by celebrity status instead of quality theatre,” she said.
But that has always been the case and it certainly is not stopping Kathleen from pushing ahead with her many projects for stage and TV. While she would preferably see them produced in Mallorca, the latter, while based on the island, she feels deserves a more global platform which in turn will only benefit Mallorca and give local talent the boost it merits.

Apart from all the other projects she is working on, the big one at the moment is a TV series called the Bendelack Sisters. She has filmed a pilot and is now in talks with leading producers on the mainland.
“The Bendelack Sisters hilariously revolves around the lives of two sisters, one very passive and the other quite posh. They both live in a block of flats in Palma, with the passive one filling her house with boyfriends and parties, while the posh one tries to look good with everyone, despite which she can’t avoid conflict with the community. To make matters worse, the girls, whose mother was English and an orphan, have their father, who is Mallorcan and in prison. It’s a real coming-together of all the different nationalities and cultures on the island. It is very focused on life in Mallorca and how mixed, diverse and therefore entertaining and amusing the community is. It pivots around two very different sisters and a clash of cultures - Cuban, English, Mallorcan, German, African, South American, etc. - and I really want it to work,” she said.

“And as I have stressed, all of the cast have been locally sourced on the island and they are wonderful, excellent, so it will be a great showcase. But like all these projects, I need backing, support and funding because it deserves to be screened on a large platform,” she added.

“I consider myself an actress who has the ability to create interesting stories. Humour helps deliver messages that contain both dramatic and bitter truth.

“My passion for theatre has grown and the need to write. I could not think of life without creating. Stage is a magical feeling. The rush - pain - satisfaction is ... wow! It’s a huge achievement when l have inspired a child with Shakespeare or Dickens (the classics) that are true and very much alive!,” she said.

The Little Rabbit That Lost His Smile can be currently purchased through editorialcuatrohojas.com and eventually Amazon and bookstores across the island.