The Operations Manager of Port Adriano, Isabel Teruel, can remember visiting the port with her parents in 1992 for the opening celebrations. “There were fireworks,” she tells me as we sit in her office overlooking the marina. The port has been in existence in an official capacity since 1974 but had just been expanded and relaunched for the first time when the teenage Isabel enjoyed the fireworks display. 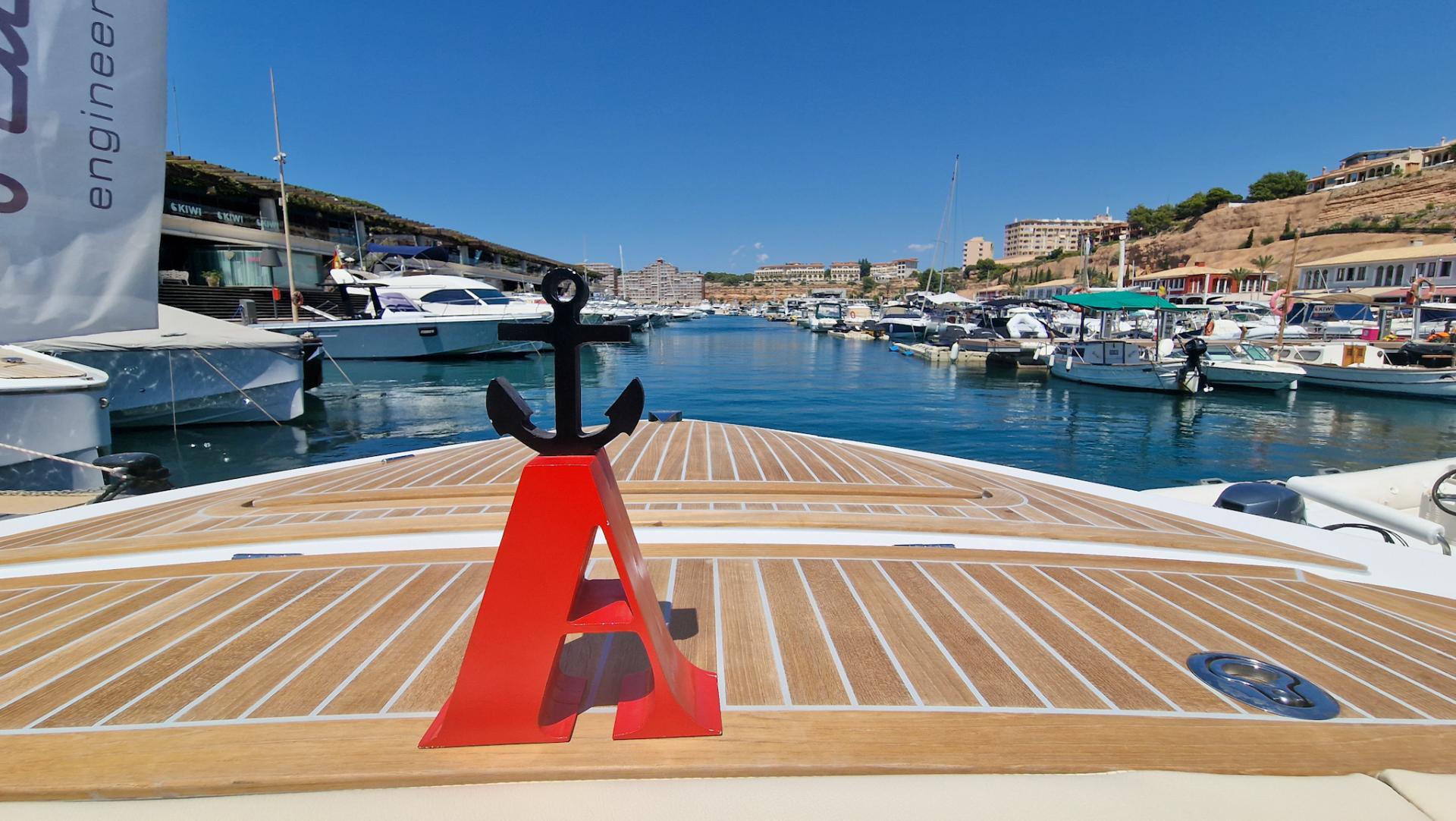 It was four years later in 1996 that Isabel landed a job working for Ocibar, a Mallorcan company that constructs and manages marinas and slipways. It has a network of ports in four strategic locations in the Mediterranean: Port Adriano (Mallorca), Botafoc (Ibiza), Marina Santa Eulalia (Ibiza) and Port Tarraco (Tarragona). Found to the southwest of the bay of Palma de Mallorca, near the best sailing areas of the Balearic Islands, Port Adriano is one of the most important ports in the Mediterranean. It has a total of 488 moorings between 6 and 80 metres and a modern shopping area designed by the prestigious Philippe Starck. 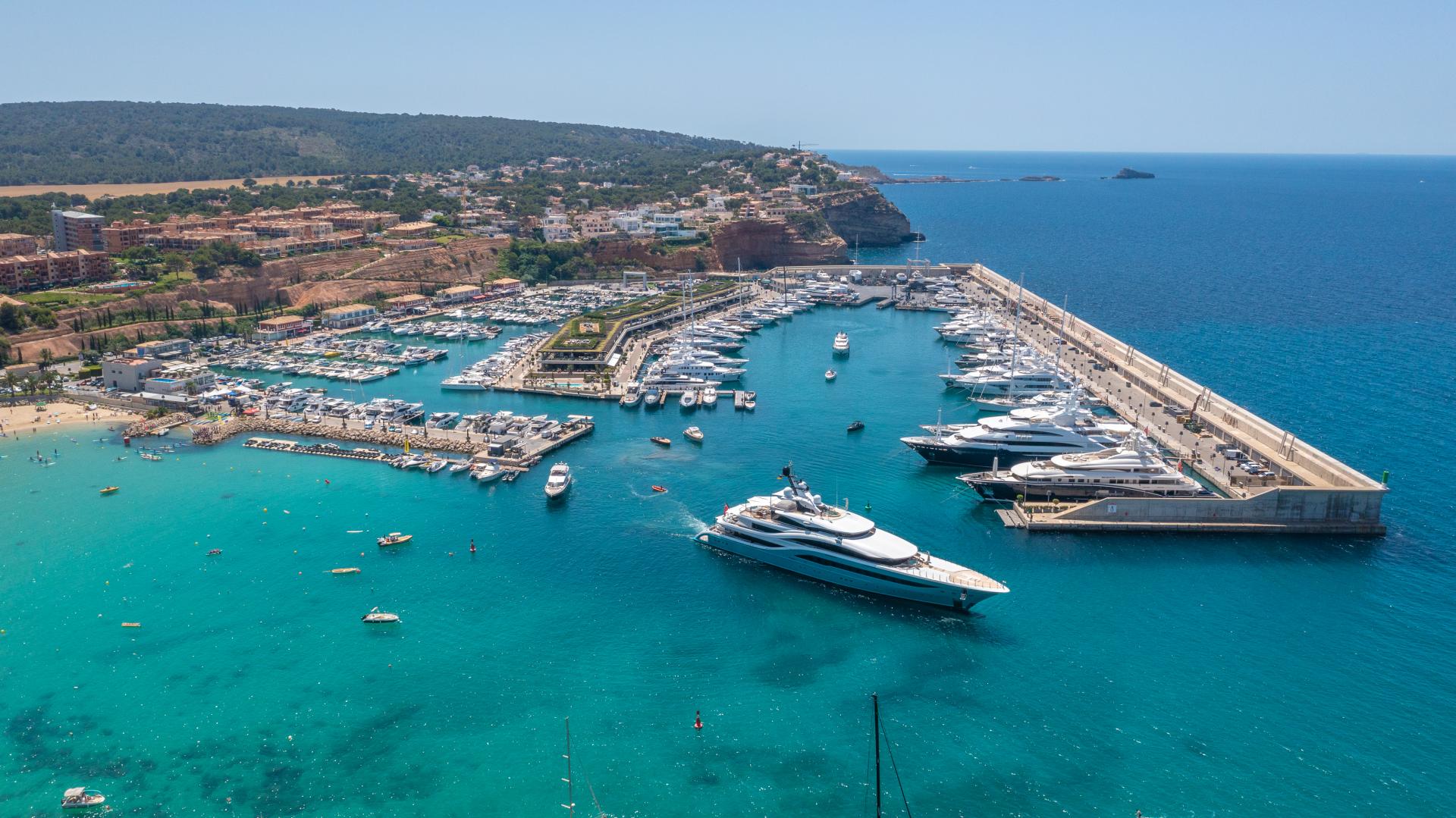 “They were looking for someone who could speak German because they had an increasing number of German clients. Firstly I was at the reception attending the clients, and then I moved to accounts, and then I was promoted to manager in 2008.” Her promotion coincided with the beginning of a four year period of development for the Port to what we know it as now. What was the process like? “They could only construct in the winters, but it was exciting to see it come together and see how it was going to work. It was officially completed in 2012, and we started to host music events every summer from then on so it is our ten year anniversary this year.” 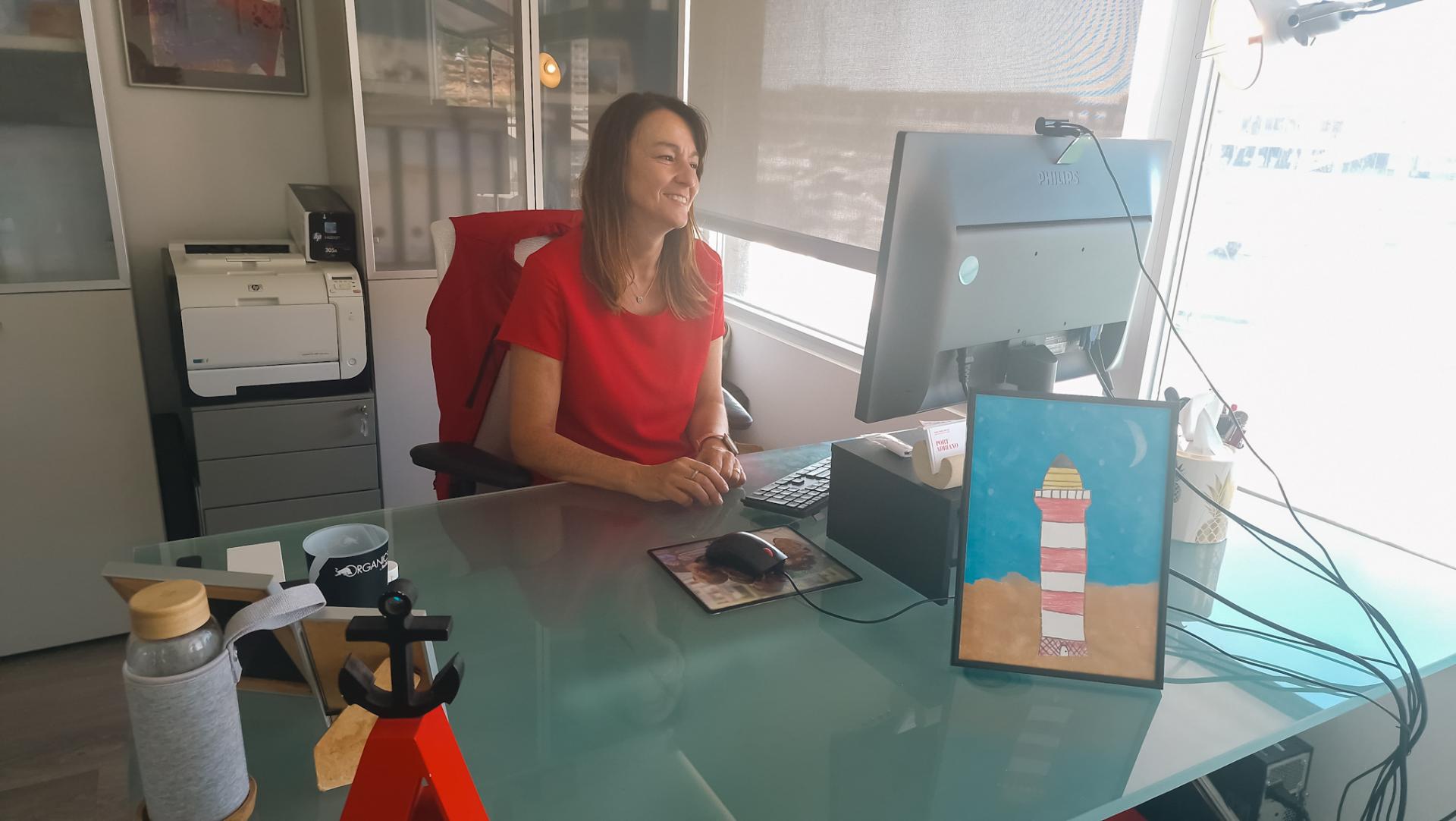 The design of the Port by architect Phillipe Starck attracted interest, but a decade on has it worked? “I think so, yes, many of the businesses that opened with us in 2012 are still here. We did have the problems of COVID like everyone, so that had an impact, but by and large it has been very successful”. 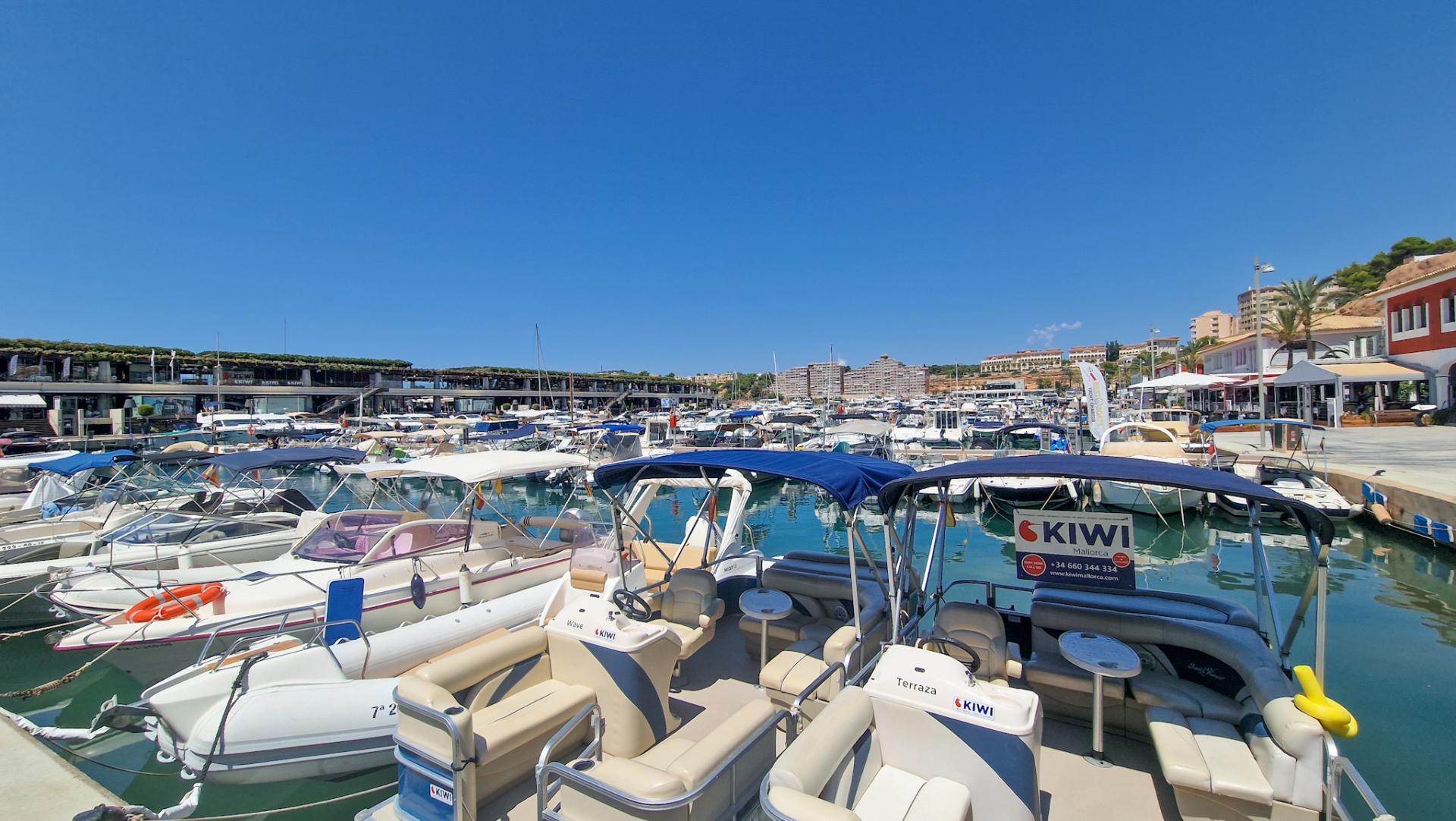 Port Adriano has moorings for boats from 6m to 80m meaning it attracts a wide range of vessels, and very different clients. “They all seem to get along though,” Isabel tells me, “It is a good mixture of people.” The sheer scale of the Port can be misleading as it can feel quite empty but when you consider the sea wall is half a kilometre long you start to realise that we are just tiny in comparison. Not only does the Port serve as a base for yachts but it also hosts many restaurants, shops, bars and even a gym. “You can do a lot of things here, you can learn to sail, to jetski, to dive, to paddle surf, and then of course we also have our events calendar”.

You can find out more about Port Adriano at www.portadriano.com

It’s the events calendar, I say, that I have always found to be very impressive. The Port has booked many well known acts over the years including Gloria Gaynor, Earth, Wind and Fire, Kool and the Gang to name but three. Outside of the height of the summer season the Port is also busy organising and supporting local community events and offerings to attract visitors to the Port. “We have a culinary event in November where you can come to try set menus in the restaurants, so if you have not tried eating here, then I would recommend that you try to come. The menus will be at a good price and it is a great way to support a business in the Autumn and also try it out.” Of course as well they are the venue for many regattas which are fun to watch,and there is an American Car Show with pin up girls and swing music, and a Drive in Movie event in collaboration with the Evolution Film Festival. “We are always open to anyone who has an idea, if you have an event you want to organise here then get
in touch and we can talk about it.” 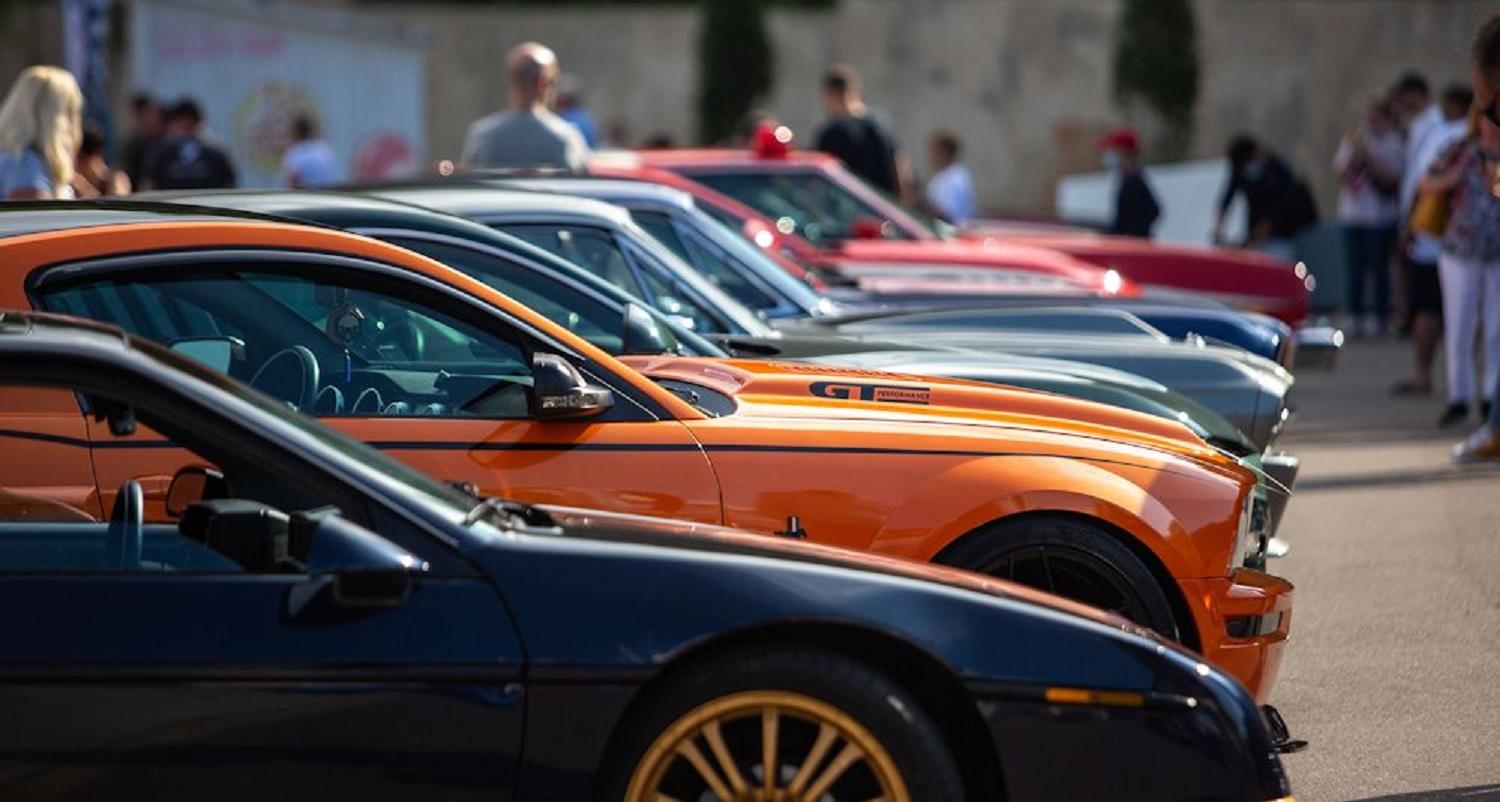 Isabel speaks to me with a clean and crisp British tone, despite having been born and raised on the
island, save for a brief spell back in the UK when she was very little, she has always lived here. Her
father is Spanish and her mum is from Cheltenham, which explains the accent. Living first in Palma
and then in Calvia how does she feel that the Port has affected the local community? “We work
very closely with the local population, we always support the El Toro fiestas and we organise beach
clean ups and involve local children to support their education and encourage their own
involvement in the environment.” 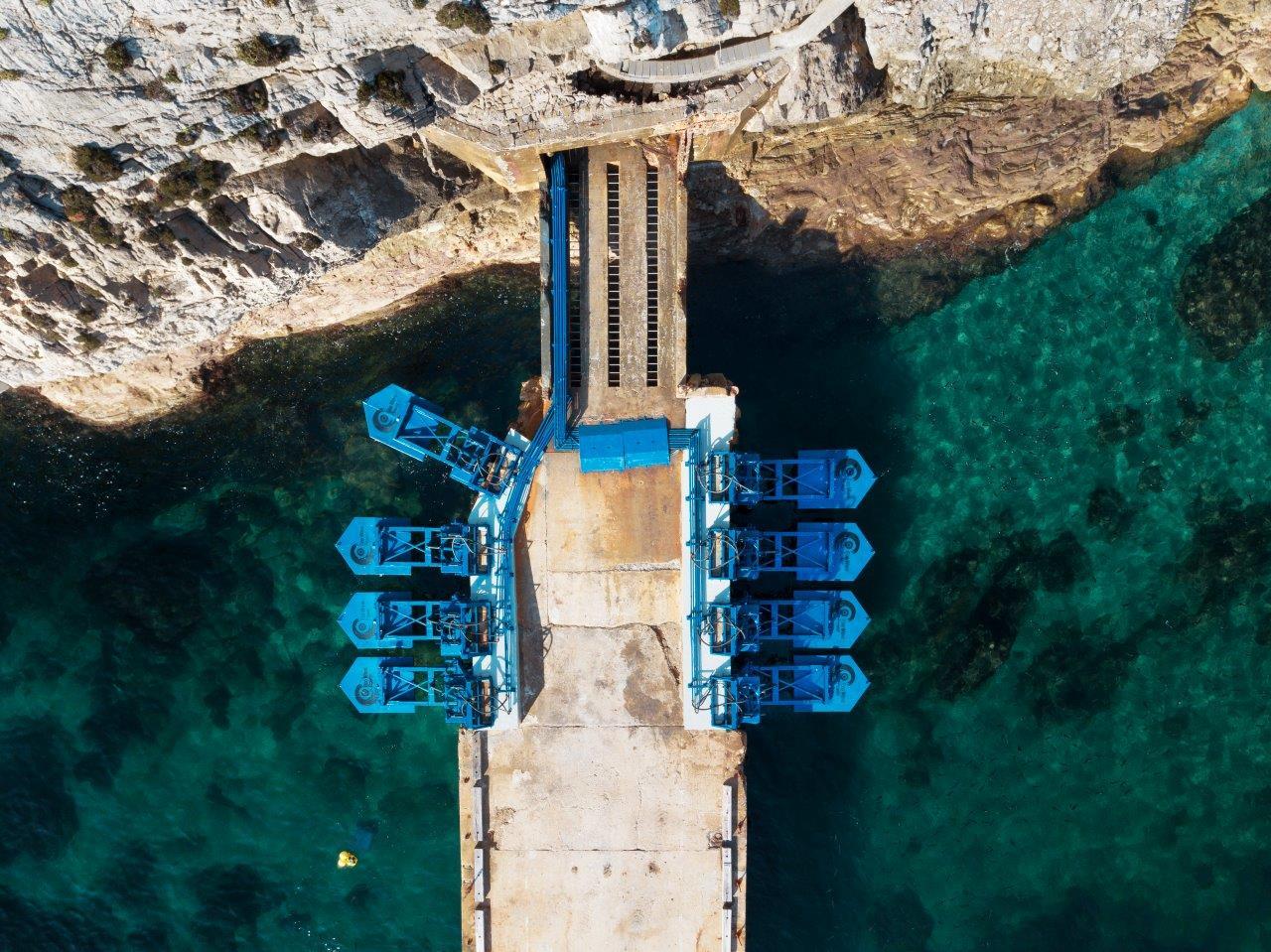 What’s next for the Port? “We are still developing. We are building a huge fountain at the moment
which is in the final stages of construction. It is in the form of a big picture frame and the water will
fall like a sheet from the top and also there are jets at the bottom. The idea is that we will be able
to project images and colours onto the water, but you can also interact with it and walk under it. It’s very exciting to see it being built!

Another thing that is in construction is our Single Wave Power Plant with a Swedish company called Eco Wave Power Global. The aim is for the Port to be powered by Hydro Power. We will also be fitting solar panels this winter which will power all of the shops, but the rest of the energy will be taken from this plant. Like I said, we want to continue to innovate and move with the times, supporting our environment, and all of the local people.”