What is the situation with British driving licences in Spain?

Jason Moore, Managing Editor at the Majorca Daily Bulletin talks to Hugh Elliott, the British Ambassador to Spain about British driving licenses, the validity of green residency papers and relations between the UK and Spain. They also discuss Magalluf, Gibraltar and reflect upon Mr Elliott's last three years in his role. | Youtube: Mallorca Under the Sun

The British ambassador to Spain Hugh Elliott has been visiting the Balearics this week. Despite a very busy schedule, he found time to sit back and talk to the Bulletin about a wide range of issues.

Jason Moore: Ambassador, what is the situation with British driving licences in Spain?
— Hugh Elliott: Let us be clear, we are talking about British residents most of whom have been able to change their British licence to a Spanish one. Those who have arrived more recently or those who didn´t quite get under the wire at the end of the transition period haven´t been able to so and they, quite rightly, have been very vocal on the issue. The change-over period has been extended on numerous occasions and the last one ended at the end of April. This legislation doesn´t affect tourists, they can come here and drive on their British licence. We have been in negotiations with the Spanish government, we had a ministerial meeting last week but we want to accelerate the whole process. We are working very hard to try and get this across the line as soon as possible because we know how important this issue is. Until an agreement is signed, we have asked the Spanish government to allow British citizens to be able to use their British driving licence and we are awaiting a response. My message to Brits who are caught up in this situation is we are sorry, we know that it is causing a lot of difficulties but we are on it and we are working with Spain on the issue." 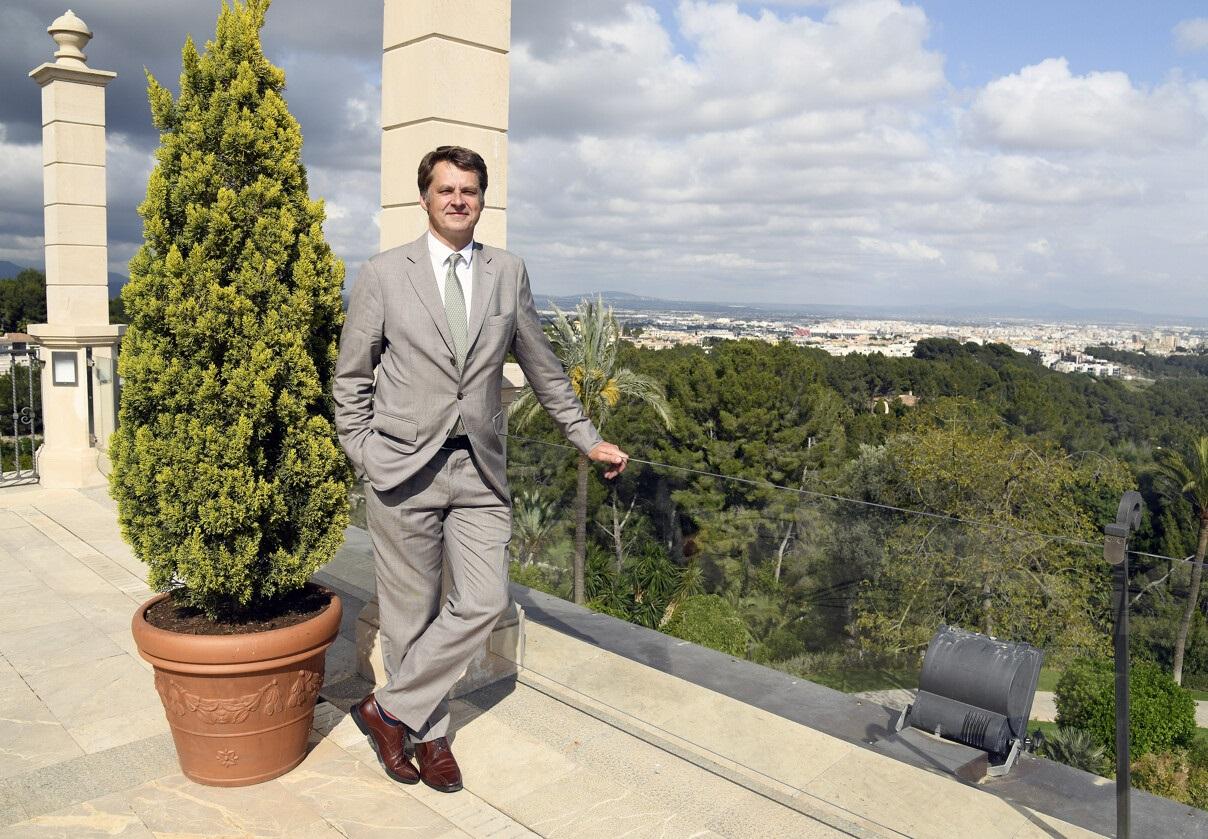 Jason Moore: Is the green residence certificate still valid?
— Hugh Elliott: Absolutely, it is valid. Whether it be the smaller one or the bigger A4 size. We are aware of some cases where it hasn´t been accepted at some borders but this is not right. It is a valid residence permit. That said, we have encouraged British citizens to exchange their green certificate for the new TIE residence cards, which makes your life easier in Spain.

Jason Moore: A difficult time for paperwork in Spain for British citizens, how would you say the whole process has gone?
— Hugh Elliott: It has been a big change for a lot of British people in Spain. Initially there was uncertainty but we have done a lot of work through the Embassy and our Consulates. The vast majority of the paperwork issues have now been sorted out. The driving licence is one of the last remaining issues.

Jason Moore: What are relations like between Britain and Spain at the moment, have they changed at all?
— Hugh Elliott: Relations are very good between Spain and the UK. We have so much in common. There is a lot that goes on, on the business side, Spain is key for British investments and millions of British tourists come here on holiday every year. But the people-to-people links are extraordinary. We have discovered that the number of Spaniards living in the UK is much higher than we originally thought. When I first took up this job I was told that there were 180,000 Spaniards living in Britain, but tens of thousands have now registered and there are a similar number of Spaniards living in the UK as Britons living in Spain and that is just residents. It is a great testament of the important links which exist between both countries. 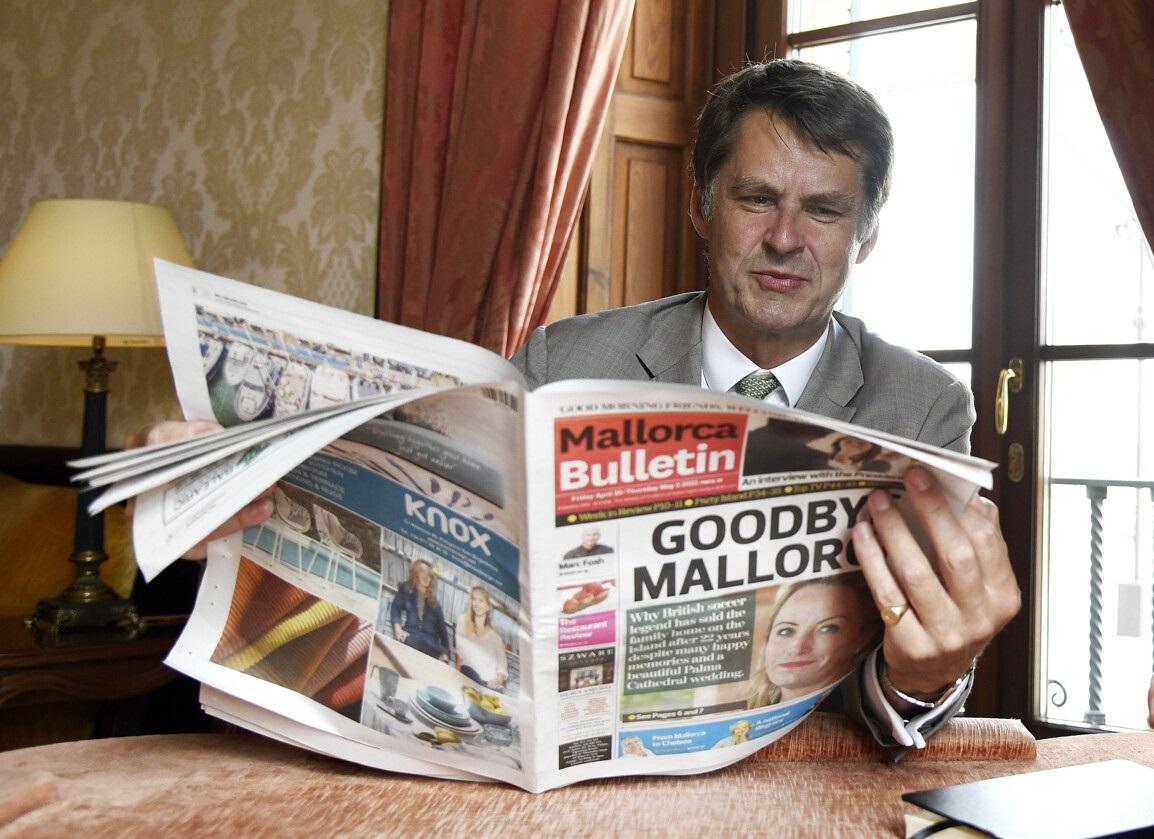 Jason Moore: You have a great relationship with the Balearic government...?
— Hugh Elliott: We do. We have a great team at the Consulate General in Barcelona and at the Consulate in Palma. We have had excellent collaboration with the Balearic government and we are very grateful for it. We work together to ensure that we have safe tourism and Britons living in the islands are looked after.

Jason Moore: And Magalluf.....?
— Hugh Elliott: We want Brits to come here, everyone wants Brits to come here (from the Balearic government, to the Council of Mallorca to the Calvia council) and have a fantastic time and we want them to stay safe. We don´t want them to get hurt. We all agree on that. Before the pandemic there were 24 serious incidents in Magalluf, it doesn´t need to be like that. We launched our public awareness campaign from the UK, a simple message about the risks that they probably hadn´t thought of and in 2019 there was a significant reduction in the number of incidents. Then the pandemic hit. I am told that Mallorca is heading for a good summer season so we have all relaunched the campaign. We are cautiously optimistic and very determined to continue with this campaign and to protect young people and keep young people out of serious harm.

Jason Moore: What about Gibraltar?
— Hugh Elliott: We have been working on the issue of Gibraltar for many months, I have been very heavily involved for some time now, and at the end of 2020 we reached a political deal, which gives us a framework, which now needs to be transformed into a treaty between the European Union and Gibraltar. We are about to have the 8th round of negotiations, we have made really good progress, these issues are never easy. There are important issues to work out on both sides but this agreement has got to be good for everyone. It is not a question of one side giving up sovereignty, obviously that would not be acceptable for the UK government. Gibraltar is playing a key role in these negotiations. We want an area of shared prosperity in and around Gibraltar on both sides of the border.

Jason Moore: You have been ambassador for three years....
— Hugh Elliott: It has been an unusual three years because of the pandemic and a lot of people have suffered in different ways. I think our team across the Embassy and the Consular network have done an extraordinary job to help British citizens both tourists and residents, in times of great difficulty. The dedication and commitment from our team in Spain has probably been the highlight for me of my three years as British ambassador.

Homes to love and live in

Strengthening resilience in nutrition and food security on the African Continent

We want Brits to be safe too. And to not be bothered with getting a Spanish driving licence when we live here, pay silly taxes, or be subject to your stupid laws. We're English. And even when we're just visiting, we want to be free to boogie till we puke, start trouble with foreigners, shag the nearest skirt, and be able to tell the police to bugger off. Really, is that too much to ask?