Nordic Spotlight: No August without a crayfish party

A month of traditions and harvest

August traditions in the Nordic countries are a lot about crayfish party with a special cheese pie and alcoholic snaps. | Jessika Ekman

Another 10 days and August comes to its end. August traditions in the Nordic countries are a lot about crayfish party with a special cheese pie and alcoholic snaps. I’m sure if you have a Swedish friend, you have been invited to one. It’s a genuine experience. You must put a silly hat on, and we sing a special song before we take the snaps. My family went all in every year and even did their own fishing.

I was brought up by a lake in Sweden where my parents had one of very few permits for crayfish fishing. I still remember when we went out with the rowing boats to toss the crayfish mares in and then later with flashlights in the dark August nights went out to collect the black gold. In my house we dropped all the crayfishes in the bathtub in wait for the chef to wake up and prepare them according to our family recipe with dill and beer. People came from near and far to help both with the fishing and the eating later, it was a true folk feast.

It only took a couple of years for me to start protesting for the animal rights as I thought it was dreadful to put live animals in to boiling water and by the age of 8, I started protesting by releasing the crayfish before my parents got up to get them in the night and refusing to eat them later. I have not eaten one for the past 20 years. I love traditions though and the cheese pie, and we did have some fun games with the party and each year we did a funny hat competition where the winner got a silly prize of a fake golden crayfish. And the winner got to keep it in his or hers home till next year and next competition.

In Mallorca the Nordics can normally buy their crayfishes in the Scandinavian shops but the real thing is to import them yourself in a suite case direct on the charter flight over. When I was working for a Scandinavian tour operator, we even got them delivered with the company flight mail from the head office in Stockholm.

In Mallorca, August is a long warm month when the office people often go for holiday, and it is impossible to get a hold of anyone to do business with. It is also the month then the harvest of Carobs is ready and the harvest start, and this year to extreme high prices.
When I arrived in Mallorca, I got taught by the local guides that the island is known for the Almond trees and at that time the island had around 7 million Almond trees but now 20 years later what is worth growing on the island is Carob trees. 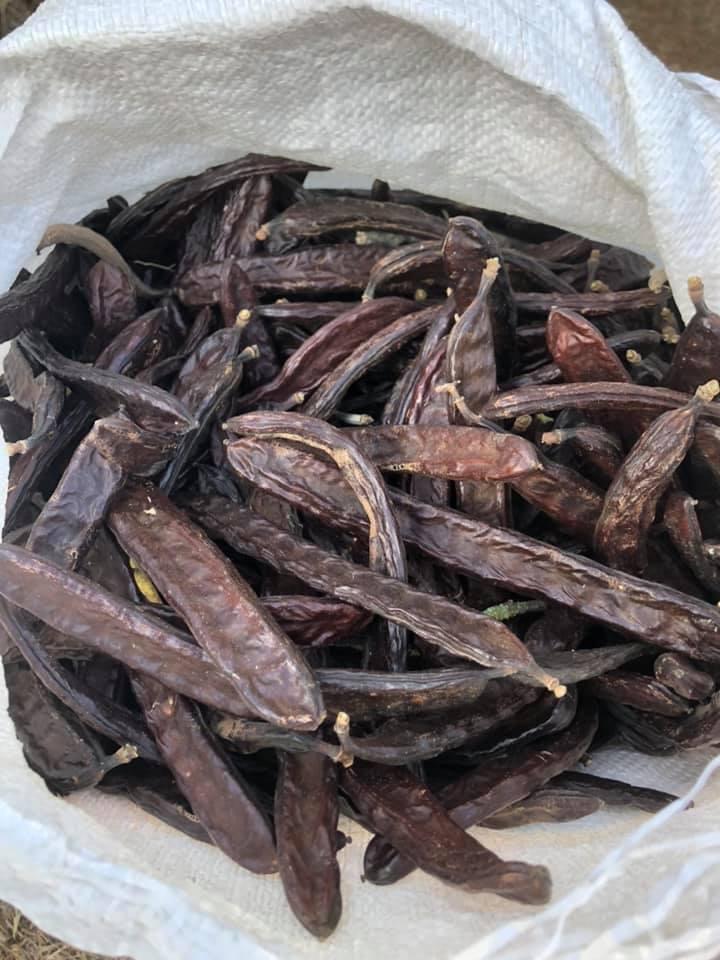 The cultivation of the carob tree has undergone an important boost in recent years, due to its agronomic and nutritional qualities, such as presenting few problems of pests and diseases, being a sustainable crop and easy to adapt to scarce water resources and poor soils, and presenting an important commercial diversification, from bran for animals, to thickeners, preservatives, carob powder and molasses, among others. In addition, the Balearic Islands are one of the largest carob producers in Spain, with many its own varieties. 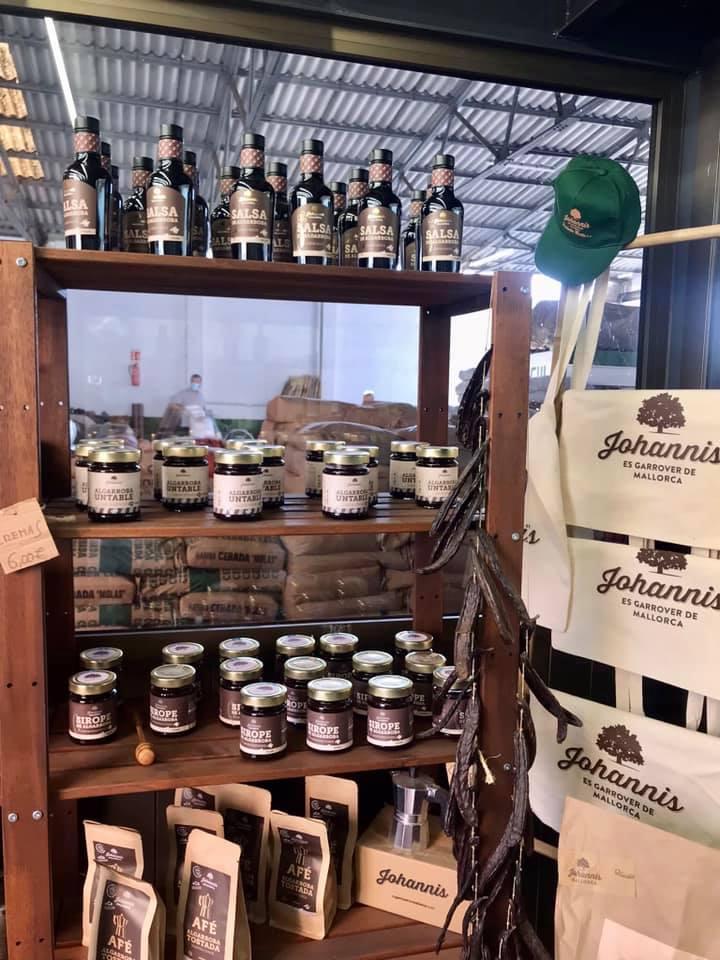 In a study made by Es Garrover de Mallorca who commercialises the Carobs on the island, they confirm that the Mallorca Carobs have higher nutritional interest in comparison with other peninsular varieties, due to their high pinitol content. In the Majorcan varieties, the second most important sugar corresponded to pinitol, contrary to what was found in the other varieties, where fructose is the second most important sugar. This result is of great interest due to the large number of beneficial properties present in pinitol; anti-inflammatory, antihyperlipidic, antioxidant, hepatoprotective, immunosuppressive, anti-aging, creatine retention stimulants, Alzheimer’s meliorative, anticancer and antidiabetic properties of pinitol, among others.