Jan Edwards with her book "Daughter of Deia". | Vicki McLeod

Jan Edwards, you might recognise her name, you will almost definitely recognise her voice, and you will probably have read some of her work as a local journalist writing for magazines, but now you have the chance, and indeed the pleasure, to read her first book.

“Daughter of Deia” Jan has quite a pedigree having worked in media prior to moving to Majorca seventeen years ago. She worked in PR for several years and then expanded to radio. Her last position before moving to live in Mallorca was hosting a mid morning radio show for the BBC in Oxford.

“It was a great show. I loved it. We had a different contributor every day. It was a fun first hour of music. And the second hour was always a guest. It was very much a sort of magazine lifestyle show.”

But after the passing of her mum, Jan felt that it was time to make a change. She and her husband Richard had bought a house in the Manacor area a couple of years before and so they made the decision to make the move to come live in Mallorca.

Why did you choose to live in Manacor?
“We knew we wanted to be in the countryside. And to be in a community of local people, so that we were encouraged to speak Spanish. We looked all over the island, we came on a four day trip in 2002, and looked at properties all over the place. And now, after 19 years of owning it, we wouldn’t want to be anywhere else.”

Once the family of four (Jan, Richard and their two rescue cats) had all safely made it to Mallorca, Jan picked up her work where she left off, taking on writing and radio assignments with various local media, She still occasionally pops up on the BBC “back home”. “To be honest, I’m not somebody who could do nothing. I’m probably going to be working until I keel over.” Jan did face one small problem, “We had no electricity for the first eight months. We knew when we bought our house that there was no electricity, but we just assumed that we would ring up Gesa and they would come and connect us, just pop it in! But it was quite a big project and they didn’t want to know us. We were too far away from anything like a substation to connect. So we went on down the solar power route. And to be honest, I’m really pleased as we’re completely off grid. It’s an interesting way to live. But we have got used to it, you put things into practice, like checking that you’ve got enough water, and checking that the septic tank isn’t bubbling over!” 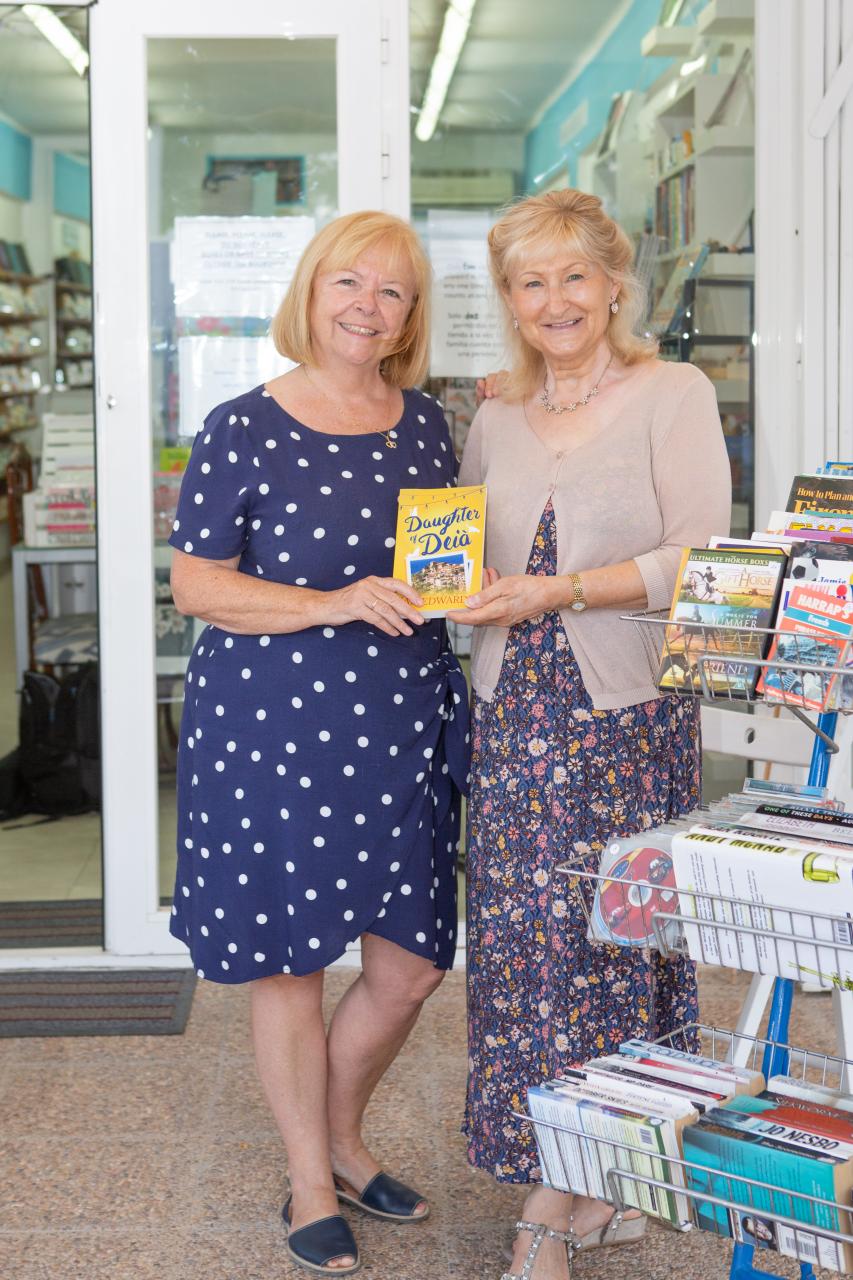 Jan wrote her first novel when she was eleven years old, featuring Jimmy, a character who was inspired by a young man who the young Jan had a crush on living next door to her best friend. “I wrote it in an exercise book and sent it off to a publisher! They wrote back and made encouraging noises, however it took me a long time to try again, but I knew I had a novel in me. When we moved to Mallorca I had decided that I was going to write a novel about a donkey sanctuary, but I realised that I didn’t know much about donkey sanctuaries, but I did know a lot about cats! We have rescued a total of seventeen cats over the years. So I used that experience as part of the background for “Daughter of Deia”.

Why is the book set in Mallorca?
“I love the diversity of the island, and I have written the book as a love letter to Majorca. They say you should write about things that you know, so yes, the main character is a radio presenter, and yes it is in Majorca and does feature a cat rescue centre as part of the plot, but it’s not autobiographical, I should stress that! The main character, Laura London is a presenter on a radio show in Stratford upon Avon. She’s been doing the same show for 10 years. She’s one of these people who doesn’t like change. She certainly does not like a lot of travelling abroad. And one day her world crashes down around her really. She is compelled to travel to Majorca to unravel a family secret. I write about a lot of places that will be familiar names, like the Belmond Residencia Hotel, and even the Majorca Daily Bulletin gets a namecheck! It’s a novel about family. It’s about friendships and the power of local radio in our community. And love.”

How long did it take Jan to write the book?
At least six years in total. I started it and then I was doing other things. I was writing for other people and doing bits of radio. And then I did a six month “Constructing a novel” course with Penguin Random House, which was a superb course. You are literally building the novel with each assignment. So by the time I finished, I probably had gone from 20,000 words that I already had to about 50,000. And then the lockdown last year gave me a perfect opportunity to really get through it to finish. But it is tough, it is self published, you do everything and there are lots of learning curves along the way, like cover design and how to work with Amazon. I’ve just delivered books this morning to the Universal Bookshop in Portals Nous, that was a fantastic feeling!”

What else helped to get the book from idea to paper?
We are very lucky to have an amazing editor living on the island, called Nicky Taylor, she is a professional editor who supports writers with their work. She was very helpful, I can’t recommend her enough. And I had a professional graphic designer for the book cover, as that is crucial as well. 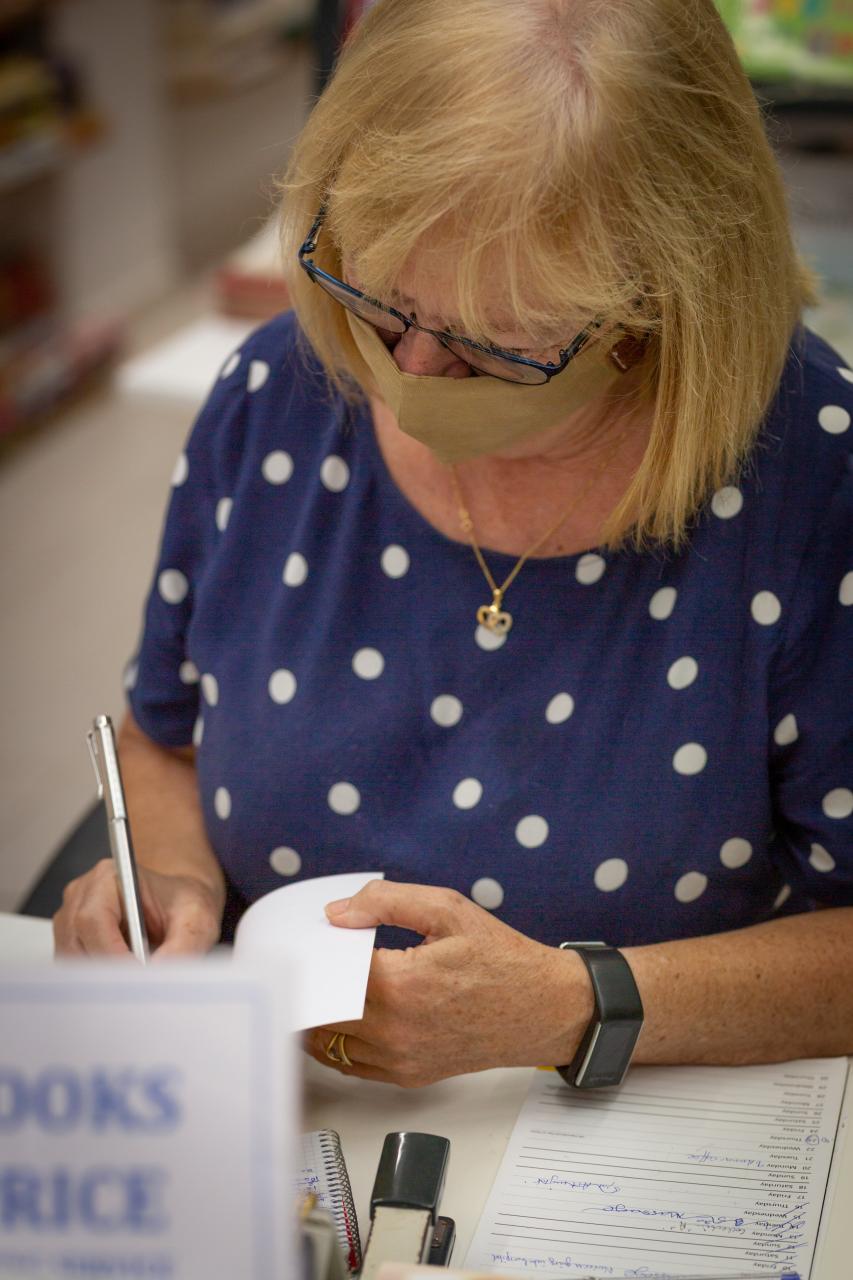 How can readers support Jan?
Apart from buying a copy, the most important thing is to leave a review on Amazon. These reviews are absolutely crucial as they increase your visibility. Telling others about the book is also really helpful, and interviews like this one are such an incredible support, thank you.

Are there more books in the pipeline?
Well, there are two partially written books. One is about a girl who inherits a house on the island, and the other is a memoir about living in rural Mallorca. But a couple of people have already asked me if there will be a sequel to “Daughter of Deia” because there could be a bit more in there.

Any tips for aspiring writers?
It takes a lot longer than you expect. Because even when you finish doing all the editing, and maybe have it professionally edited, there is still a lot more work to do. I decided I wouldn’t go down the traditional publishing route. Because I’m in my 60’s now. I can’t hang around for two years waiting to see my book on a shelf. The other thing is, you really have to toughen up. I was deflated like a balloon at one stage, but it is a long game. I am a member of an organisation called Jericho Writers (www.jerichowriters.com) which is a resource, and has masses of information on it. And set yourself a target, I made a chart for the month and marked it off, it was helpful to see the chart filling up. In theory, you can knock out a first draft in three months if I wasn’t one of these people that keeps going back to the previous chapter and tweaking! I also used www.allianceindependentauthors.org and www.thecreativepenn.com which are both really very helpful. 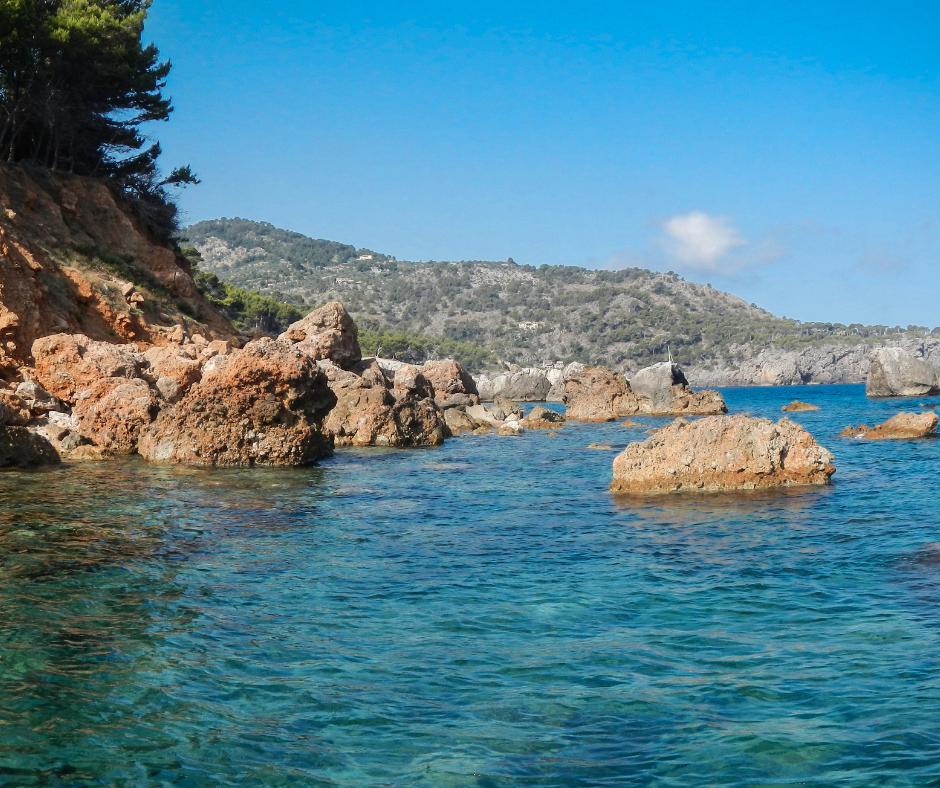 Congratulations to Jan on the publication of her first baby. I can personally attest to the page-turning attributes of her book which I am currently reading and thoroughly enjoying. It is a warm, fun novel with a lot of heart, wit, romance, mystery, and yes, cats!

Jan is also the author of two blogs, one about living in rural Mallorca (www.livinginruralmallorca.com) and the other about her favourite places to Eat, Sleep, and Drink (www.eatdrinksleepmallorca.com). You can find her first novel “Daughter of Deia” on Amazon (Don’t forget to leave her a review) or buy in person at the Universal Bookshop in Portals Nous, or ask at your local bookshop. You can listen to a longer version of this interview on the Majorca Mallorca Podcast.