The Japanese gyosas were done on a hot plate. | Andrew Valente

One of the beauties of Palma is that I can get wherever I want to go by walking. I seldom take a bus, even for distances most people would be reluctant to tackle. The good thing about walking (apart from the exercise) is that you discover places you didn’t know about — such as today’s family-run restaurant.

When I came cross it I was taking a short cut on my way to another restaurant. A rapid peek at the outdoor menu told me it was Oriental and when I went in to ask for a card, the dining room looked neat and new.

I returned by the same route, so I stopped at the restaurant for a closer look at the menu and saw that the dishes were mainly Japanese. A Spaniard in his forties came along on one of these electric ‘patinetes’ and as he went into the restaurant, complete with ‘patinete’, he said: “You eat well here.” I replied: “Yes, the menu looks interesting.”

I followed him into the restaurant to ask if the cook was Japanese. A young woman, the cook’s wife, said he’s Chinese. I left and the man with the ‘patinete’ came out to reassure me. “Although the cook is Chinese,” he said, “this is the second-best Japanese restaurant I know of.”

He rated Hanaita (in the street behind the Santa Catalina market) as Palma’s best Japanese place and almost in unison we said: “But it’s expensive.” He added that when he took Daikiya’s low prices into account he preferred to eat there. He and his wife go at least twice a month. So I went along four days later and had a most enjoyable meal.

If you’re still into sushi you’ll find plenty of choice. But I now give it a miss because there’s so little one can say about it — and I said it all a long time go.

But I did try the salmon sashimi (four thickish slivers) and it was delightful. Very fresh and with a nice dab of wasabi that takes your breath away.

I learned that ‘gohan’ in Japanese means plain boiled rice. About three months ago I had ‘gohan furikake’ at Quinta Avenida in Avda Conde de Sallent (Tel:871-043066) which was a white rice with a savoury mix that included seaweed. I rated it a 10.

I asked the owner’s wife if ‘gohan’ was just boiled rice and she said it was. But she took that to mean I wanted one and brought it. It was white rice cooked in the soft Oriental style and we doused it with a soya sauce-vinegar mixture and it was very nice.

It’s good to know that in some of Palma’s neighbourhoods we now have Oriental restaurants as good as this. The cook was on his own in a small open kitchen and his wife was in charge of the dining room and the patio. They’re very well organised and the dishes arrived in quick succession. The dim-sum were scrummy, the gyosas were finished off on the plancha to a golden colour. The chicken-veggie rolls had flaky layers I’ve never come across before. When I’ve tried them again I’ll decide if they should get a 10 or just a 9.5. The noodles were moist and tasty in the best Japanese style. 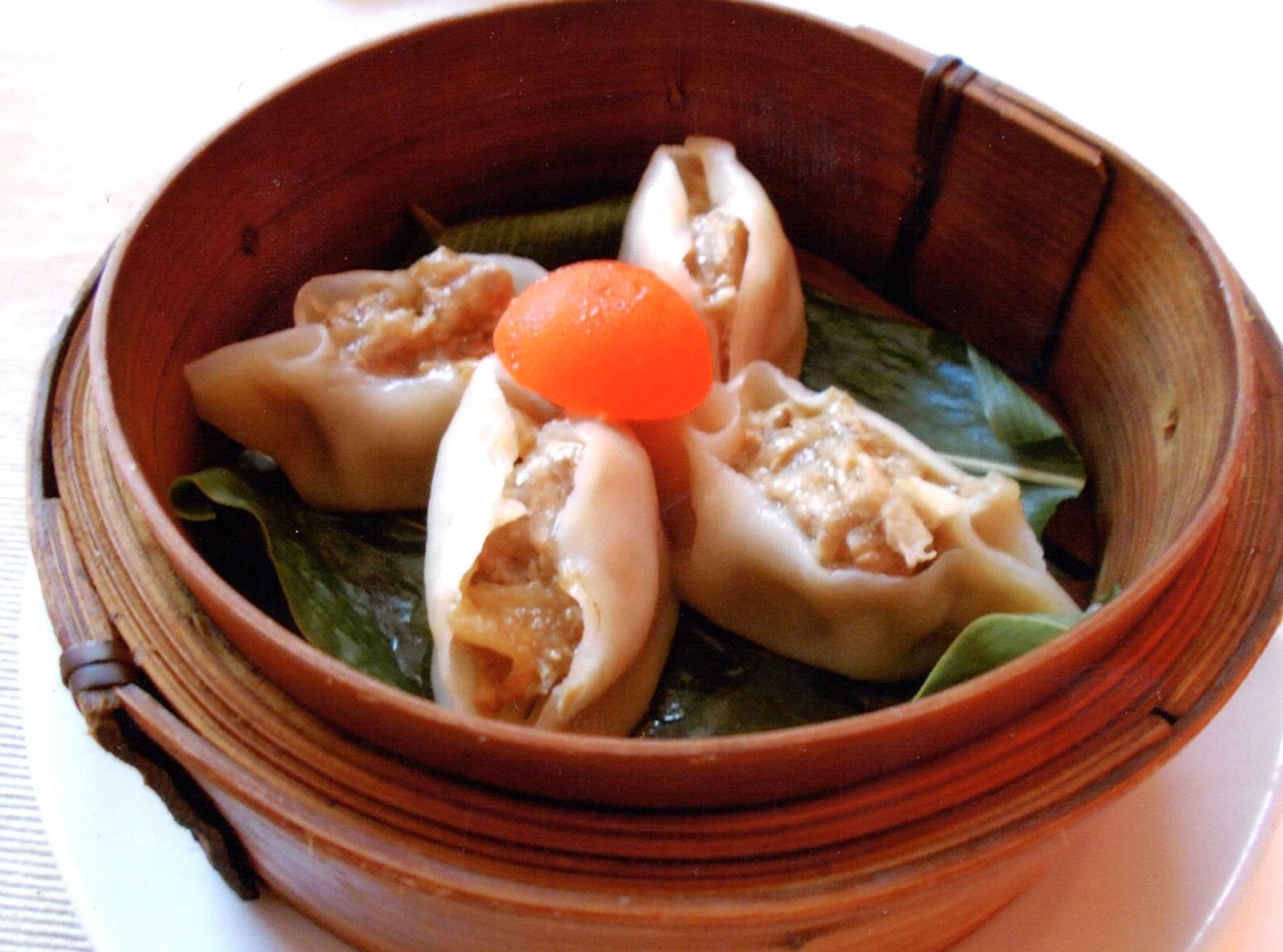 A delicious and memorable version of Chinese steamed dim-sum.

Daikiya, Carrer de Jaume Balmes 63, Palma (next to Plaza Alexander Fleming). Tel:871-708557. They close only for lunch on Tuesdays. There’s an exterior patio at the back, ideal for summer dining and for lunch on sunny autumn and winter days. Play safe and book at the weekend. Daikiya means ‘like being in your own home’.