If you are stuck in a lockdown and you should be on tour with your band, what do you do? The Prussians, an indie five piece from Majorca decided to write and release a new single.

Available on Spotify, you can follow the band there and listen to their new track “Quarantine”, which I first heard last week and can’t get out of my head now! The Prussians are Dominic Massó (lead vocalist and guitar), Tino Lucena Bautista (drums), Fernando (Ferchu) Vallejos (keyboard, pad and percussions), Pau Enric Serra (bass guitar and backup vocals), and Juan David Ayora (guitar and backup vocals). Childhood friends Dominc and Tino founded The Prussians with another bass guitarist and guitarist. The band grew to include Ferchu and then as the band evolved Pau and Juanda joined after some of the other members of the crew left. They perform their own music rather than covers of other bands, after months of rehearsals and promoting their music on MySpace they finally did their first gig which was very successful and they have been playing together ever since. 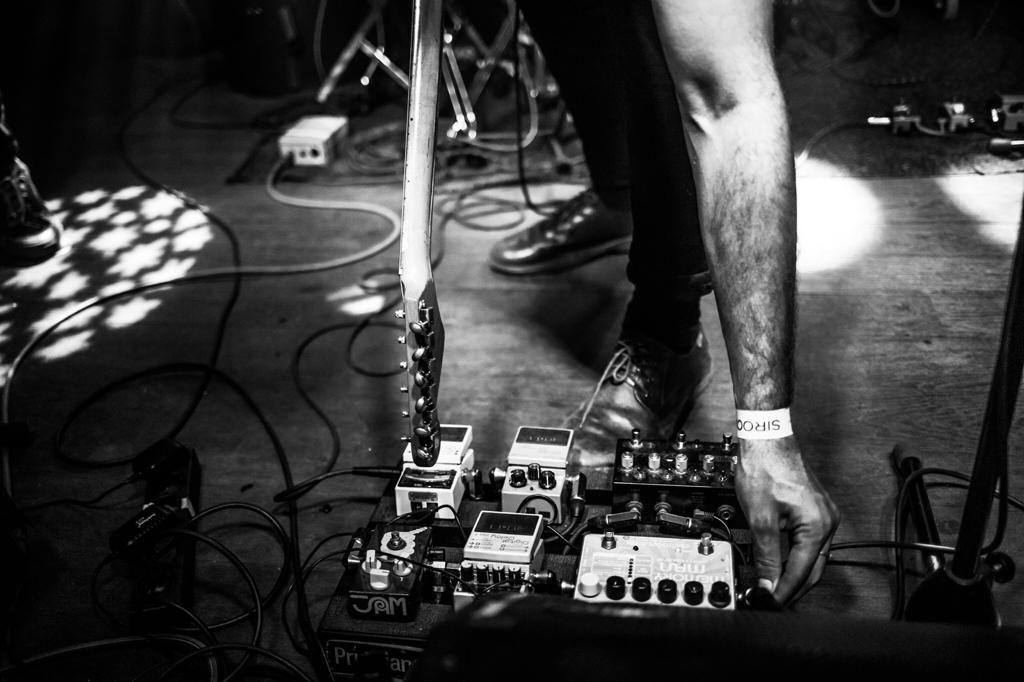 The band got together for the first time last week for a rehearsal and to answer some questions about themselves and the pressures on them.

How do you describe your music?

“We started up as Indie-Rock, and then developed our own original sound and texture on the songs so that they would be more recognisable. These days we have a more electronic sound, but with a groovy bit in it!” What are your influences? “Alt-J, Arctic Monkeys, Tora, Crooked Colours, Chet Faker, and Versace” 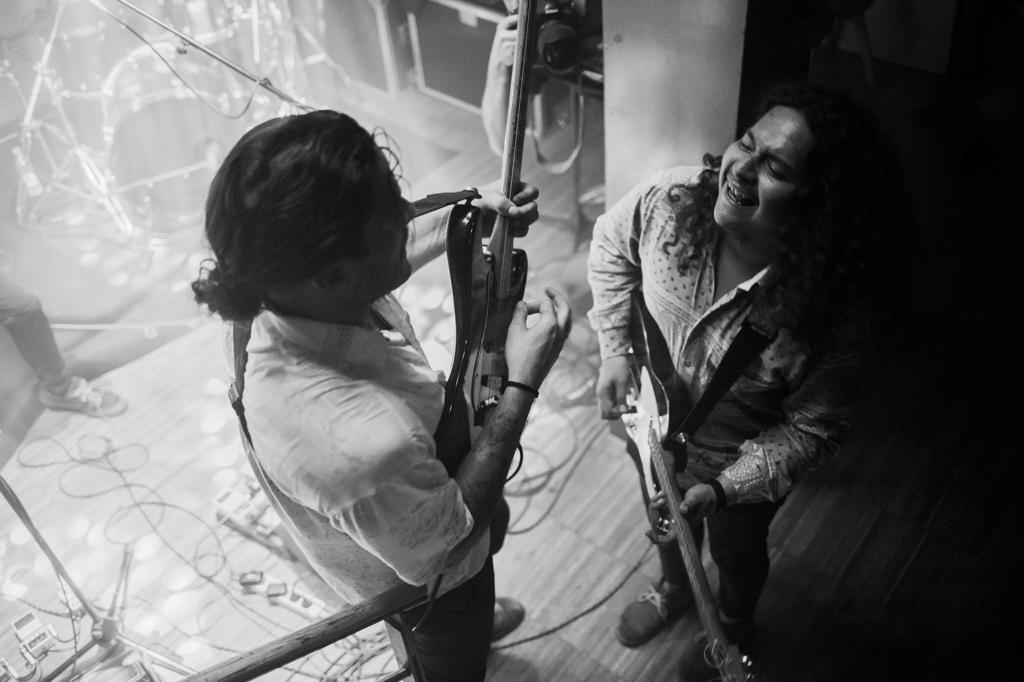 What were your plans before we went into lockdown?
“We were in the middle of our “Mantra” tour, helped out by GPS (Girando por Salas). We had already played in Madrid, Toledo and Cádiz, and were due to play at some other cities around Spain and at the Sonorama Ribera Festival; apart from working on new singles like the mentioned “Mantra” which also gave the name to our tour”.

How has it been during the lockdown? Did you manage to keep playing together?
How did you do that?
“It was definitely a big slap on the face for all of us to have to stop our tour and return home; we even had to leave our instruments behind because of the state of alarm and we only just got them back a couple of days ago. Even though we haven’t been able to practice or meet to play, we have been doing some work from home, on our computers, trying to be creative and work together on more singles, which seem now will turn into a new album”. 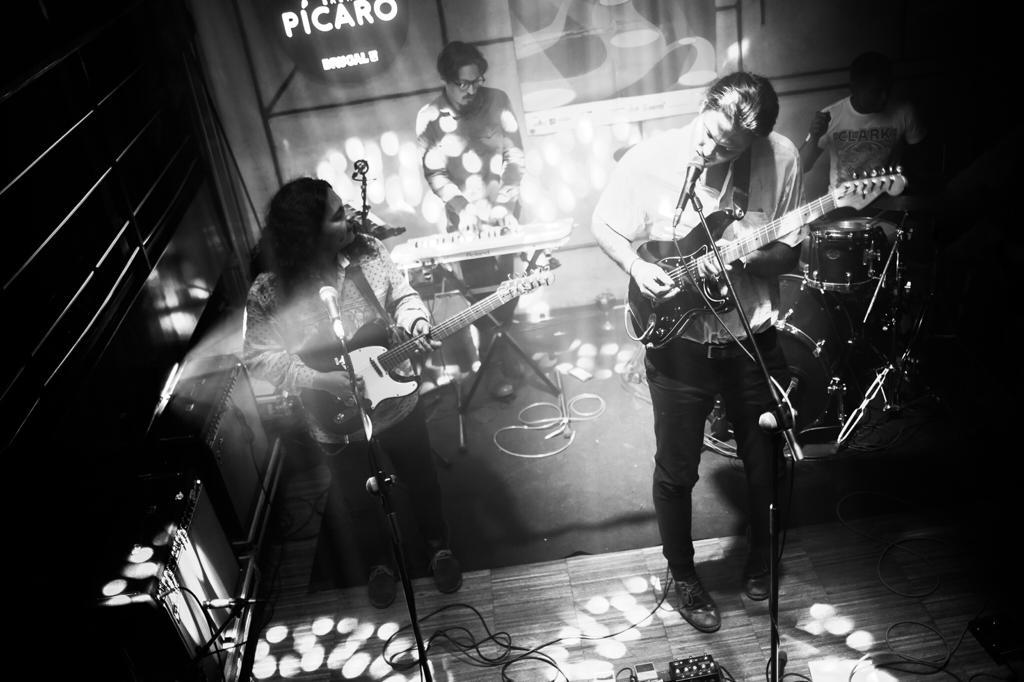 How did lockdown affect your creativity?
“It’s been such an interesting time to be at home, talk to each other through social media and work from home. We haven’t stopped and it’s exactly what we wanted. We feel we are in one of our most creative phases in the history of the band, and our expectations are very high from working together, the experience has made our team closer, we have worked as if we were a family and we hope we have created some hits!”

What have you learnt during the lockdown?
“We’ve definitely (some more than others) learnt a lot: on how to work from home with the equipment we have and our computers and try to produce our songs independently; so it has been a big process of learning how to cope with technology and still have a good sound.” 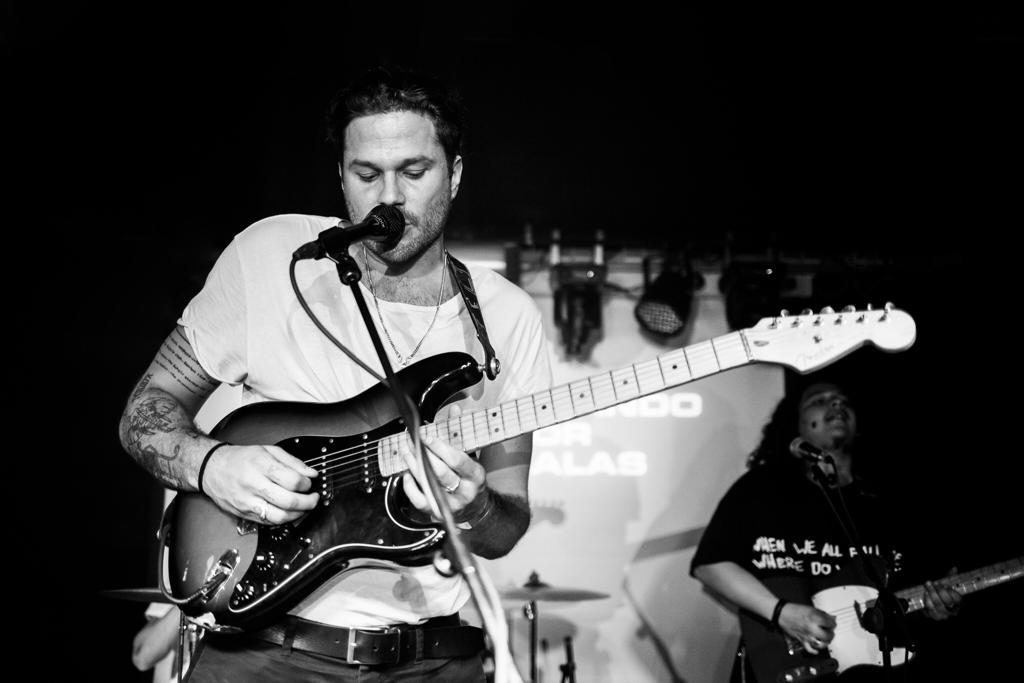 What was good about lockdown for you personally?
“Disastrous situations are always inspiring, so we had a lot of ideas and we wrote a lot. And what was bad about it? “Postponing our 2020 tour around Spain, we love playing live so that was sad.”

How do you see the live music scene and the immediate future for musicians?
“It’s not only complicated but delicate. It’s all about uncertainty now, we’ve been thinking about plans, when and how to finish our tour. We guess, all musicians have the same worries but the only thing we’re sure about now is that nothing is for sure. So we have to have lots of patience, let’s see what happens in the next months and meanwhile keep working to get some new songs out”.

What are your plans for the future?

“We’ve signed with an editorial/discographic company, which will help us to reach more people with our music, and maybe get some more gigs. We’re also planning on releasing a couple more singles through the summer and will finally release a new album at the end of the year. We want to say a big thank you to everyone who listens to our music, thank you!”

You can follow the band on Spotify, search The Prussians, or www.facebook.com/Theprussians