She is certainly tenacious, as she is still performing live concerts from her living room every few days

Music video for Holly Lowe's single 'Forecast For Snow' Filmed, directed and edited by Emma Fenton and Joaquin Amespil in Mallorca Jan 2021 http://emaloufenton.com​ and http://thisispe.com/work Welcome to snowy Mallorca! This is a song about chapters and ends of chapters. Let the snow fall and cover everything so we can start afresh. | Youtube: Holly Lowe

2020 was pretty tough on the music industry in Mallorca and around the world. As tours were cancelled and gigs postponed it may seem to the uninitiated that the most important thing that was being lost was money, but if you are a musician then you might understand the greater loss was the opportunity to be creative. Live music is an organic, exciting and beautiful thing to be a part of either as a performer or as a member of the audience, I wonder how many of us have realised what an integral feature it was in our lives, and I wonder how many of us are craving it now.

Here on the island musicians and entertainers have two main sources of work and outlets for performance: playing in bars and restaurants for the general public, and playing at private parties and events such as weddings. The good ones get booked up well in advance by brides and planners, the set lists are discussed, often special songs are requested, and often learnt from scratch. All of this came screeching to a halt last March, as did many more of our island’s commercial activities. 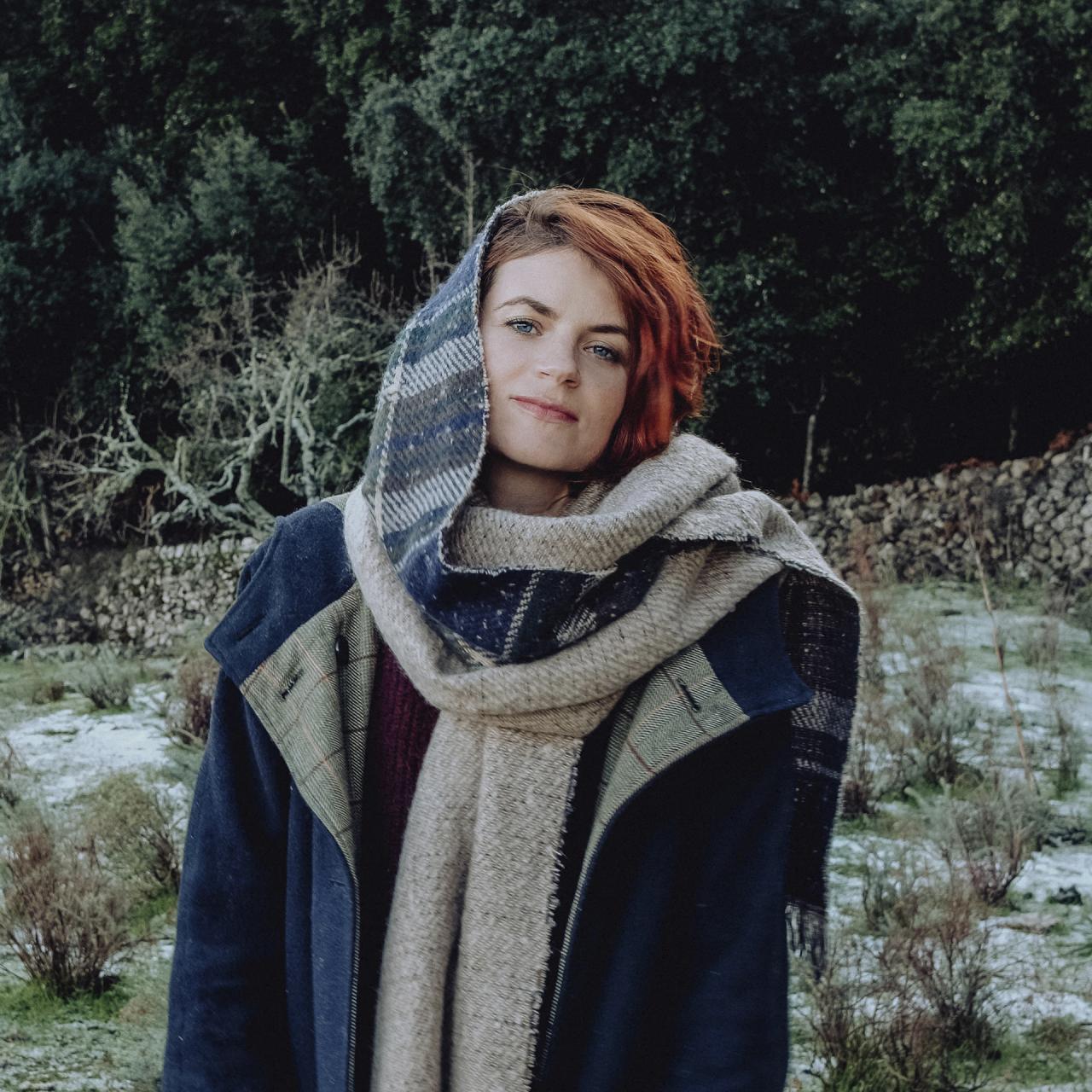 But not for Holly Lowe.

Holly is a professional musician, one of those that are booked up months, and even years in advance. Music isn’t a hobby for her, it is her job, and her passion. And just because some pandemic had put the brakes on the planet, that did not mean she was going to stop playing, singing and entertaining people.

Holly soon took to doing live broadcasts, playing practically every day during our strict seven week lockdown to online audiences which reached thousands of people, both here and across the globe. Playing with her lockdown housemates who were also musicians, the “Holly hour” as it became known in my casa, meant that every day there was a connection with someone outside of the four walls who was also reaching out and wanted to touch base, crack a smile, or sometimes move us to tears.

But who is she? She is certainly tenacious, as she is still performing live concerts from her living room every few days (find the streams at https://www.facebook.com/hollylowelive) and seems to be constantly, unshakeably upbeat despite probably the worst year (financially) of her life.

Holly is also determined to get her original work into the world as she is releasing her own original song on February 12th but this is not her first rodeo, oh no. Holly, a British singer, songwriter and musician, was signed to Mercury Records when she was just 17 and recorded an album of original songs on Pete Townsend (The Who)’s barge studio in London.

She has also recorded at most of the major studios in London including Abbey Road, Townhouse, Sphere, Olympic, Rak and Air. She has played sold-out solo shows in London of her own songs and toured the UK as a solo singer songwriter as well as extensively playing London with bands. Whilst living in London pursuing her artistic career she cut her teeth earning a living playing piano and singing in the most exclusive hotels and member’s clubs in Mayfair. She also worked as a session musician and vocalist for Candle Music where she was the voice of many well known adverts over the years.

A chance encounter with someone asking for Pink Floyd one night in her piano bar led Holly on an adventure to be crew on Griff Rhys Jones’ classic yacht in the Monaco regatta. Tired of city life and yearning for some adventure Holly said yes and it was there that she met the young, handsome yacht skipper who would later become her husband. She spent a couple of years on the Cote D’Azure on the boat, drinking pastis and busking next to the Petanque courts. 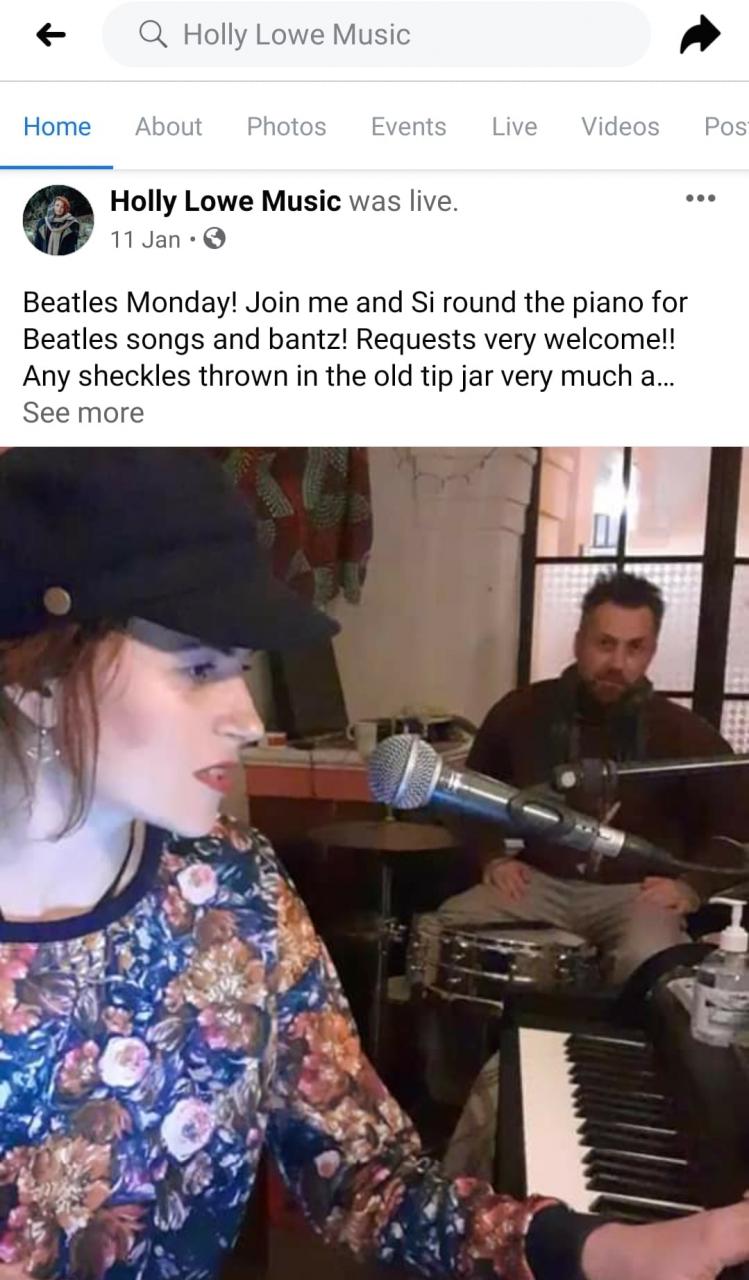 She didn’t miss London and its late night Mayfair scene and a new gigging life emerged. She began playing luxurious yacht parties and entertaining the stars and starlets of the Cannes Film Festival at the Martinez Hotel. She also started to focus on weddings and soon found that she was in demand all over the world. From stately homes in the UK to wine estate and beach weddings in South Africa. She was also flown out to the middle east to perform corporate gigs at new Golf Courses, hotel openings and gala dinners for the Oman Arab Bank. In 2015 Holly and her husband decided to live on land and moved to Majorca. Since living here Holly has really earned her reputation of being the go-to performer for wedding ceremonies on the island.

The song itself, “Forecast for Snow” is written about the idea of life being played out in chapters, “As we end one section of our life we enter a new one and so on. The concept of snow layering over everything we currently know, allowing us to start afresh. With the hopes of 2021 being a better year than 2020.” The track was born out of Holly’s experiences in life, of her finishing up with memories of the past and entering brand new chapters.

She notes she was playing a lot of video games at the time and compares the concept to reaching the next save point in a game. The whole track was not only written but also produced by Holly.The video for her new single which was shot in the Tramuntana by Emma Fenton and Joaquin Amespil was blessed with the weather as by complete chance the three days they set apart to film it snowed! She was able to launch the song onto the global music scene through a kickstarter campaign that she organised to fund the release. And there’s more, another of Holly’s songs “Changeling” has made her one of the top six finalists in the UK Songwriting Contest, so if lockdown can’t stop her, then in my opinion, nothing will.

Chloe | about 1 year ago

Always love watching Holly play!! Seriously kept me going during lockdown 1.0 when she played each day! Can't wait to see her play in person again!!