I’ve certainly asked myself this question a few times over the years. Who is this chap, I’ve wondered to myself. Why is he special? I’m not even sure I like his pottery, and I really am not sure about his choice in frocks. I am looking forward to getting all of these questions and more answered at the first talk for this season’s Arts Society Mallorca events which is happening soon at Son Muntaner. I had the chance to speak to Ian Swankie, the expert lecturer who will be talking about the UK’s “National Treasure”, Grayson Perry, this week. 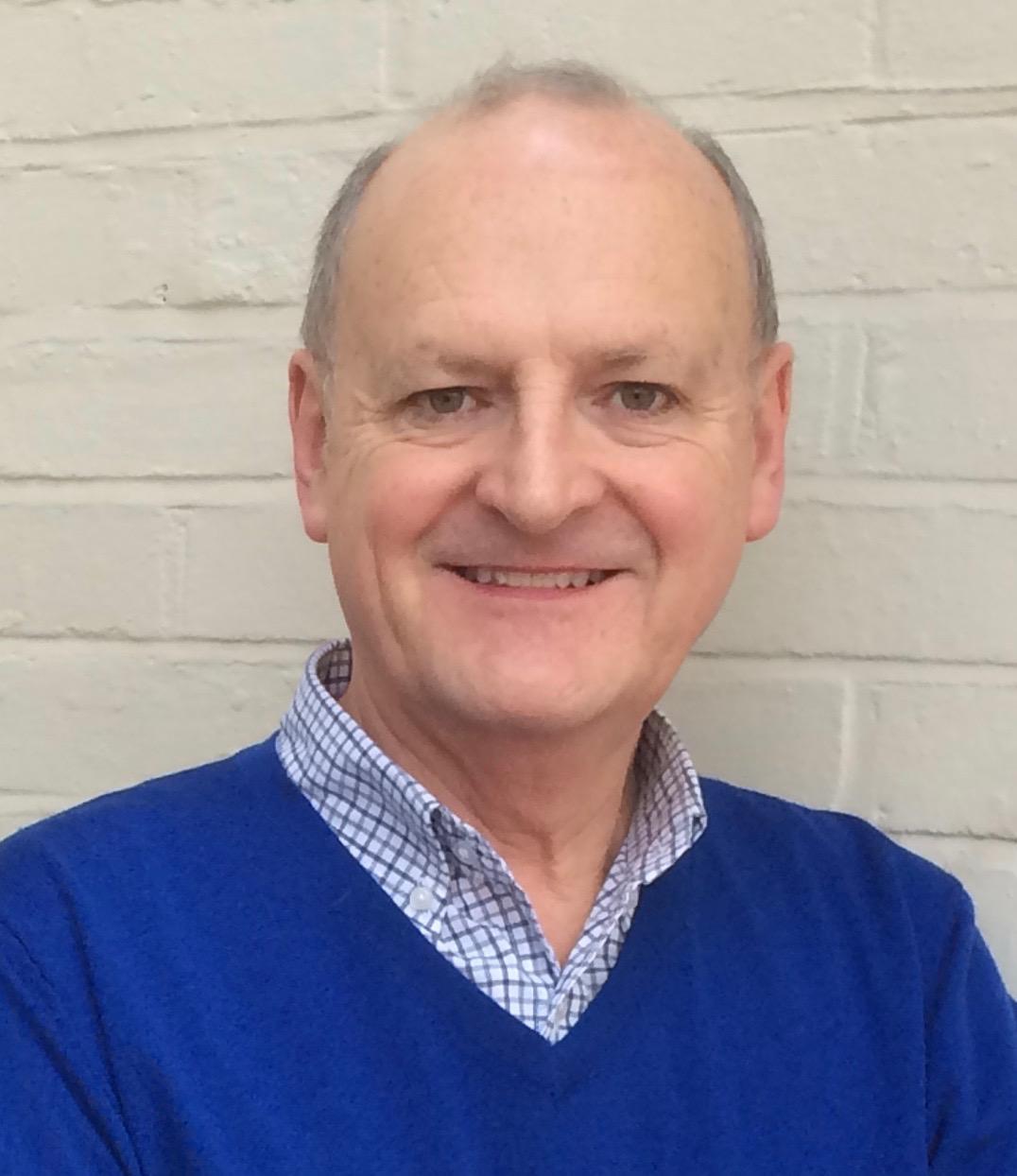 Ian has been giving lectures for the Arts Society for almost exactly six years now, and he is a very popular booking having given a total of 80 lectures in the last year, live and on zoom. “My main career was in the insurance business and I’m now using what I suppose are transferable skills as within the insurance business I was used to having relatively complex subjects and being expected to make them understandable. I was quite comfortable doing presentations as I was a senior manager in insurance. I left that when I was 46 on a kind of redundancy package, took a gap year which I thoroughly enjoyed and I have just carried on renewing it ever since really! I became a commercial helicopter pilot after that. Then I became a London tour guide then a Tate guide and now I’m a lecturer, so it’s a late career but I love it”,

Did you grow up with an interest in culture in the arts? Or is it something that you’ve cultivated over the years?

“My wife’s an artist and so I’ve been kind of immersed in the art world for 30 odd years but I really only got into it in a serious way when I started at Tate which was 10 years ago. So no, I don’t have art in my veins, and I’ve got plenty of big gaps in my knowledge. I don’t profess to know everything about art, I’ve just got little pockets that I have studied well and enjoy. I’m always fascinated by the amazing connections, you hear a talk about one thing and then you have a name that you have heard in a completely different context in another lecture and you realise that artists have been inspired by each other.” 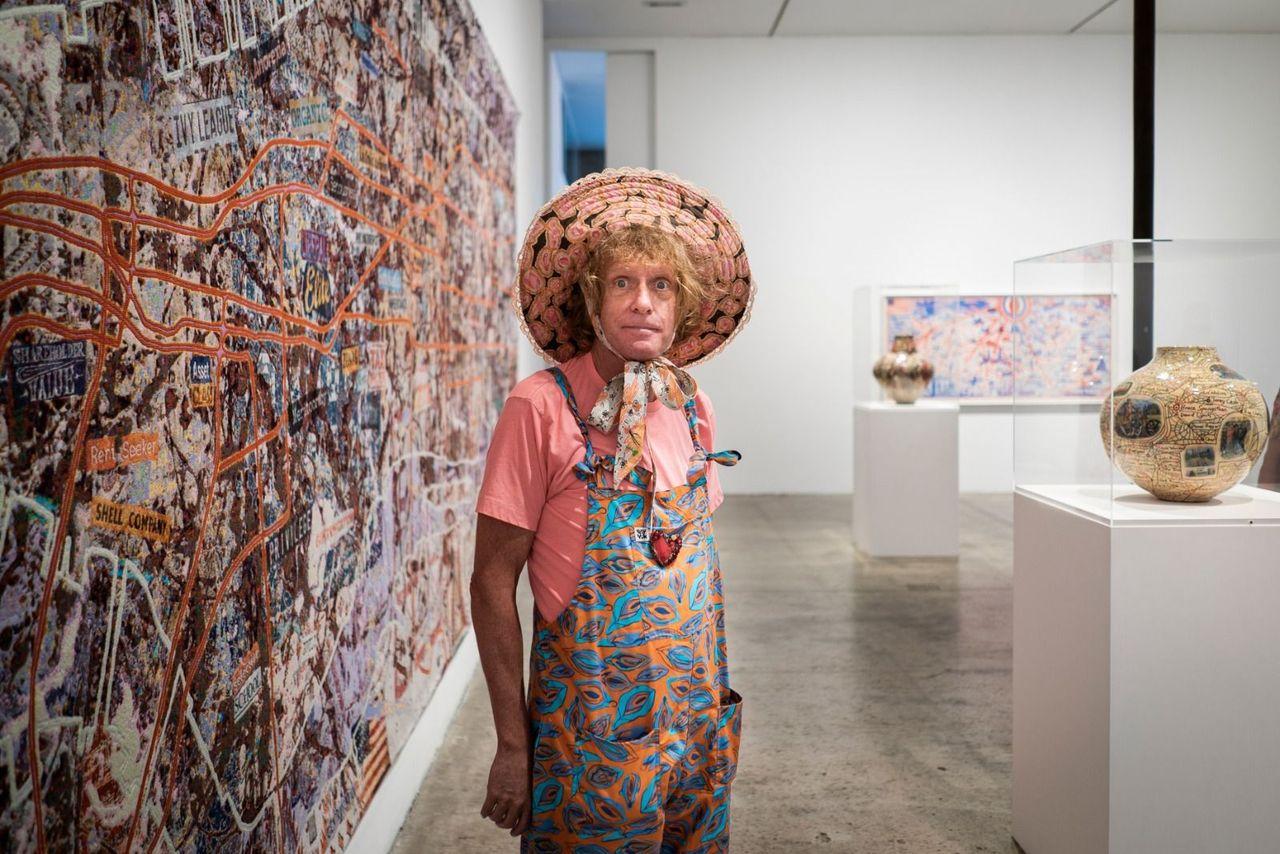 So tell me why everybody’s so interested in Grayson Perry?

“I think his star is in the ascendancy. In the UK, most people know him now quite well, because he’s been on television a lot, with two series during lockdown. But the idea of a man wearing a frock is something that’s going to grab attention. And I think if people come to the lectures, sometimes particularly men, they come after the lecture, and I said, ‘You know, I nearly didn’t come today, because I’m a bit iffy about him’. But at the end, they say, ‘I’m so glad I did come because now I understand what he’s doing’. He is a very, very clever chap and very good at holding a mirror to what’s going on around him. He’s a great observer.”

What is it about the dresses?

“So I cover that in the lecture. He asked his sister when he was six or seven if he could try on one of her dresses. And he did and he felt quite good doing it. He thought it was just a normal thing to do until he realised not every other little boy wore dresses. He had a very troubled childhood, his stepfather treated him a bit like a human punchbag. He was a big bully, and so Grayson spent a lot of time in his bedroom where he felt safe wearing these frilly frocks. And of course, he’s now it’s his brand. He says he is just an ordinary bloke but he likes wearing frocks”.

Have you ever met him?

“Yes, at the Guildhall gallery. He was absolutely charming. I couldn’t help but stop and say “hello, Grayson”. And we had a lovely little chat about the City of London and about keeping his Freeman of the City certificate in the downstairs loo where everybody keeps it! He was very much like the way he was in his TV show, Grayson’s Art Club, with his wife Pippa, who’s a psychotherapist. During lockdown they asked the public to send in submissions of artworks about lockdown. They would comment on them and talk to the people, And it was just lovely. He could engage with anybody, you know, people that had disabilities, people that were ultra posh people that really didn’t know what they were talking about. But without patronising them, And he didn’t wear a frock throughout it because he said it just wasn’t appropriate.”

What will you cover in your Arts Society lecture?

“Well, first of all, I had to edit it, because one of the problems I have with his work is that some of it needs to be edited for the sake of decorum because many of his works, particularly his early ones, are quite rude. I start from the works that he made when he was in his early 20s right the way through to what he’s doing at the moment, things in film, and I look at his a range of his pots and look at his frocks, his tapestries, his broadcasting, his exhibitions and his architecture because he designed a house which I have stayed in, which I talk about as well.”

What do you think people have to know in order to understand Grayson Perry?

“I think when you appreciate his imagination, and the way he can tell stories about what is going on around us in such a profound and witty, sometimes rude, way. The stories in his tapestries for example are just amazing. He tackles so many subjects like the class system in the UK, taste, religion, ethics, lots of subjects in a colourful and poignant way.” 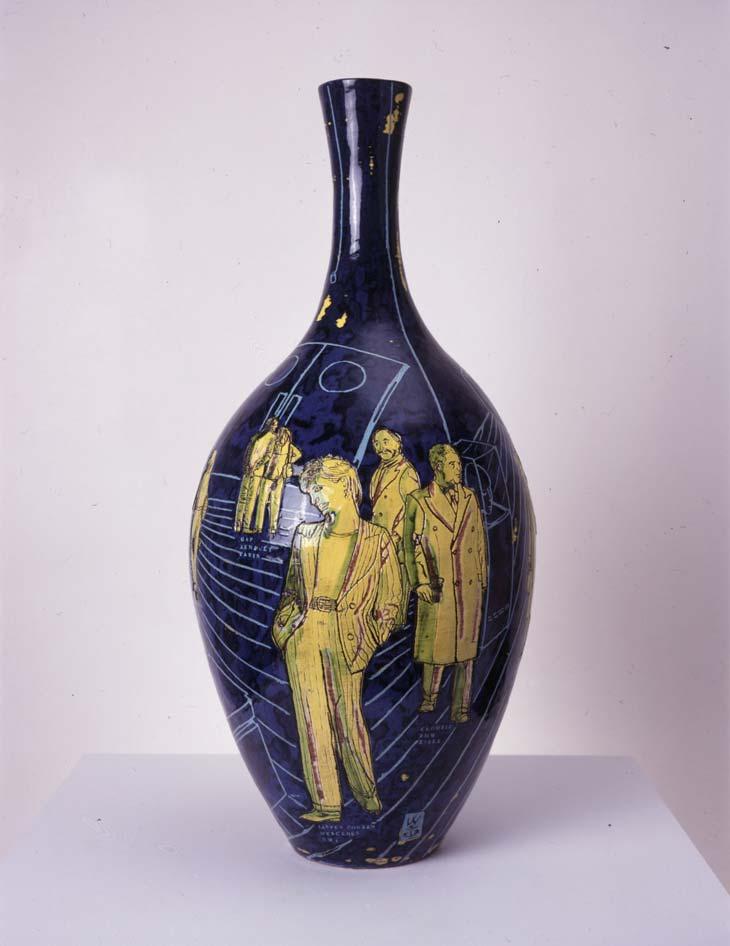 Why do you think art is important to us?

“It cuts out other ways of communication. If you look at a piece of art, and you get a message from it, whether it’s just a lovely landscape, or a portrait of somebody it gets into parts of the brain. Like Mark Rothko’s work for example. Until I started working at Tate, I would have thought it was just childish, modern art that anybody could do. Now, if I go to Tate Modern as I can, before the public, I go there in the morning, I can go into a Rothko room, when it’s quiet. And there’s something about it, there’s something almost spiritual, that you can feel from it. And you can’t get that from other art forms. I think visual arts penetrate the brain in a particular way. And some artists, particularly like Grayson Perry, will get a message across to you that what you’re looking at is yourself, he holds up a mirror to society.” 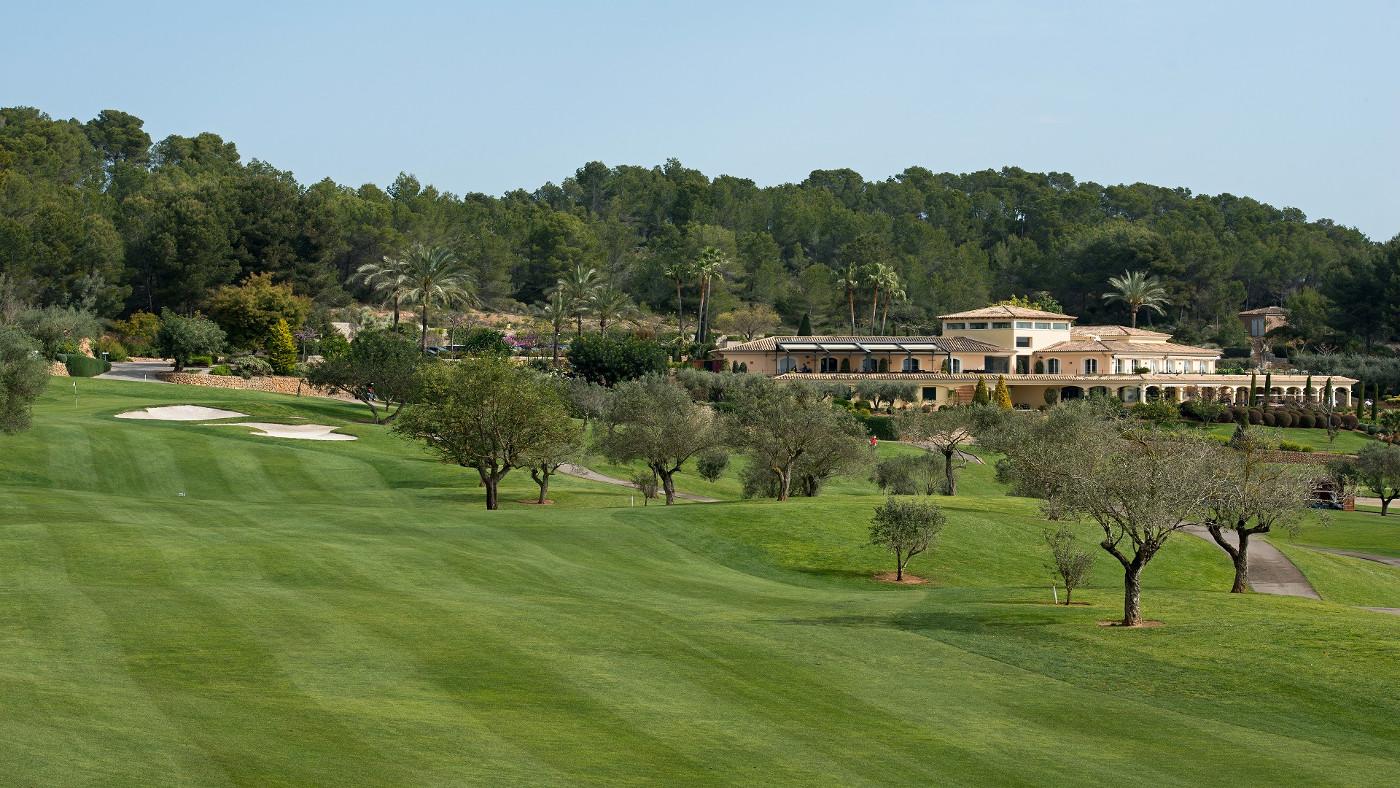 The Arts Society Mallorca will hold their first lecture of the 2021/2022 season at Son Muntaner Golf on October 14th. Ian Swankie will be talking about Grayson Perry with a lecture entitled, “Pots and Frocks, the world of Grayson Perry”. You can join the event as a member of the Arts Society or as a guest. To book visit www.theartssociety.org/mallorca for all the contact and membership details.