Discover the delights of the Serra de Tramuntana

The Serra de Tramuntana mountain range in the northwest of Mallorca is around 90 kilometres long, 15 kilometres wide and stretches across 20 of the Island's Municipalities.

The terrain is extremely varied, it’s rich in fauna and flora and spattered with olive groves and mountainside terraces. It was declared a UNESCO world heritage site in the cultural landscape category in June 2011.

There are numerous hiking routes in the Serra de Tramuntana that offer visitors spectacular views while they explore the history, myths and legends of Mallorca, learn all about artisanal crafts and enjoy traditional local food. 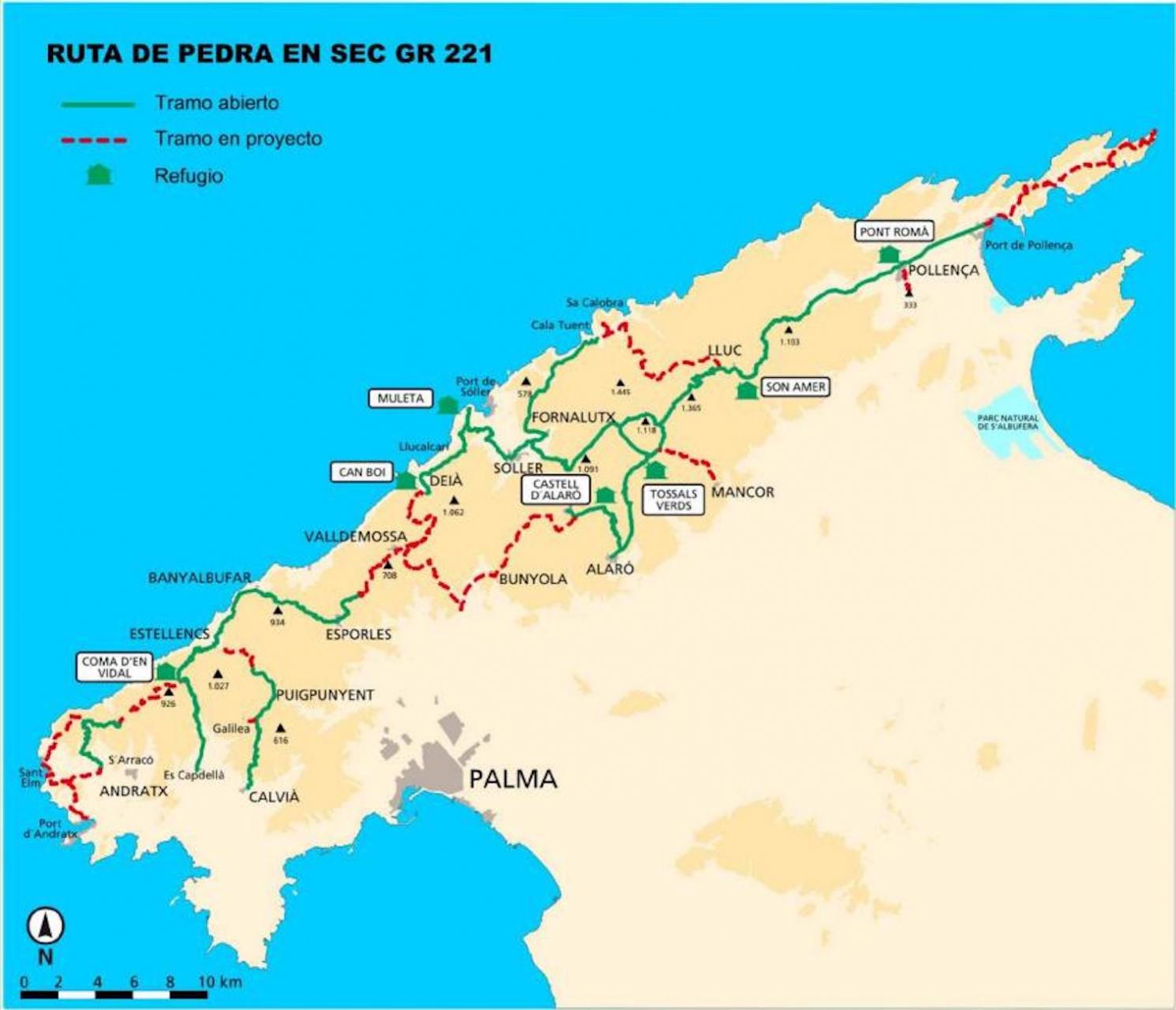 This dry wall hiking route is 167 kilometres long and signposted as GR 221. It has 4 stages that link Deya with Pollensa and Banyalbufar to Esporles and is based on a network of old roads that were restored by the Consell de Mallorca.

Some sections of the route follow the coast, others the highest mountain peaks and thanks to the mild weather here it's open most of the year. 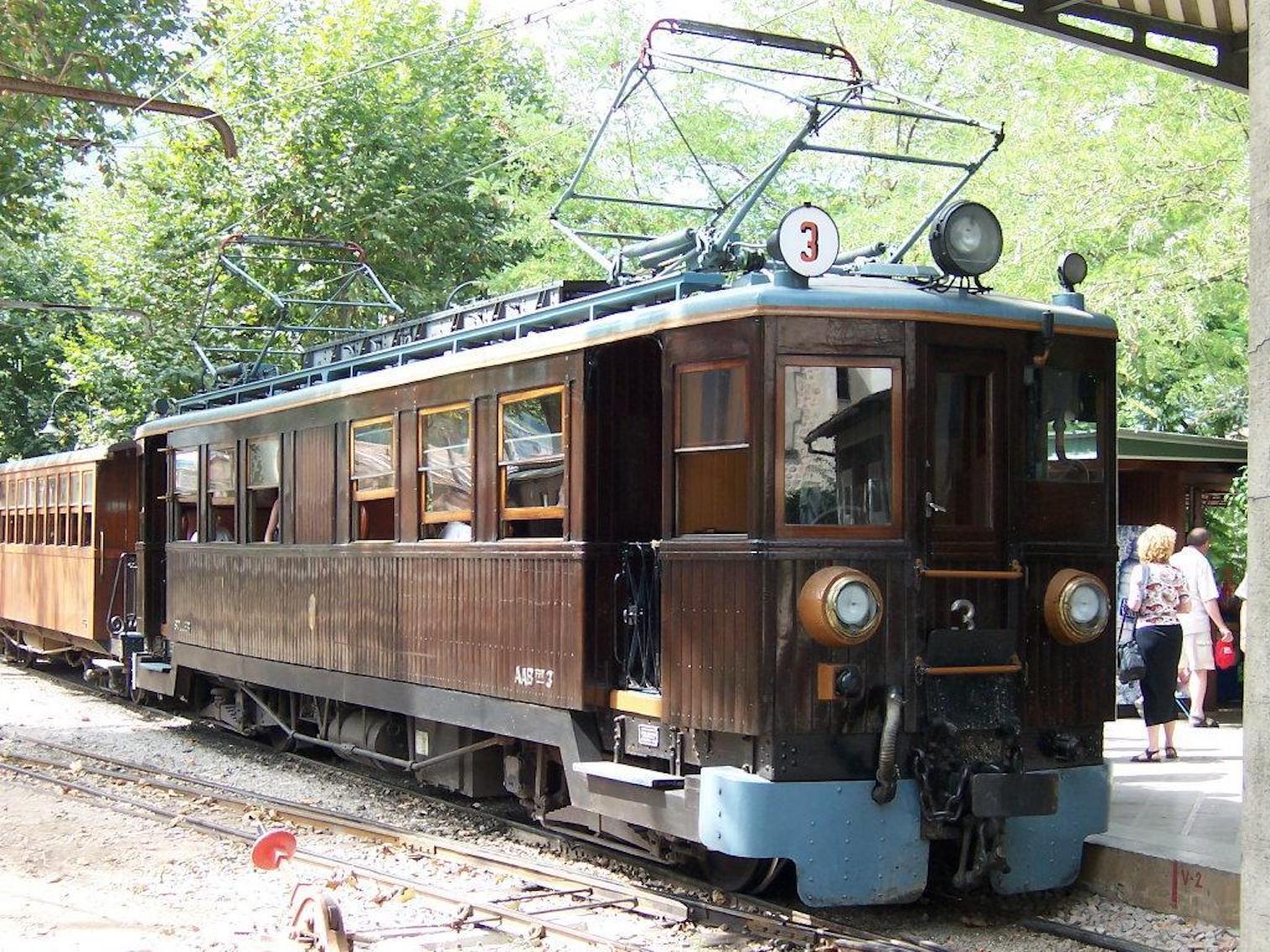 One of the best ways to see the Serra de Tramuntana is onboard the vintage wooden train that dates back to 1912.

The train leaves from the Ferrocarril de Sóller Station next door to Estació Intermodal several times a day and chugs through more than 20 miles of stunning countryside with staggering mountain views. It stops in Bunyola long enough to jump off and take some photos.

Paintings by Joan Miró and sculptures by Pablo Picasso are showcased in the museum inside Soller Railway Station along with some brilliant photographs of these two great artists who were very close friends back in the day.

2 minutes down the hill is Plaça de la Constitució, which is a constant hub of activity, especially on Saturdays when market stalls are heaving with fruit and veg, ceramics and clothes and of course many, many mementos of Sóller.

The square itself is dominated by Sant Bartomeu Church which dates back to the 16th century and was renovated in 1904 by Joan Rubió i Bellver, who studied with renowned Spanish architect, Antoni Gaudí. Rubió i Bellver also designed the modernist facade of the old Banco de Sóller next door which is now home to a branch of Santander Bank. 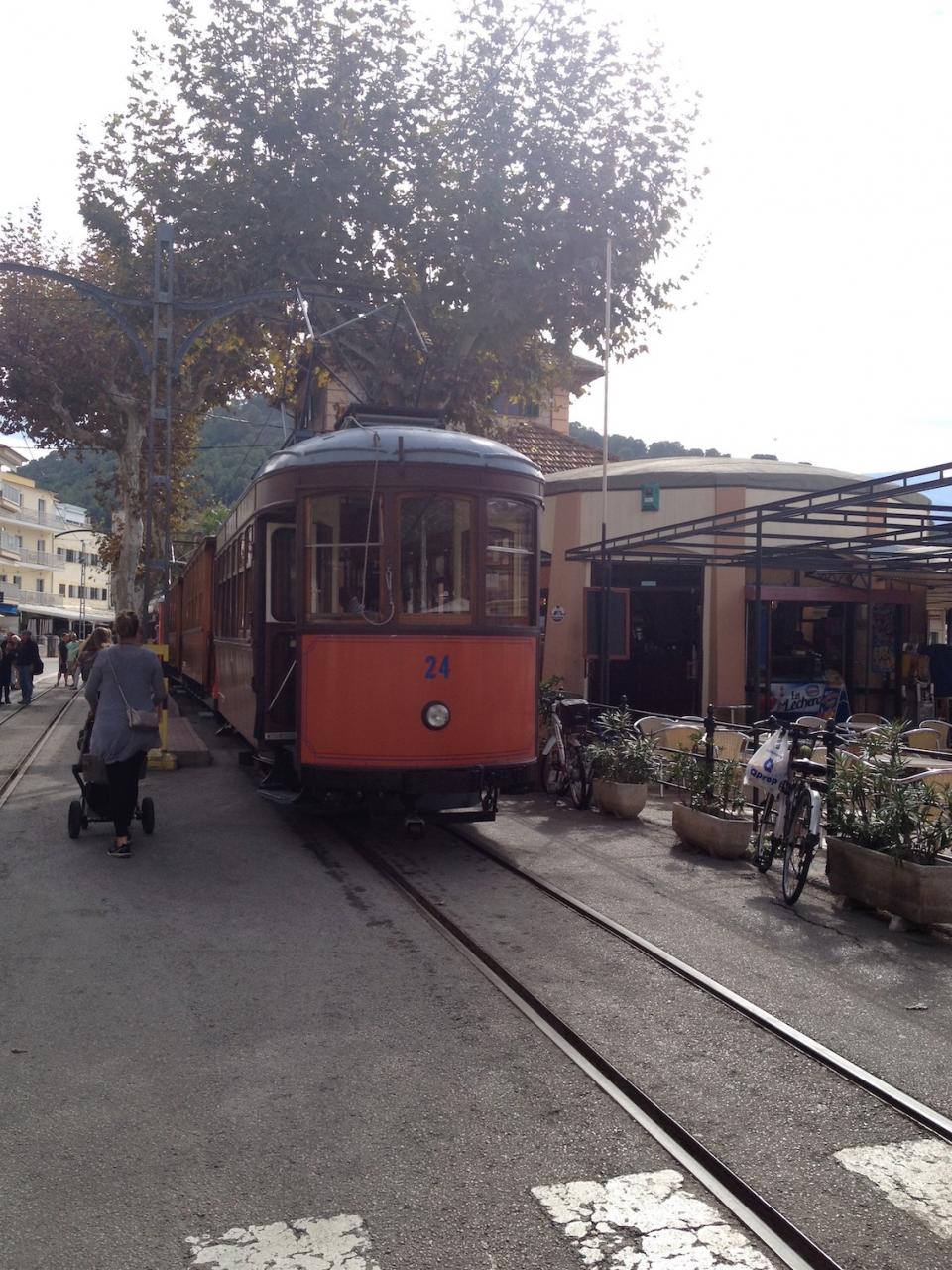 Vintage trams have been ferrying passengers and merchandise between Soller and Puerto Soller since 1913 and are one of the city’s biggest tourist attractions. The tram trundles down the hill between back gardens chock full of orange and lemon trees and on distant hillsides the olive groves are perfectly framed by mountain peaks. The journey takes about 30 minutes and the tram track runs almost the entire length of the port, which has a beautiful sandy beach, lots of hotels, bars and restaurants and a superb marina. 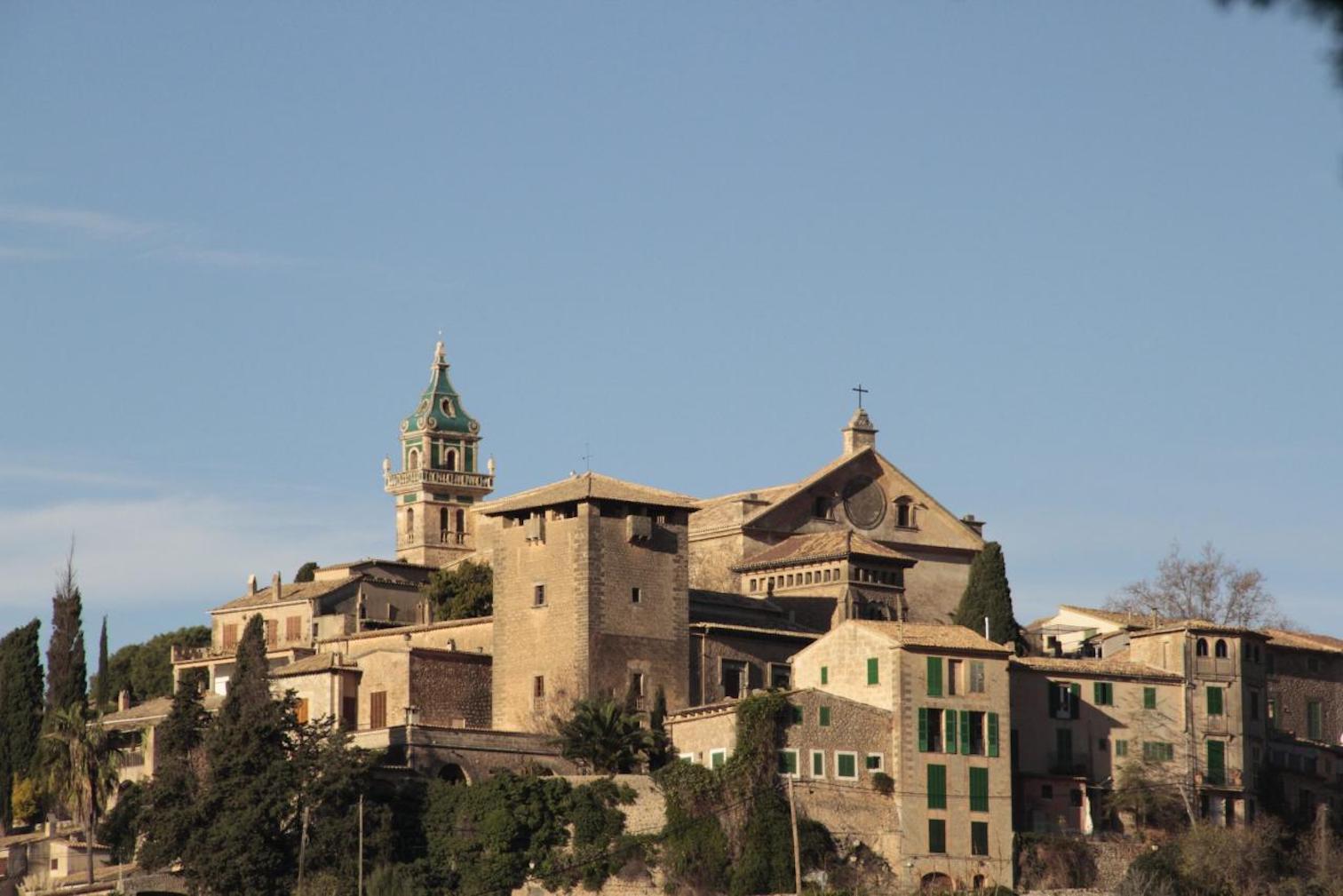 Culture lovers will love La Cartoixa in Valldemossa which was once home to the Polish composer and pianist, Frédéric Chopin and his wife, George Sand who wrote ‘A Winter in Mallorca’.

Just 10 minutes away is the Miramar Monastery. It was founded by King Jaume II in 1276 at the request of Ramon Llull with the aim of teaching Arabic and other languages to missionaries who were trying to convert African Muslims to Christianity. It was bought by the Archduke Luis Salvador of Austria in the 19th Century, who fell in love with the estate and restored it to its former glory. In 1870, the Archduke snapped up the Son Marroig Estate where he created a stunning mediterranean garden and built a white marble pavilion with magnificent coastal views, which has become a favourite location for weddings. 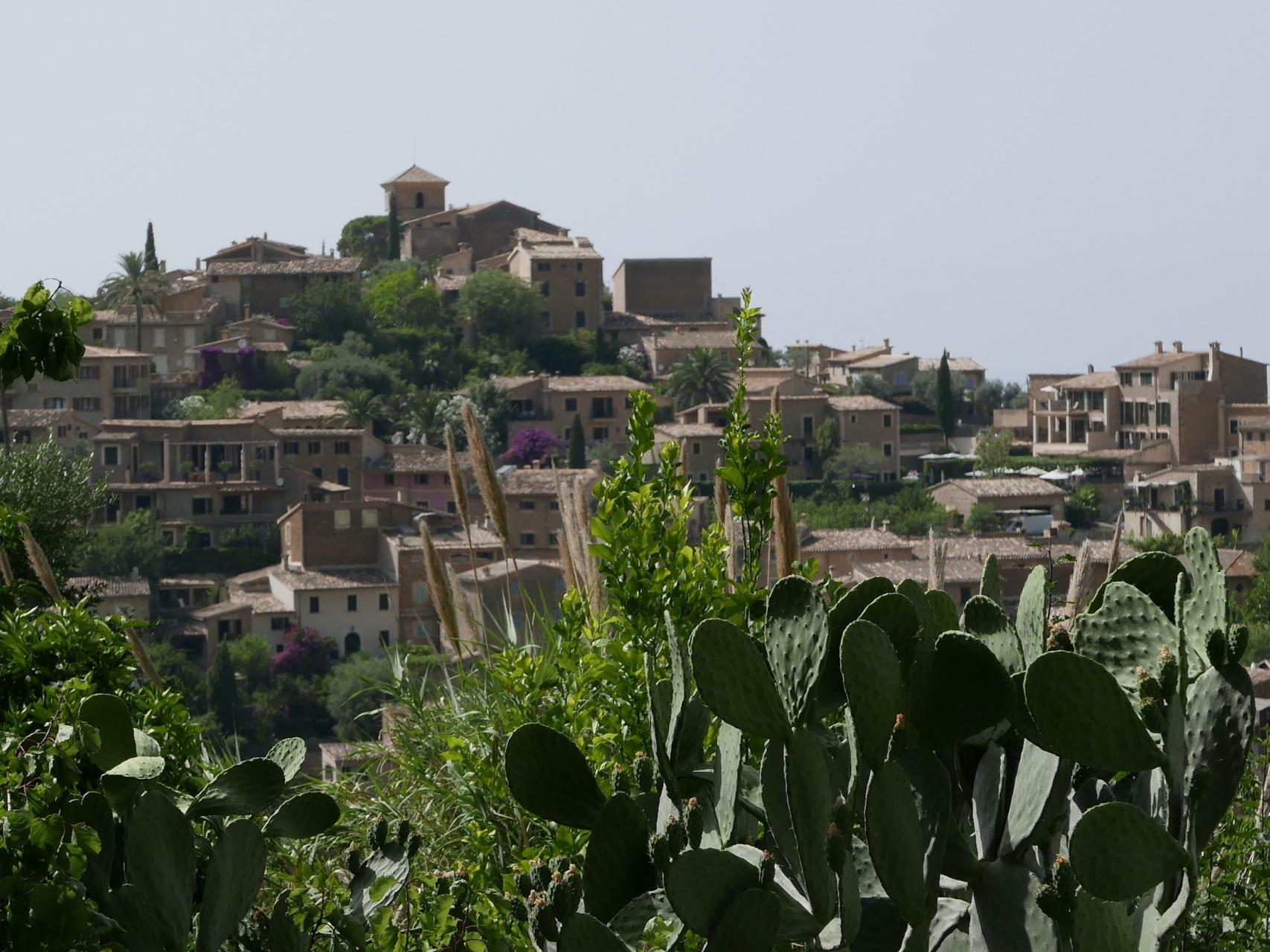 The British poet and author, Robert Graves lived in Deya with his lover, Laura Riding from 1929 until the outbreak of the Spanish Civil War, then returned to Mallorca after World War II with his new partner, Beryl Hodge, whom he later married.

He introduced a raft of artists and Hollywood celebrities to Deya and was a very powerful figure in the village. He reportedly stopped some urbanisations being built in Cala Deya.

Robert Graves died in December 1985 and is buried under a cypress tree in Deya graveyard. His Ca n’Alluny home was refurbished in 2016 and opened to the public.

Every year, writers, critics, editors and teachers from all over the world travel to the Formentor peninsula, for the Converses Literàries, which has become one of the top events on the literary world calendar.

The Literary Conversations echo the spirit of Count Keyserling’s ‘The Week of Wisdom in the 1930s and Camilo Jose Cela’s Poetic Conversations in the 1950’s.