Photos in Hola magazine released this morning indicate that Rafa Nadal's wife, Xisca Perelló, is pregnant with their first child.

On Sunday, June 5, when Nadal was playing the final of the French Open, speculation started that she was pregnant because of her loose clothing. When they posed for a photo with the Musketeers Cup, the French Open trophy, she held the cup in front of her stomach. 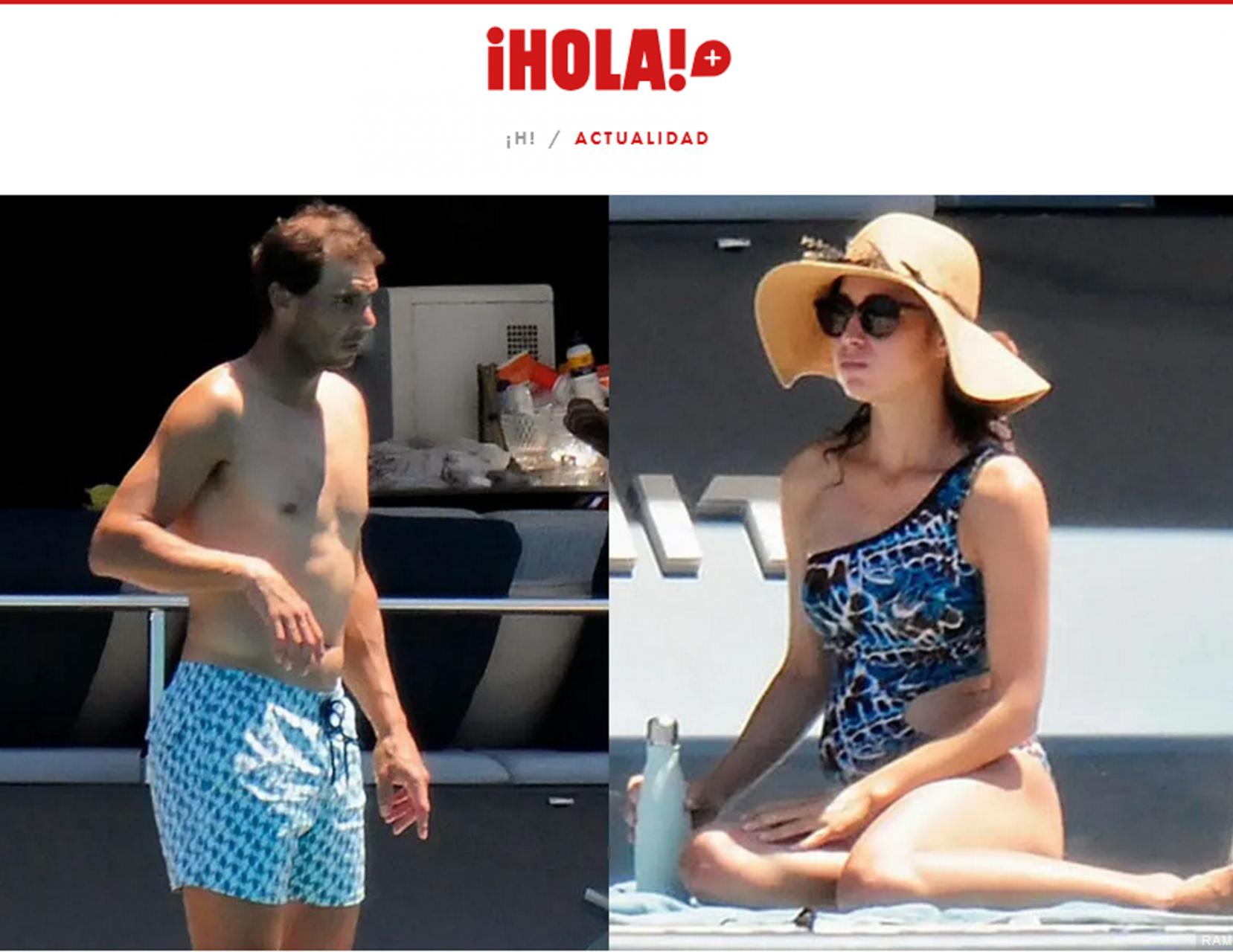 It is understood that the couple's friends and family have known about the pregnancy since at least the start of last week.

At present, neither Nadal, 36, or his wife, 33, have commented publicly. There again, they prefer to keep their private life just that - private.

The couple's wedding was on October 19, 2019 in a private ceremony at Sa Fortalesa in Pollensa.

Rafa's wife and her long flowing clothes....could they be hiding a secret?

Nadal will be honoured by the Balearic government this morning after he won his 14th French Open title.