From the Addams family to the island

Catherine Zeta Jones has won plenty of praise since the release of a trailer of her new Netflix series, The Addams Family, which is expected to be screened this winter. The Welsh actress is enjoying a well deserved rest at her Mallorca home at the moment alongside husband, Michael Douglas. 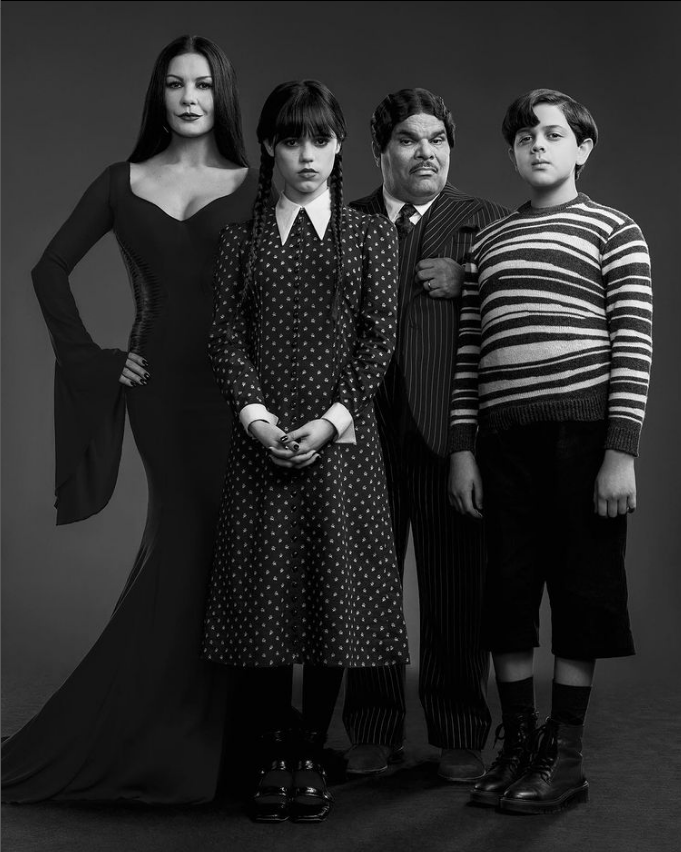 "Catherine Zeta-Jones looked nothing short of sensational as she transformed into Morticia Addams in a first look image of new Netflix series Wednesday. The actress, 52, donned a form-fitting black dress and sleek raven locks as she joined the rest of the creepy clan in a black and white image ahead of the show's release," said the Daily Mail.

Zeta-Jones follows in the footsteps of actress Anjelica Huston, who portrayed the creepy mother figure in two “Addams” movies in the 1990s.

The spooky photographs, released by Netflix, also include a black-and-white family portrait of “You” alum Jenna Ortega as Wednesday Addams, Isaac Ordonez as Pugsley and Luis Guzmán as Gomez, Morticia’s husband.