And, Don't drive so close to me!

· Perhaps predictably, it appears that traffic controls are being stepped up to limit the amount of cars that are parking at certain points up-and-down the Tramuntana Mountain range. As reported in the Bulletin on Sunday, cars are being parked near certain walking routes over the weekends and are causing havoc for locals who are becoming either blocked into their homes or having property damaged by inconsiderate motorists.

Indeed, as a regular weekend hiker myself, I have noticed a surge in the number of people out-and-about and generally ‘taking in’ the undoubted autumnal beauty of the island. Happily, I haven’t yet encountered the sort of traffic jams at certain popular walking spots, but there is no doubt that more and more islanders are taking advantage of generally fine weather we have been enjoying so far this October and November.

Hopefully with some common-sense and sensitive policing on both sides, locals and weekend walkers alike can live in harmony. As I’m currently in that state-of-grace called semi-retirement, I am able to do some of my walking midweek rather than to be forced to do it on a Saturday or Sunday.

The one thing that has struck me when I talk of a “surge’ in the number of people walking, it’s not the usual ‘ruck-sacked’ suspects tramping the Trumuntana’s hills, but - whole families out for a hike; groups of ten people or more, including young children, discovering (rediscovering!) the island for themselves. It could well be that one of the rare positives that will come out of this Covid-19 crisis, will be the fact that because of some rather obvious social limitations introduced over the past months; could it be that here in Majorca, walking has become the new rock-n-roll?

· I like to think that I try to keep you abreast of my latest fixations in these trying times! So I wondered if I might share with you a couple of personal irritations that have come to the fore over the past few weeks. Now then, some of you may mock my shallow grievances, but my email inbox is kept ticking over nicely by readers who tend to agree with me, but dare not share my thoughts with partners or friends for fear of being labelled either weird, obsessive, or just plain bonkers.

For instance, don’t you hate it when you are driving along minding your own business maintaining a decent speed (my name is not Reginald Molehusband after all!) when the car behind is so close you can hardly see him/her in your rear-view mirror? Honestly, you will have to believe me when I say that I don’t hang about myself, but whether it be on the Cinctura or driving through a sleepy village, there is always someone ‘up-your-backside’ with nowhere to go.

Let me explain. The motorist as ‘moron’ can’t overtake you even if he wanted to ‘cos you are either in a solid three-lane line of traffic, or - driving through the aforementioned village’s narrow streets. Anyway, I like to constantly ‘dab’ my brakes to keep them on their toes! Incidentally, have you noticed that this type of driver always sits really low in his seat, with just the top of his head showing as if he were Lewis Hamilton - which, thinking about it, is the impression he probably wants to give fellow motorists. How sad is that? 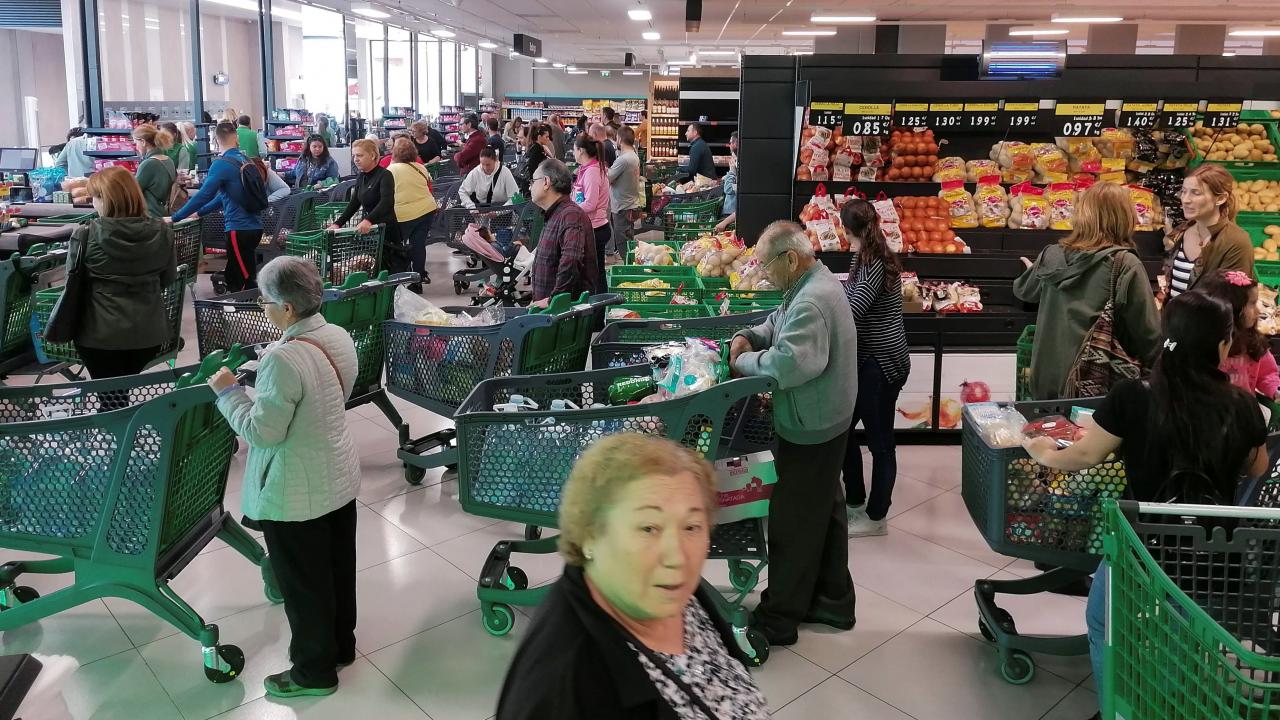 FIXATION (2)
· Hey, I haven’t finished just yet! Picture the scene - you are at the checkouts at your local supermarket and just if front of you is a trolley full of goods but with no shopper to go with it. As you inch your way to the cashier and with no one in sight, you circumvent the pilotless trolley and start to unload your own goods. I do hope you’re keeping up with all this? Halfway through this exercise a woman appears and starts to remonstrate with you because she says that you have jumped-the-queue. Naturally enough being English I just gave her one of my superior looks and carried on doing what I was doing. As I paid my bill, the lady cashier told me that what she was doing has become common practice, not by people who have genuinely forgotten an item of shopping, but by people who don’t think that they shouldn’t suffer the inconvenience of patiently waiting in line like the rest of us when they have finally completed their weekly ‘shop’ on a busy Saturday morning. I’m afraid I will not be taking bets on the nationality of those mainly involved in this practice! 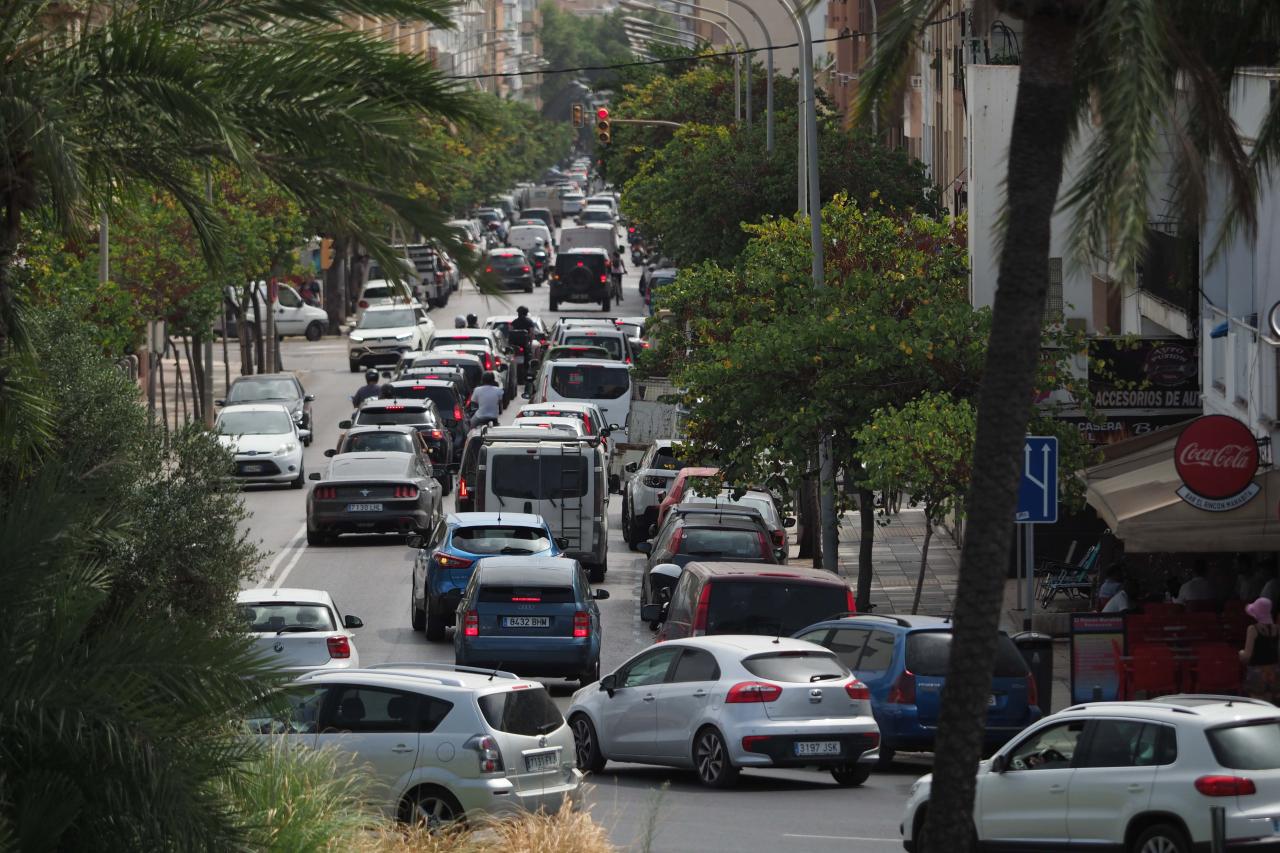 FIXATION (3)
· I suppose it might be something to do with living in Spain, but - why is everything so loud? And before you rush to condemn me for slighting our Spanish hosts, can I make the point that I sat next to a group of British women the other day and by the end of my coffee my ears were ringing. There seems to be no escape. Every morning at 0730hrs sharp, a group of garrulous local ladies pass my house after a vigorous walk up the valley. Dear Lord, compared to them - enduring a series of sonic-booms would be more restful. And just in case you believe me to be sexist in my abhorrence of ultra decibel shattering conversations, men can be - and are, as bad.

What happened to the whispered aside I wonder, the measured enunciation of the group of pals having a beer together? At my local pub/bar there are times that I can truly not hear myself think. My pal tells me it’s the acoustics of the place, but with fifteen blokes all shouting at the same time, you’d have to be having a drink outside a padded cell not to hear them. Naturally, what happens is this - your own conversation level gets higher and higher and when a woman of my acquaintance arrives - the first thing she says is - “Why are you SHOUTING?”