The art of putting up Christmas decorations - Plus, the new cintura speed limit

I jokingly mentioned a week or so ago that I was about to put up our Christmas decorations even though we were only within limping distance of December. Well, my little joke turned into reality this past weekend as I raided my shed and found a rather nice fake tree, plus baubles and bangles and all manner of tree lights that haven’t been used in almost a decade. However, my excuse for this late November surge of Xmas activity was that the weather was wet and miserable, so perhaps an ideal time to brighten up our place in anticipation for the forthcoming yuletide.

Or was I just using that as an alibi? Anyway, it didn’t take long to find out via social media that many other friends both here in Majorca and in the UK were doing the exact same thing as us at the weekend. It also has to be said that friends and family are talking about Christmas with more gusto than I can remember for quite some time. People seem determined to do the best they can this year within the Covid-19 protocols laid down by government. Could it be that in some way or other folk are determined to make Christmas special in a very difficult year? Rather embarrassingly I have already just completed our Christmas card list already (I’m told that I have nice handwriting!) and set about sending a bundle of them to Blighty on Monday joining a long queue at my local post office. Surprise, surprise! - also in that line of people were three other exiled Brits, sheepishly intent on posting off their Christmas cards a little on the early side…under the self same excuse of the general unreliability of the Spanish postal system.

I like to think that I have a certain visual flair on occasions, but not it seems when putting up Christmas decorations; well, not according to a certain woman I live with anyway. As she dressed the tree, I took it upon myself to decorate the mantelpiece and surrounding area - oh dear WRONG! Come on, does a person really need an arts degree to stick a few bits of fake greenery around a fireplace? In fact, I was ordered to leave the fancy design stuff to her and just make sure the various fairy lights worked properly and not to touch anything else under pain of…no dinner! It did cross my mind however, that our tableaux of festive endeavour was being repeated across the island and more than likely in every vaguely Christian household anywhere. Indeed, just as a huge row will inevitably follow any attempt at putting together IKEA furniture, so will crossed words be exchanged regarding the placing of - for instance, tinsel, in the wrong place and within the wrong context.

Then there is the question of what can be only described as “naff” decorations and whether they should be put up or not. For instance, as a child I had a great fondness for looped pieces of coloured paper that we kids would string across our front room - unhappily they are verboten in our gaff! Never mind though - last Saturday and Sunday’s ‘dec-days’ cheered me up considerably, and I think that we all could do with cheering up don’t you?

VIA CINTURA - SLAMMING ON THE BRAKES

Outside of the usual virus inspired news stories recently, the one that seems to have angered a fair proportion of local people, has been the news that the via Cintura is to have its speed limit dropped from 120kph to 80kph. First up - I have to say that some of the worst driving I have witnessed across three continents in more than 50 years of driving, has been on this ring road around Palma. Perhaps, I should leave that thought hanging there…! Anyway, it seems that the authorities believe that a lessening of the speed limit will help both the flow of traffic at any given time and at the same time reduce car emissions and thus cut pollution. 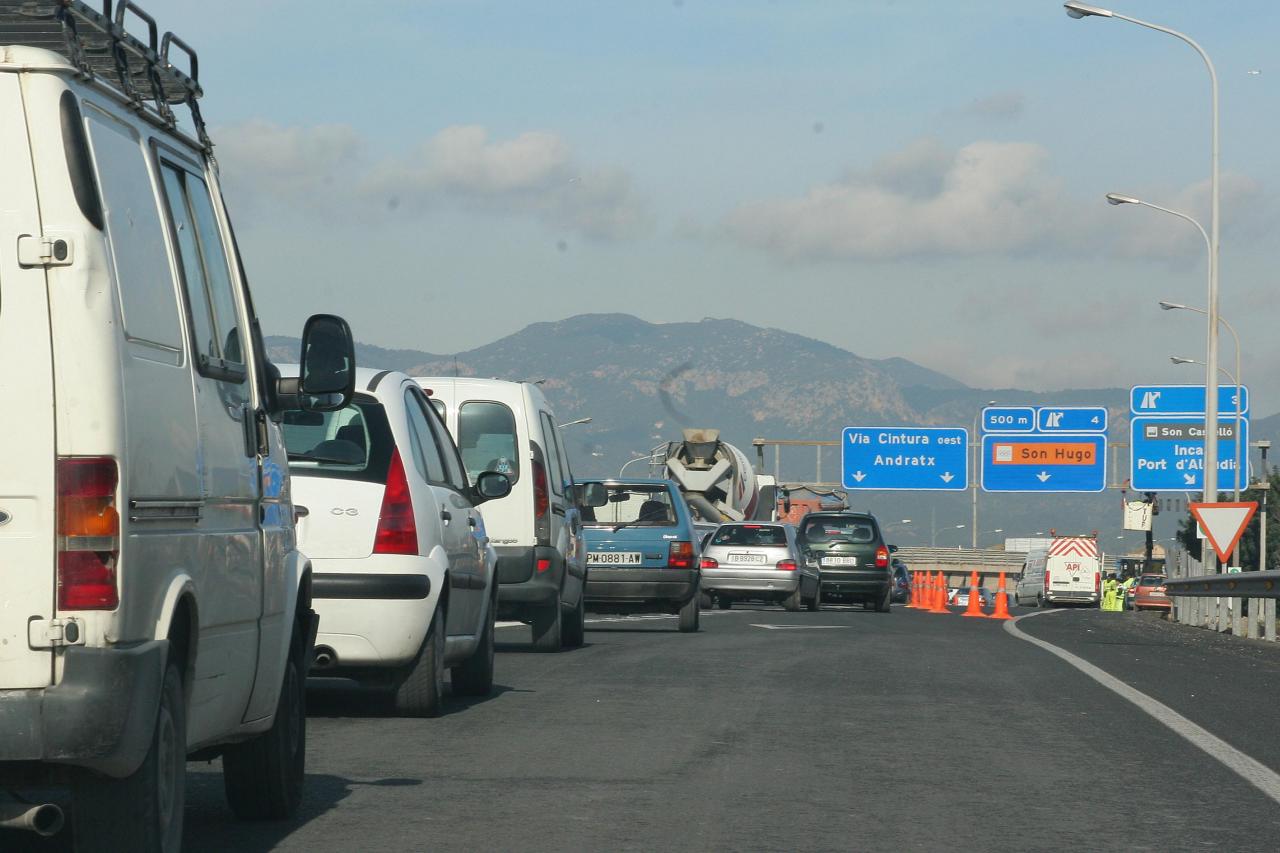 An admirable thought you would suppose. However, there are cynics out there who claim that this soon to be imposed speed limit, is not about pollution control, but - a cheap and easy way to raise revenue during these harsh financial times. Indeed, I well remember a Bulletin story a few months ago, where we listed the revenues collected via speed traps on busy roads across the island; put it tis way - they were not inconsiderable. I suspect this debate will rage-and-rage for some time yet and I have sympathies on both sides of the argument. Nevertheless, wouldn’t it have been a better and more obvious plan, to reduce the speed limit to a reasonable 100kph rather than to court controversy and accusations of unfair revenue raising by dropping the limit to a lowly (for a major ring road!) 80kph? Without doubt, this will not be the last time we read of this particular story in the MDB.

Sometimes the whole argument regarding Covid-19 and all its works come home to roost. Early last week, my 42 year-old son tested positive for Covid-19. He says his symptoms felt like a heavy cold with flu-like aches and pains. I am pleased to report that he felt much better after three or four days - but, he and his wife (who is a nurse) and two young sons have had to self-isolate within the normal UK proscribed protocol. I can tell you this - when a loved one gets the virus, it really does concentrate the mind - and immediately some of those weird and wonderful conspiracy theories, become quite ludicrous and rather dangerous.

Nevertheless, talking to James - he seems to know the ‘line of infection’ which believe it or not, may have started at his local rugby club, where a group of his friends watched an international match on the television. Ironically, he never went himself because of the threat of infection. It strikes me that all we hear about sometimes, in regard to the pandemic, is the extremes. Am I the only person who gets very tired indeed of those two polar opposite views i.e. the Covid-19 ‘Deniers’ and their opposite numbers the ‘Shroud wavers’ both competing to disinform us with their half-baked, or over-cooked views? Enough already!