A nude on a beach in January? plus - a murmuration of starlings and missing hand-sanitisers!

I must confess that in today’s ‘Confidential’ I will be lurching from one unlikely subject to another in a most alarming fashion. Indeed, it was only over the weekend that I wondered what on earth I would write about this morning with the island in semi-lockdown - and then strange things started happening. It started on Monday afternoon as we took our daily ‘constitutional’ walk so as to blow away the weekends cobwebs.

As we mooched along one of Paguera’s three bays, I noticed in the middle distance, what looked like a professional photographer and his nude model frolicking about at the waters edge. If it were July, I guess I would have been not so interested in this unlikely tableaux - but a cold and cloudy afternoon in mid January? Let me set the scene. A young lady completely in the nude, is striking various poses at the waters edge as a photographer scampers around her - kit and equipment slung over his shoulder, accompanied by a large black dog!

Happily, as the chap reloads his camera with new film (I am slightly old fashioned, I know!) the young woman covers her modesty with some sort of dressing gown prior to him arranging her around a redundant beach rescue tower for the next shot. As you can imagine, I am fascinated by all this and was about to take a picture of the proceedings myself with my phone so that it could accompany this piece, when a certain person snatched my phone from my grasp whilst shaking her head. Now you will never know if I was having a lockdown hallucination or not, will you?

ITS BIRD POO YOU KNOW!

Whilst you contemplate nude beach photography taking place in January - I would like to move on somewhat to the subject of starling poo! Do you know, I have wondered for some time what was covering cars and pavements with purple blobs everywhere I should go at this time of year - now I know. Honestly, I realise that I should get out more, but - it seems that large murmurations of starlings, can and do, er - deposit their waste en-masse whenever the fancy takes them.

So then, a friend of mine has had her house in Palmanova bombarded with the stuff - roof, walls, walkways - everywhere it seems, but worst of all, she tells me that the stuff(!) is almost impossible to clean off almost any surface. As mentioned before, I always thought that this colourful c*** was squashed olives or something similar - but no, it comes in abundance at this time of year apparently.

And now for something completely different! Has anyone else noticed that in island supermarkets, liquid hand sanitisation has become a rather hit-and-miss affair? By this I mean that on my last three visits to two separate local supermarkets they had all run-out of the aforementioned sanitiser and nobody within the stores seemed much bothered by that situation when their attention was drawn to the fact.

You will have to take my word for the fact that I’m not one of those Covid-19 obsessives who seek to find fault with almost anything that stores ‘do or don’t do’ regarding keeping the public safe. Nevertheless, it is perhaps only to be expected that certain standards dip rather as we move to within a year of the start of the crisis. However, before we all become rather critical of dropping standards, let’s remind ourselves just how careful we are here in Mallorca compared to the United Kingdom.

All three of our UK based family units are quite happy to confirm that the coronavirus measures we take for granted here are still widely ignored back in the home country. Sons and daughters tell tales of ‘mask-less’ supermarkets that have never had hand sanitisers at any time - and a need for heavily built security guards to patrol the aisles of their local Co-op stores. I guess we are all best off being here - what do you think? 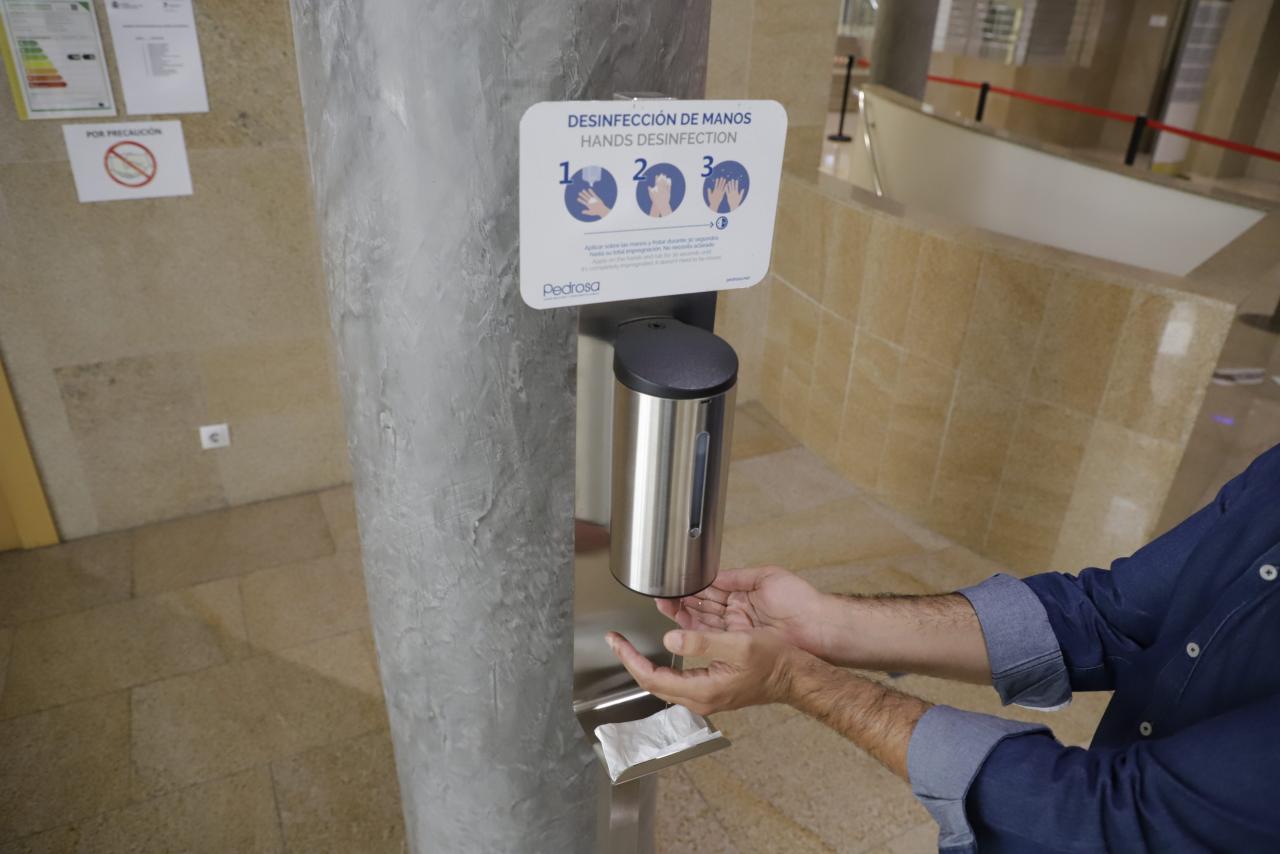 For my last segment in this weeks ‘Confidential’ I have to thank my friend and Radio One Mallorca Breakfast Show presenter, Richie Prior. On social media and on his show, Richie has been highlighting the fact that both outgoing and incoming post to the United Kingdom in particular has become incredibly unreliable. I can’t speak of other countries, only to say that at the moment we can’t send letters or parcels to our family in Australia.

But, that is almost besides the point, given the fact that within Europe postal services are at the best hit-and-miss and at the worst absolutely hopeless. Christmas cards and presents that were sent in plenty of time have just seemingly disappeared in both directions. More critically, I am told that formal letters regarding legal matters, banking and other communications that can’t be done via the internet are causing real problems for some people. The lack of flights and the recent appalling weather that had grounded flights to-and-from Madrid has clearly not helped, but I would have thought that some sort of explanation might have been forthcoming from Correos the British Post Office and other similar agencies - but so far, deafening silence.

Interestingly, some people are pointing the finger at Brexit and all its works for this problem, but in this specific case? - I doubt it somehow. Although you don’t have to look too far on social media to be informed that certain ‘special’ deliveries from the United Kingdom have been attracting significant ‘charges’ that are apparently one of the consequence of Britain’s departure from the European Union. Nevertheless, people will only make uniformed guesses if they don’t have the proper facts at hand for any of the above problems. Is it too much to ask that people who are affected by these unwelcome difficulties with their mail are given the facts as to how and why? 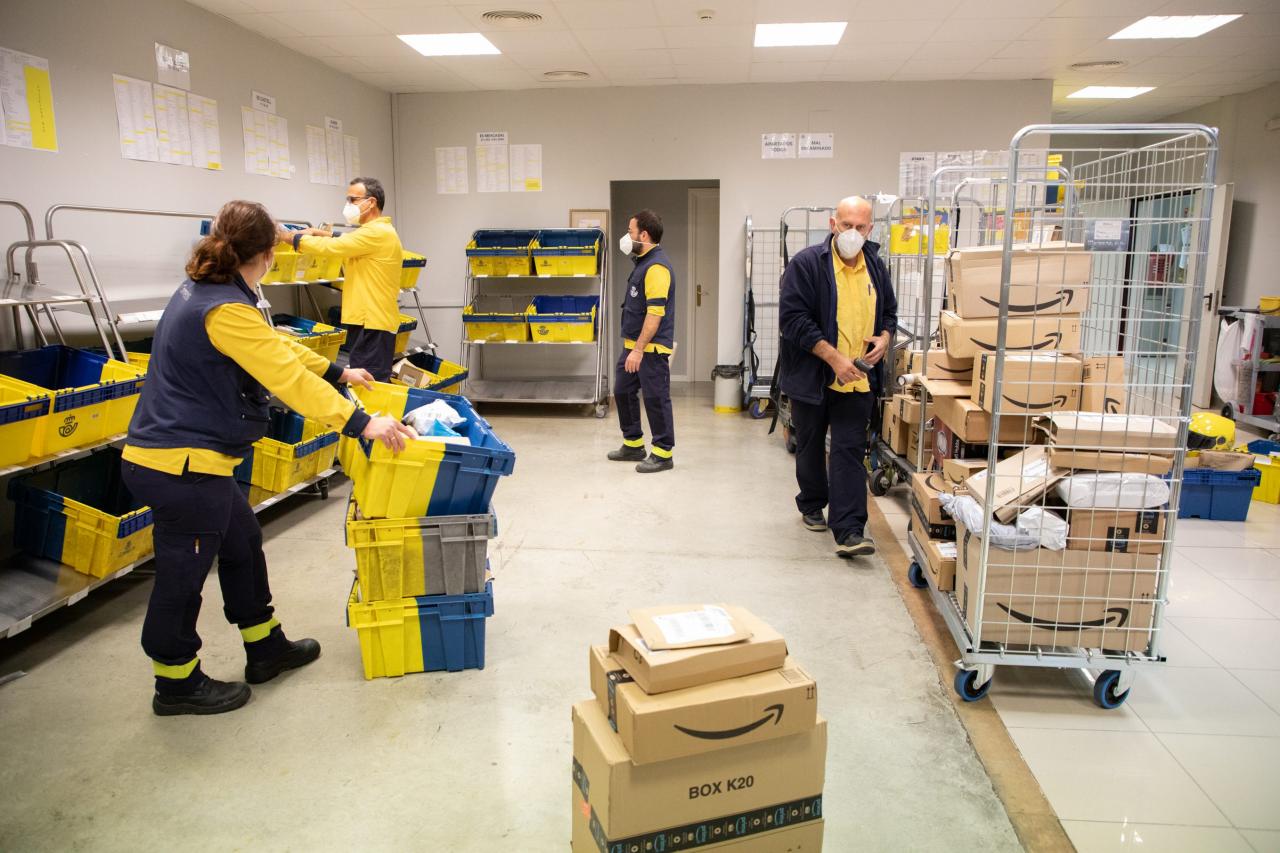