Are you Staying Local? Plus - getting the size right and motorcycle mayhem!

I have mentioned in passing a few times in these columns that the pandemic and the subsequent lockdowns have had a number of effects on us all. Some well recorded, others less so, because the feelings that are induced just creep up on you.

As someone who hasn’t visited Bulletin Towers in Palma for well over a year where in the past I would pop-in and annoy colleagues regularly as a matter of course, nowadays a proposed trip to Palma is something to be cautious of, or perhaps slightly nervous about.

Yes, really! I bet that a lot of people reading this will have similar feelings and depending on work commitments and the like, prefer to stay local in all sorts of ways. For instance where I live in the far south-west of the island, to travel anywhere east of Paguera seems a bit like a step into the unknown.

Silly I know, but anyone who has taken notice of the governmental strictures of the past year hasn’t been gallivanting about the island as we all once did. Indeed, the slogan “Keep It Local” has worked on a number of different levels. Nevertheless, it was always the case, that wherever a person lived there was an undeniable pattern of travel that most people unconsciously adhered to.

Put simply, most people live and socialise in a ten kilometre arc from where they live. Naturally, your place of work would alter this dynamic slightly, but - most people don’t socialise near or around where they work on a regular basis.

So then, one could argue that limiting a persons travel options is not really a big deal at all. Nevertheless, I believe that it is the thought of any restrictions, rather than the reality which really upsets people the most. Some would say that each individual has a geographical ‘Zone’ in which we feel most comfortable.

My own thoughts are that this theory does make senses, nevertheless different age groups in particular quite naturally have very different perceptions on this subject. Indeed, it’s hardly surprising that young people want to get out-and-about and live their lives, pandemic or no pandemic - whereas we of an older generation look for the safety and comfort of familiar surroundings and it was ever thus.

I know this might sound daft, but I do wonder sometimes if certain clothing outlets on the island have a very different sizing scale for measuring a customers vital statistics. Take for instance a recent shopping expedition to buy myself some shorts and other summer gear.

Alas, we are not talking of an expedition to the rather stylish Massimo Dutti men’s outfitters at the posh end of the Born in Palma - but, a well known French retail outlet situated just off the cintura.

Don’t ask! Anyway, when I took home the rather smart shorts I had purchased and a packet of - wait for it….underpants I needed, I discovered that I couldn’t get into any of them. Before you smirk to yourself and mutter “So what fatso?” 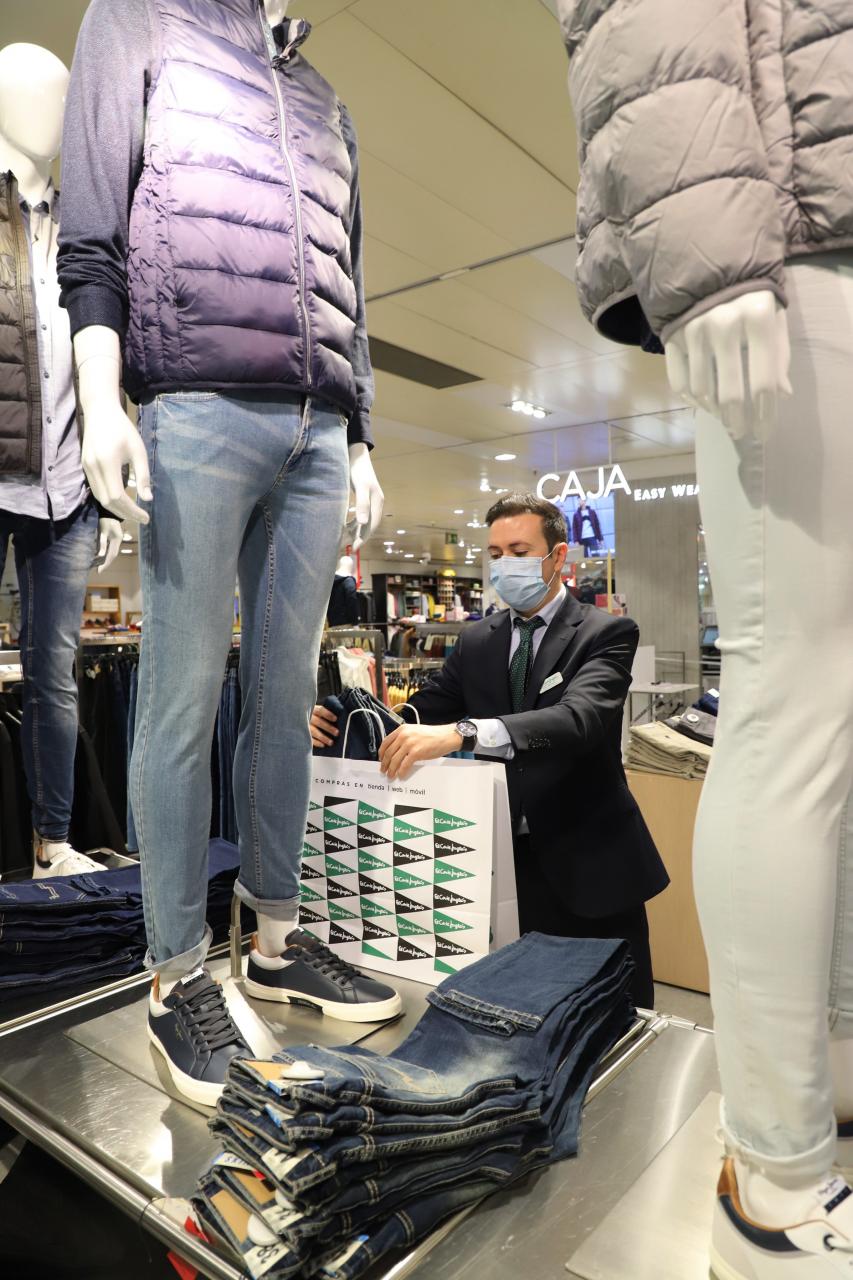 under your breath in a really unpleasant manner, I’d like to point out to you that over the past two months I have lost almost four kilos in weight - or more than half-a-stone in real money.

Part of the reason for splashing out in this manner was because my old shorts hung off me in an alarming manner. Where was I?

Oh yes, it seems to me that the ‘sizing’ of any clothing in many stores is erratic to say the least and very often completely random. It also should be remembered that changing rooms are often closed because of Covid-19 so chances are you can’t try anything on to make sure.

Indeed, those shorts I bought were the exact same size as I had bought previously, prior to my amazing and quite remarkable weight loss and I couldn’t get anywhere near them.

Now then, I also purchased a two pack of white underpants, but before I committed to buying them Julie rather boldly tore open a number of pant packs and held them against me to make sure - well, you know what I mean?

It turns out that the only set of pants that I could possibly get into were labelled XXL - Oh the humiliation of it all, or - I wonder!

l Has anyone else noticed that at this time of year and over the past holiday weekend, there are hordes of motorcyclists on the road? I have taken to studying the make-up of these groups as they roar around the island.

Indeed, the roundabout down the road from where we live is a sort of ‘pit-stop’ area for them all. As a people-watcher of many years standing I have found there to be about four separate groupings who like to whizz around the island on Bank Holiday weekends.

First-up we have the ageing Hell’s Angel’s complete with large bikes that have extremely wide handlebars and they are all knocking on a bit and have long grey hair and beards - but crucially, rarely do they include women. 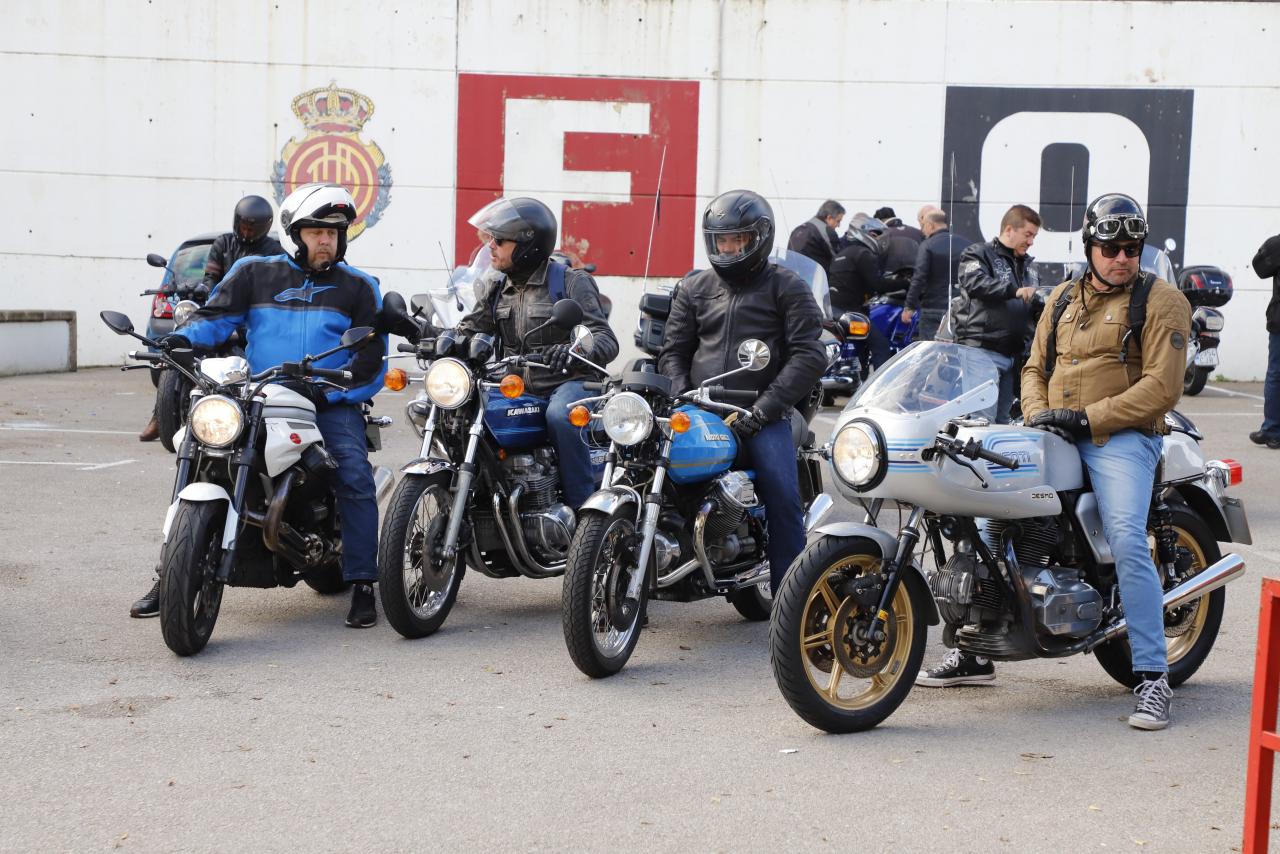 The next group are sort of tyro rockers, they have state of the art low-slung bikes, the latest in leather gear and are often accompanied by attractive young women - okay, I noticed! Then we have local lads whizzing about on under-powered, yet very noisy motorbikes, each seemingly competing for the title ‘Noisiest little b****** in the village.”

Last, but not least - we have Mr & Mrs ancient ‘pop-pop.’ This grouping mainly consists of villagers pootling around our island on unlicensed vehicles. They will also on occasions carry small children, dogs, shopping and other items as they weave their way unsteadily to wherever they’re going.

However, these local motorcyclists are joined at this time of year by the ‘Tourist Tricyclists’ this being groups of people - young and old, male and female who come to Majorca just to annoy me. As I say, they are mostly tourists that I did hope would give us all a miss this year but apparently not.

Suffice it to say, that these chaps specialise in driving up country lanes (including mine) very noisily and in great numbers i.e. if one roars past you, you just know that another ten will follow closely behind. Next week I will be outlining for you the various groupings of cyclists that can….and do, get on my wick!