Confidential: Are you a travel optimist or pessimist? plus - trying not to be "Rubbish" at Re-cycling

A bit like Russian roulette for the terminally optimistic

On Friday of this week it will have been exactly a year since we arrived back on the island after a 10 day visit to the UK for my nephews wedding turned into nine long weeks. Perhaps this part of the reason why I am being extremely cautious about our usual summer stay in the olde-country where we usually holiday in Cornwall or Devon with our extended family.

Happy that we have just had our first Covid vaccination last week and the second one is due at the end of this month, there still appears to be too many ‘If’s but’s and maybe’s’ regarding - where-and-when we can travel, to feel totally comfortable just yet.

I have to say that a certain degree of confusion often haunts me, however, when it comes to Covid-19, if you factor in travel possibilities (or impossibilities) for the next few months, it amounts to a wild stab in the dark at best, given the confusing signals emanating from governments, airlines and special interest groups.

Indeed, all a person has to do to put the frighteners on themselves is to spend 30 minutes on social media absorbing what seems like wild speculation mixed with an element of exaggeration and a large dollop of hearsay. I must say that I have nothing but a sort of admiration for friends here and family in the UK who seem determined to book holiday flights for next Tuesday week for the rest of the summer determined to get somewhere, anywhere - and damn the inevitable cancellations.

A bit like Russian roulette for the terminally optimistic. I wonder if you have also noticed that seriously sensible people like to believe what they want to believe to an extraordinary degree and at the other extreme, we have the doom-mongers, who have mastered the pursed lip look and slight shake of the head whenever talk gets around to trying to get back to the United Kingdom sometime in the not too distant future.

Generally, I think that people will mostly mentally adjust any governmental statement to fit-in with what they want to happen. Hey, I’ve done it myself. But getting stuck away from home for months upon end, does tend to concentrate a persons views on travel into a more pessimistic mindset.

There was a fascinating article in a British online newspaper recently that suggested that 6 out of 10 people surveyed said that they were “rubbish” at recycling. In the UK it seems, this is more to do with the ever more complicated rules and regulations of recycling rather than a rejection of the concept of sorting out household waste properly.

Naturally enough, as we are talking of the UK in this matter, we would expect that if a local authority nose-poker would seek to make the whole process a little more complicated than it should be, because they would have a whole department to which they had to justify its existence. 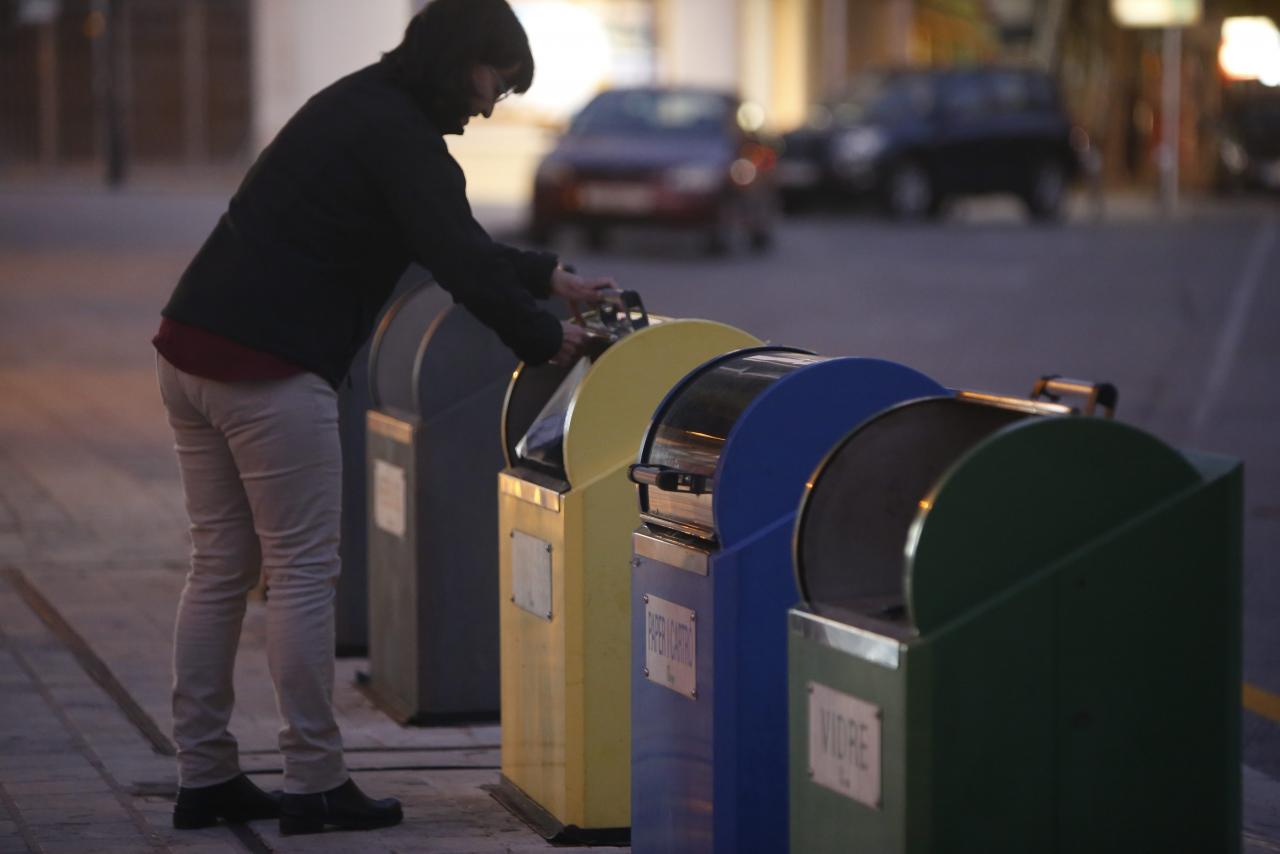 I wonder whether here in Mallorca we could do with a little of this ‘jobsworth’ mentality, so as to encourage more of us to re-cycle? I am told that I have become a total bore when it comes to our household waste disposal. At the moment I’ve got six different bags of waste material on a weekly disposal loop; that includes everything such as - plastic, glass, tins, newspaper/paper, food waste and general garden material.

If someone (she knows who she is!) should seek to place an empty tin of tuna in the ‘plastic’ receptacle stand by for trouble and a long lecture whereupon I accuse her of environmental vandalism. Unhappily, she repeats a long held fragment of negative propaganda, where it seems that here in Mallorca no matter how much we recycling ‘loons’ compartmentalise our waste, it all gets thrown together because that’s what they do in Spain i.e. pretend to do one thing and then do the complete opposite.

Will someone tell me that this just isn’t true? By the way - when I was a lad our family unit consisted of mum and dad plus four kids. Once a week on a Wednesday a whistling bin man would pick up a medium sized metal dustbin and that would be it for another week. Consider this; there are two of us at ‘ours’ and we generate as much rubbish in a day than a family of six would in a week - in the olden days!

Those who know me, will tell you that I am an agreeable, nay patient soul, who likes to pootle off in my car to do my chores and take occasional jaunts across the island on a Sunday afternoon, stopping only to admire the countryside.

So I wonder why it is that every day this week someone has tried to raise my ire by driving so badly it has made me laugh. You know that feeling don’t you, when a taxi tries to undertake you when turning left at a T junction. 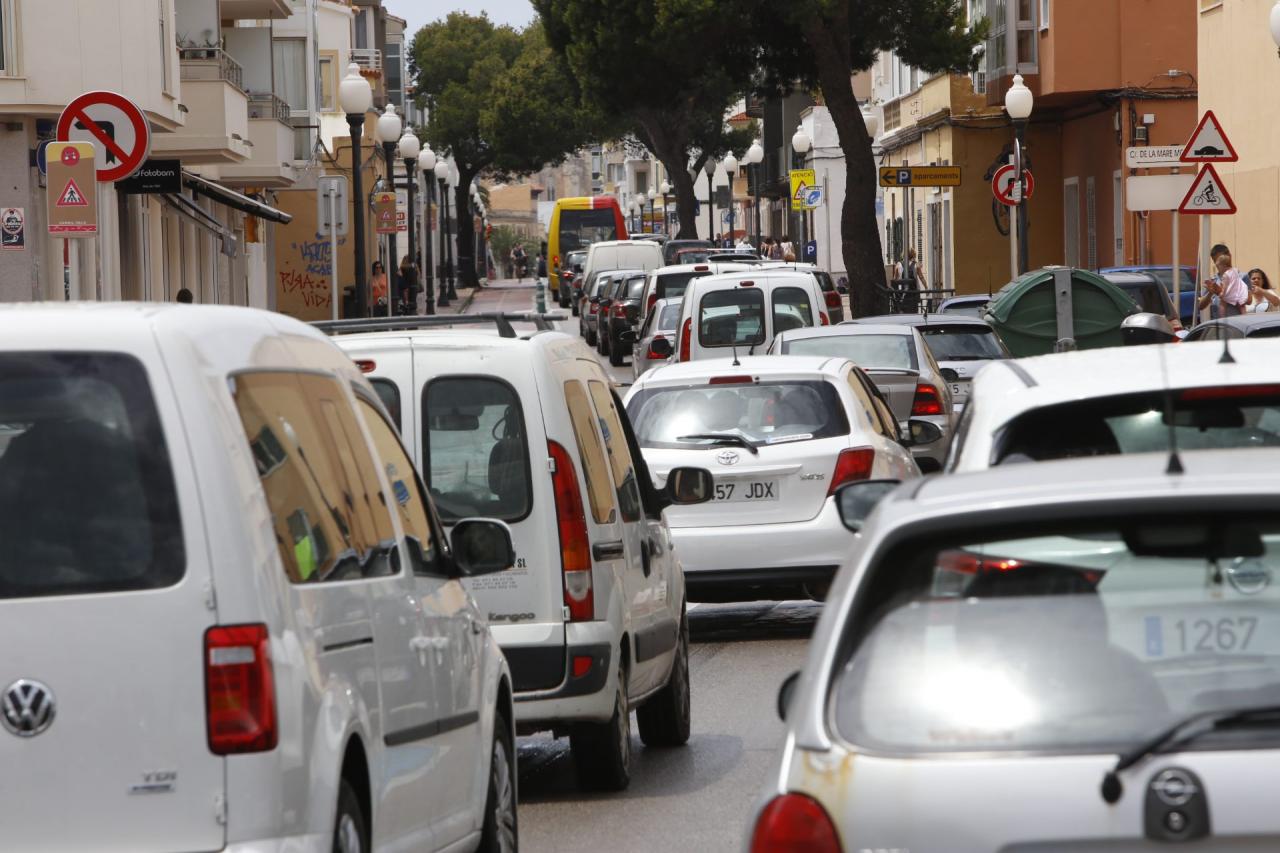 Then there was that time at 10.17hrs on Monday morning when a lady driver in front of me decided to stop and have a chat with her friends as they walked across a zebra crossing just outside the post office in Andratx town During their 3minute 15 seconds conversation I counted 13 cars in the tailback they caused and as I remonstrated with them, they both gave me the ‘finger’ in that time honoured fashion you save for when someone else is doing something wrong. Is it me?

Finally, I noticed that Sky News carried a news feature regarding Mallorca on Monday morning broadcast live from the port of Soller. The correspondent, stood on an empty beach in bright sunshine and gave a fair and realistic summary of where the island stood in terms of its tourism industry here struggling to get the season underway without tourists.

I have to say that in a few short minutes, it was the sort of oblique promotion that tourism authorities would pay serious money to have aired in the United Kingdom. Sometimes, it is quite revealing to hear about Mallorca and what it does so well, from an outside source, even in a pandemic.