UK spites Spain
There were high hopes that the Balearic Islands would be given Green List travel status by the UK government this week, given that the Covid-19 incident rate is so low here. I strongly believed that wouldn’t happen and I was proven right. Why?

The British government is still smarting over its treatment by Europe post Brexit and is desperate to cast as many blows as possible, right where it hurts. Tourism is the key to economic recovery for many European countries and so Bojo decided to strike in a fit of pique. In effect, he has helped cost thousands of jobs in the hospitality and travel sectors as hordes of small businesses will go to the wall. Most were barely surviving day by day, clinging to the belief that June would be D-Day and it has all come to nothing.

The British public is furious too. It has had a miserable time of it the last year and the public was looking forward to a holiday in the sunshine. Whether Bojo will wave his magic wand and allow Spain, for example, to be on the Green List in three weeks time is anyone’s guess but no doubt he’ll want his pound of flesh. Who knows what goes on behind the scenes but surely he’ll be insisting on a new Gibraltar deal or something unknown to us, the great unwashed.

Much as the UK government thinks it’s invincible, has no viable opposition, and can continue to act with impunity, it is wrong. As the huge demo in London illustrated, the weary public is beginning to vote with its feet. Europe will not forget this snub and Spain will not forgive easily and rightly so. As games of chess go, I hope old Bojo knows what he’s doing. European allies will be coming for him one day, like a pack of African wild dogs. I hope he’s ready.

Smoke-free Britain
I’m not a smoker but I take exception to the new law being passed that will ban smokers from having a fag outside on the street. The aim is to outlaw smoking by 2030. I know that smoking is a bad habit and can cost lives but surely it comes down to personal choice? 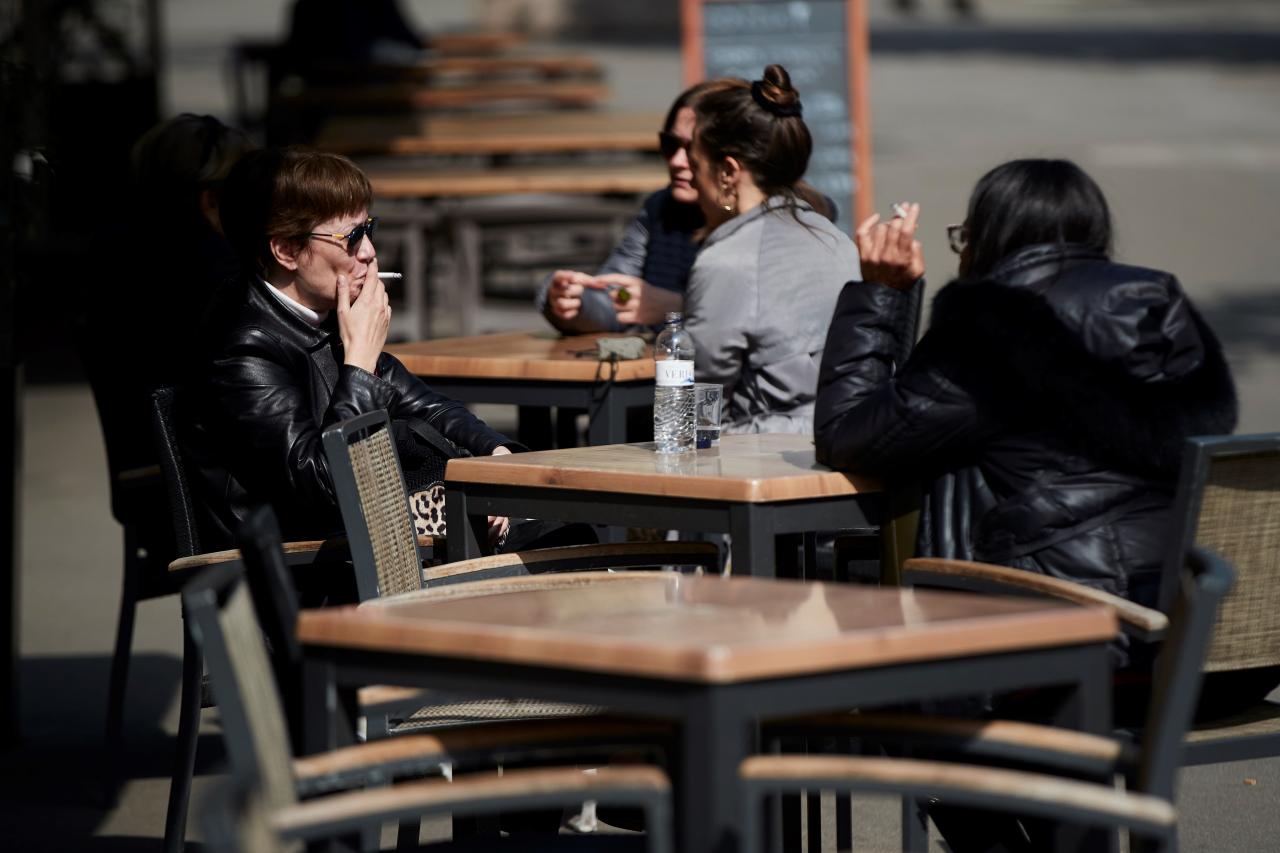 If someone chooses potentially to shorten their lives by having a puff, it is the decision of that individual. Why should an increasingly Big Brother, nannying state dictate how people decide to live their lives and what to put into their bodies? The hospitality industry is up in arms and rightly so. They’ve had enough and this is just the final straw.

What price freedom?
A massive Freedom rally was held in London last weekend. Did you know about it? Probably not because the UK media more or less blanked it. Nowadays, the British press has been effectively gagged as it is pressured not to report on any news that goes against public policy.

You won’t hear of anything that contradicts current Covid-19 propaganda being churned out by Number Ten’s PR machine. The skewered PR is rather like the magic broom in The Sorcerer’s Apprentice, churning out unstoppable scare-mongering bilge that has engulfed the public with terror and made it lose all reason. There are still some brave souls willing to step up to the plate, rather like those in the underground movement during WWII, who won’t be threatened into silence.

So, when tens of thousands of people – possibly as many as 100,000 – took to the streets all over London protesting about the demise of civil liberties in new post-Brexit, Covid-afeared Britain, it went largely unreported. The Guardian gave it a cursory mention, claiming that a few hundred had turned up. Lie. The Daily Mail also gave it a derisory mention claiming that it was anti-vaxxers at work. Another lie. Fortunately, the event was recorded for posterity and can be viewed on YouTube. It is powerful, heartening and underlines how strongly the general public feel. Well, those not too cowed or lobotomised to take to the streets.

The thousands of people of all socio-demographic groups, of all colours, from all over the UK came together to protest about the erosion of personal freedoms. They were peaceful, even joyous, smiling, and chatting with bystanders. There were courageous scientists, doctors, nurses – and even nuns were there too, all wanting to show support for a cause that is gradually taking force and uniting the exhausted and depleted electorate.

They let off colourful flares and carried banners requesting the return of liberty and the end to overreaching police powers. They chanted and sang. They talked about the future of children on the planet, the need to give them a voice, to allow them to grow up in a world where they are free to make their own choices. Hear, hear.

The police schlepped miserably along beside them, with no excuse to make arrests or clobber anyone over the head with a baton. There was no justification for tasering anyone and when the force brought our snarling dogs on leashes, a calm man asks them why they felt the need for aggression? It’s a wonderful moment. The police officers actually mumble and look ashamed while the dogs jump about friskily, desperate to return to their van which in fact happened as they had no cause to be there.

So, a dull day for the police but a triumphant day for civil liberties. There may have been anti-vaxxers in the crowd. So what? Why should they not want civil liberties like the rest of us? The majority were simply ordinary men and women demanding an end to state control. I applaud them and had I been in London, I’d have been out there on the streets with them.

Maybe you should have researched the criteria for being on the UK travel green list before writing your article, Anna. It’s got nothing to do with settling Brexit scores and doing back room Gibraltar deals and everything to do with locally vaccinated populations - and as I’m sure you’re aware, we are woefully behind the rest of Spain here in the Balearics. The UK government is putting public health first. Also, why should the Balearics get priority over other tourist regions of Spain?

Kirsty | about 1 year ago

Totally agree that BoJo is throwing his toys out the pram! We were told that it would be looked at by region when they were reviewing the travel list so what happened??!!!! Totally fed up with this! Majorca has such a low rate the decision doesn’t make sense! He’s just trying to keep the money in the UK economy at any cost.

Personally I think Boris did the Balearics a big favour, with just 17% of us vaccinated here, we're obviously a long way from having tourists here safely for us,. I only wish we had simeone like Boris running Spain, like Gibraltar....