Confidential: There's no place like home, wherever you are!

I am probably going to annoy some of this newspapers British online readership, but - after just over two weeks of staying in this part of England I have already noticed a good few differences in the way things happen here as opposed to Mallorca.

I know it’s hardly ‘hold the front page’ stuff, but it’s the little things that tend to attract someone’s attention at first. For instance, I’d quite forgotten that old adage ‘service with a smile’ until this trip back to the olde country. Indeed, I am so unused to this phenomenon that I immediately think that someone is being sarcastic if they do anything other than grunt when I bid them good-day.

You see, living in Spain I find that these sorts of niceties barely ever happen and certainly not at my village shop and local supermarket. I don’t know if in the UK service workers of all descriptions are brainwashed into being helpful, nice and pleasant, but sure as hell it really spooks me sometimes. Take the other day as I shopped for the cheapest bottle of wine that I could find. “Hello” that nice chatty lady at the till exclaimed - “How long are you here for this time?” Followed by - “I went to Mallorca once, it was very nice.”

Blimey, I thought, that’s a bit of a worry and no mistake! Anyway, I think you get my drift especially if you have ever been in at a check-out in your local supermarket and the person behind the till doesn’t make eye contact even once during the whole process. As in “You have a nice day” - Not! I think that it is inevitable that someone based in Mallorca should try and equate what is the ‘norm’ at home, yet rather left-field here in middle England. In trying to explain my apparently weird prejudices in this regard, I need to state that pre-pandemic we would visit the homeland for most of August and the Christmas holiday period.

It's a barmy bin collection!

So within that context, I will rather nervously place before you a number of differences I have found between here and there! Rubbish collection, now that’s a good place to start. Without a shadow of doubt the rubbish collecting regime in Mallorca is infinitely better than in the United Kingdom. Let me explain. It might be because Mallorca is a tad warmer than Cheltenham every month of the year - but, household rubbish collection is five times more efficient than in Blighty.

It is probably because of the heat, but you would have to be very unlucky if when you deposited your trash at the local roadside and it was still there 24 hours later, let alone up to three days! Further to this fact, I often find that the community garbage deposit areas are more often than not full to overflowing and remain so for days on end. 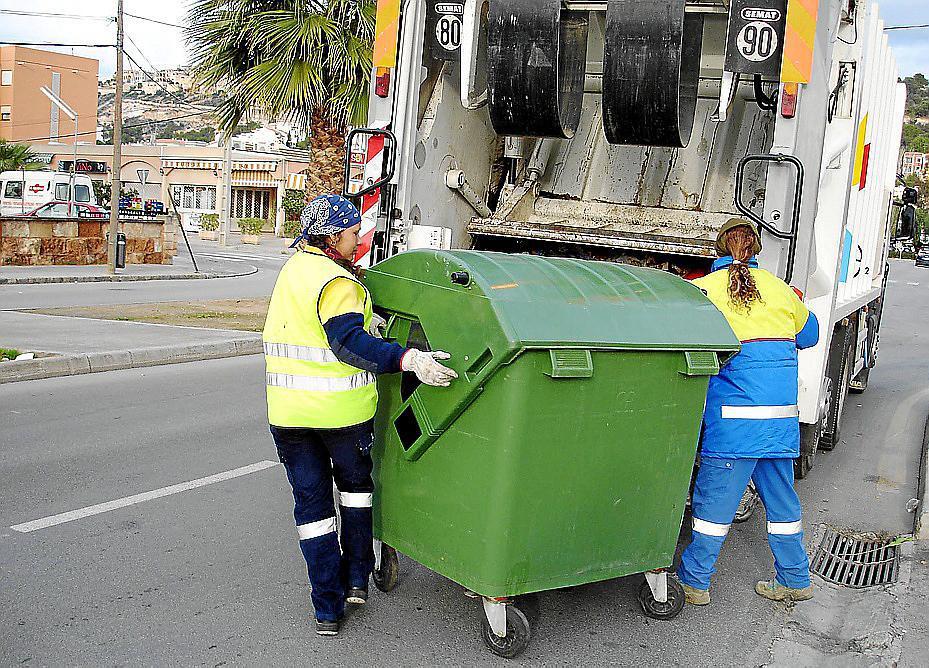 Furthermore, everywhere you go - whether it be in suburbia, town centres or down an average street, you will always find green bins everywhere, waiting and waiting to be emptied at some point or another. It is the first thing that I notice when I arrive here, large green wheelie bins in front gardens, patios and lawns - it’s as if they have taken over the country, just sat there waiting to be emptied noisily one morning and slung across the pavement and beyond.

As we move on to the third of my observations (okay obsessions!) I’d like to compare the difference to British and Spanish attitudes to any type of roadworks. For once, I will not announce the winner in this category as I believe that both systems are deeply flawed.

In Mallorca if there is an accident on a major road, a mini diversion will be set up diverting traffic for about 30 metres with a nervous bloke with a red and green flag the sole arbiter of sensible driving. He often looks terrified! In my village, on a regular basis you will find men working down a ‘manhole’ trying to shut off the water supply locally with just two plastic bollards placed a metre apart saving them from certain decapitation.

Way to go! On the other hand, here in my part of England, and it has to be said, the rest of the country, that same incident would have the through traffic shut down with a proper traffic light system for over a mile in each direction. I know this, because everywhere I go on this trip there seems to be roadworks of one type or another seemingly going on for miles with quite frankly no-one actually doing any digging and stuff.

Empty shelves - a number of reasons

Going back to my original point about shops and shopping here in the UK, I had an interesting conversation with the manager of my local Co-operative store. Being somewhat nosey as my profession demands, I trapped her by the canned goods section of the store and asked her why the shelves were so empty. Well, strictly speaking I didn’t mean empty as in nothing - just everything in short supply.

It appears that there were a number of contributory factors to this state of affairs. Firstly, certain lorry drivers were taking strike action against their employers, secondly - this ‘pindemic’ nonsense was causing havoc across the retail sector with many shop workers self isolating thus causing a real problem in staffing. It was also noticeable that many of the middle-aged women who were usually the mainstay of the store were being replaced (maybe not permanently) by young men in particular.

Finally and perhaps intriguingly, the store manager also mentioned the fact that Brexit had apparently caused a lot of disruption in the food distribution industry and she saw that as a potential long term problem for certain types of goods. I also have to say that she made this point without the usual and obvious political spin on the subject.